Arrowhead Spring Vineyards is located in Lockport, New York, in the northern part of the state. The winery opened in February 2008 and is owned by Robin and Duncan Ross. Duncan is also the winemaker.

When I was looking for suggestions of wineries to visit in the Finger Lakes, one of the people suggested if we had the time to make sure we visited Arrowhead Spring Vineyards. As it turned out, we were able to stop by for a quick visit. 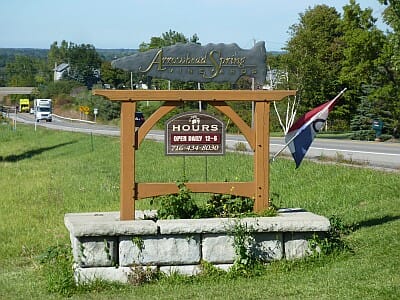 We drove by the vineyard which is seven acres and 8,000 vines. The winery is built into the hillside and the tasting room is across the driveway. We were greeted by our tasting guide when we entered who we learned later was James, Robin Ross’s son. 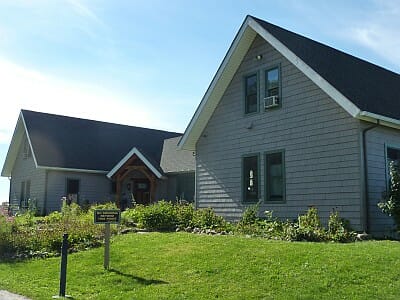 There is a tasting fee per wine with a higher fee for Ice Wine. You can get a large pour for a higher tasting fee for most wines. Tastings are done while standing at the tasting bar and the tastings are poured from the uncorked bottles. 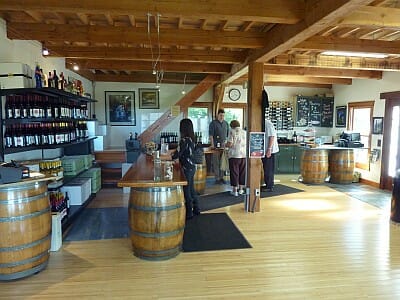 The winery focuses on natural systems from the organic farming in the vineyard to cold stabilizing their wines by moving them outside during the winter to be more environmentally friendly. 75% of the grapes they use come from within 15 miles of the winery except the Ice Wine which comes from Canada. Arrowhead Spring Vineyards produces 5,000 cases of wine a year. 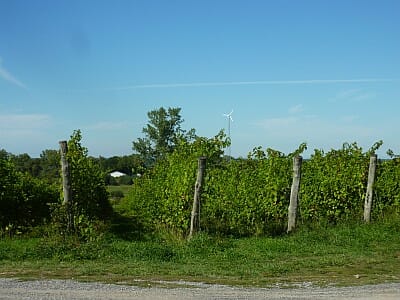