Hermann J. Wiemer Vineyard is located in Starkey, NY in the Finger Lakes. Hermann J. Wiemer emigrated from Bernkastel, Germany, in the 1960s bringing with him over 300 years of family winemaking tradition. He believed that Riesling and Chardonnay could grow nicely on the western side of Seneca Lake and first planted the vineyard in 1976. The winery opened in 1979. 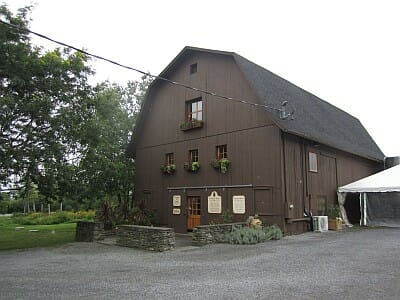 We arrived at the winery which is in a barn-like structure. You first enter the gift shop and are led to the tasting room which is located in the production area. The winery is one of the few on Seneca Lake where you do a tasting in the production facility. 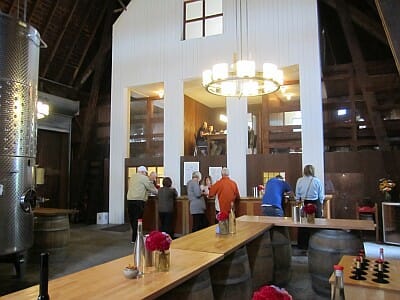 Tastings are done while standing at the tasting bar and there is a tasting fee for your selection of five wines. There is also Reserve wine tasting available for a fee per wine in addition to a higher priced wine. The wines are poured from the uncorked bottles. 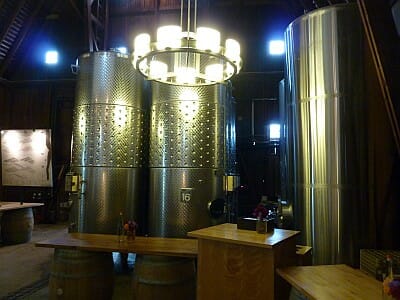 The wines are all estate grown wines. Hermann J. Wiemer has three vineyard sites comprised of 76 acres of vines. The three vineyard locations are the vineyard next to the winery, the Magdalena Vineyard located 10 miles north of the winery, and the Josef Vineyard also located 10 miles north of the winery. The Josef Vineyard features 30 year old plantings of Riesling and Chardonnay, as well as a one acre block of Gewürztraminer which was planted in 1967. This is the oldest planting of all New York vineyards. 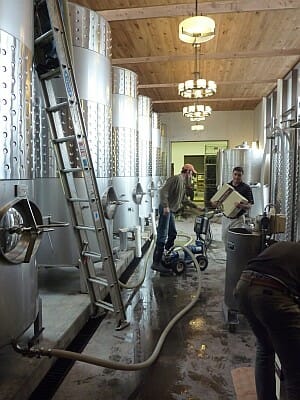 Hermann J. Wiemer has a grafting business for grafting on rootstock. They graft around 250,000 vines per year for distribution throughout the country, and they do this mostly in the winter.

Some of the wines available for tasting are:

There is also a selection of Reserve wines which are not available for tasting but can be bought by the bottle. As mentioned previously, there is a nice gift shop and Hermann J. Wiemer has a wine club called the Capsule Club.