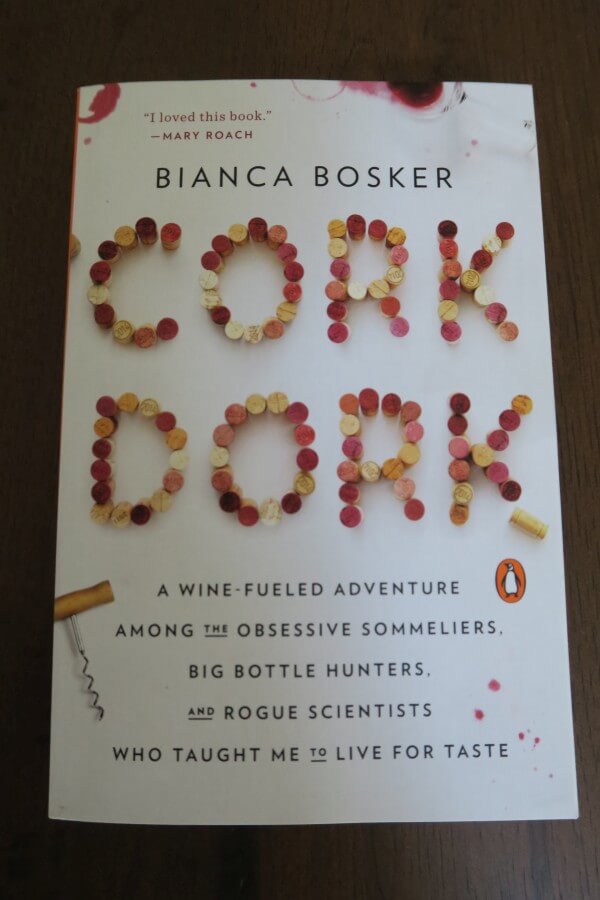 In Cork Dork: A Wine-Fueled Adventure Among the Obsessive Sommeliers, Big Bottle Hunters, and Rogue Scientists Who Taught Me to Live for Taste, Bianca Bosker takes readers along on her journey from a journalist with a passive interest in wine all the way through taking the Certified Sommelier exam from the Court of Master Sommeliers in a life-changing whirlwind year. It all started when she tagged along at a business lunch with her husband and the conversation turned to wine and sommeliers. Bianca typically wrote about digital trends and social media, things that essentially allow people to step away from their senses as they move more into the digital world. Bianca was intrigued by a group of people doing quite the opposite, driving themselves to use their senses at a higher level, sommeliers.

Bianca decided to go all in and devote herself to learning as much as she could about wine and the people that obsess over it. She set a goal to take the Certified Sommelier exam about a year from this revelation, many would think a foolishly lofty goal. Bianca begins her journey by landing as a wine cellar assistant, not so affectionately known as a cellar rat, at a trendy restaurant in New York City. She used this as a means to not only learn more about wine, but to build her network, open more doors, and push to the next level.

Madeline Puckette of Wine Folly called Cork Dork the Kitchen Confidential of wine. I see the connection as Cork Dork gives an in-depth behind the scenes view of the New York City world of wine. There are lots of interesting interactions with passionate and sometimes esoteric people doing everything they can to improve their craft. She shows how the wine side of fine dining restaurants work, and even the debauchery that can be brought about by the obsession over ultra-rare and expensive wines.

Cork Dork does a great job of bringing readers along Bianca’s journey, illustrating how the journey affected her personally and what it meant to be increasingly vested as a wine professional. The palpable pressure for advancement in wine awards and achievement in Sommelier competitions is felt in Cork Dork. Years of preparation can fall apart with what many people would consider to be a miniscule misstep. She learned about how it’s more than fun and games for some people, that furthering one’s wine education was a means to a better paying job, and in turn, being able to better provide for one’s family.

Cork Dork also covers a diverse array of topics in the wine industry and society. Have tasting notes gotten out of hand with language that’s more whimsical than useful? A valuable question she took personally and provided a lot of insight through her experience with Ann Noble, the chemist from UC Davis that invented The Wine Aroma Wheel, one of the most used tools to formalize wine tasting.

Bianca travelled to a medical conference in Germany to get a deeper understanding of the sense of smell. She participated in sensory tests where she drank wine while undergoing an MRI scan to see how wine triggers reactions in the brain. She also attended a large wine conference in California and visited the lab of a wine mega-producer to see what goes into essentially engineering many mass market wines. It started with consumer tasting panels, scientifically nailing down a flavor profile, then a lot of tinkering to make the target product widely reproducible and consistent, all while keeping in mind that the average price of a bottle of wine in the U.S. hovers around 10 bucks.

While Cork Dork goes pretty deep into some topics, it’s written in an informative way so the average reader won’t feel left out. I found Cork Dork to be very well-written, engaging, entertaining, and honest while sharing a lot of great info about wine, the many facets of the industry, and the people that make it all tick.

Thanks for the review Andrew. I read the book myself on a round trip flight to California. You’ve captured the essence of the book well. For me I was especially interested in and a little bit angered with the chapter dealing with the chemist visit. I knew there was manipulation going on but not to that extent.