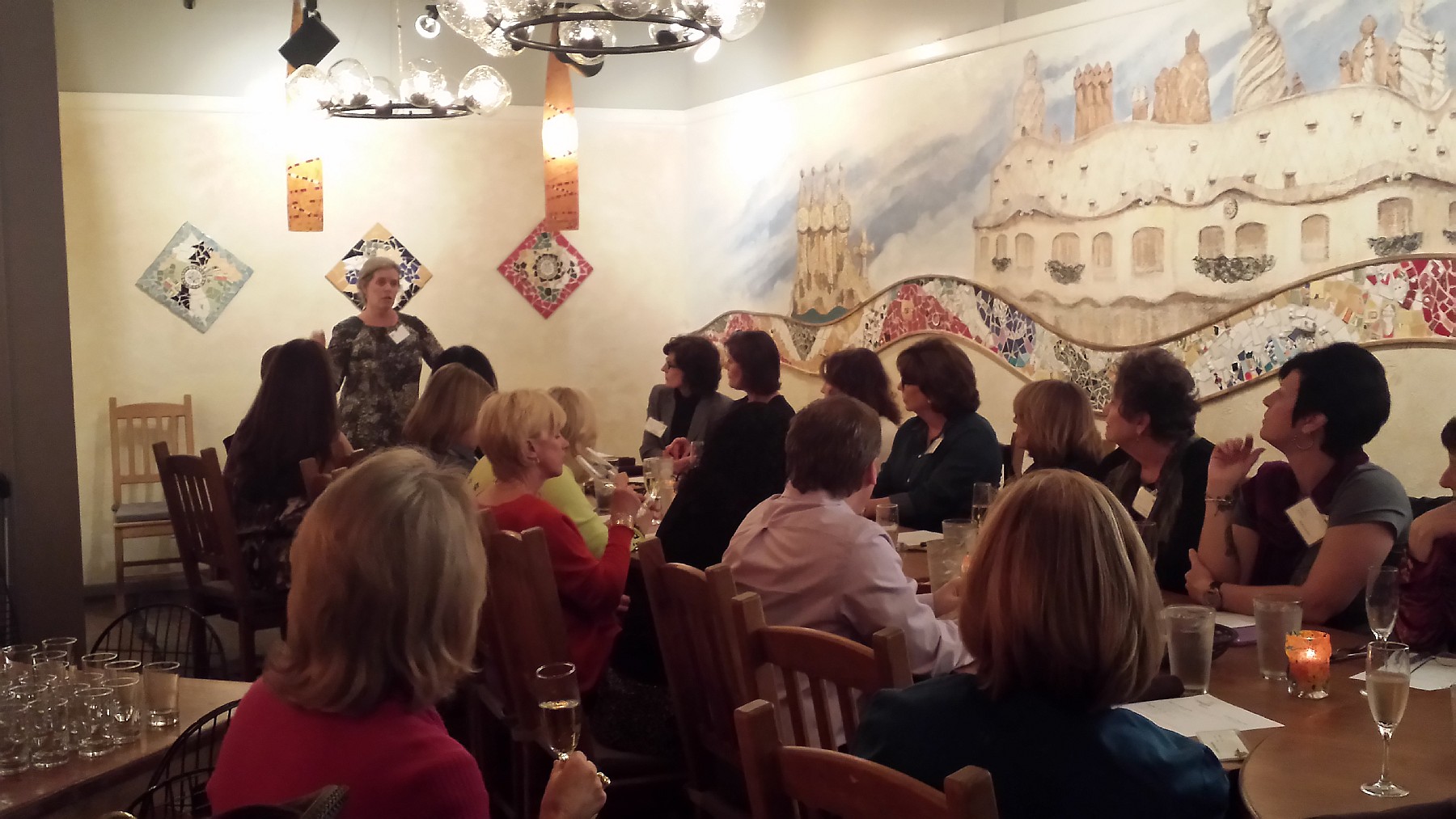 If you’re on social media much at all, I bet you’ve seen at least one—a wine meme like the one below. These memes always seem to feature a woman in vintage garb prattling about her zeal for wine, implying that we gals exhibit over-enthusiasm for wine and have done so since time immemorial. 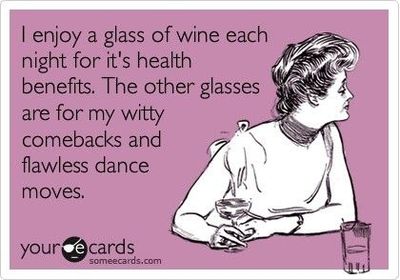 Perhaps I’ve done my part to contribute the stereotype as both a woman and a lover of wine, but on the other hand, I belong to an organization whose goal it is to shatter these misperceptions through education and enlightened wine appreciation; it’s called Women for WineSense.

I first joined the Dallas Chapter back in 2010, and then my membership lapsed for a bit until I picked it back up again last year, much to my delight and enjoyment. Dallas has one of the most active, well-run chapters in the U.S., led for its inaugural seven years by Karla Barber, a sommelier and wine educator. Along with the other board members, Karla has done an excellent job building up our chapter. Just this past Tuesday, I attended our annual Chapter Review meeting at Café Madrid, which is owned by another founding member, Donica Jimenez. On a side note, this April Donica is celebrating a successful 25-year run as a landmark Dallas venue for wonderful Spanish wine and food.

To provide a bit of background on the larger Women for WineSense organization, it was founded in Napa in 1990 by Julie Johnson of Frog’s Leap Winery and Michaela Rodeno of St Supery Vineyard and Winery. Its original mission was to promote women working in the wine industry, and as it evolved, it became not only one of the premiere resources for wine education and networking, but also a welcoming organization for people simply in love with wine.

And by the way—as our own Jeff Cope recently discovered, you don’t have to be a woman to become a member.

Last year, among other things, we learned about the wines of South Africa, compared and contrasted Chardonnays and Pinot Noirs, and sipped our way through Port wines paired with some delicious tapas from Café Madrid. Most of the events include an educational component, but some are simply for fun, like the annual Holiday Party.

Here’s another fantastic factoid—if you’re a member, you can go to any event at any chapter anywhere in the country and receive the member discount. Even if you aren’t a member, you can attend any event anytime, as long as you reserve your spot online and pay the registration fee (albeit without the discount).

After we concluded our chapter business, we launched into an interesting panel discussion led by Donica, Karla, incoming President Susan Via, and board member Stephanie Wetherill, who is also an instructor for the International Sommelier Guild. Stephanie teaches the sommelier training program at El Centro Dallas, which is another resource for wine education for both those serious about advancing their career in wine or just becoming a well-informed connoisseur.

Our discussion at our February meeting focused on how restaurants build their wine lists, and I learned it basically comes down to these foundational components: 1. Restaurant theme or concept; 2. Patron demographics; 3. Framing and organizing; and finally, 4. Wines you and your staff like and find easy to sell. After all at the end of the day, the point is to make money from your wine list. 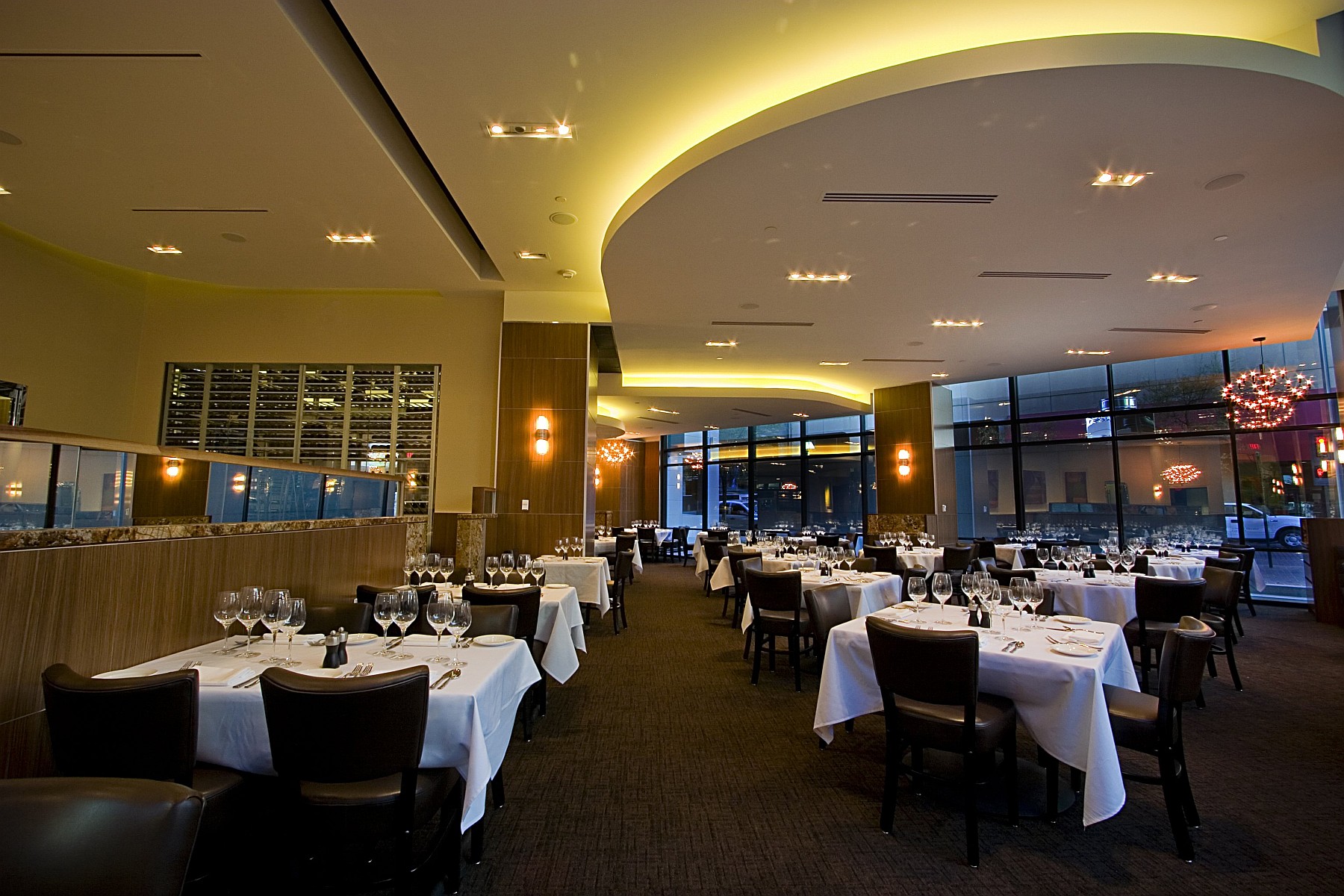 We also took a look at some wine lists from some of the hottest restaurants around DFW, include Grace and Gemma, and it was interesting to review them in the context of the panel discussion. There was a bit more to the topic than what I’m presenting here, but if you want to learn more about topics like these, there’s one sure way to get it straight from the source: look up your local chapter of Women for WineSense, and come join the fun.