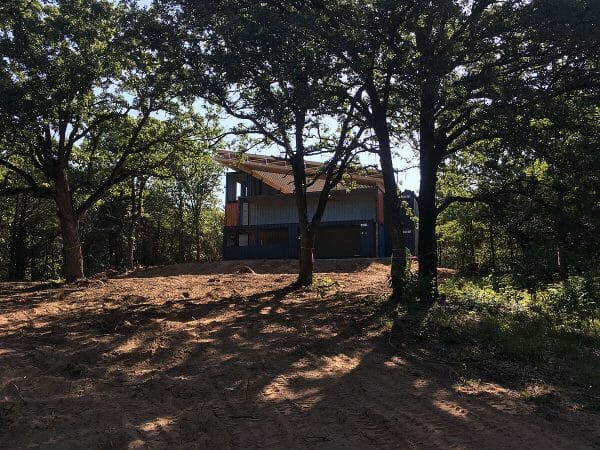 The first Texas-based winemaker to earn a Sweepstake Medal at the San Francisco Chronicle Wine Competition is will be starting his label Deschain Cellars in an innovative shipping-container winery based on the science behind a Yeti cooler.

Winemaker Willem Johnson will join the growing community of Texas AVA wineries with his new project Deschain Cellars expected to open in the fall of 2019 in Gainesville, Texas. Johnson, winemaker for 4R Ranch Vineyards and Winery, and his partner Kristin Mapstone, owner of a boutique marketing agency, purchased the ten-acre property in 2017 with the goal of building a winery out of recycled building materials to launch their own label.

Johnson remarked on this passion project, “The ability to combine a lifetime of experience and research in wine, hospitality, and engineering to build this business from the ground up is extremely exciting! Kristin and I share a pioneering spirit and look forward to helping build the North Texas Wine Country and supporting the revitalization of downtown Gainesville.” 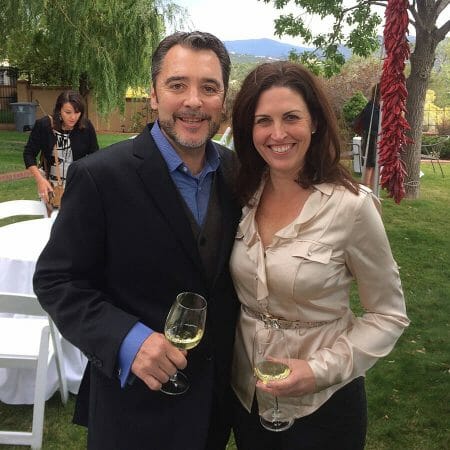 Johnson, a wine and hospitality industry veteran, was the first sommelier hired by Vail Resorts. He spent more than two decades managing their wine program while also making wine for private club members as the co-owner of Churchill Cellars in Wolcott, Colorado. A move to North Texas to be with Mapstone and her sons brought him to Muenster’s 4R Ranch where he has been the winemaker since the opening in 2016. His wines have won a host of awards including a Sweepstake Medal awarded to the top seven of 7,000 entries from the 2019 San Francisco Chronicle Wine Competition, the oldest and most prestigious blind tasting competition in the country.

Johnson is the brain behind the design of Deschain Cellars, constructed from ten decommissioned shipping containers and other recycled products. The idea of building with used shipping containers, that would otherwise be littering our country, captured his imagination many years ago. Helping with a science fair project on the insulative capabilities of a Yeti sparked the idea to using some of the same principles to reduce heat transfer with steel shipping containers, essentially making a building-sized cooler to manage cellar temperatures in the Texas heat.

“Helping Willem bring his vision to reality has been both exhilarating and challenging,” explained Mapstone. “We consulted a dozen professionals across the fields of engineering, construction, and welding prior to starting the project and got a lot of conflicting advice.” Finally, a collaboration between General Contractor Marc Howland, Equipment Management Services’ Cal Hoskison, and Done Right Welding’s Matt Baugh, resulted in the container structure that was erected in just over three weeks. 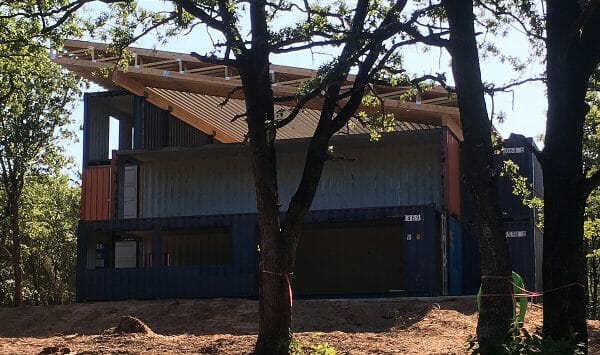 Johnson will divide his time between making wine for both Deschain Cellars and 4R Ranch. While 4R Ranch boasts stunning views of the Red River Valley, Deschain will offer a hip and funky, easily accessed venue with the hallmarks of old-school customer service and approachable wine education. The soft opening is currently planned for late October.