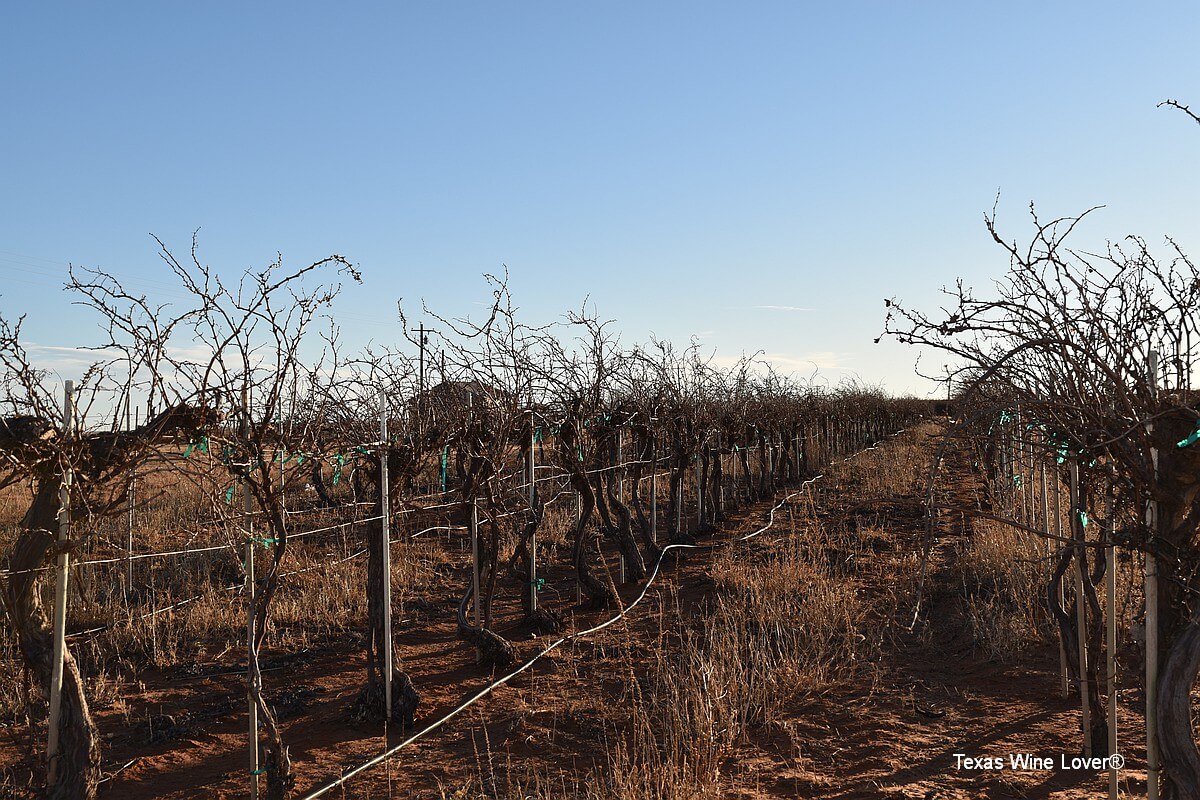 If you go out to the local vineyards today, you won’t find much in the way of greenery. In fact, what you will find is what appears to be dead vines with lots of gnarled limbs and vines wrapped around. So how does it go from looking like a big mess in February to sprouting with new growth in May? One word – pruning.

This is the time of the year that pruning of the grapevines takes place. They should be pruned during their dormancy, usually done in late winter.

The biggest problem most people make when pruning, especially newer grape growers, is simply not pruning enough. Light pruning does not promote good fruiting like a heavy pruning does. One of the keys to quality fruit is a good job of pruning.

A trip out to the Canada Family Vineyard near Plains, Texas in the High Plains, and owned by Dwayne and Brenda Canada, and their son and his family – Daniel and wife Christy and grandson Garner and Grey, showed how important good pruning can be and also, how difficult it is to do a quality job. Brenda gets out there like an old pro and just gets to clipping the vines. She knows exactly where she wants to cut and what she wants to leave. She watches for those buds closer to the cordon and removes all the other canes. What starts off as a gnarled mess, is soon a pristine row of grape vines ready for the new season. 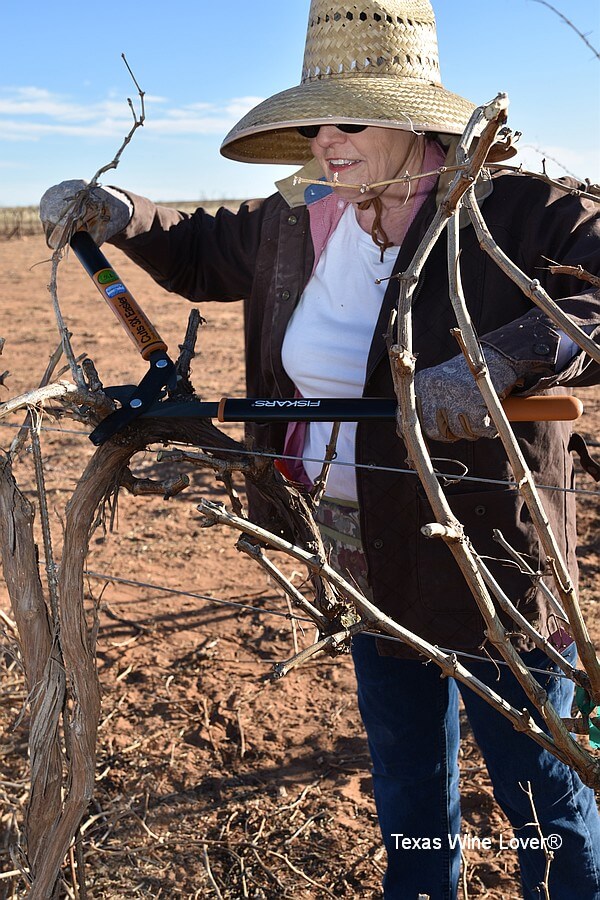 The Canadas use what they call the “Newsom Method” of trimming where the vines wrap horizontally around the support wires. Brenda feels like this method enables them to have a larger grape producing area with more support.

Brenda carefully counts three buds and then cuts the cane off leaving a spur with three buds on it. She leaves ten to twelve spurs on each cordon. For a novice first time pruner, it is a hard moment to decide where to cut and which to leave. It appears to be cutting off production, but common sense wins out and adequate pruning is done in the end. 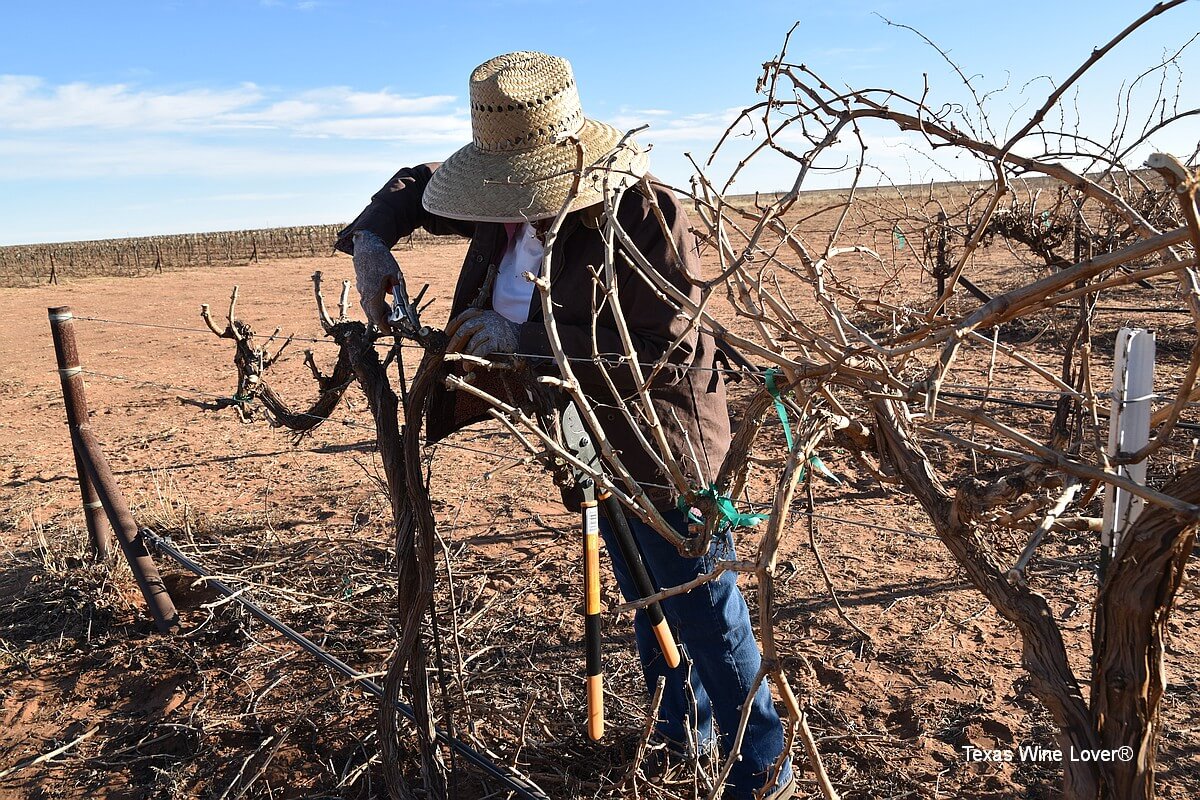 Pruning is done differently on younger vines than it is on the older vines, already in production such as those the Canadas were pruning.

In the first couple of years, growers select one or two of the best canes and remove all the others. Lateral canes develop from the node area of existing canes. This throws the vine’s overall growth out of balance.

The goal is to achieve a balanced vine of just the right amount of leaves to fully ripen the grapes. Too much shade from vigorous and unchecked growth causes production of fewer grapes and grapes of a less desirable quality. 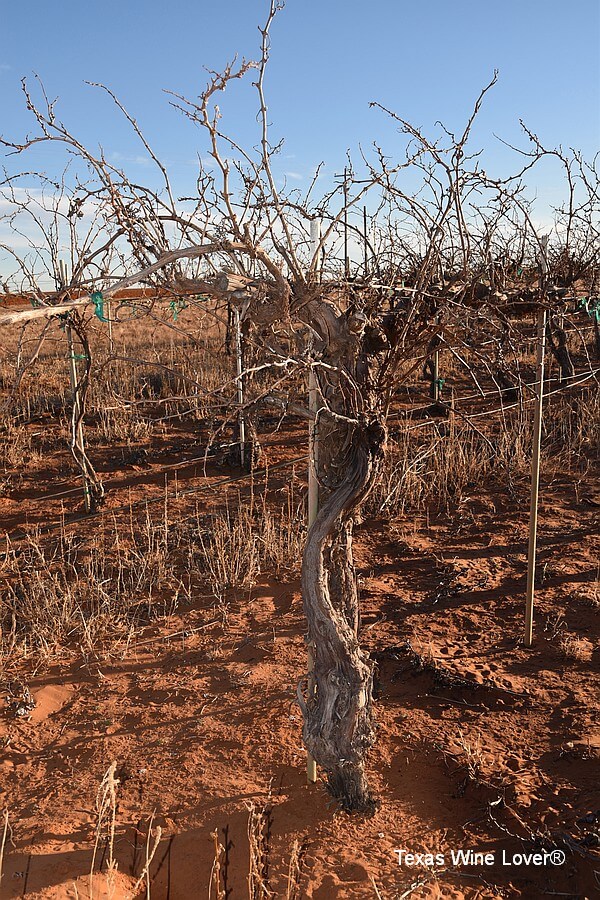 Brenda stated, “Canada Family Vineyard has about 20 acres of vineyard right now. Part of these 20 acres is quite possibly the oldest Chardonnay vineyard in the state of Texas.”

The previous owner had planted the vineyard in about 1986. Due to some family illness, the vineyard had fallen into disrepair. Brenda took it over for the man in an effort to learn about grapes and also to determine whether or not it was something she was going to continue to want to do. “I fell in love with it immediately. The first year I worked it, we made enough grapes for some jelly. The next year, we produced 640 pounds.” From then on, the vineyard has blossomed and has continued to produce.

Brenda is recognized as someone who knows her vines. “If you walk them every day, you know what they are doing and what they need. And you know when they are ready to harvest.”

The Canada Vineyard grapes go to Becker Vineyards where they recently won a Double Gold in the 2018 San Francisco Chronicle Wine Competition with their Cabernet Sauvignon. This is a huge honor for the Canada family. “Dr. Becker stated he usually tells the vineyard owners when they will want their grapes harvested, but he said, ‘Brenda knows. If she says it is time, then that is when they will harvest.’” 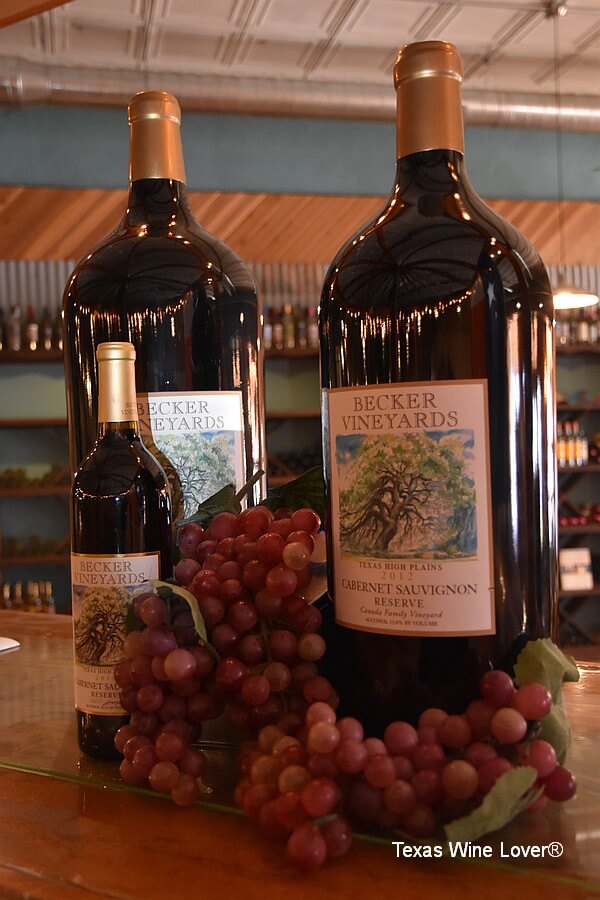 Brenda’s knowledge of the grape industry, and their grapes in particular, is well respected in the industry. Her knowledge has also contributed to other award-winning wines as well.

Their 2014 Cabernet Sauvignon Reserve was a Silver Medal winner at the 2017 Lone Star International Wine Competition.

And the winning is just beginning. The grape industry is fortunate to have folks like Dwayne and Brenda Canada who have such a love for the land and a love for the work they do.