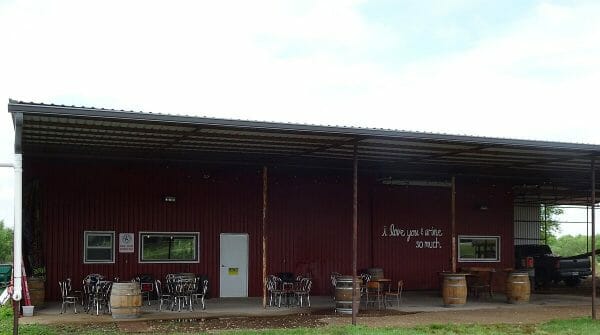 Spirit of Texas Winery is located in Early and is owned by Brian and Moira McCue. The winery opened April 6, 2017.

I first met Brian McCue at the Wine Marketing & Tourism Conference held in Fredericksburg November 2016. After the conference, I looked forward to the winery opening and then getting a chance to visit. The winery opened as Star of Texas Winery, but like other wineries have had to do, they were contacted of a possible trademark infringement and changed their name to Spirit of Texas Winery. 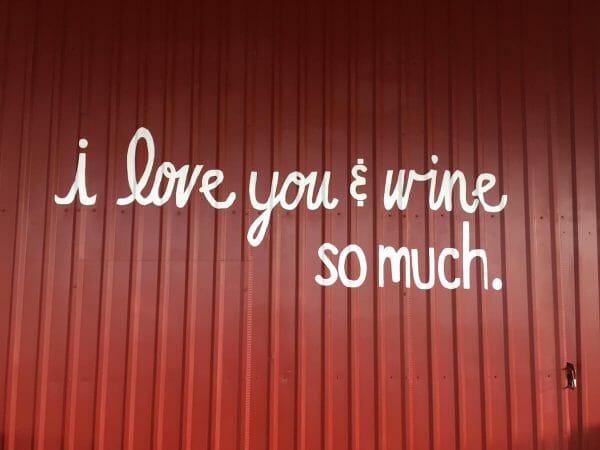 I visited on a Saturday, and the previous day it had rained heavily in the area leaving some places muddy. I was on the road already and did not happen to check Facebook when the winery announced they would be opening later in the day instead of noon because the parking lot was a “swamp.” Thankfully when I pulled into the winery’s entrance, Brian and Moira were outside and they directed me to a parking spot out of the mud and under a covering. I was happy they said I could still do a tasting and as it turned out, others stopped by while I was there too. 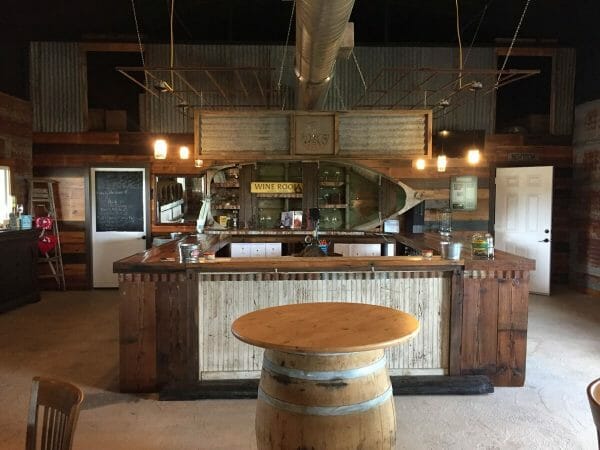 There is a tasting fee to taste their current four wines, plus a fifth wine which will be released in July. Wines use both corks and screwcaps, and the tastings are poured with a measured pourer. Oyster crackers are available on the tasting bar to cleanse your palate between tastings.

These are the wines that were available during my visit:

The fifth wine coming out this month (July) is the 2016 Texian Red from Dolcetto and Montepulciano. All grapes used are 100% Texas, and the wines are currently made by Penny Adams from Wedding Oak Winery. Food can be purchased such as meat and cheese, or just cheese plates. 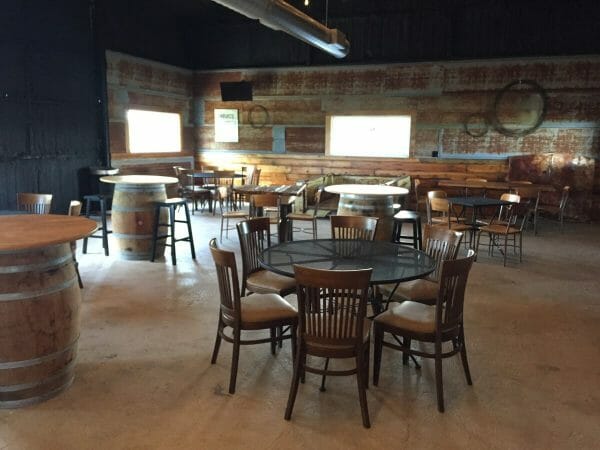 The winery has events such as live music located on the opposite side of the tasting room from the bar. A stage has been built out of a pickup bed showing the ingenuity of the owners, and you can see that same wit by looking around the entire tasting room. There are a number of tables in the tasting room where you can sit to enjoy a glass of wine and listen to the live music. The winery has also had a food truck come out, and are planning on having other types of events in the future. 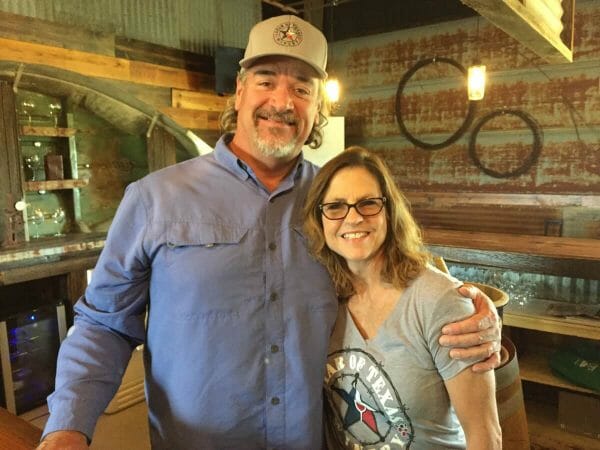 There is a wine club you can join and you can tell from the wines currently available, this will be a wine club you will want to join. For being only open three months, the winery has already gained a following and there are, of course, things that still need to be done. But if you happen to be in west-central Texas near Early, definitely make a stop at Spirit of Texas Winery.