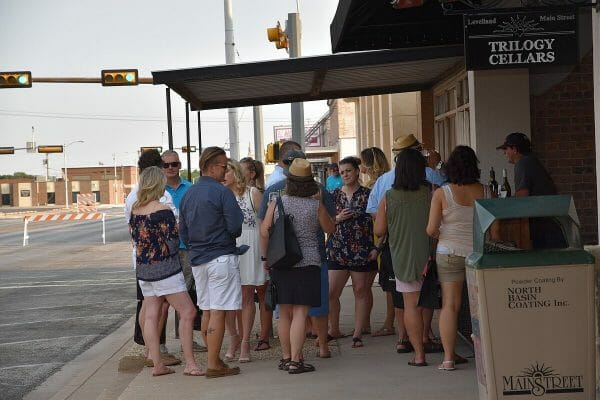 Even triple digit temperatures could not spoil a great evening of fun and fine wines at the Levelland Sip and Swirl event held in Levelland, Texas around the town’s square. The event, planned by Mainstreet Levelland with Missy Passmore at the helm was a huge success. Missy stated over 250 tickets had been sold for the event. Even though the crowd was slow in arriving, due to the heat no doubt, fun was had all around as patrons walked the streets carrying their complimentary wine glass from wine tasting to wine tasting.

Wineries participating in the event included the Bar Z Winery out of Canyon. All Bar Z wines are made from grapes grown in the Texas High Plains AVA. The winery is located at the edge of beautiful Palo Duro Canyon. The founder and Vintner is Monty Dixon, who is nothing less than a scientist when it comes to perfecting the wines produced by Bar Z.

The Bingham Family Vineyards were on hand, braving the heat on the sidewalk and handing out great wines for tasting. The Binghams are well known throughout the state and the entire wine world for the commitment to excellence that shows in every bottle. Their 2014 Petit Verdot won a gold medal and named Grand Star Best of Show for red wine at the recent Lone Star International Wine Competition. In fact, the Binghams were responsible for an amazing 4 Gold, 10 Silver, and 7 Bronze medals at the competition! Betty and Cliff were strolling the streets as their sons poured tastings for the patrons at the event. 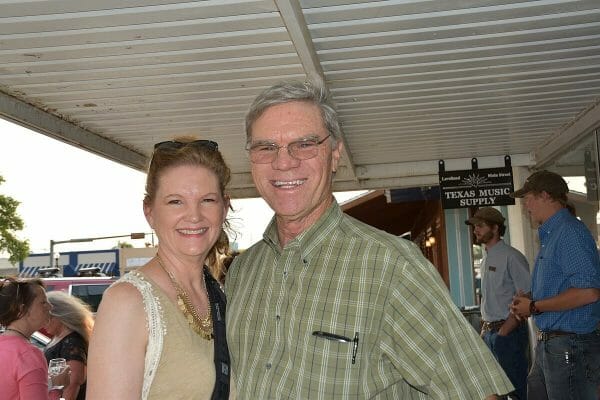 Farmhouse Vineyards, with Nick Seaton and his sister Traci on hand, were pouring tastes of their popular Bloom, Housewife, and Boyfriend. Bloom is a great rosé with a bouquet that boasts notes of early season strawberry, balsamic, and wet stream beds; this wine is both tantalizing and elegant. A beautiful wine that is as delightful as the name! Housewife is a sweet dry white that is pleasing to the palate. Boyfriend is a beautiful white that is a great finish to any hot West Texas day. 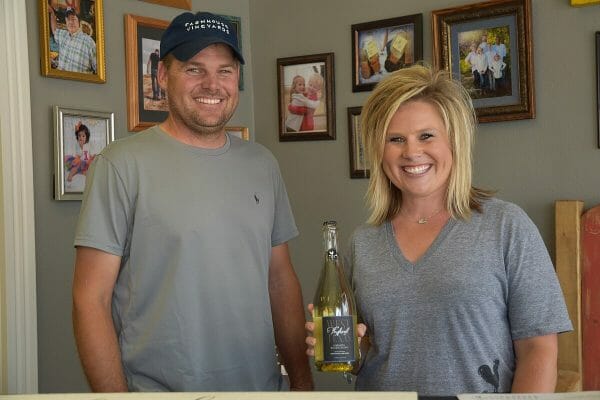 Hilmy Cellars of Fredericksburg was also on hand in the Honeycomb Pie Shop with Kevin McCormick pouring some great tasting wines that he pointed out were made from grapes mostly, if not all, from the High Plains AVA. Kevin stated he loves to come to West Texas and will be back in August for the Grape Capital of Texas Vineyard Festival in Brownfield. Look for Hilmy when you come to this fun event (more information to follow).

Llano Estacado Winery had the fun crew standing out in the sun happily pouring tastes for all who came by. Their “discounted for the day” wines were a true hit. Their Viviano, a Cabernet Sauvignon, was well received by all. This wine is consistently one of the best Texas red wines. And their Red Moscato… This wine drinker immediately made a U-turn back to purchase a bottle of this sweet blush!

McPherson Cellars out of Lubbock was in Levelland in full force to pour some of the best McPhersons has to offer. From their Albariño, made with High Plains grapes to their beautifully crafted Dolcetto, this winery always brings out their best. And why not? They only bottle the best!

Old Man Scary Cellars with Gabe Hisel and daughters Emily and Caroline on hand were pouring some of the more popular wines of the day. Old Man Scary is located in San Saba, but Gabe is a High Plains grape grower himself, and is proud of the product they produce. Rattlesnake Road Vineyard, also owned by Hisel and his wife Carrie, produces some beautiful grapes that go into producing fabulous wines. The Old Man Scary name comes from an old abandoned farm house on the Hisel property that the children thought to be haunted by the Old Man himself. Scary? For sure! 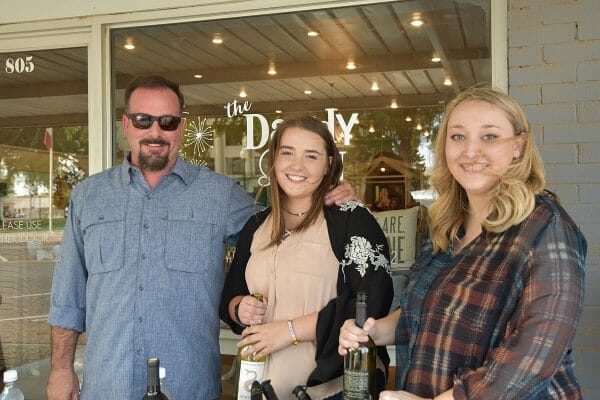 Pheasant Ridge Winery with Bobby Cox pouring proved to be a popular stop for passersby. Pheasant Ridge was started with a vineyard, planted by the Cox family after an intensive search of the High Plains for a site perfectly suited for growing French vinifera wine grapes – a terroir that would produce wines of bold flavor and character. Fifteen aces were planted in 1978, at that time the largest all vinifera vineyard in Texas. So says the website. I don’t know about all that, but I do know that Bobby Cox knows what he is doing and is one of the premier brains behind wines on the High Plains. Their wines prove this. The 2015 Old Vine Chenin Blanc was one of only nine wines to win a gold medal at the 2017 TEXSOM International Wine Awards.

Trilogy Cellars, whose home is right on the square in Levelland provided a great atmosphere for relaxing, laughing with friends and enjoying some of the best wines around. Steve Newsom, Rowdy Bolen, and Chace Hill, along with their families, have committed themselves to every aspect of grape growing and wine producing, and it definitely shows in the product offered by the winery. Their 2015 Relentless and Reserve Merlot were both Silver Medal winners at the Texas International Wine Competition. Their 2016 Pinot Grigio was a Bronze Medal winner. The folks at Trilogy know what they are doing. Trilogy was also named the Supreme Winery of the event by popular vote. 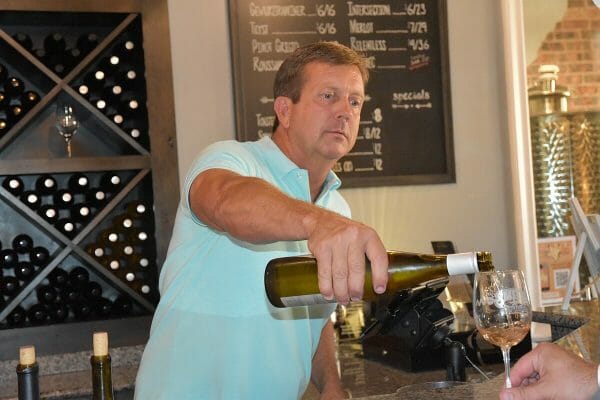 Trilogy also offers live music on the square in Levelland regularly. The charming personalities of the owners and the relaxed atmosphere provided at Trilogy makes this a must stop on any tour of West Texas.

Also represented, of course, was the High Plains Winegrowers Association with Katy Jane Seaton running the show. Katy Jane and her intern Summer Brock were busy pouring a great Sangria with a patriotic twist for everyone.

Missy did a great job of putting this event together from the commemorative wine glass to the insulated wine bag, to the live music on the square, and the night was nothing short of spectacular! 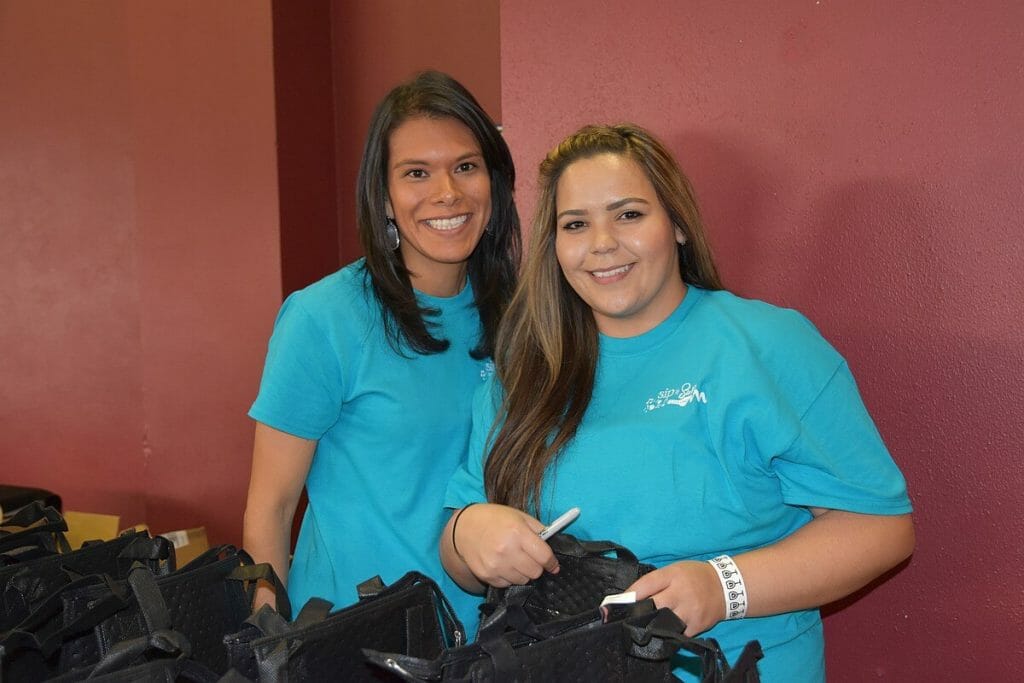 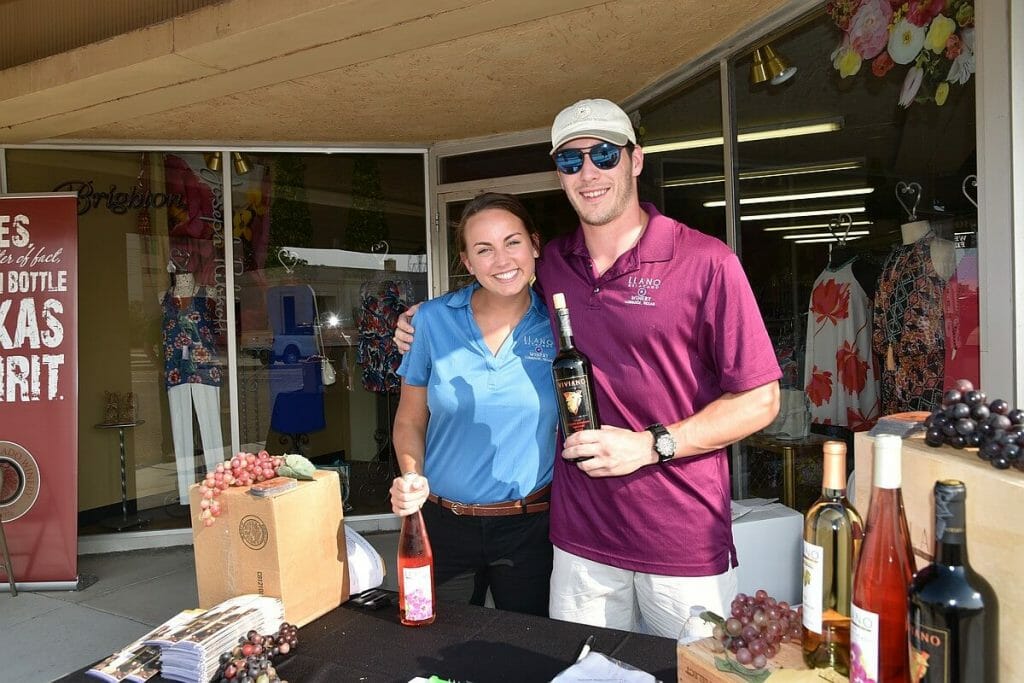 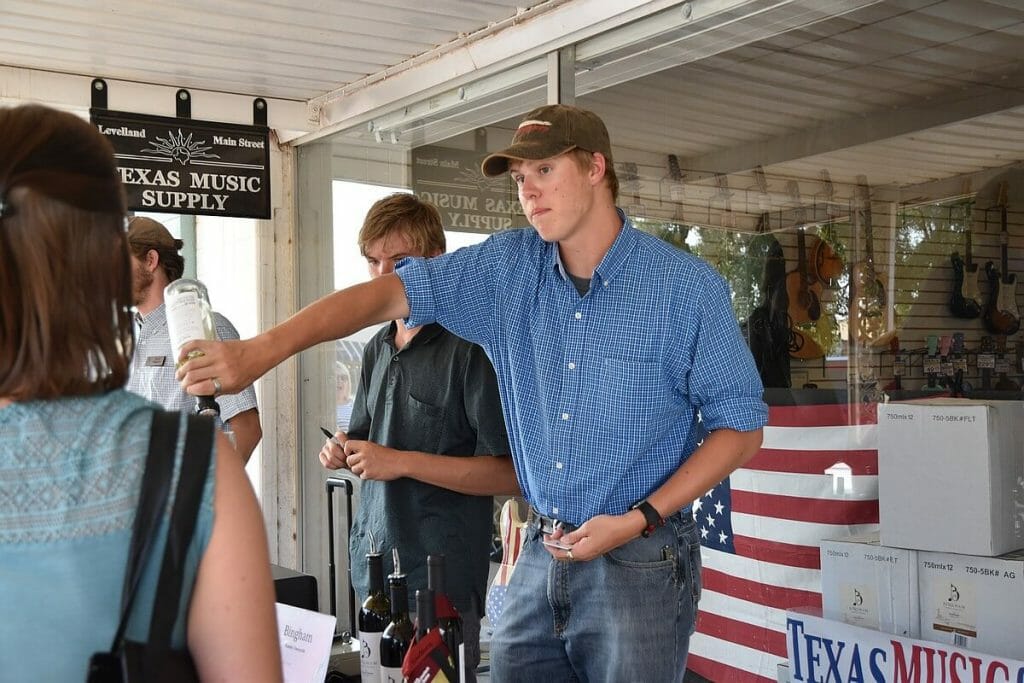 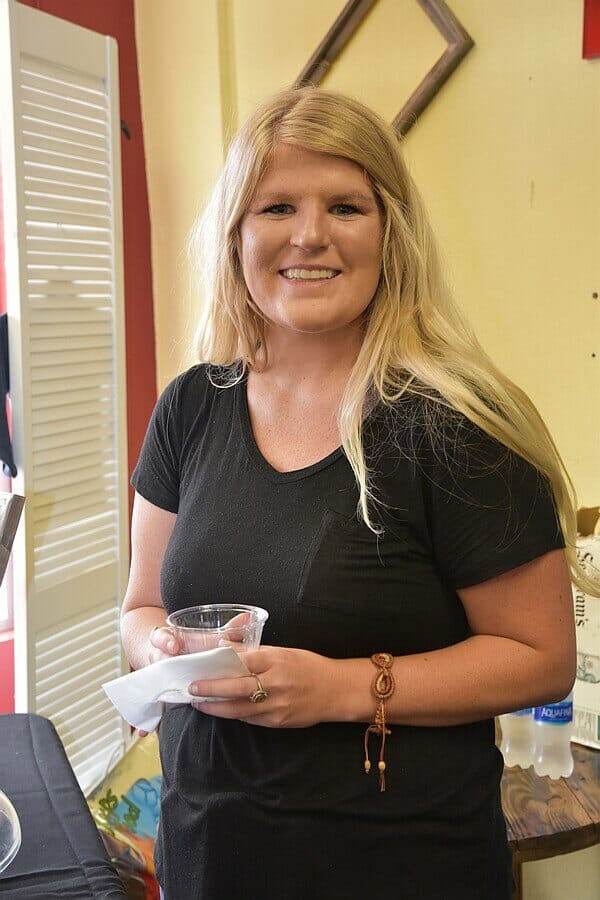 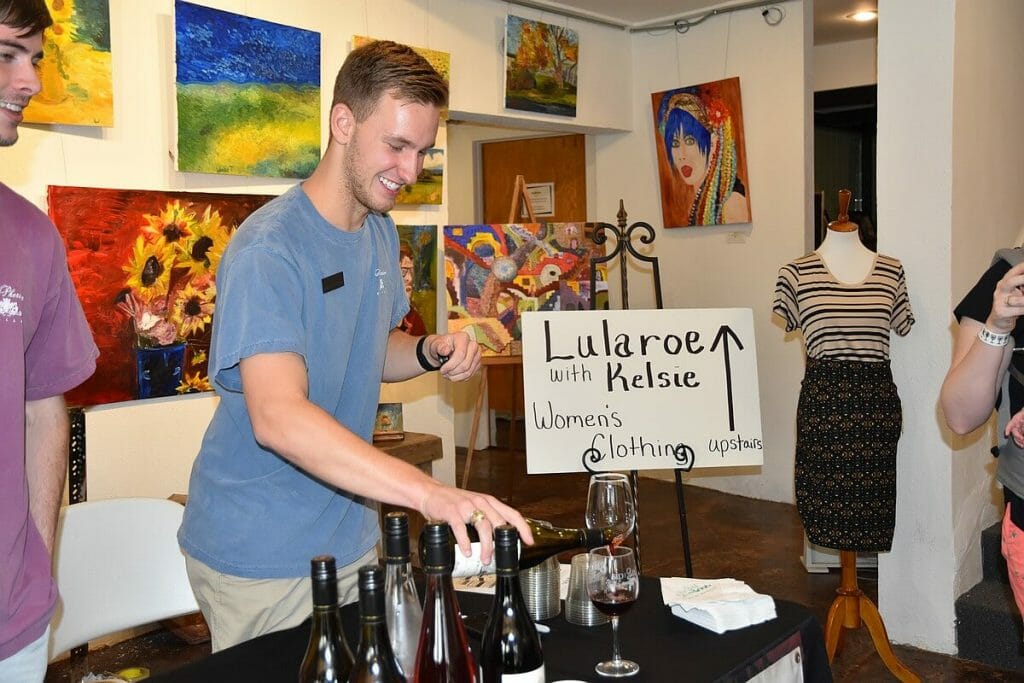 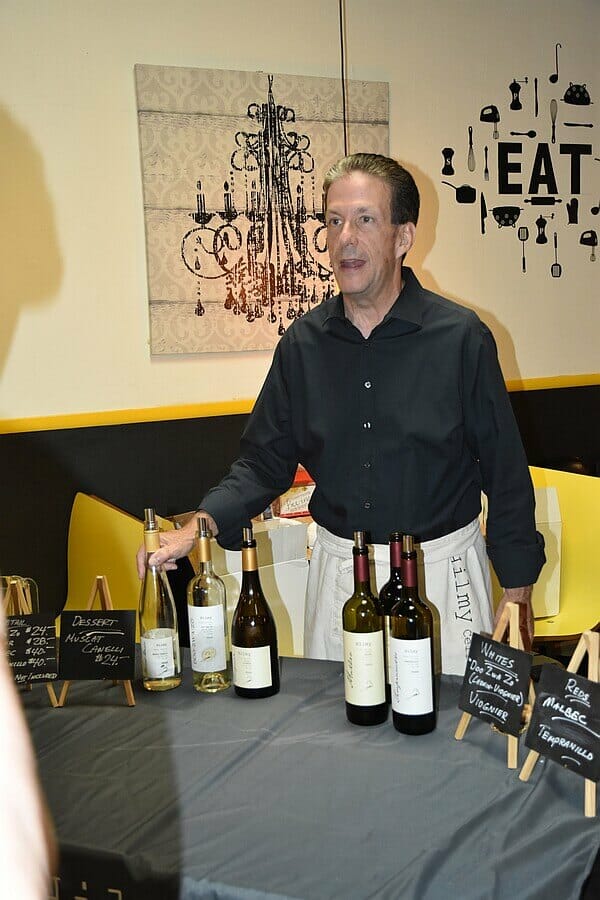 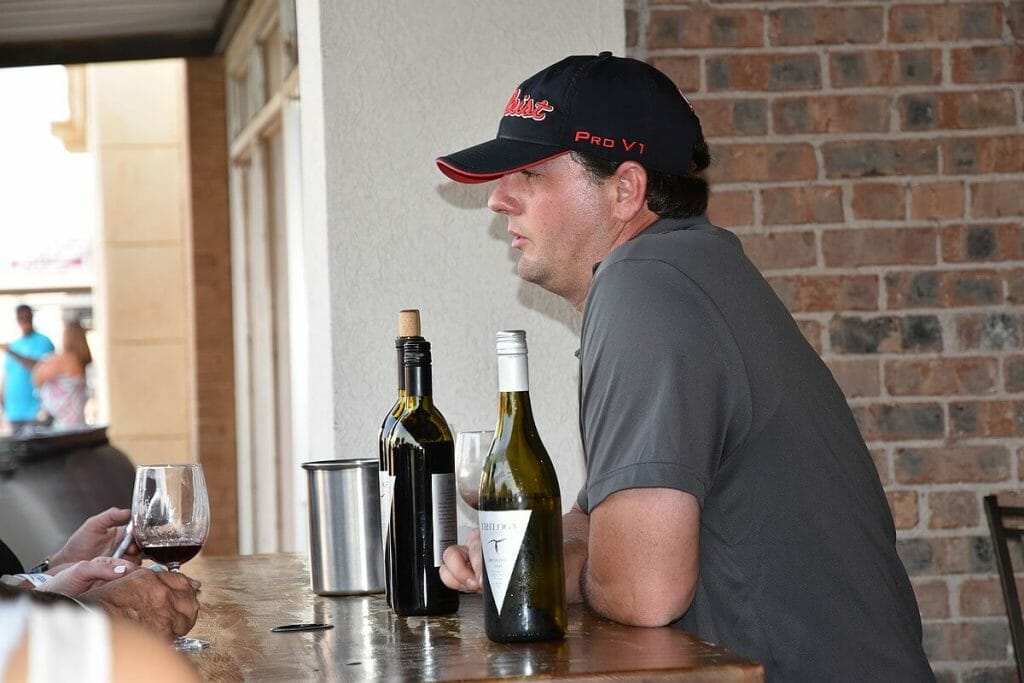 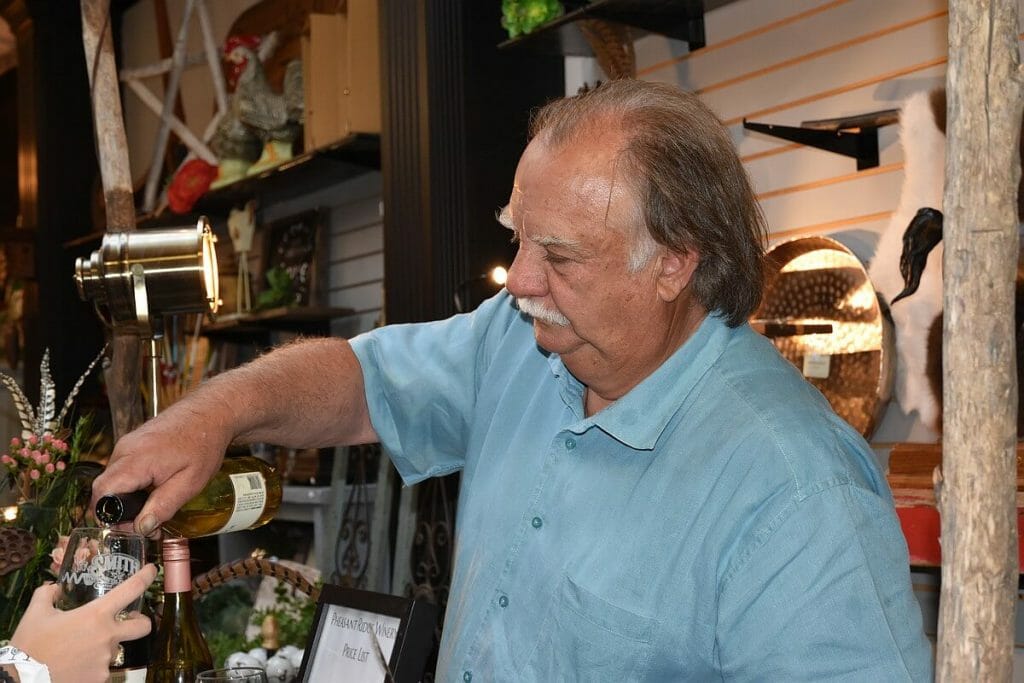