When we made our Memorial Day trip to the Hill Country this year, we wanted to stop by Fat Ass Ranch & Winery again to see what was new. I can’t believe it had already been a year since we were there last and soon after they had opened.

New since last time was a website is now up for the winery: http://www.fatasswine.com. Also the day before we visited the winery, we were driving down Main Street in Fredericksburg and saw the second tasting room for the winery at co-owner Jennie McCulloch’s store “Shoulda Been A Cowboy.” We did not get a chance to stop at the store, but if you can’t make it out to the winery and are instead shopping in town, you now have a place to taste their wines. 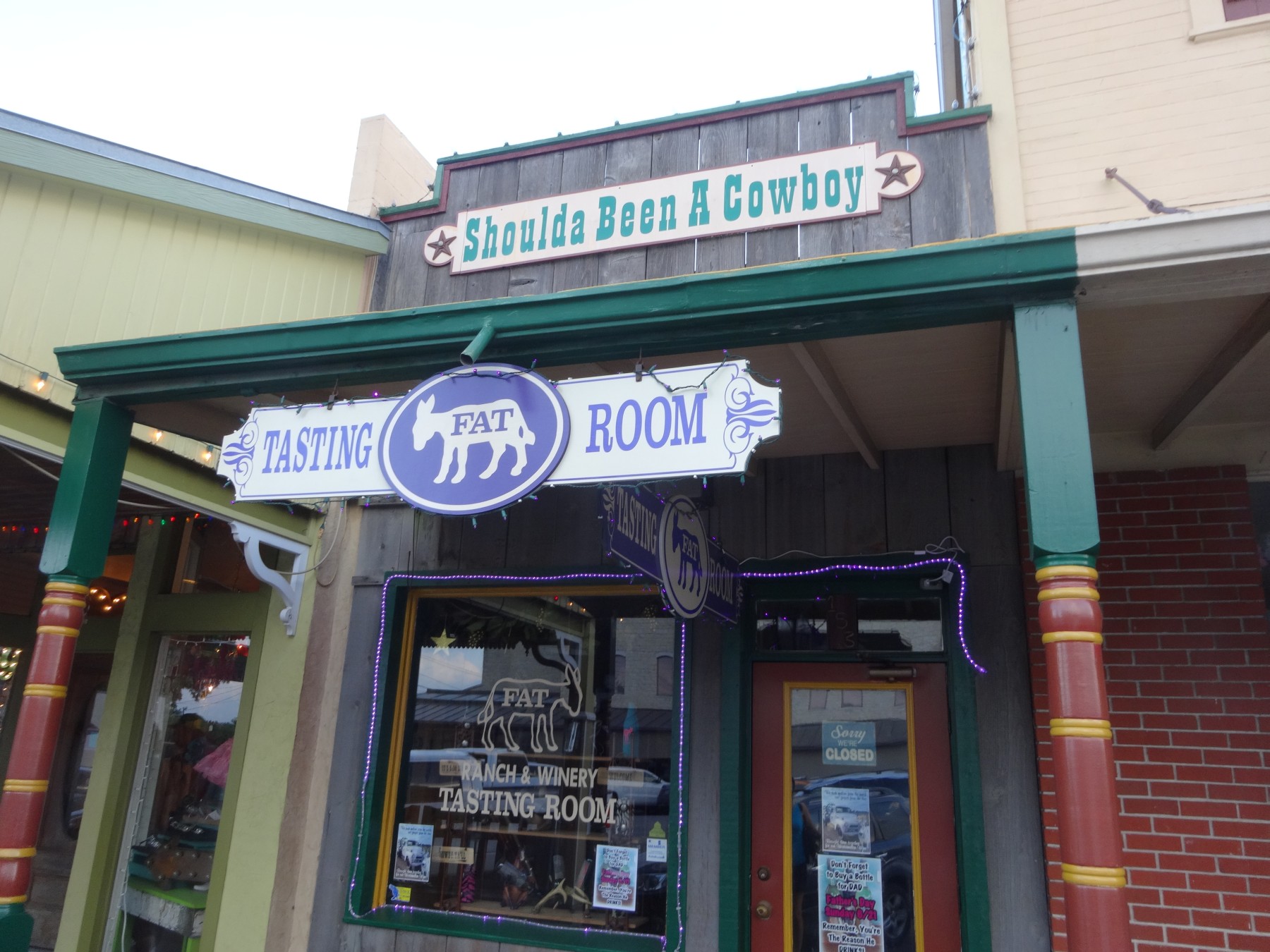 When we arrived at the winery, we couldn’t help but notice the new sign on the side of the building. The décor outside did not seem to change from when they opened, but also new outside is a vineyard planted next to the winery. The vineyard was planted earlier this year and has 400 Tempranillo and 400 Black Spanish vines. 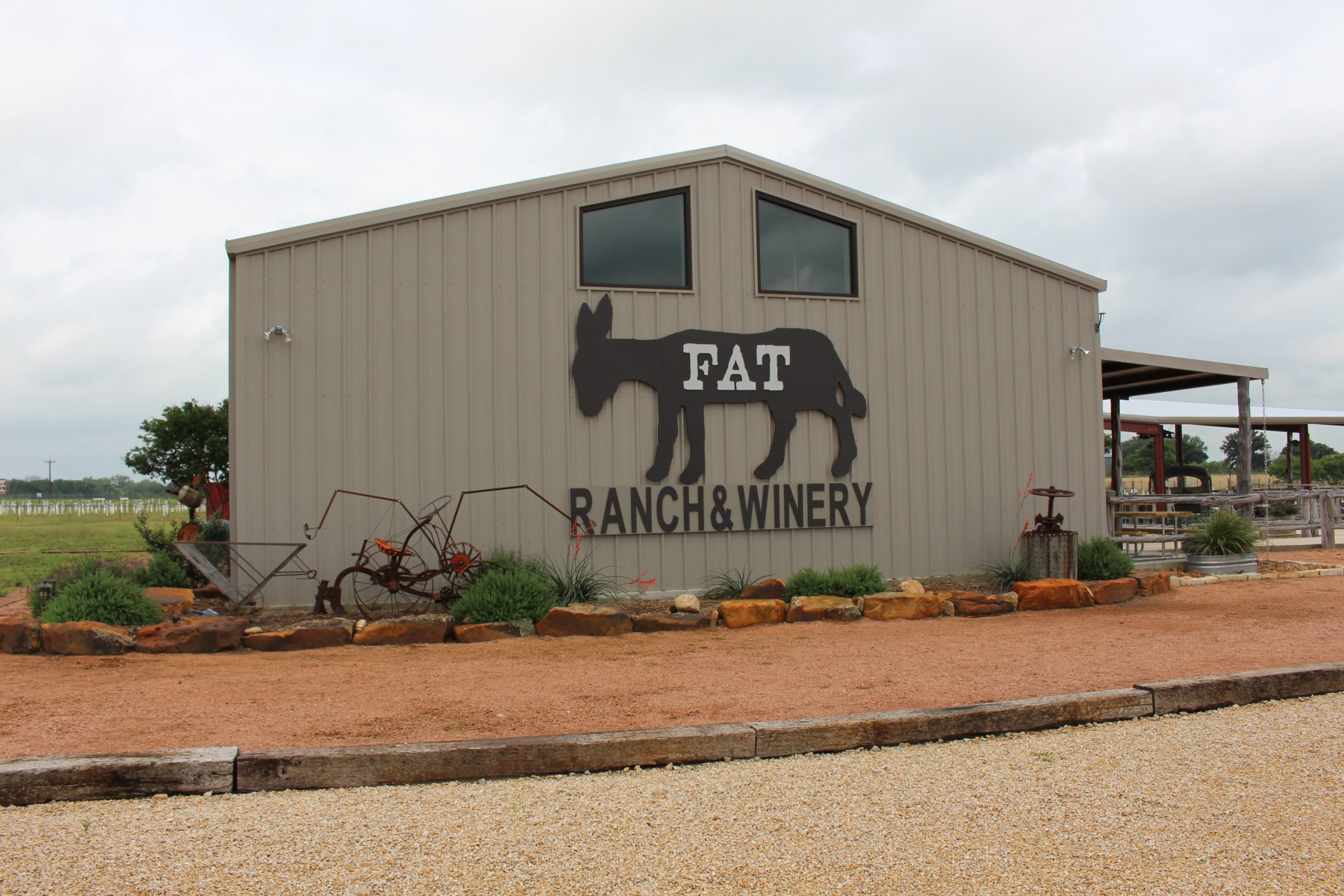 The inside of the tasting room has not changed including the many gift items available. The wines offered are some of the same from last time with one addition on the tasting menu:

While we tried a couple wines, the tasting guide found co-owner Gail McCulloch to tell him we were there and we enjoyed meeting Gail again. He showed us some of the special wines they came out with in the past year including a Texas Holiday Cheer wine around the Christmas holidays, a Sparkling Cranberry, and a Watermelon wine. Of course all wine labels followed the tradition they started by having fun at the winery with their, uh, donkey on the label. 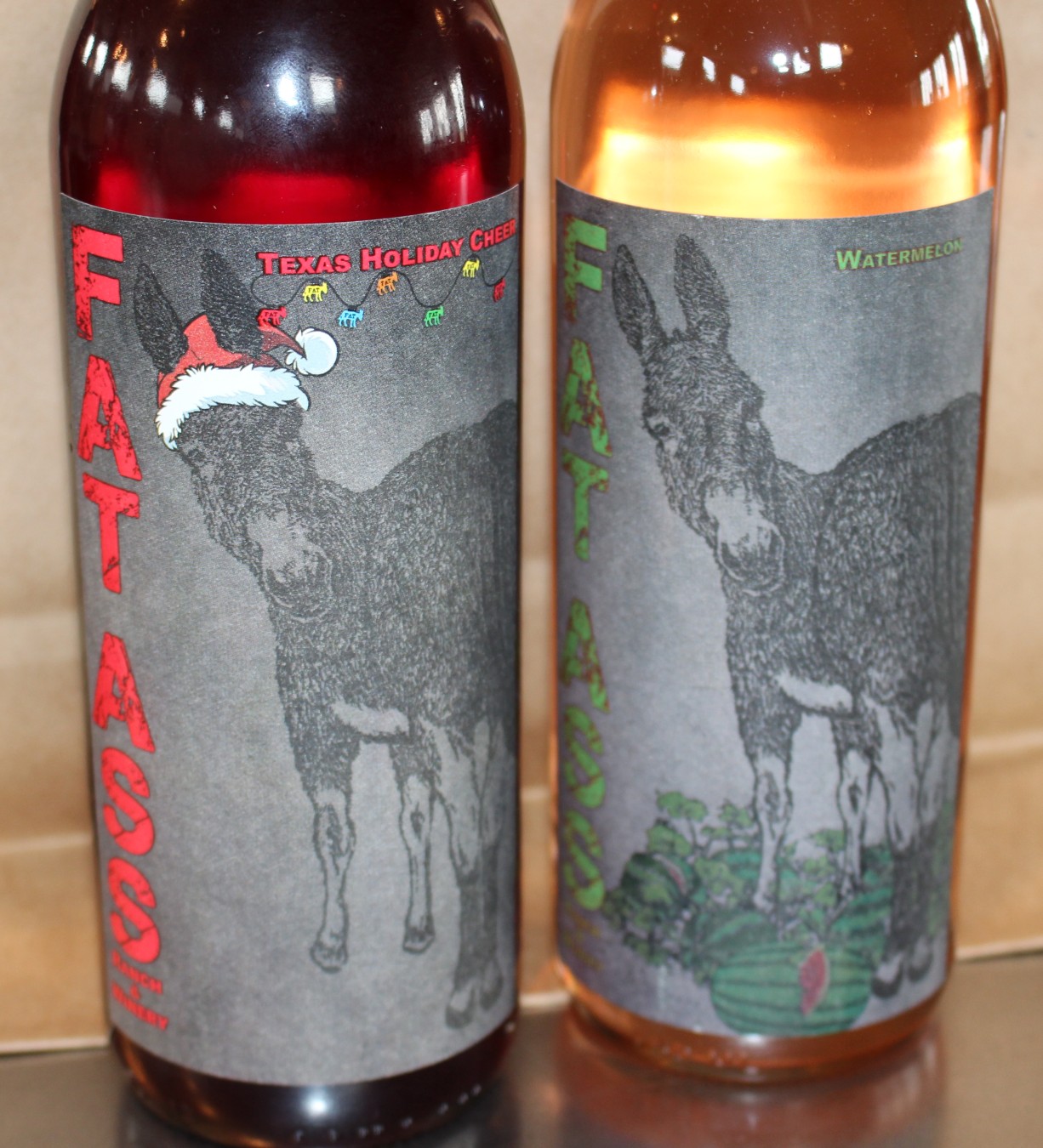 Gail wanted us to taste the Watermelon wine and that was the first wine where I can truly say it had the flavor that is commonly referred to in a lot of wines. You’ll just have to try it to know what I’m talking about, or perhaps we may tell in a later post. The base wine for the Watermelon wine is Chardonnay and Sauvignon Blanc.

Prickly Pear Jalapeño wine will be coming out very soon, if it is not out yet. Available now is frozen sangria made with some of their wine and what we tasted was very refreshing. 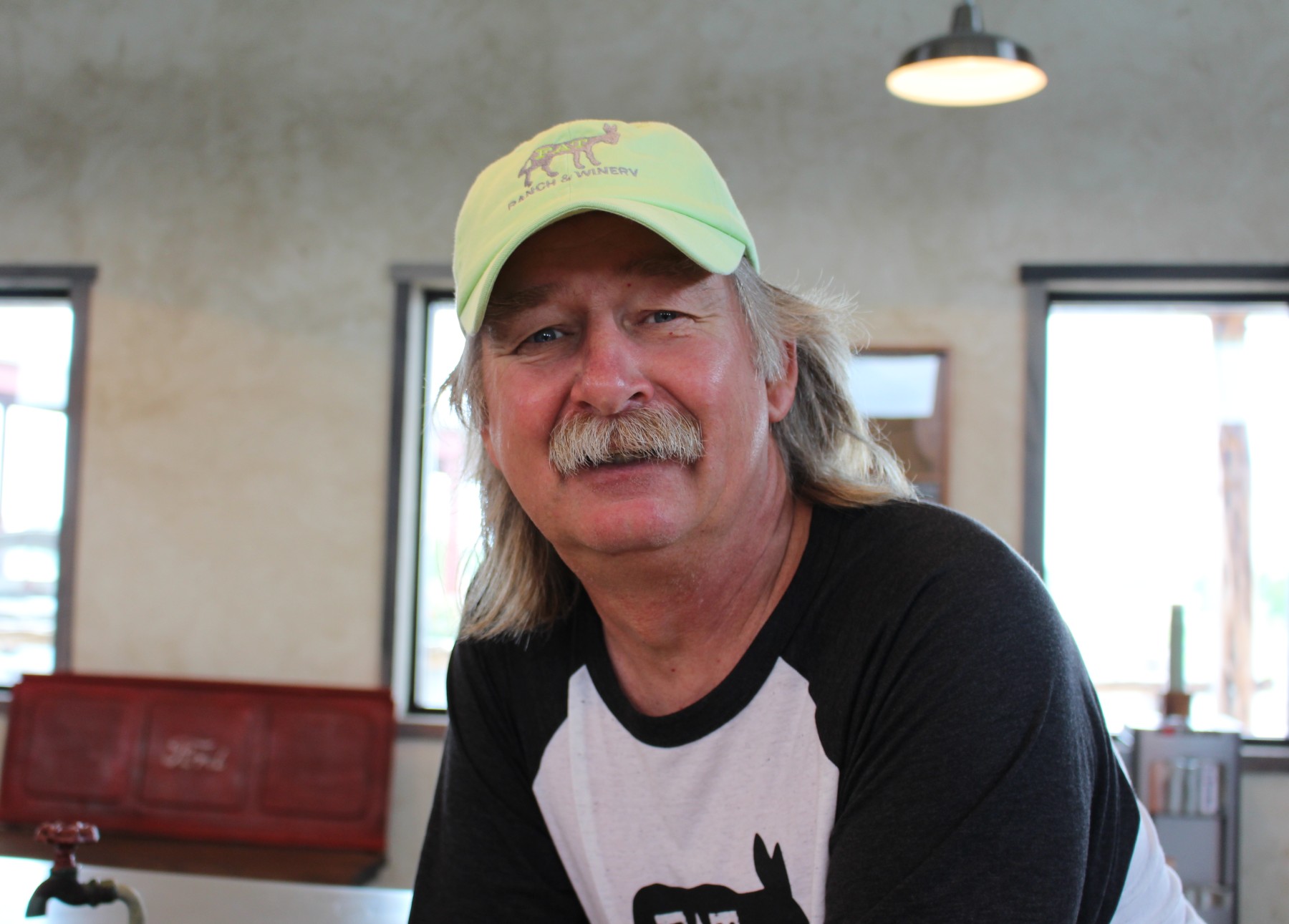 We can safely say that Fat Ass Ranch & Winery is having a lot of fun, are gaining a lot of fans, but they are also doing something right in winning medals for their wines.