The Torr Na Lochs winery is located near Burnet and will be holding a Grand Opening on September 12th this year. They broke ground to build the winery on June 7, 2014. We were invited to the groundbreaking ceremony but unfortunately could not make it. We promised when we were in the area we would stop by, and recently I did.

First, let’s clarify the name of the winery. Owners Karen and Blake DeBerry bought the 180 acre property in 2004. At the time, they were living in Aberdeen, Scotland. In honor of their time in Scotland, they gave the property a Scottish name Torr Na Lochs (tore nah lochs) which translated in Gaelic means Hill Over Lakes. When you get to visit the winery, you’ll understand exactly why.

I arrived at the winery and drove the half-mile up the granite gravel road to the winery sitting atop the hill that is 1,250 feet above sea level. There had been thunderstorms the day before my visit, and some of the road on the edges was a little washed out because of it.

Karen DeBerry was just coming from the three acre vineyard next to the winery. The vineyard which was planted in April 2014, currently has Malbec, Syrah, and Petite Sirah. Karen explained they would likely expand the vineyard in the future. 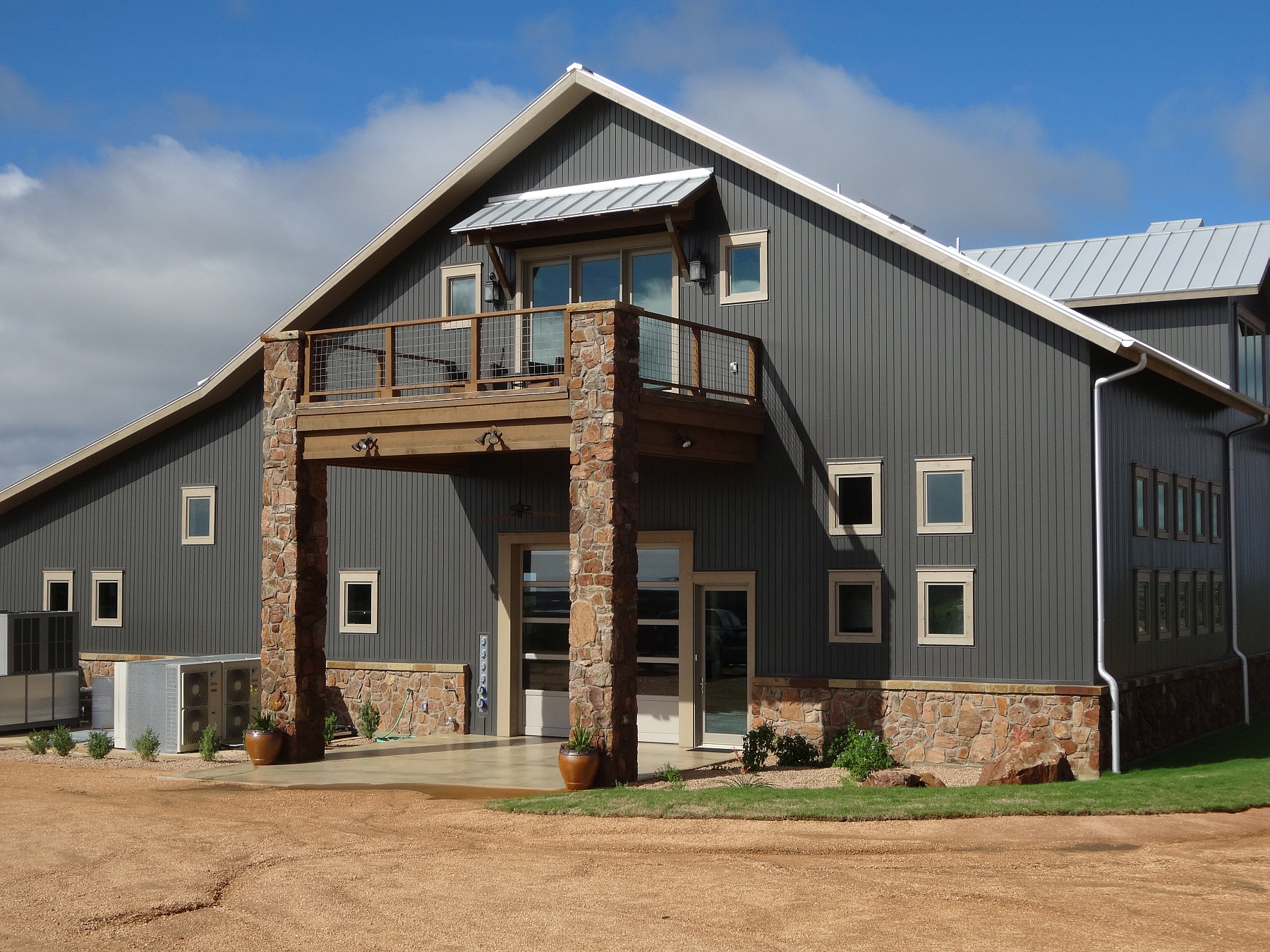 As we walked to the winery, I admired the beautiful building. This is going to be a winery you’ll definitely want to visit. I learned most of the 180 acres is solid granite and they dug out a lot of rocks when planting the vineyard. Those rocks were used in the wainscoting and columns on the winery building and I could see why, as it gives a very admirable finish to the 11,000 square foot building. 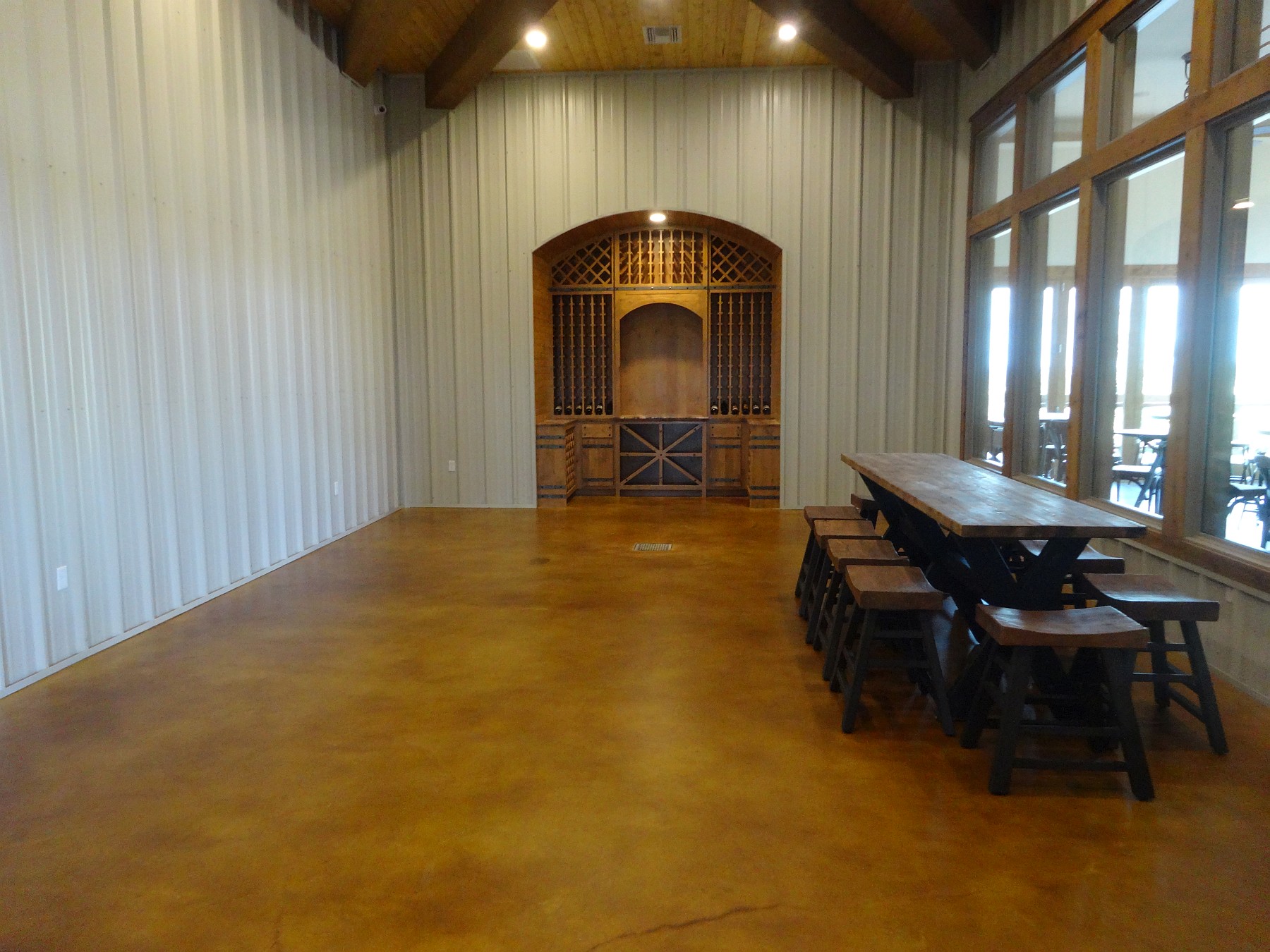 We first walked into the production room, which is large but currently holds just a few stainless steel tanks as their wine is being made elsewhere at the moment. Next was the barrel room that is empty right now except for a large table. The barrels will be in this room and a glass window overlooks the tasting room, or vice-versa from the other side. 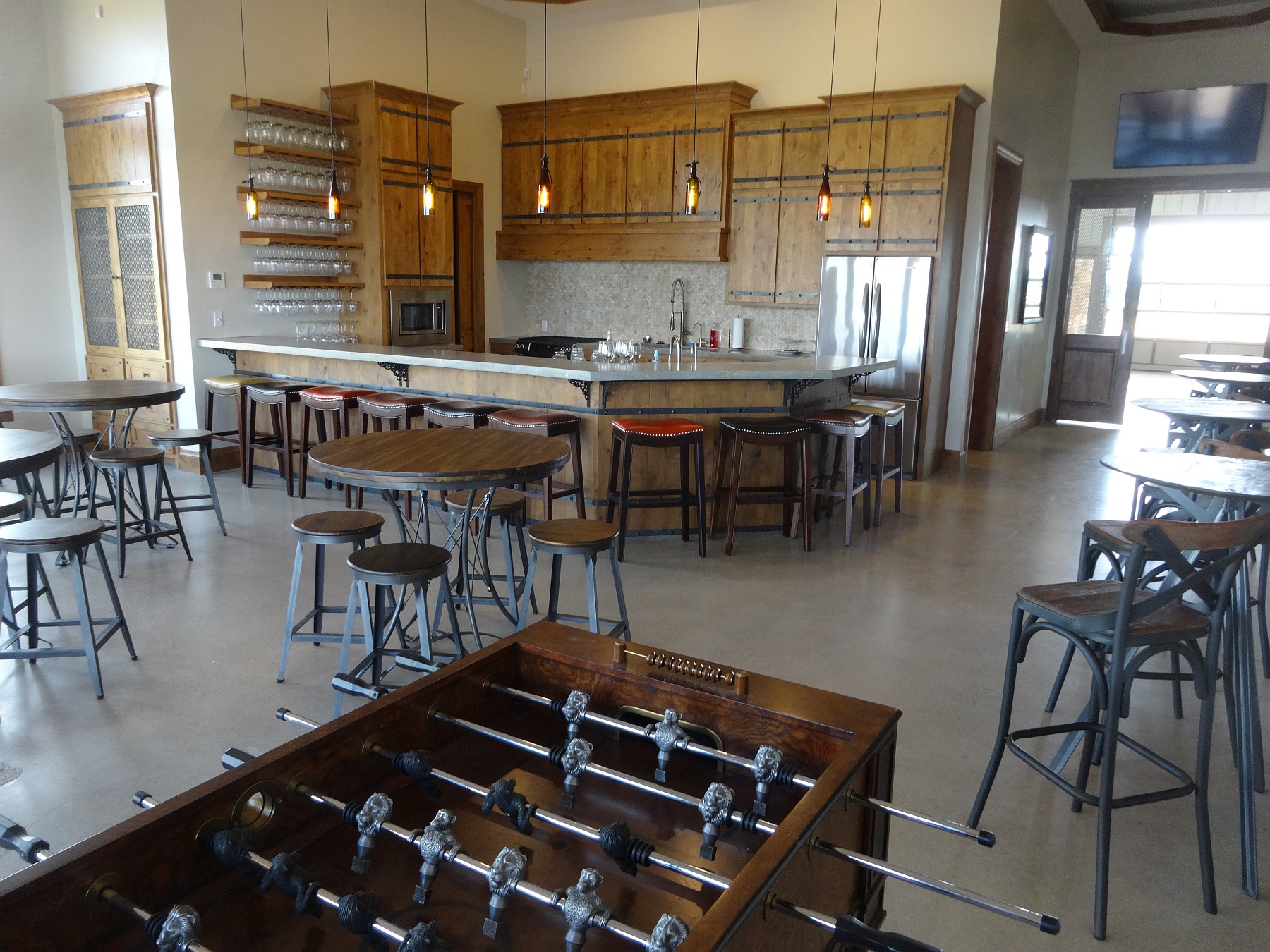 The tasting room was beautifully decorated and I think this was the first winery tasting room we have visited that had a foosball table. I can see people having fun at this winery!

Outside the tasting room was the tasting room deck and then the large open patio. On one side of the 6,500 square foot open patio was a fire pit with a rainwater collection tank in the near distance as the winery practices sustainability. The centerpiece of the patio is a small trellis, which is a perfect place for the bride and groom to stand near during a wedding. Speaking of such, there have already been weddings held at Torr Na Lochs on the patio.

I had to stop for a moment to gaze longingly at the view. There are currently some Texas wineries that have a great view, and you will be able to add this one near the top of that list. The winery is located above the Colorado River valley and the view overlooks both the Inks and Buchanan lakes. The Hill Country hills are in the distance and you can even see the famous Falkenstein Castle on a nearby hill. Yes, this is definitely a place where you will want to sit and enjoy a glass of wine. 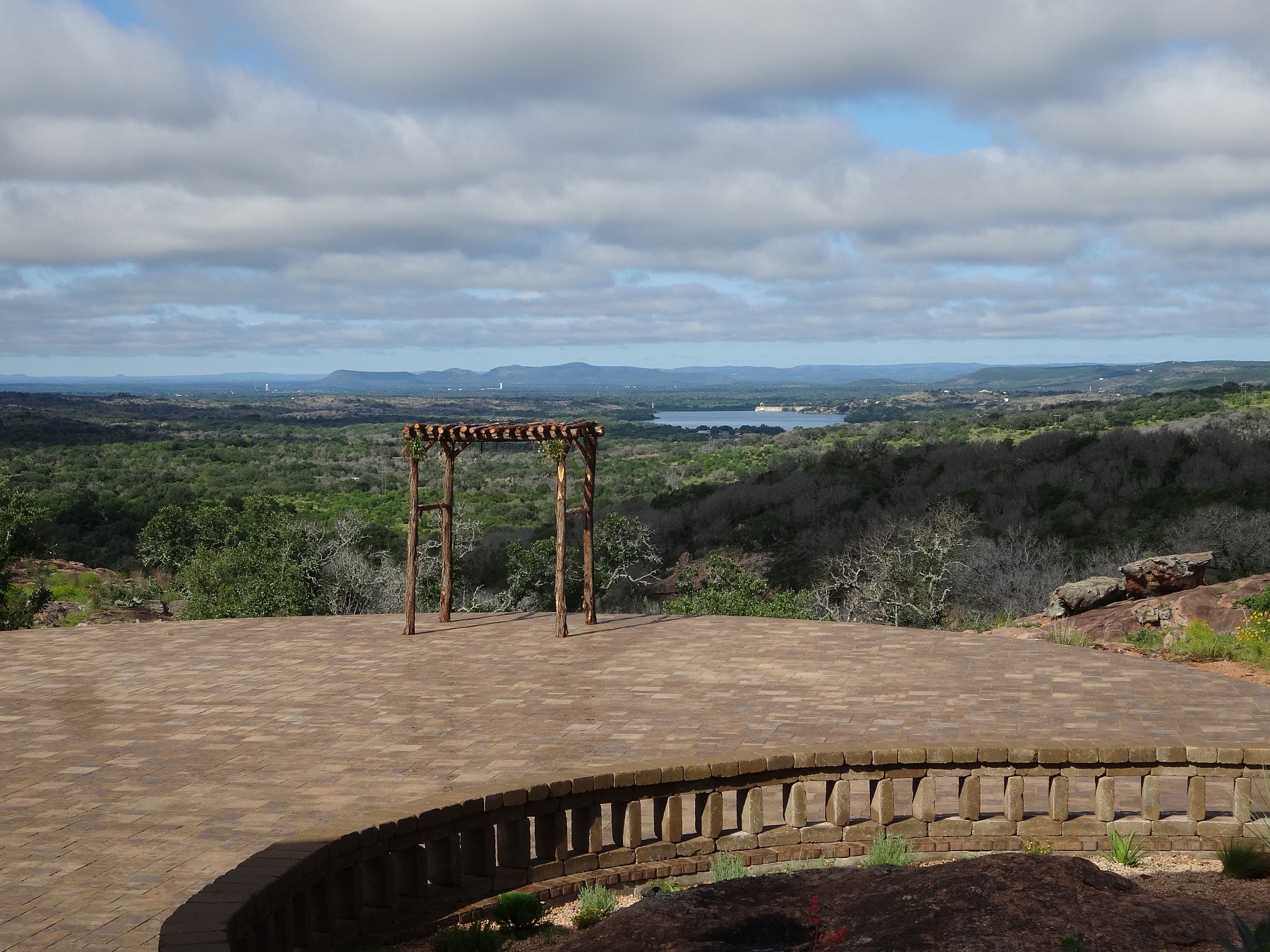 Speaking of wine, Torr Na Lochs is ready to provide quality Texas wine. There is no winemaker yet, but wineries in west Texas and the Hill Country have been helping make their current wines and all feature 100% Texas grapes. When the DeBerrys first realized they would be opening a winery, they started attending TWGGA events to learn and also meet grape growers. They definitely did their work because they made contacts with quality vineyards. Here are some of the wines that will be available:

Blake DeBerry still works in Houston and comes to the winery on weekends. At other times, there are living quarters above the winery where Karen and Blake stay when at the winery. Karen did not want a photo taken unless Blake was in it, so we will definitely be making a trip after their Grand Opening to see the finished winery. Torr Na Lochs will be holding soft openings throughout the summer leading up to the Grand Opening on September 12th.