If you have ever been to Becker Vineyards on a Saturday, you know how popular the winery is and how crowded the tasting room can be. They have tried to expand outside, but the majority of tastings still happen in the crowded tasting room. A lot of times this can turn customers off and they turn right around upon seeing the mass of people to find the next winery which can accommodate them satisfactorily. I’ll be honest that we are those type of people that don’t want to deal with crowds if we do not have to.

The Library Tastings right now are described on their website as being held in their underground barrel cellar which serves as the home to their single vineyard Cabernet program both in barrel and vertical wine collection. A behind the scenes tour would be given including their wine production area and end in the library with a wine and cheese pairing.

We arrived at Becker Vineyards and were directed to the rear of the tasting room, already in full force with tastings, to wait for the start of the tour. The tour started and our group of 14 people was led into the production area complete with many stainless steel tanks. We later learned there are a total of three tank rooms. 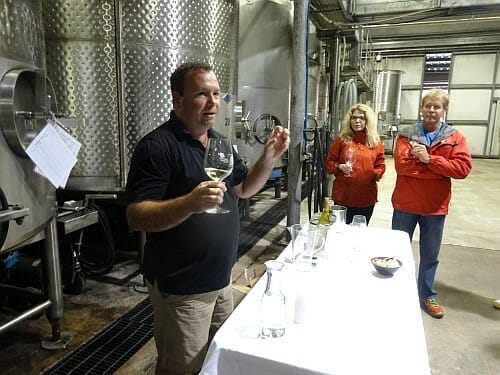 General Manager Bret Perrenoud was giving the tour and directed us to a table which had been set up with wine glasses. Everybody in the tour group received a wine glass to do some tank sampling.

Soon after Bret started his presentation telling us he has been at Becker Vineyards for eight years, owners Dr. Richard Becker and Bunny Becker arrived and Dr. Becker joined us. At that point, Dr. Becker spoke and explained to the group when they started Becker Vineyards, they thought they might do 5,000 cases eventually, but last year they ended up doing 100,000 cases of wine. 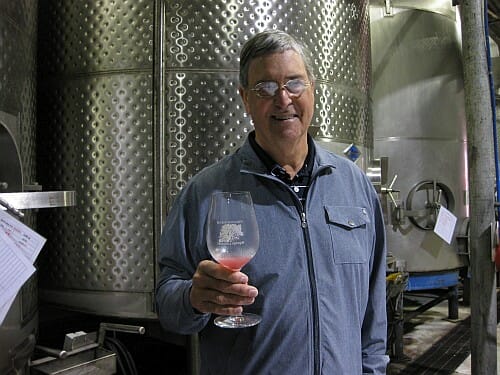 He told us Becker Vineyards was the first to commercially plant and produce Viognier in the state of Texas. Even though their signature grape is Viognier, their current Viognier does not have 75% Texas grapes in it because of the poor 2013 harvest year. But this year they received 30 tons of Viognier from harvest.

Contrary to popular belief, they have Texas fruit in every bottle of wine they make regardless of what the label says. The winery controls 600 vineyard acres in Texas whether they own or contract for the Texas grapes.

The first wine we tasted from the tank was the delicious rosé Provençal followed by the 2014 Cabernet Sauvignon from Canada Family Vineyard. Dr. Becker thanked us for coming and Bret led us to the next part of the tour which was one of the barrel rooms.

Becker Vineyards uses both French and American barrels and has the most barrels of any Texas winery which is over 2,000. They only use barrels twice and Viognier always goes into new French barrels. 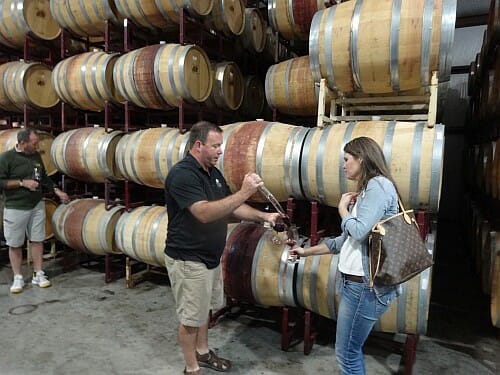 We were able to do more tastings, this time from barrels. Some of the wines we tasted were a 2013 Merlot and the 2012 Claret. Bret said sometimes they make multiple variations on a wine until they are happy with it. One person asked what does Reserve mean on a bottle and the answer was Dr. Becker liked it. I’m not sure if that was a joke or not. 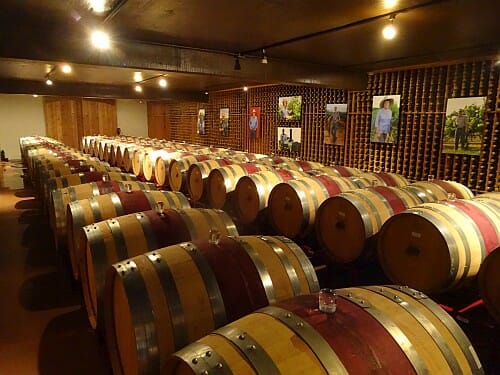 The group then headed to the underground cellar which is located underneath the tasting room. There were a number of barrels upon first arriving downstairs and in the adjacent room we all sat at a table already set up with place settings. We tasted a vertical of three Reserve Cabernet Sauvignons from the Canada Family Vineyard, years 2008 to 2010. The food pairings provided made a nice compliment to the wine. The group could then purchase any of the library wines. 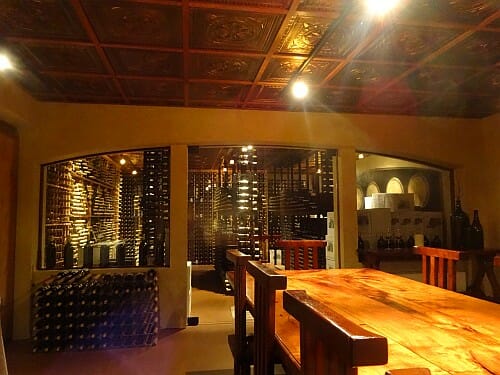 Overall, the tour and Library Tasting lasted 1 hour and 15 minutes. As we had hoped, it was a relaxing and enjoyable time tasting the wines of Becker Vineyards. We would highly recommend reserving a spot for a future tasting if your time allows. Reservations and tickets can be purchased on the Becker Vineyards website. 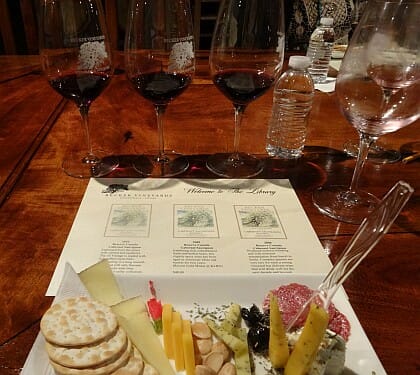