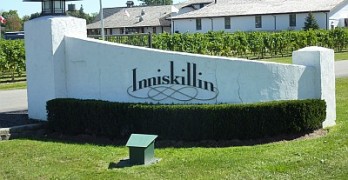 http://www.inniskillin.com Inniskillin has two locations in Canada, one in Niagara-on-the-Lake, Ontario and the other in Okanagan Valley, British Columbia. The winery was started in 1975 by Donald Ziraldo and Karl Kaiser. Inniskillin is often mentioned as Canada’s first maker of Icewine which they produced in 1984. We visited Niagara Falls and were deciding what to END_OF_DOCUMENT_TOKEN_TO_BE_REPLACED