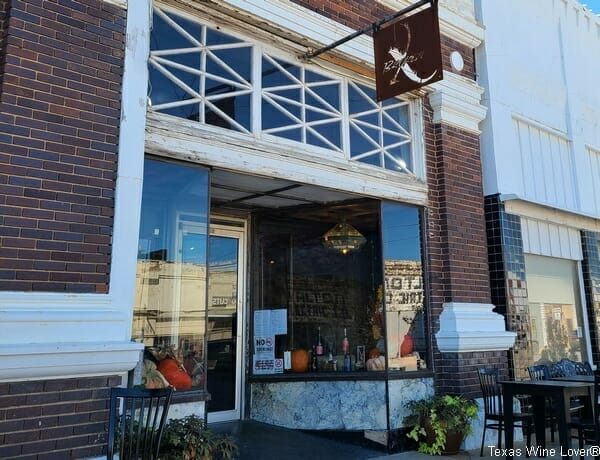 Over the past couple of years, a few winery friends told me to keep my eye out for a new winery coming to Cisco called Broken X Winery. It was mentioned this was a great family looking to make their mark in the small town of under 4,000 people. In mid-November, I made my second trip to Broken X Winery where I had the pleasure of spending some time with co-owner, Niki Bundick, visiting their family and the winery. I did get to meet Ben Bundick, co-owner, but he had to leave so he could help their daughter Gracie get ready for basketball tryouts so Niki could stay and visit with me for a bit. I admit upfront that I have gaps in my notes as far as dates go because Niki and I were chatting away like two friends that hadn’t seen each other in years. 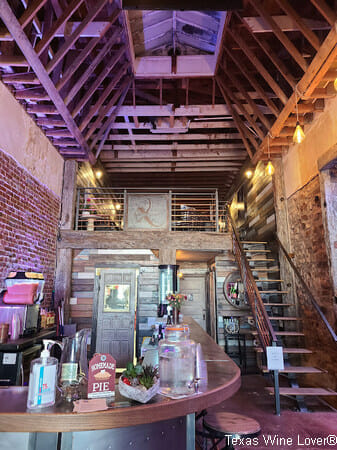 I have found over the years that most small, family-owned, and operated wineries are the result of their looking for something to do “as a family” and Broken X Winery is the perfect example of this. Ben and Niki’s love of wine came from their many visits to Fredericksburg and that love of wine, along with thoughts of the future, led them to Grayson College where they gained an appreciation and interest in the entire process from growing grapes to making wine.

In 2006, they welcomed their first child, Jake. A few years later Jake was diagnosed with Fragile X Syndrome, which is a genetic disorder that can result in developmental delays, learning disabilities, and social/behavior problems. Jake’s diagnosis would later become the inspiration for the namesake of the family business. Then in 2012, they welcomed their second child, Gracie.

Somewhere along the line, Ben and Niki decided that opening a winery would be the perfect fit for their family as it was something everyone could be involved in. Originally scheduled to open in July 2020, the Covid pandemic hit delaying the opening until September 2020. The thought of opening a business during the uncertain times of the pandemic would have made most people think twice, but they were in the perfect position to stay the course and open as planned. The reason being is that Niki already had the necessary permit to serve food, which is one of the things some wineries struggled with due to the requirements placed on them for having a certain percentage of their sales come from food instead of wine, not to mention the occupancy and spacing restrictions they had to follow. Niki said that for them although they were only opened a short time in 2020, it was a pretty good year.

The tasting room is located in downtown Cisco and is in a shotgun-style building in the fact that it is long and narrow. As you enter the tasting room, you first notice the exposed brick walls with some plaster still in tack flanked by tables and chairs, all of the beautiful wood beams, the concrete floor, a tasting bar in the back with unique seating, custom wood walls, and the stairwell to a second level. The second level overlooks the tasting room, has additional seating, and a big screen TV where they live stream local sporting events. It all lends to a quaint, cozy vibe. 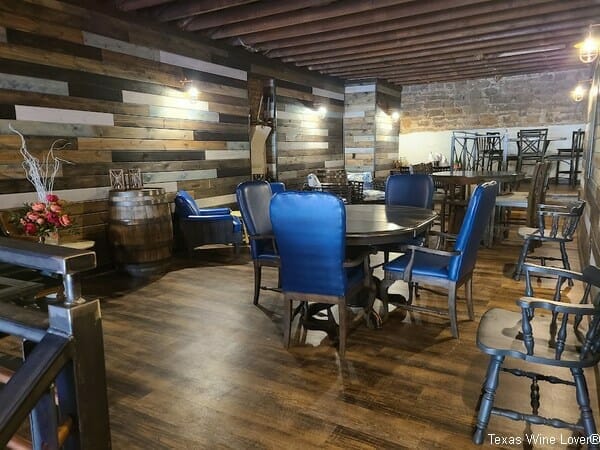 Currently, their wines are made at a custom wine production facility. Tastings consist of six wines and during this visit I sampled:

Their regular food offerings include a charcuterie board and a few different sandwich options. They also have daily specials and sometimes have sweet treats, which I missed both times. They also have gluten-free bread which I know is important nowadays. I’m not sure if it is a regular offering or not, but on both of my visits, they had a tasty plate of two versions of bruschetta, one with freshly diced tomatoes and the other with sundried tomatoes. My personal favorite was the sundried tomato bruschetta. 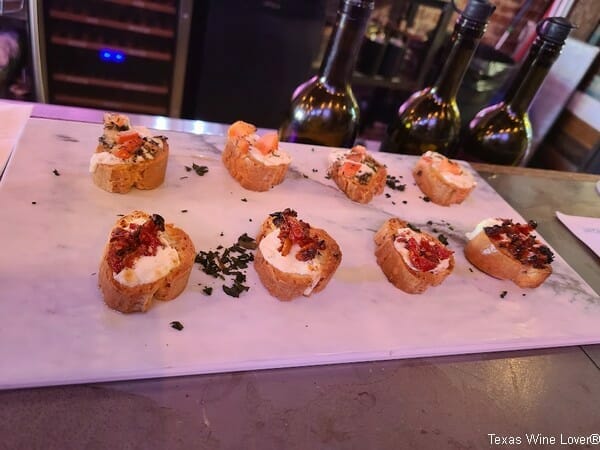 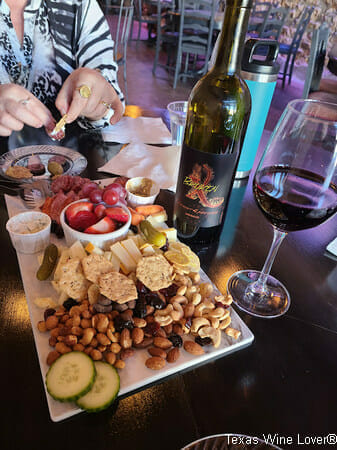 We discussed the future of the winery, and they have some big plans in store! Ben and Niki own some land in Cisco along the frontage road on the south side of I20 where a pad has already been poured for what will eventually be their production facility and event center. Production facility implies they will be making wine, right? They already have some of the equipment needed for making wine and have also already purchased a nice selection of grapes from a couple of growers in the High Plains. Right now, it looks like Ben will do the winemaking while Niki continues to be the culinary mastermind, and Jake continues to help at the tasting room. 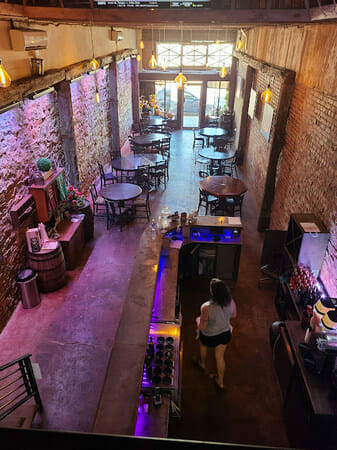 Remember I said earlier that the winery was something they could do “as a family” and Jake is already a fixture at the tasting room. Let me tell you he is quite the character that sometimes helps entertain the guests, clears tables, and helps with other duties as asked. Gracie helps as time permits and I know she has been put to work at bottling time. When talking about the Bundick family, I cannot forget to mention their extended family member Steffanie. Steffanie, who was once Jake’s teacher, now works at the winery with Jake by her side. Steffanie was an amazing wine ambassador on both of my visits and is definitely an asset that cannot be overlooked.

Niki had to leave to watch Gracie’s basketball tryouts, so I ordered a spicy chicken salad sandwich and enjoyed a glass of Snow Day before hitting the road home. I truly enjoyed my visit with Niki and look forward to seeing their continued growth over the next couple of years. If you are ever in or around Cisco when they are open, stop in, and tell them I sent you.