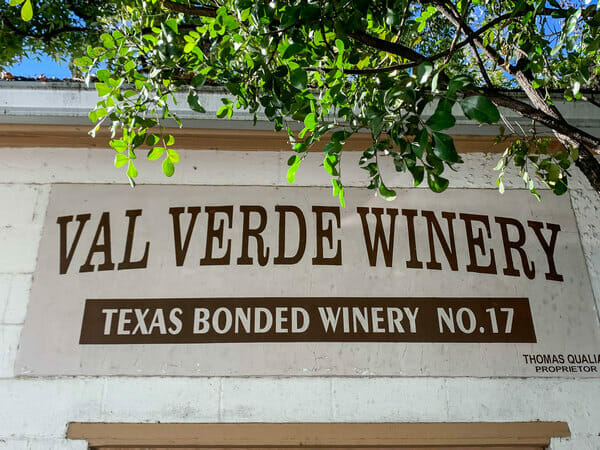 Italy in the late 1870s was in a state of transition. Unified in 1861 under the reign of Victor Emmanuel II, Italy’s first king since the sixth century, the newly formed kingdom was struggling to establish a cohesive national identity. Poverty and a lack of available land led to a large-scale emigration movement known as the Italian diaspora. Many of the emigrants were farmers and agricultural workers from the north who were struggling to survive due to overpopulation and enforced subdivisions of land. A considerable number of those who emigrated made their way to the Americas in search of a better life.

One of the emigrants was a Lombard by the name of Francesco (Frank) Qualia from the town of Castellanza, a small village near Milan. At the age of eighteen, he and a group of other displaced farm workers obtained a passport and land grant from King Umberto I to travel to Mexico for the purpose of draining swamp lands and bringing European agricultural practices to the region. Arriving through the port of Galveston, they made their way to Mexico but found that they were unwelcome by the native population and were badly treated. Looking to improve their lot, they migrated north with most setting out for San Antonio.

Frank Qualia’s party, however, decided to follow a route along the railroad in search of arable land on which to farm and raise their families. They soon came to a settlement near the Rio Grande River called San Felipe del Rio where they found plenty of available land and numerous springs and established canals providing ample irrigation. 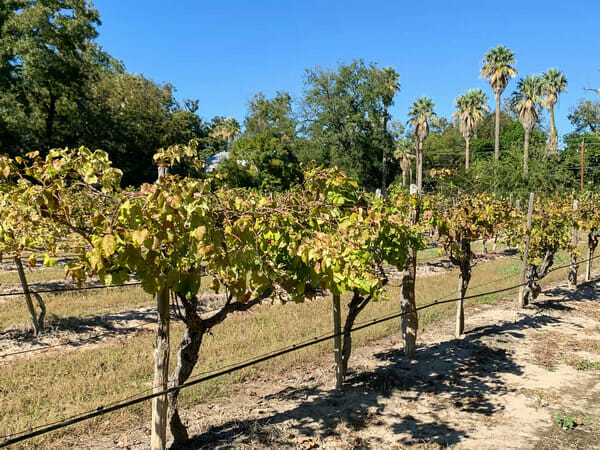 San Felipe del Rio was a small but rapidly growing community with expectations that the newly established railroad would be a boon for future development. In 1883 the town shortened its name to Del Rio, and in 1885 became the county seat of the newly established Val Verde County. One of the major landowners at that time was a woman named Doña Paula Rivera who operated a large vineyard primarily growing a grape known as Black Spanish or Lenoir. Coming from a winemaking background, Frank Qualia quickly befriended her and leased a part of the land for his own vineyard. He realized that the Lenoir grape was well suited to this particular region and decided to focus his vineyard on its production. Marrying a girl named Maria Franki, the daughter of one of his traveling companions, he purchased the vineyard from Doña Rivera and in 1883 settled down to establish what became the Val Verde Winery we know today.

Frank was a good businessman and under his astute management, the vineyard and winery thrived. By planting row crops between the rows of vines he added the sale of produce to the family’s portfolio. When Prohibition was enacted in 1920, he continued to operate by providing sacramental wine to area missions, and by selling grapes to private individuals, ostensibly for use as table grapes. One can well imagine that the latter led to the production of many a bottle of homemade wine. The Qualia family even has ledger records of doctors prescribing his wines to patients for medicinal purposes, a convenient loophole providing one could find an obliging doctor. 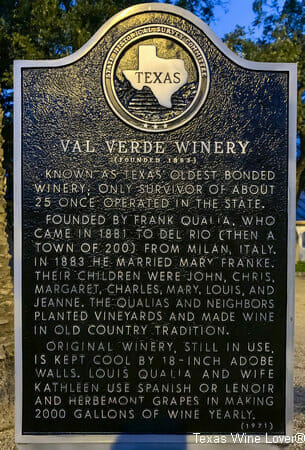 After Frank’s death in 1936, his youngest son, Louis, took over the vineyards, who in turn passed it on to his youngest son, Thomas, in 1973. Today it still operates under this third-generation management and proudly holds the title of the oldest continuously operating winery in the state of Texas. It is easy to see the significant role the Qualia family has served within the Del Rio community. The winery is located on Qualia Drive. 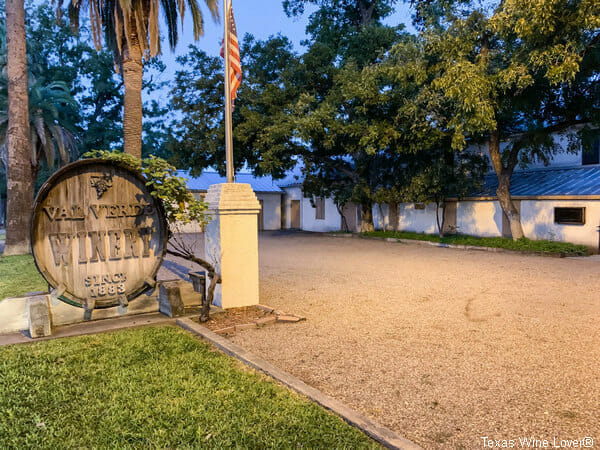 Today Val Verde Winery continues to occupy the original location with twelve acres of vineyard at an elevation of 940’ consisting of mostly calcareous stony clays and clay loam. The vineyard currently grows Lenoir, Blanc du Bois, and Herbemont. The tasting room and production facility are still in the original winery building which has naturally undergone several renovations over the years. Entering the property through the entrance gate, one is immediately struck by the beautiful lawn behind the building which features guest seating and picnic tables overlooking the vineyard. The vineyard is juxtaposed by a row of palm trees in the distance making it a scenic venue for parties or gatherings.

Entering the tasting room by the main entrance door on the side of the building, you will be greeted by a friendly associate who can guide you through selecting a bottle or enjoying a tasting experience. Continuing into the building through an archway, you will enter a small tasting room with walls adorned with photos and memorabilia from the Qualia family history. The tasting room has several tables for guest seating along with antique artifacts from the winery’s past. Continuing through a door at the far end of the room, one can view a row of stainless-steel fermentation vats in the production facility. 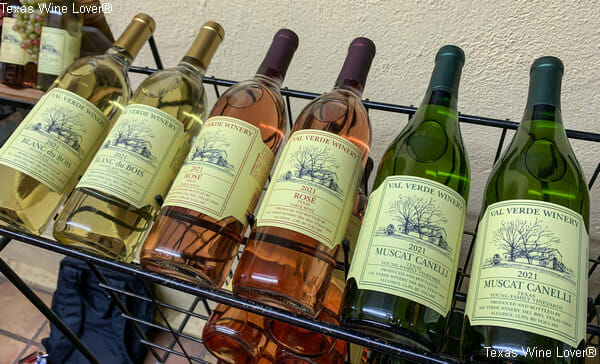 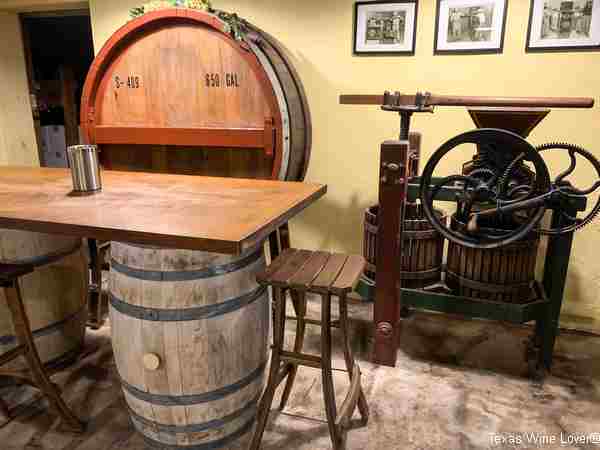 The year 2023 will mark the 140th anniversary of Val Verde Winery. Frank Qualia would be proud to know that his family continues to carry forward his legacy and can claim the proud title of the oldest continually operating winery in Texas.