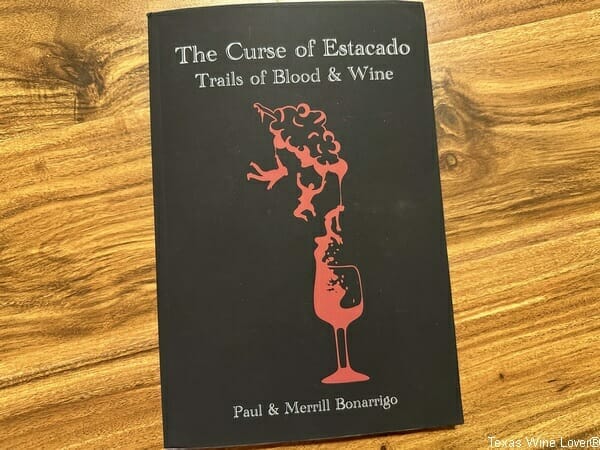 The Curse of Estacado is the latest book by authors Paul and Merrill Bonarrigo. The couple has been involved in the Texas grape and wine industry since 1977 as founders of Messina Hof Winery & Resort. They have seen the Texas wine industry grow from two wineries in 1977 to roughly 500 wineries today, and Messina Hof includes four of those wineries.

Since they have been there from the beginnings of the modern Texas wine industry, they know how it started. Paul Bonarrigo said, “Totally fiction, but we know where everyone is buried. We have experienced the entirety of the Texas wine industry. There’s been some fascinating stories that need to be told, and there’s great history behind our industry.”

Their fifth book is a new genre for them as a mystery, and The Curse of Estacado is the first book in the new mystery series “Trails of Blood and Wine.” The Bonarrigos have already written the second and third books of the series that are waiting to be released.

The book is definitely fiction, but there are real names intertwined among the tall tales. During the story, you sometimes wonder who exactly the fictionalized characters and places are being described, and those having knowledge of the Texas wine industry may have a clue or two about those. 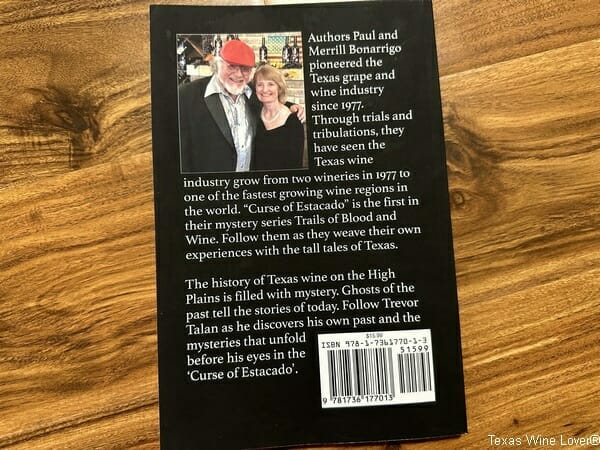 The book is a quick read as it grabs you and you do not want to put the book down. In the end, you learn the mystery of The Curse of Estacado along with learning about the Texas wine industry through the fictionalized tale. If you know the Bonarrigos personally, you will also enjoy a laugh or two along the way. The Bonarrigos first two books were cookbooks, and they have continued the trend of including at least one recipe in their books with the latest in The Curse of Estacado. Their book before this told the story of Messina Hof: Family, Tradition, & Romance – The Messina Hof Story

The Curse of Estacado can be purchased on Amazon.