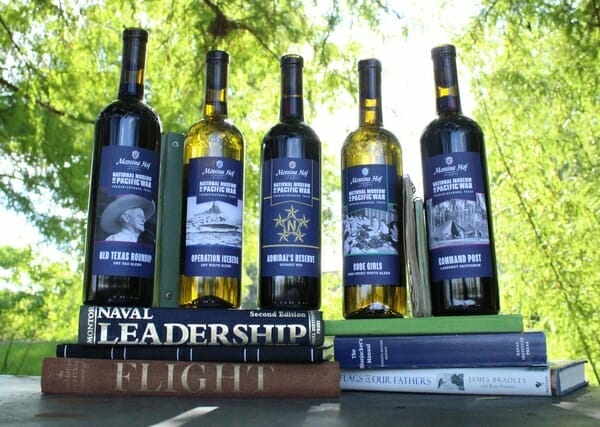 Messina Hof Winery, the most award-winning winery in Texas and largest producer of Texas wines, announced today a new collection of five wines co-branded with The Admiral Nimitz Foundation and the National Museum of the Pacific War in Fredericksburg, Texas. Messina Hof crafted the new wines specifically to provide support for the Museum with an ongoing portion of the collection’s sales proceeds going to them.

“Messina Hof Winery is proud to be a veteran-owned business and family winery with a history of three generations of United States military service,” said Paul Bonarrigo, winemaker and co-owner of Messina Hof. “It is an honor to craft and showcase a wine collection for the ages that pays respect to the brave men and women that served during World War II and specifically in support of the Pacific War operations. We encourage everyone to raise a glass in gratitude of our nation’s history of strength and fidelity, and we hope that people feel inspired to learn more about the war effort in the Pacific and visit the Museum.” 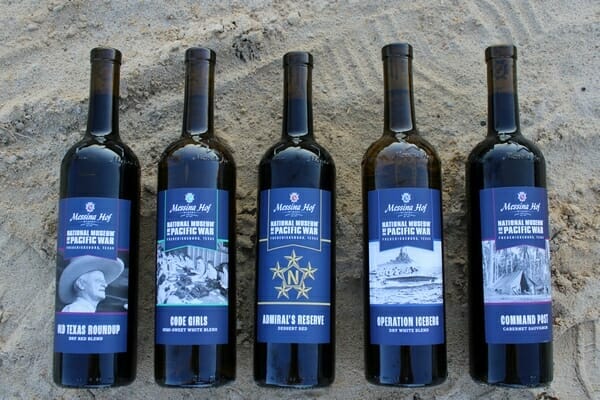 Operation Iceberg: A dry white blend, Operation Iceberg is crisp and austere with notes of citrus, lemongrass, and pineapple. Launched by the Allies to capture the strategically significant Okinawa Island, Operation Iceberg activated more than 1,300 ships and over 500,000 Allied personnel to create the greatest amphibious offensive of World War II. This is a blend of Semillon, Orange Muscat, and Chenin Blanc.

Code Girls: A semi-sweet white blend, Code Girls pays homage to the elite group of more than 10,000 female codebreakers of the same name that served during the war. Notes of jasmine and ripe tropical fruit intertwine to create this beautiful wine.

Old Texas Roundup: In January 1944 on the island of Oahu, Hawaii, Fleet Admiral of the United States Navy, Chester W. Nimitz, hosted an “Old Texas Roundup” for all Texans serving in the Pacific in order to keep their fighting spirit strong. Old Texas Roundup is a dry red blend boasting notes of blackberry, smoke, and earthy richness. This 2020 wine is a blend of 35% Petit Verdot, 20% Syrah, 20% Malbec, 20% Cabernet Sauvignon, and 5% Petite Sirah.

Command Post: The number one priority for an ideal command post position is survivability. It is the nerve center of a battle campaign as it holds the tools and personnel from which both strategic and tactical decisions will emanate. This full-bodied Cabernet Sauvignon showcases suede tannins with notes of plum, spices, and toasted oak.

Admiral’s Reserve: This dessert red has commanding notes of leather, black cherry, dried herbs, and licorice.  It pays homage to Fredericksburg native, Admiral Chester Nimitz, a true hero of the Pacific War. The National Museum of the Pacific War remains committed to its promise to Admiral Nimitz to honor all who served and supported the war effort in the Pacific by proudly presenting the facts, stories, and authentic artifacts of the Pacific War for today and generations to come.

“We are extremely grateful for the support we have enjoyed over the years from Messina Hof, and this wine collection is an ambitious endeavor that demonstrates a unique commitment to helping the Museum,” said Mike Hagee, President and CEO of the Admiral Nimitz Foundation. “And, I might add that we enjoyed collaborating with Messina Hof on the names and historical tidbits that identify each of the wines.”

Available for tastings or by the bottle, this commemorative collection can be purchased at each of Messina Hof’s four locations across Texas: the Estate Winery and Vineyard in Bryan, the Messina Hof Hill Country Winery in Fredericksburg, Messina Hof Grapevine Winery in Grapevine (outside Dallas) and Messina Hof Harvest Green in Richmond (outside Houston). Consumers can also purchase bottles of the wines through Messina Hof’s website.