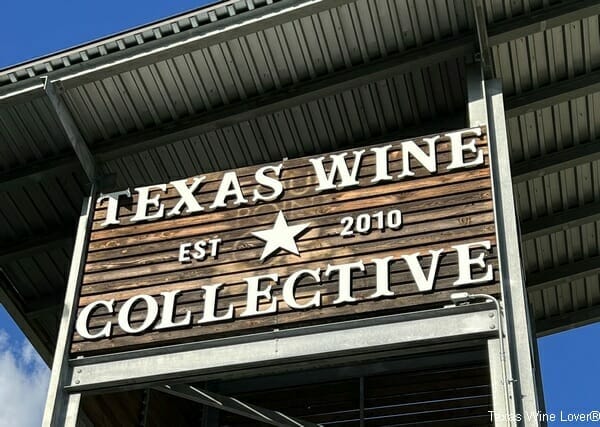 As wine club members at Texas Wine Collective, my wife Phyllis and I joined other members at TWC on September 16 for the first of a three-part series of “Vine to Wine” wine and food pairings featuring the founding TWC wineries.

Kim McPherson of McPherson Cellars in Lubbock helped found TWC as 4.0 Cellars in 2010. He is the son of Dr. Clinton “Doc” McPherson who pioneered the beginning of the modern Texas wine industry when he co-founded Llano Estacado Winery in the Texas High Plains in 1976. Kim is also the brother of Jon McPherson, the winemaker at Carter Creek Winery Resort & Spa. 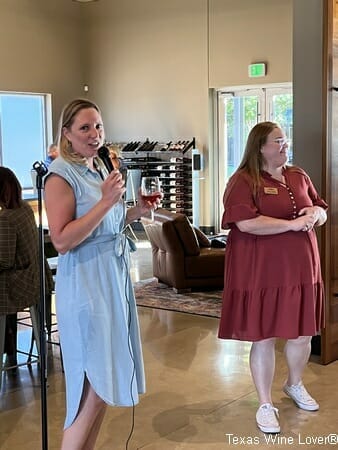 The “Vine to Wine” series will feature the other TWC-founding wineries Lost Oak Winery in November 2022 and Brennan Vineyards in March 2023 according to TWC General Manager Beth Bayliss and Events Coordinator Amber Saidler. 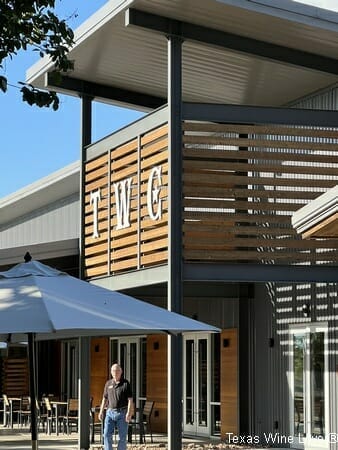 McPherson provided seven wines for the inaugural event, six of which were paired perfectly with small bites. The wines served inside the TWC Event Center after a welcoming glass of the 2021 Float Rose, were: 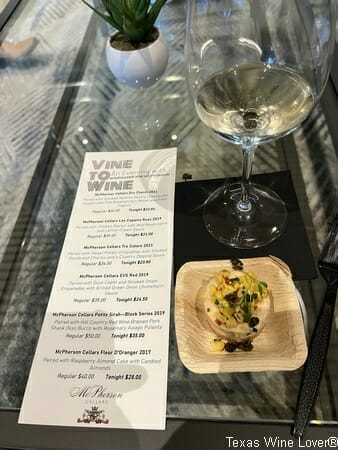 Addressing the attendees, McPherson noted that he joined with the late Dr. Pat Brennan of Brennan Vineyards and Jim Evans of Lost Oak Winery to establish 4.0 Cellars on the 290 Wine Road to spread awareness of the cost-worthy quality of his wines to a greater part of Texas. A two-time semifinalist in the James Beard Foundation “Outstanding Wine, Beer or Spirits Producer” category, he noted that McPherson Cellars had been chosen by wholesalers to spread the Texas wine name to the East Coast.

“We are not a big winery, but we are the biggest winery in Texas that goes out of state,” McPherson boasted. “My father wanted Texas wines to have a good reputation and I am very proud to contribute to that reputation!” 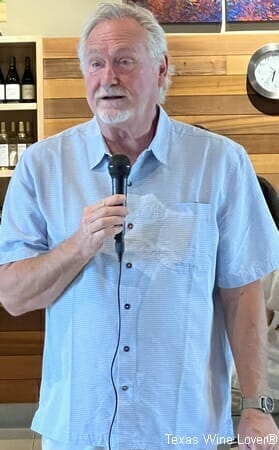 The McPherson Cellars’ contribution includes about 30,000 cases of wine for all of its markets, of which about half goes to the wine clubs in Lubbock and at TWC. McPherson also makes the “TX” label for Gallo, the “Federalist” Texas for Terlato, wine for a label in Chicago, and has another upcoming project with Gallo.

McPherson also noted that he does not do Bordeaux- or Burgundy-style wines at his winery in the old Coca-Cola building in downtown Lubbock due to the Texas weather being so hot. Instead, working with six growers in the Texas High Plains, he focuses on Rhône, Spanish, and Italian varietals.

“My wines are in the 13.8 to 13.9 percent alcohol style like those of France and Europe,” he explained. “They age better and taste better. They are big, but they are not meant to kill you! And they are also priced to be something that you can afford to enjoy!”

At the end of the evening, other wine club members agreed with Phyllis and me that the opportunity to meet the winemakers and enjoy their wines with creative pairings makes a wine club membership a definite bonus for those who visit Texas wineries.