Hilmy Cellars opened March 2012, and we enjoyed visiting the winery the next few years. But then the number of Texas wineries kept growing which required us to visit the new wineries. In December 2019, Michael Barton joined Hilmy Cellars as the head winemaker. After meeting Michael at wine conferences and hearing from others how he is a talented winemaker, I made an appointment to meet Michael at Hilmy Cellars to see what has changed over the last ten years.

I met Michael Barton in the tasting room at the time the winery opened. He introduced me to Casey Felton, Hilmy’s COO, and poured us all a taste of Tejas Blanc (85% Roussanne, 15% Marsanne) and we began to walk. 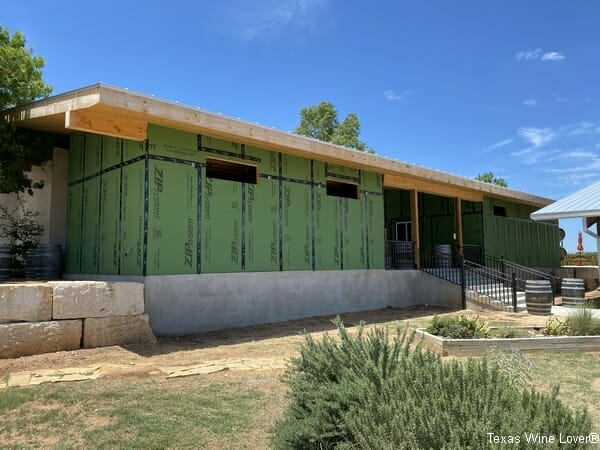 We went to the rear patio and he explained the construction happening next to the already built pavilion. More rooms were being added and there are plans for even more expansion in the future. Back inside the building at the rear was the FLOCK’s Lounge which is a lounge available for Hilmy Cellars’ wine club members. We toured the laboratory adjacent to the barrel room and then met assistant winemaker Hailey Rabe. 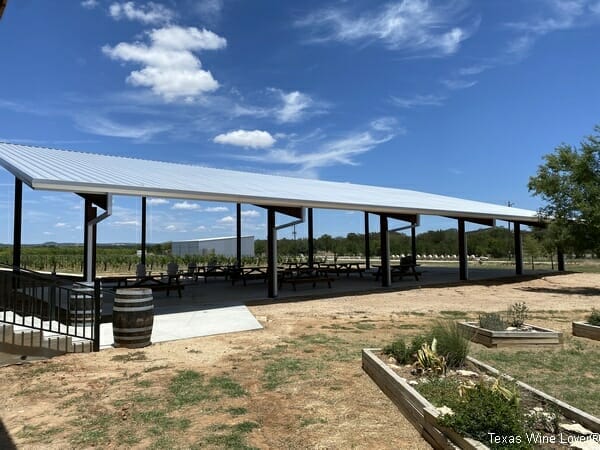 It was time to have some barrel samples! Michael got the wine thief and these were the wines we tasted from the barrel: 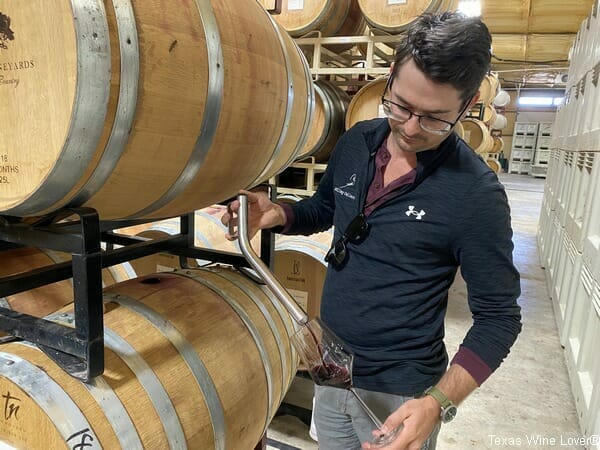 During the tastings, Michael told of his winemaking history working at Llano Estacado Winery, moving to Colorado, and then back to Texas. He explained how his wine style is to keep it simple with minimal intervention and not over-manipulate the wines. He is responsible for the estate vineyard along with the winemaking and more, and even though they have a small team at Hilmy Cellars, they do work very well together.

One comment made was that Hilmy Cellars is trying to keep the price point of their wines lower and still keep the quality. That is great news for consumers who may be finding the price of Texas wines getting out of reach. 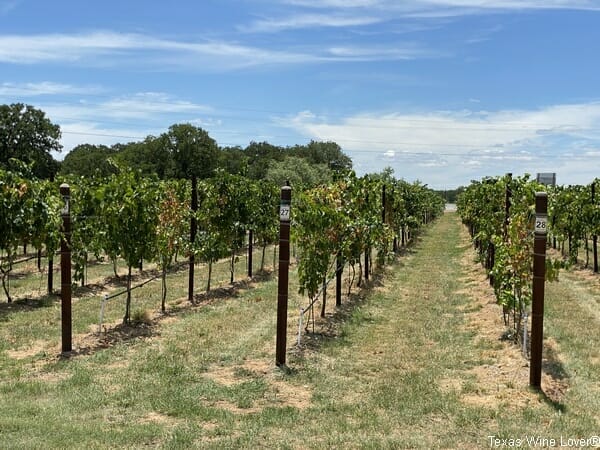 We moved back to the tasting room to taste some finished wines:

The tasting room is close to having all the wines being served by Michael Barton. From the wines I tasted of Michael’s that he either finished or made completely, I do know it will not be another ten years before I visit Hilmy Cellars again.