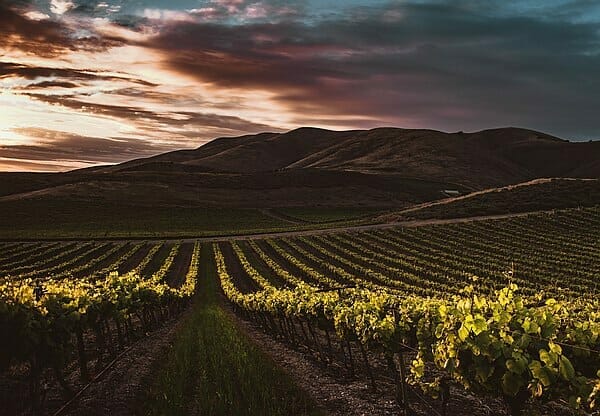 The history of American wines is a synthesis of the history of the United States and the American way of life. Waves of colonization, prohibition, wars, and finally notoriety, the result of long entrepreneurial work also linked to generations of immigrants. And it took a long time for American wines to become popular, especially in Europe where people are used to millennial winemaking traditions.

The event that really changed things took place on May 24, 1976, and went down in history under the name of Judgment of Paris Before that, the generally accepted idea was that French wines were the best in the world. Although some state-of-the-art wineries in other countries had distinguished themselves locally, the wine community agreed that although these wines may be of local value, they could not compete with the best French wines.

Steven Spurrier, a well-known French wine merchant based in London had a different idea. He organized a wine competition where Californian Chardonnays were tasted against Burgundy Chardonnays while the great Bordeaux were compared to American Cabernets. A team of French experts blindly rated American wines against the French ones. When the results were announced, the experts could not believe their ears. To everyone’s surprise, Chateau Montelena Chardonnay and Stag’s Leap Wine Cellars Cabernet Sauvignon, both from Napa Valley, had won in their categories!

The Judgment of Paris had a huge impact on the world of wine and its effect continues to be felt even today; many of the California wineries that dominated the tasting, such as the two winners as well as Ridge Vineyards, Heitz Cellars, and Mayacamas, continue to produce world-class wines of the highest quality.

Today, almost 50 years have passed since that day, and the United States has become the fourth wine-producing country, behind Italy, France, and Spain, and it is home to some of the best Cabernet, Pinot Noir, Merlot, and Chardonnay in the world. Despite the huge demand from the domestic market, a good percentage of the best American wines are also exported.

And European palates are opening up more and more to American wines, especially Californian ones. For the past twenty years or so, the export of American wine has grown steadily, and the EU countries constitute one of their largest export markets.

In fact, although American wines do not have the same history and traditions as those of the old world, they are still fascinating to study…and, even more, to taste! 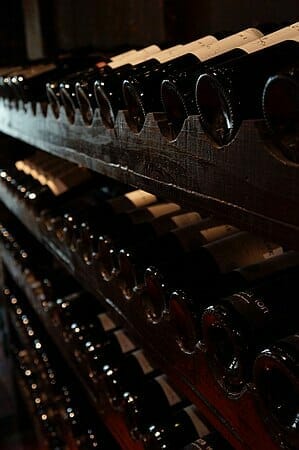 In the United States, quality wines are produced in California, Oregon, Washington, and also Texas, Virginia, and the state of New York.

Of all these states, the most popular is undoubtedly California, which represents approximately 90% of American wine production and is the largest exporter of wines to the EU.

Indeed, Californian wines are today one of the must-have references for wine lovers from Europe. Within the state that encompasses 139 American Viticultural Areas (AVAs), the most famous wine regions are Napa Valley and Sonoma County, where the modern wine industry of the United States was born and where the best American Cabernet Sauvignon and Pinot Noir are produced. Napa Valley is also the place where Robert Mondavi, a significant person in the history of American viticulture, together with Baron Rothschild, created Opus One, an amazing Bordeaux blend considered one of the finest and most prestigious American reds.

However, climatic conditions tend to change from one area to another and the great variety of microclimates within the state creates a wide range of wines. While the areas of Monterrey and Santa Barbara focus on Chardonnay and Pinot Noir, the southern part of the Central Coast is instead particularly suited for the Burgundian varieties towards the sea and for the Bordeaux or Rhone varieties in the hinterland. Mendocino, which has an irregular and colder climate, mainly produces red wines based on Zinfandel.

One of the characteristics of Californian wines most appreciated by Europeans is that they are rich and full-bodied, with a smooth, often aromatic character. In general, Californian wines reflect in all respects the land that produces them: sunny, enveloping, powerful, and precious. Very often they play on the youth of the fruit with an explosion of aromas that make them very inviting. Barrique aging is very common and adds a captivating coconut aroma to wines.

Cabernet Sauvignon, (whose wines are known among wine lovers simply as Napa Cabs) is the real protagonist of the Napa Valley, and the most popular US wine in the European market, producing big and bold wines with seductive aromas of dark fruits, such as the ones from Sequoia Grove and Dry Creek cellars.

Chardonnay is grown statewide and has played a pivotal role in the popularity of Californian wines. In fact, some of the most famous Chardonnays in the world come from here and in Europe, the Californian-style Chardonnay clearly identifies a specific type of woody, soft, creamy wine, with hints of vanilla, and of great softness on the palate. Some of California’s best Chardonnays are produced in the cold climate area of Carneros, such as that of Rombauer Vineyards or Shafer Red Shoulder Ranch.

Pinot Noir, which is largely grown in Sonoma County, Monterey, and Santa Barbara, still remains a benchmark in the California wine scene. This ancient grape, normally rather difficult to grow, has found the perfect microclimate in these areas where the morning mists coming from the Pacific Ocean mitigate the scorching summer days, allowing a slow ripening process. Pinot Noir wines from California are fruit-forward and exceptionally silky with a good structure, like the ones coming from the Duckhorn estate in Russian River Valley.

Zinfandel, a historic vine of America, remains one of the most popular grapes in Europe thanks to its powerful body and mellow fruity notes. The grapes continue to thrive in some of the country’s oldest vineyards, many of which are over 100 years old, producing wines of great robustness that are an excellent match with red meats such as the Bogle Old Vine wine.

Despite Merlot‘s bad publicity in the famous film Sideways, the grape is still highly regarded by wine lovers both in Europe and in the UK where it is much loved due to its fruity juiciness and charming personality. Outstanding and age-worthy Merlot wines are produced by both the Mayacamas and Buccella wineries.

EMERGING WINE REGIONS OF US

Although very small, equally interesting realities are emerging, such as the Oregon region, with its excellent Pinot Noir, or the state of Washington with its delicious Cab Sav and Syrah, and Texas which is the fifth-largest state in wine production.

Washington is progressively establishing itself on the wine scene both in the United States and in Europe. Growth over the past 15 years has been explosive and popularity has grown hand in hand, attracting many talented young winemakers.

In addition to Cabernet Sauvignon or Bordeaux Blend wines, Syrah is the most popular variety in Washington state followed by the ubiquitous Chardonnay and Riesling.

Here the wines are influenced by a cooler climate. Cabernets tend to be more Old-World-style with punchy tannins, austere character, and exceptional aging potential like the Col Solare wine, born from the collaboration of legendary Tuscan winemaker Pietro Antinori and the prestigious Chateau Ste. Michelle. Syrah wines instead are smooth and bold, hearty and full-bodied, like the wine from Red Diamond winery.

Oregon, on the other hand, has a vineyard area of approximately 10,000 hectares, where Pinot Noir is the undisputed protagonist in particular in the Willamette AVA thanks to the climatic conditions that are cooler here than in other areas of the state. The resulting wines which are gaining more and more acclaim from both critics and wine lovers all over the world are as powerful yet refined with a fruity intensity as Nicolas Jay’s wine.

Viticulture in Texas boasts a very ancient historical tradition dating back to the second half of the 1600s by Franciscan missionaries. More recently, the spread of European varieties dates back to the 1970s and sees Chardonnay, Chenin Blanc, Cabernet Sauvignon, and Merlot grapes as protagonists. The high temperatures, typical of this state, require very early harvests even at the end of July. The main productive areas of Texas include the High Plains to the north and Trans-Pecos and the Texas Hill Country to the south.

WINE TOURISM IN THE USA

In addition to the increased popularity of American wines, the United States is also becoming a wine tourism destination for European travelers.

The phenomenon of wine tourism has relatively modern roots. It is for the past 30 years that the American wine scene has begun to attract millions of tourists every year, especially in hot places like Napa Valley and Sonoma County in California.

In this period, wine tourism in Napa Valley has continued to grow exponentially reaching levels of excellence and increasingly important economic importance.

Many of the European travelers who visit San Francisco or California’s parks go to the wine areas at least for a day trip, while visitors to New York often take the opportunity to visit the Brotherhood Winery, America’s oldest operating winery since 1839.