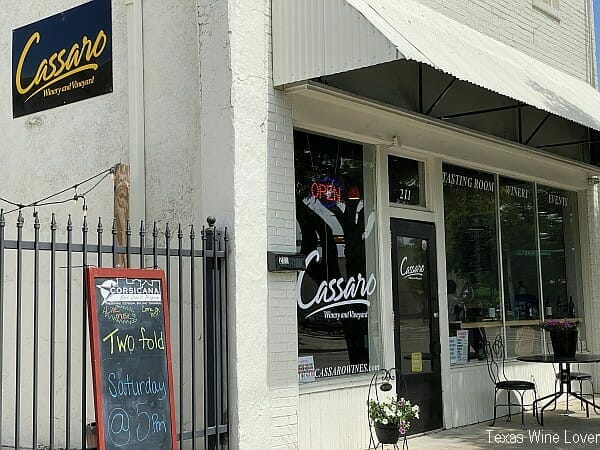 Cassaro Winery in Ovilla, Texas is located south of Dallas and since 2019 when they first opened, owners John and Jill Matthews have been expanding constantly. Their location in Ovilla is well-known for evening concerts and today, the series “True Crime and Wine” is drawing sold-out crowds as John Matthews helps guests experience his nearly four-decade career in law enforcement as he profiles local serial killers.

Now Cassaro Winery has opened a second tasting room in Corsicana and has brought its award-winning Texas wines along with concerts to the community in the Corsicana area.

We stopped to visit the new location and easily found it in downtown Corsicana right next to the railroad tracks. That location would be significant because we learned the tasting room is in an old train station depot. 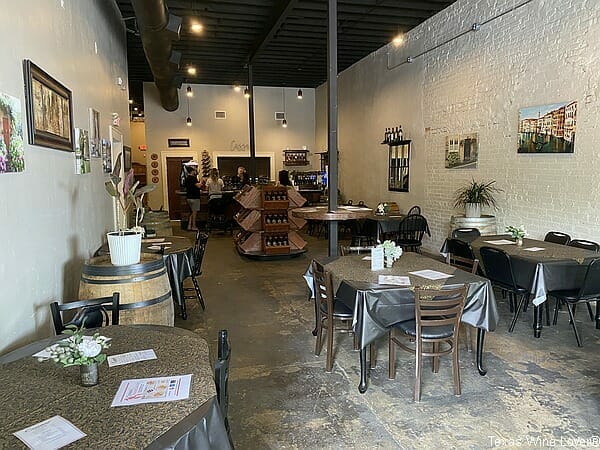 Michael Matthews, son of John and Jill Matthews, is the tasting room manager and we were pleasantly surprised to also see John there when we visited. While Gloria did her first tasting of Cassaro Winery’s Texas wines, John showed me around the two-story tasting room. 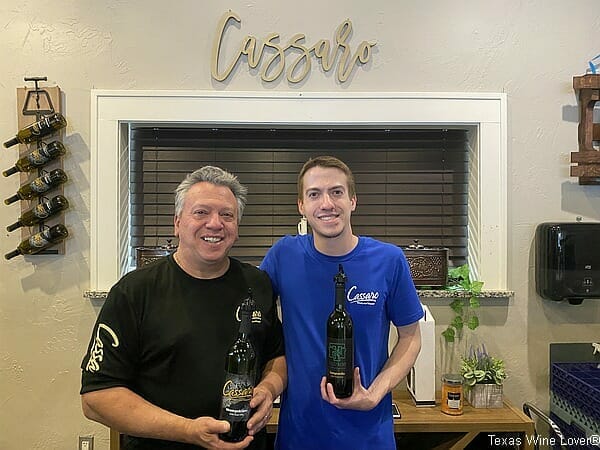 The first floor is where the tasting bar and tables are and upstairs is the wine members’ lounge. There is a lot of room upstairs along with another bar and tables primed and ready for an event. John showed how the windows in the upper flow were indicative of where the train station’s hotel rooms were located. There is a line of taps present from the previous tenant and the winery is trying to determine how best to use them for their wine. 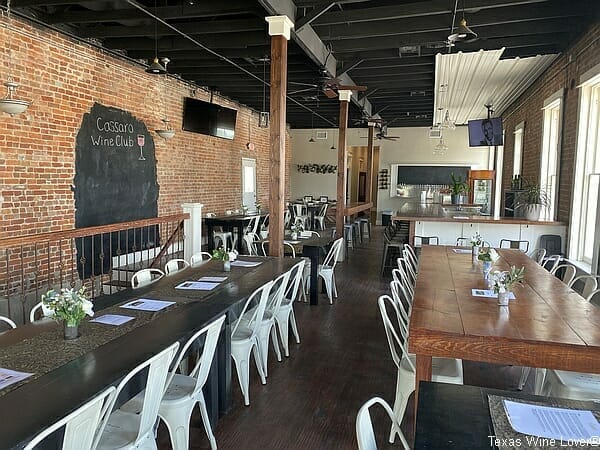 The upstairs windows also overlook the start of S. Beaton St. with an arch and the adjacent train tracks. John said people come to sit outside on the first floor just to watch the trains. 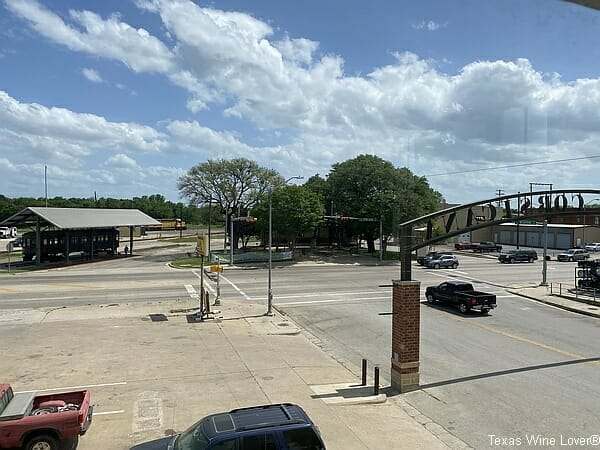 The space next to the winery is lined with tables and a stage where the weekend concerts take place. Also taking place, which has proven to be very popular, is the arrival of the Cousin’s Maine Lobster food truck. 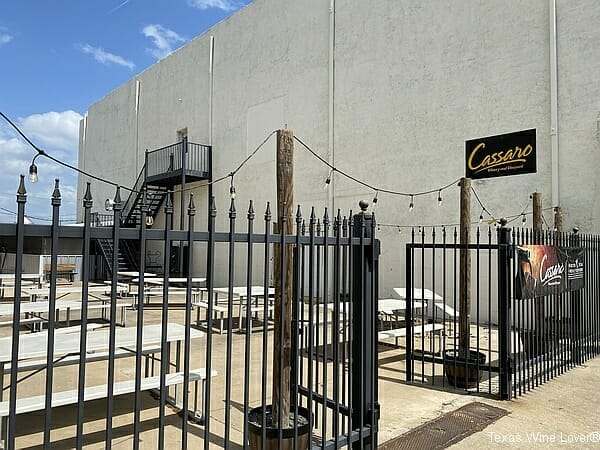 These are the wines that were available at the time of our visit:

Besides the addition of food to enjoy while you’re sipping on their wines, Cassaro Winery in Corsicana is definitely a place to visit.