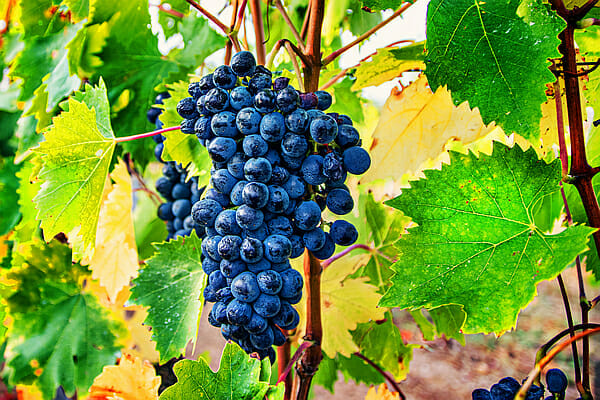 By Paul and Merrill Bonarrigo

The most noteworthy grape of Umbria, Italy, is Sagrantino. It has a past cloaked in mystery and conjecture. In 2011 my wife Merrill and I had the unexpected pleasure of meeting this grape.

As speakers for the International Wine and Tourism Conference in Perugia, we toured Umbria for seven days teaching hundreds of European winery professionals about wine tourism, retail wine marketing, and direct-to-consumer sales and marketing.

One of our excursions was to the lovely hill-top town of Montefalco, a historic town in Umbria that is southeast of Tuscany and northeast of Rome. Since Roman times it has been famous for its wine production. Montefalco is located in the center of Italy and is the only region of Italy not bordered by the ocean. The soil type is clay over limestone with an elevation that ranges from 600-1,200 feet and its average rainfall is thirty-two inches. The landscape reminded us of Texas. 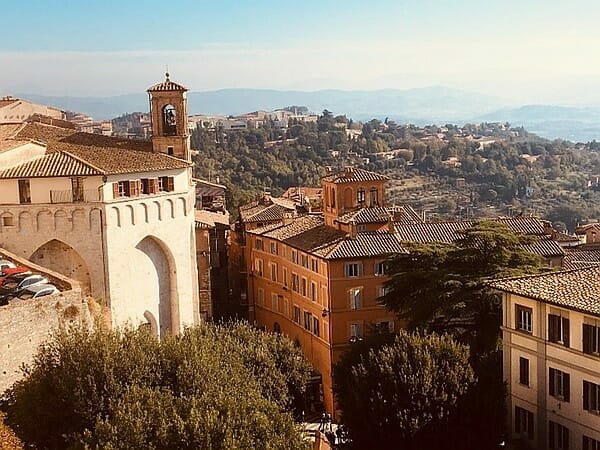 Umbria was long known for Orvieto wines which are blends of indigenous grapes Grechetto and Trebbiano. Today Umbria is known for Sagrantino. Sagrantino is a dark-skinned indigenous grape that was first recorded in the area around Montefalco in the sixteenth century. Its name means “Sacramental” wine. It was used for communion and religious celebrations. Up until the mid-1970s Sagrantino was made as a sweet wine (Passito). Harvested grapes were placed on straw mats for dehydration then pressed to make a dessert wine. In the 1970s producers around Montefalco began making the grape into a dry red wine. 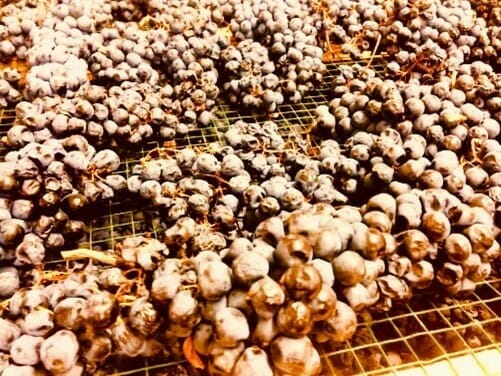 Sagrantino has the highest tannic and polyphenol level of all Italian and French varietals. High polyphenols are known to reduce heart disease as they inhibit cholesterol plaque in the blood vessels.

In Umbria, they produce two primary dry red wines from Sagrantino. Sagrantino Montefalco DOCG which is 100% Sagrantino and Montefalco Rosso DOC which is usually 60-80% Sangiovese, 10-25% Sagrantino, and the rest a mixture of red varietals.

In 2011 we met Marco Caprai of Arnaldo Caprai winery. His father, Arnaldo Caprai, bought the property and started the project in 1971. At that time there were twenty-five acres of Sagrantino planted and primarily used to make Passito dessert wine.

Under Marco’s leadership, they began experimentation with new growing methods of Montefalco Sagrantino. He showed us trials of different pruning techniques and canopy management on the variety. He also led the way on optimizing the grapes potential as a bold full-bodied red wine. 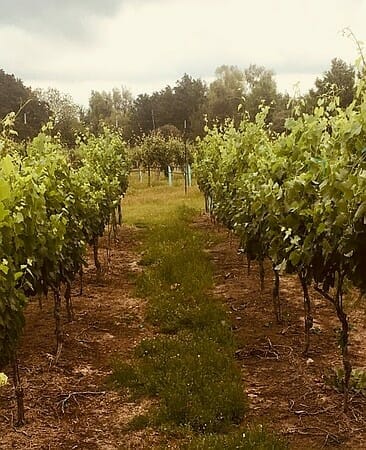 Sagrantino grows in Australia, California, and Washington State. Merrill and I were happy to be able to bring Sagrantino to Texas. Immediately after returning from our teaching in Umbria, I called U.C. Davis to see if they had propagated Sagrantino. They said my timing was perfect. U.C. Davis had received wood for propagation of Primitivo. As they were about to release the wood to nurseries, they discovered that the wood they had received was actually Sagrantino.

Using a list of nurseries that had received the Sagrantino, I called all of them and bought every Sagrantino plant they had. When the plants arrived, I disbursed them to some of my interested growers and planted a Sagrantino vineyard at our estate vineyards at Messina Hof Bryan and at Messina Hof Hill Country. 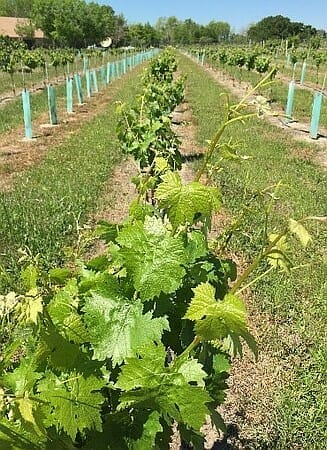 Our first vintage was in 2014. The juice was very dark and rich for such young vines. The 2015 vintage was even darker. 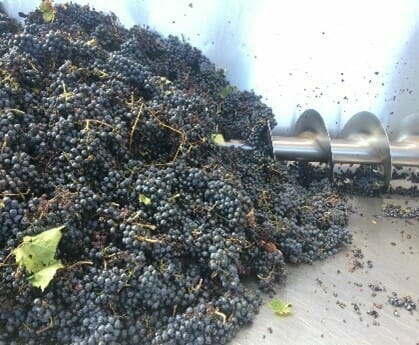 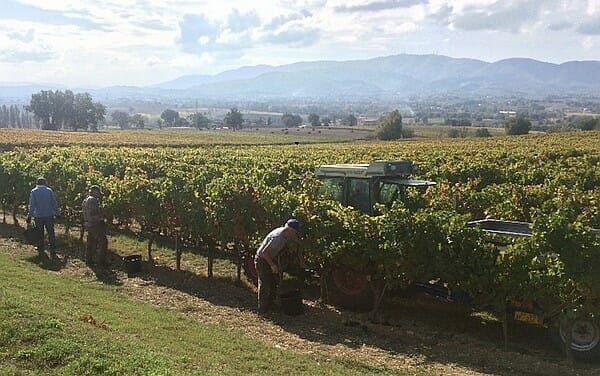 We returned to Umbria many times and even harvested Sagrantino at Perticaia. Paul and Karen (Bonarrigo) have been with us as well. 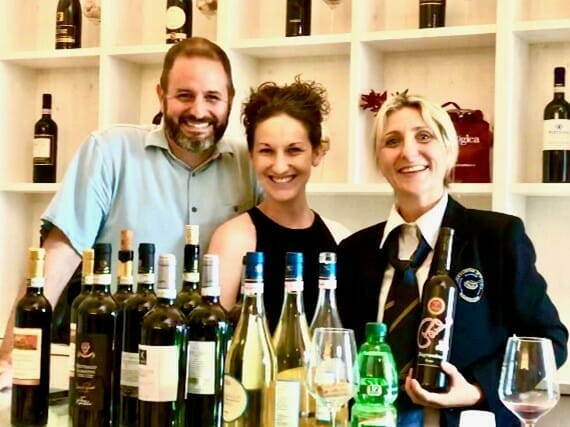 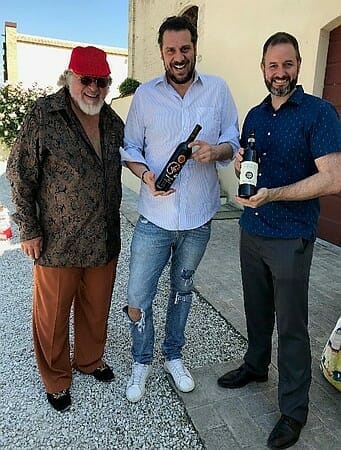 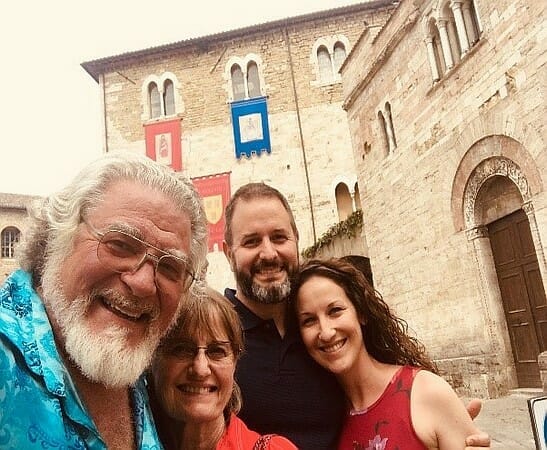