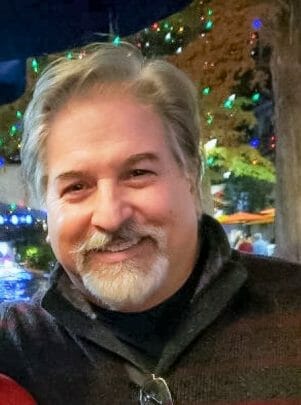 Though I’m not a grower, I can’t help but be affected by the weather. Just in the past few years, we’ve experienced numerous large-scale hailstorms, heat waves, early frosts, and extended freeze events. We work with numerous vineyards to secure fruit for the season only to have weather events throw a huge wrench in our plans, leaving us scrambling for fruit, sometimes right up to harvest. I have a huge respect for grape growers, and I tip my hat to them for what they must go through.

I think it’s easily both. The art of making wine is so much about taking the grapes as you receive them in the winery and using different influences (yeast, oak, etc.) to shape the style of wine you want to make. Science allows you to quantify what your wine is capable of.

I’d probably hire someone to make wine for me. I love the Texas wine industry and figure I’d be a part of it one way or another.

Back in 2000, my younger brother who owns Blue Star Brewing Company in San Antonio gave me a winemaking kit that someone had given to him. I didn’t think much about it at the time but went ahead and made the wine. It wasn’t much of a challenge, but I became interested in what real winemaking was like. I soon started ordering frozen grapes from California, then graduated to harvesting small amounts from Hill Country vineyards. I began reading everything I could get my hands on and even took remote classes from Cal-Davis. I had definitely caught the bug. I think the attraction was the combination of art and science, plus the reward that you can make something with your hands that can bring enjoyment to so many people.

I touched on this earlier…being able to make something with your hands that can bring enjoyment to so many people is very gratifying. In addition, though, as I’ve become more involved in the Texas wine industry, I’d have to say the people I’ve met and the new friends I’ve made has been awesome. It’s just great to be a part of it.

Quite honestly, I try to make wines that I love to drink from grapes that grow well in Texas. Of course, since almost all of my wines are single varietal, I try to make the wine as close to varietally correct as possible. But again, it’s going to be wines that I love, which would generally be grapes originating in southern Europe, mostly Italian and Spanish varietals, that have proven they can thrive in our climate.

Soon after we introduced our first commercial wine in 2019, I was talking to a fellow winemaker about how weird I thought it was that so many wine lovers seemed so excited and interested in talking with winemakers about their wines. He said, “Are you kidding me? We’re rock stars, man.” Well, I don’t know about being a rock star, but being a winemaker is pretty cool.