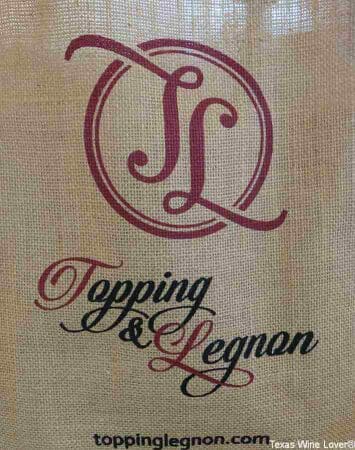 When you receive an invite to head out into the Texas Hill Country to try out a new winery’s tasting room party, we believe the best option is to go! Even during these wild and crazy times, masking up and sufficient social distancing for a day trip can be a great way to get out and explore a bit while continuing to try and support wineries and the wine industry. Topping & Legnon held a tasting party this past weekend at the Mendelbaum Cellars location.

This micro-boutique winery located on 18 acres in Lake Country, California, had Bordeaux style varietals planted with some vines 26 years old when Dana Topping and Rick Legnon, two friends who decided growing award-winning small batch varietals would be a wonderful thing to try. By 2009, they were produced their first vintage and began selling their fermented juice to other larger named labels in the surrounding area. Over the years, they received acclaim for their juice and the quality of their product continued to get better. They finally decided it might be time to break out and try their hand at launching their own premium labeled wine. That became reality in 2012 and they have never looked back since.

The vineyard is organic and incorporates biodynamic practices, and the wines are unfiltered with all the extra flavor bits intact. This winery has produced award-winning wines and I was pleased to have the opportunity to taste the lineup they had available on their tasting menu. The premium wines on the menu included a 2016 Sonoma County Rosé, a 2017 Chiles Valley, Napa Chardonnay, a 2017 Sonoma Mountain Pinot Noir, a 2018 Lake County Malbec Grand Reserve, a 2016 Lake County Syrah, and a 2016 North Coast Cabernet Sauvignon. The tasting menu advertised these six wines for $18 for the tasting and in addition that day there were charcuterie and cheese trays that could be purchased to accompany the tasting. Upon seeing that, I ordered this lovely addition to my tasting adventure and once it arrived, I embarked on my exploration thru the lineup. 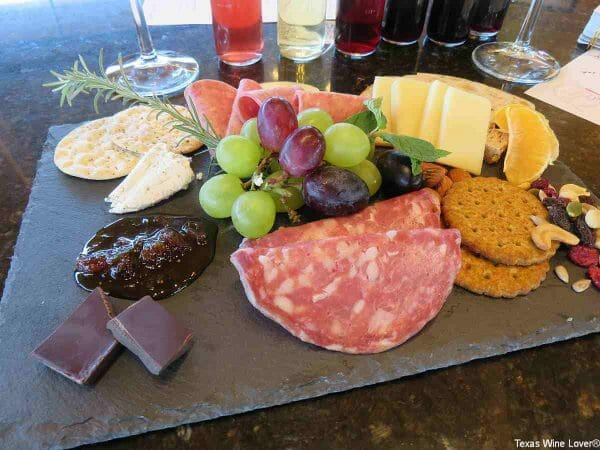 The 2016 Sonoma County Rosé was bright, crisp, acidic, and featured notes of strawberry and a bit of watermelon. This Rosé was produced from Cabernet Sauvignon and the color was a dusty pink due to the wine being organic and unfiltered. This wine did have a bit of petrol on the nose as well. The second wine sampled was the 2017 Chiles Valley, Napa Chardonnay featuring a light pale-yellow color and minimal oak. The predominant notes were citrusy with lemon and Asian pear. This is another very crisp and clean wine which should appeal to those who do not like a heavily oaked Chardonnay. The oak is ever so slight that is it not readily discernable and it is an easy sipping and enjoyable white. 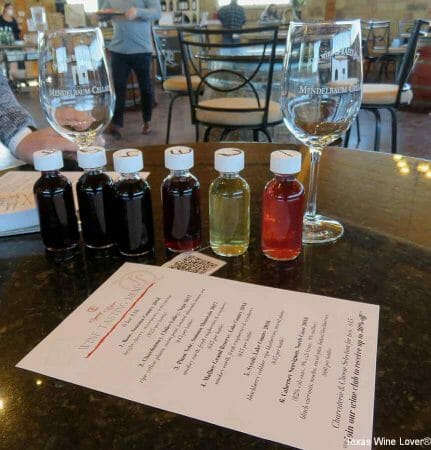 The 2017 Sonoma Mountain Pinot Noir had a bright raspberry shade with a nose of smoke, herbs, and cranberry. This is a light Pinot featuring cranberry fruit flavors with bright acids and a crispness to this wine as well. Think tart cranberries for this lovely wine featuring fruit grown at 1,500 feet.

The fourth wine sampled was the 2018 Lake County Malbec Grand Reserve which is a big red wine that is unfiltered and is a newer wine for this winery. This red is earthy, smoky, acidic, and still evolving. The deep dark cranberry red colored wine featured earthiness with cranberry and raspberry notes. This wine deserves to be revisited in a year or two to see how it continues to evolve.

The 2016 Lake County Syrah had a very big mouthfeel, with a lusciousness from lots of residual sugar. Think port like Syrah wine that is unfortified and very lovely with blackberry and blueberry notes in this fruit-forward beauty. This wine can serve as a nice dessert pairing wine or serve as dessert on its own as an easy sipping after dinner Syrah—one of my favorites on the menu. 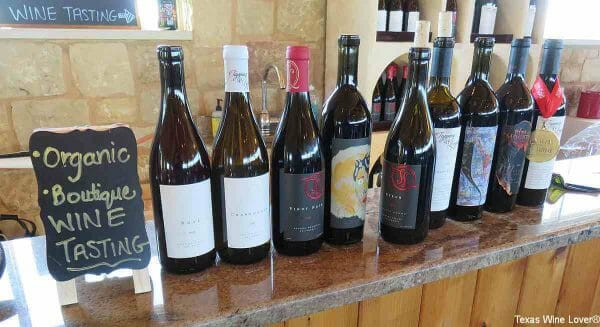 This was followed by the 2016 North Coast Cabernet Sauvignon which was blended with 82% Cabernet Sauvignon, 9% Cab Franc, and 9% Malbec. This stunning red was well balanced and heavy on blackberry and currant notes with a hint of mocha. This bottle featured good acids and tannins and a lovely long finish. This award-winning wine was another favorite in the lineup.

In addition to the standard six wines featured on the menu, the 2016 Cab Franc was sampled which was a blend of 82% Cab Franc, 8% Cabernet Sauvignon, and 8% Malbec. This blood red colored wine was a harmonious blend of the three varietals and had an herbaceous nose with lovely fruit for this gold medal award winning wine.

The final wine sampled was truly unique. The 2015 Fire on the Mountain Cabernet Sauvignon was a wine created from fruit that was initially impacted by Napa, California fires but a reverse osmosis process was used to help save the wine and, in the end, helped create a truly unique and lovely bottle. The wine does feature some smokiness but not in a bad way. This wine has a hint of vanilla with blackberry fruit and moderate acids and strong tannins for a super long smoky finish. The artwork on this bottle is lovely as well and was created by one of the owners. 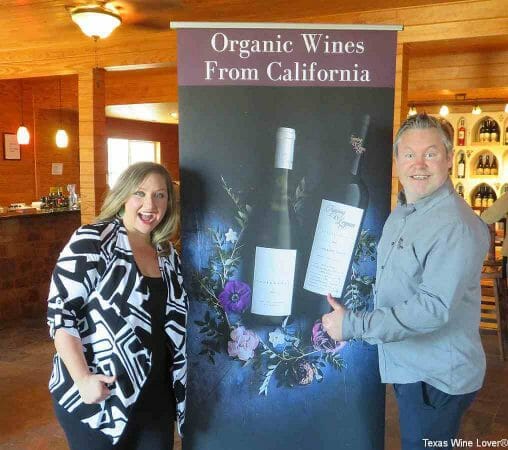 The tasting experience with Taylor Johnson, her husband Andrew James Johnson, and the rest of the tasting room team was outstanding. She is the Head Sommelier and Accounts Manager for the winery and her father was one of the founders. The energy in the tasting room was very upbeat, and featured music and a very friendly and helpful team of staff ready and willing to assist customers with any questions. There are far more wines that this winery has on their website and available for purchase in the tasting room. The wines all demonstrate how great wine can be crafted organically to allow fruit to shine without added chemicals in the vineyard. If you get a chance to try their wares, you should!