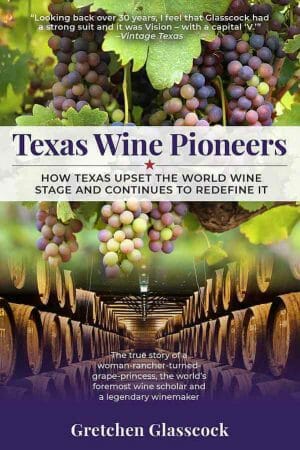 In Texas Wine Pioneers: How Texas Upset the World Wine Stage and Continues to Redefine It Gretchen Glasscock shares her experiences through several important events that enabled the Texas wine industry to become what it is today. She had a significant role in the planting of the first commercial vinifera vineyard in Texas, the passage of the Farm Winery Act (HB2229), the formation of the Texas Grape Growers Association, and the introduction of Texas wines to the global stage. Glasscock also shares her thoughts on what Texas wineries need to do to further their advancement in the current economic climate. 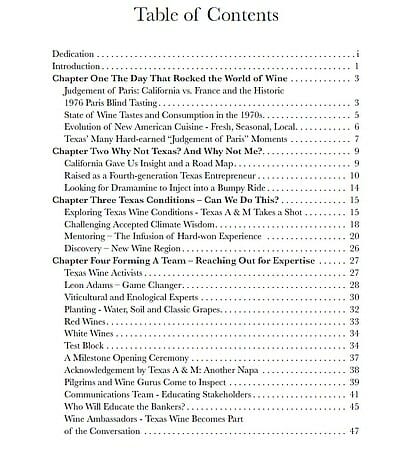 Glasscock sets the stage in the early 1970s and the state of wine and food culture in the United States. Americans were into sweeter wines, but several California wineries were getting much more serious about the quality of their wines. The idea of local and seasonal cuisine that is so common now was groundbreaking at the time. She then shares the story of her family, their history of ranching and land ownership in Texas, and her upbringing. She credits her father for her entrepreneurial streak. It was after his passing that she returned to Texas from New York City where she was living after attending Columbia University. Gretchen had a new calling, to care for her family’s land as it was their livelihood.

It was Glasscock’s interest in wine and land stewardship that led to her exploration of grape growing. Around this time, Texas A&M conducted a grape growing feasibility study which concluded that Texas’ climate was appropriate to grow wine grapes of “everyday wine” quality, definitely not what was needed to grow grapes to make world-class wines. Gretchen challenged these findings as Texas is a big state after all. Her research led her to the Texas Davis Mountains. She formed a coalition by reaching out to others that were pioneering wine in Texas, respected wine professionals throughout the world, along with a team of business professionals. After years of work, she planted the first commercial vinifera vineyard in Texas, the Glasscock Vineyards at Blue Mountain. The vineyard officially opened in April of 1977 on 42 acres with 18,000 vines. 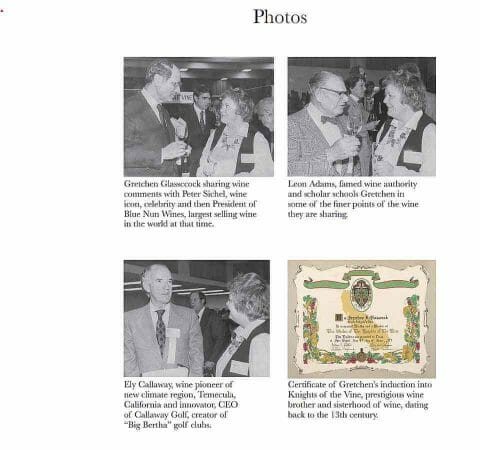 Glasscock knew that a successful wine industry needed more than just impressive vineyards. She helped lead the charge to educate wine professionals globally about Texas wines, and the biggest battle yet, passing legislation in Texas that would pave the way for a robust wine industry. The liquor lobby and other adversaries had deep pockets and no interest in dealing with anything that could be seen as new completion. Do you think Texas’ alcohol laws are backwards now? Just imagine how things were in 1979. Gretchen refused to give up, and with her smarts and stubbornness was able to drive the passage of the Farm Winery Act which opened the doors for the foundation of a real wine industry in Texas.

After nearly a decade of pioneering grape growing in Texas, Glasscock stepped away to pursue other interests, management of her family’s land, becoming an early adopter of Internet-based businesses, and supporting women’s issues in business. After a long hiatus from Texas wine, her story comes full circle at the 2020 TWGGA Conference. She shares how impressed she is with how far the Texas wine industry has come, how it is still facing some old challenges, and the new challenges brought on by the COVID-19 pandemic. She sees the need for Texas wineries to fully embrace online sales and is currently driving an online Texas wine marketplace called Advancing Texas Wine.

Glasscock does an excellent job of sharing her story of the events that helped shape the Texas wine industry we have today. It’s not only an interesting tale but insight that anyone trying to be successful in Texas wine should take to heart. 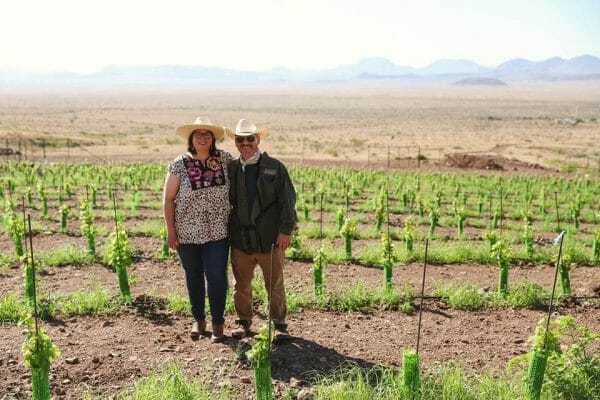 So, what happened to the Vineyard at Blue Mountain? Unfortunately, after trading hands several times it succumbed to disease. There is a lot of hope though. Maura and Dan Sharp purchased the property where the original vineyard was planted and are on a journey to replant it called Vineyard at Blue Mountain. They replanted the first acre earlier this year and have big plans for the future. Be sure to check out their website to learn more about their plans and latest progress.

Be sure to get your copy of Glasscock’s book at Amazon today! 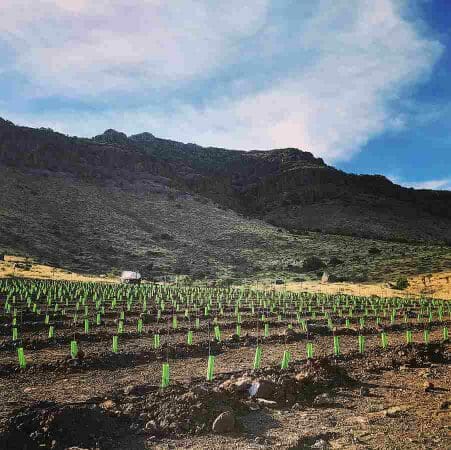