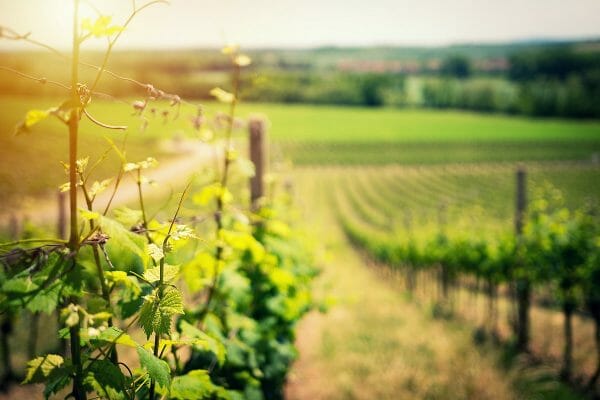 Late last year, the United States Department of Agriculture released a report on grape production in Texas in 2019. The report provides little in the way of analysis, but a few high-level findings are included: 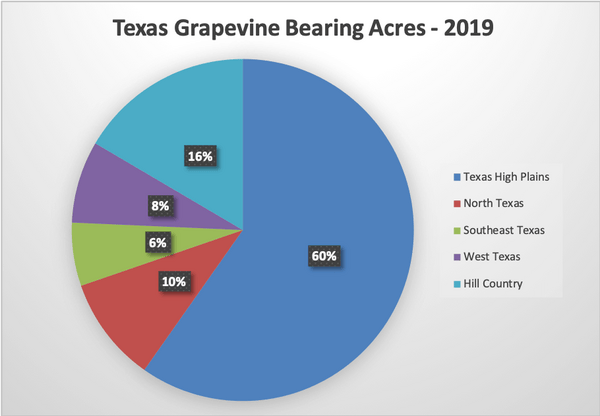 These data were collected from growers on acreage, production, and price for the 2019 crop. The Texas Wine & Grape Growers Association assisted with promotional efforts. 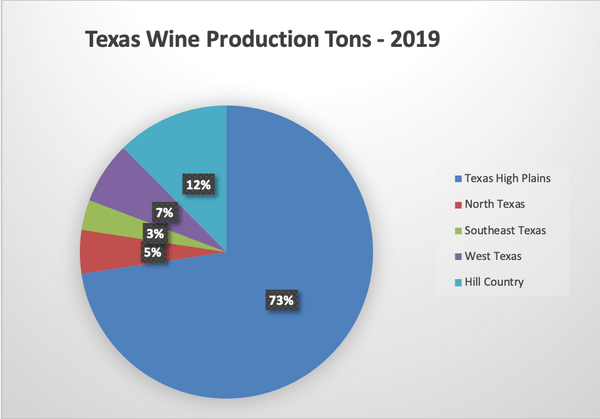 The report includes details on each wine grape growing region of Texas (High Plains and Panhandle, North Texas, Southeast Texas and Gulf Coast, Hill Country, and West Texas). For each region, the report lists every variety planted, bearing and non-bearing acres, production tons, and yield per bearing acre. I used this information, plus reports from 2017 and 2015, to look for trends in vineyard plantings and wine production. I conducted my own analysis to answer some important questions about the growth and diversity in Texas vineyards.

Since 2015, Texas has added approximately 1,220 bearing acres of vineyard. The largest additions have been from Mourvèdre (173 acres), Cabernet Sauvignon (170 acres), Tempranillo (120 acres), Sangiovese (99 acres), Tannat (92 acres), and Blanc du Bois (75 acres). No other varieties have come close to this growth. Red grapes varieties have far surpassed white in added bearing acres. In fact, white grape varieties have been responsible for fewer than 175 of the added 1,220 acres bearing fruit.

Where are the new plantings?

What are the Top 10 most planted red grape varieties in Texas?

Statewide, the most planted red grapes (listed in order) are Cabernet Sauvignon, Tempranillo, Merlot, Mourvèdre, Sangiovese, Black Spanish, Malbec, Syrah, Cabernet Franc, and Tannat. Cabernet Sauvignon plantings make up 17% of all red grape plantings in the state. From 2015 to 2019, Mourvèdre had tremendous growth from 77 to 250 bearing acres (+224%) and from 210 to 950 production tons.

The list of the top 10 grapes in Texas has been consistent with only slight movement since 2015 with one exception. Tannat replaced Zinfandel in the #10 spot in 2019. 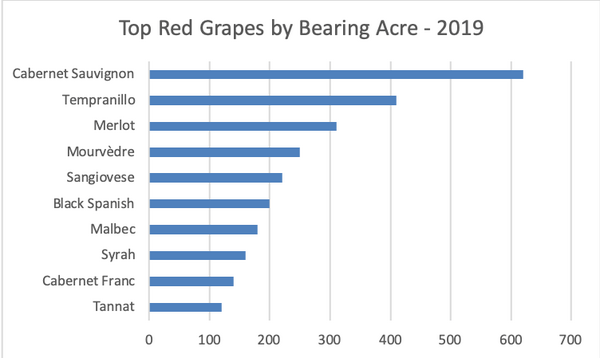 What about white grape varieties?

Blanc du Bois, Viognier, Muscat, Chardonnay, Riesling, Roussanne, Pinot Grigio, Sauvignon Blanc, and Chenin Blanc have been among the top 10 grapes in the state since 2015. Albariño is currently on the list, but that spot has also been held by Orange Muscat (2015) and Gewürztraminer (2017).

Blanc du Bois, in the #1 spot, makes up 15% of all productive white grape vineyards in the state. In 2015, both Muscat and Viognier had more bearing acres than Blanc du Bois. Blanc du Bois leapfrogged both of them in the 2017 report. 40% of the Blanc du Bois in the state is planted in Southeast Texas and the Gulf Coast. 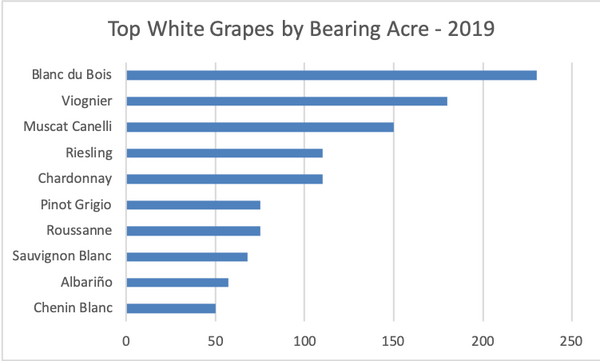 Is the number of grape varieties planted in Texas growing or shrinking? Why does it matter?

A 2011 California Department of Agriculture report showed that 93% of Northern California appellations’ grapevines were planted to just eight popular grape varieties. This realization led to an effort to diversify plantings in hopes of encouraging consumers to drink other varieties outside of these Big Eight and of encouraging grape growers to replant these underappreciated varieties. A recent study indicates that California vineyards are indeed diversifying. The “Big Eight” have expanded to include a ninth variety. Further, those nine varieties now occupy just 88% of vineyard land, not 93%. Source SevenFifty.

By comparison, Texas has 34 grape varieties that make up 93% of its bearing acres. The top planted grape in Texas, Cabernet Sauvignon, still only makes up 12% of total productive acres. Consider this: more than 25% of Texas vineyards are planted to grapes that are not in the top 10 of red or white grapes by bearing acre. It seems that Texas is doing a good job at maintaining space for experimenting with new varieties and for small production wines. Texas consumers are becoming more familiar with grapes outside the familiar international varieties as well.

Why is this important?

Texas has a relatively new modern wine industry, and grape growers and winemakers are still determining the best use of its vineyard land. It’s that spirit of discovery that makes this state one to watch.

Understanding the complex Texas wine industry is never-ending challenge, but one I relish. Dissecting the grape variety reports led to fascinating findings, but brought up even more questions:

Back to the data I go…Stay tuned!

“If we have data, let’s look at data. If all we have are opinions, let’s go with mine.”