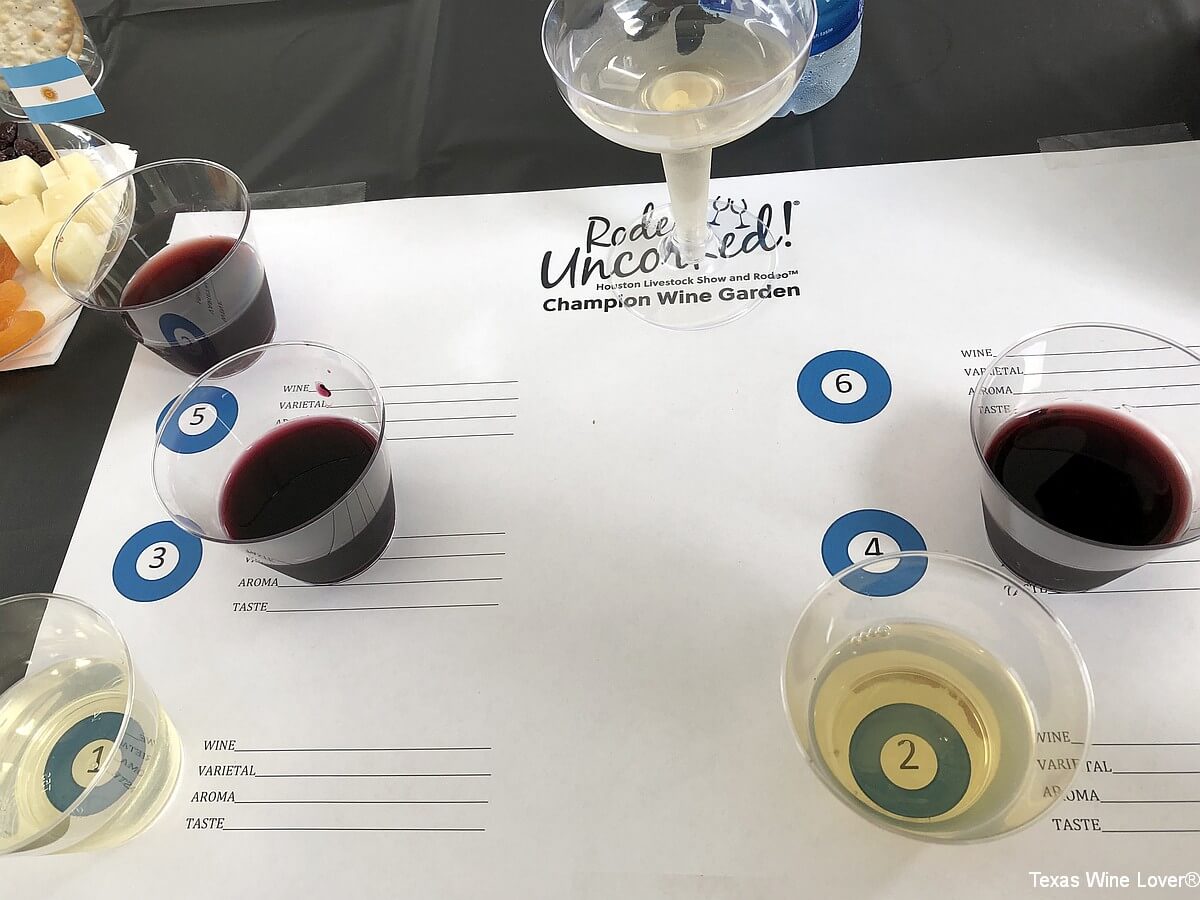 Before the Houston Livestock Show and Rodeo™ (HLSR) was cancelled due to COVID-19, wine was a beverage option for most of the millions of visitors who thronged the NRG Stadium grounds to view the titled livestock show and rodeo events that were enhanced by big-name entertainment performances.

But since HLSR is a celebration of agriculture, wine has increasingly become a more impactful part of the annual multi-week event. That is because great wines start in the vineyard and, thus, viticulture is a form of agriculture in its truest sense, according to HSLR Superintendent of Wine Carl Chargois. 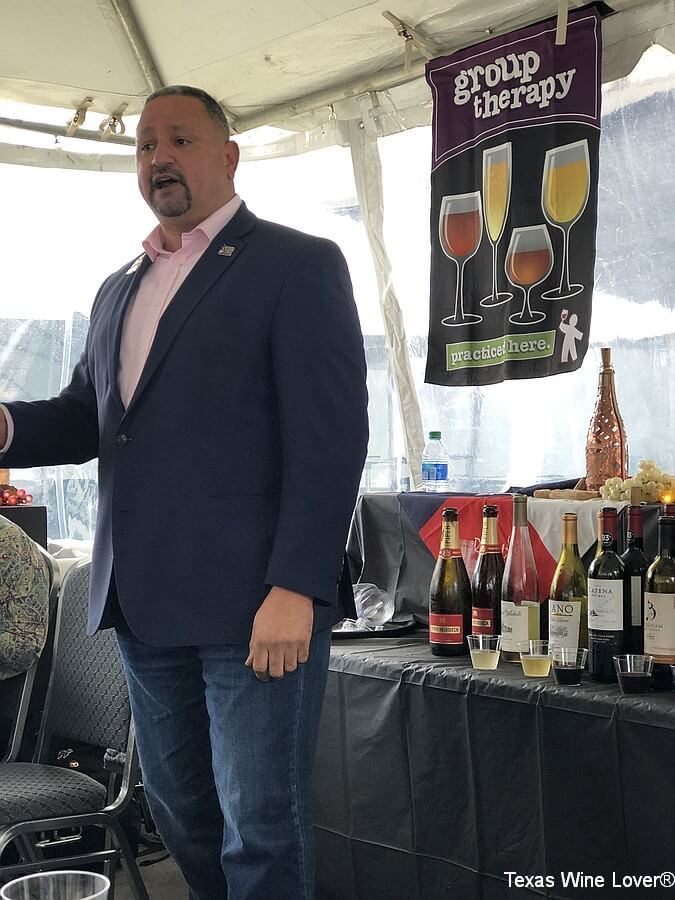 Speaking at a Rodeo Uncorked! Media Day event on March 4, Chargois noted that wine quality around the world, and especially in Texas, is improving through the sharing of best practices. He led a tasting of six wines to reflect that quality improvement.

Five of those wines, including the 2017 Bingham Family Vineyards Dugout Red, were top award winners in the 2020 Houston Rodeo Uncorked! International Wine Competition that included 480 Texas entries among the 3,528 wines entered from 19 countries. 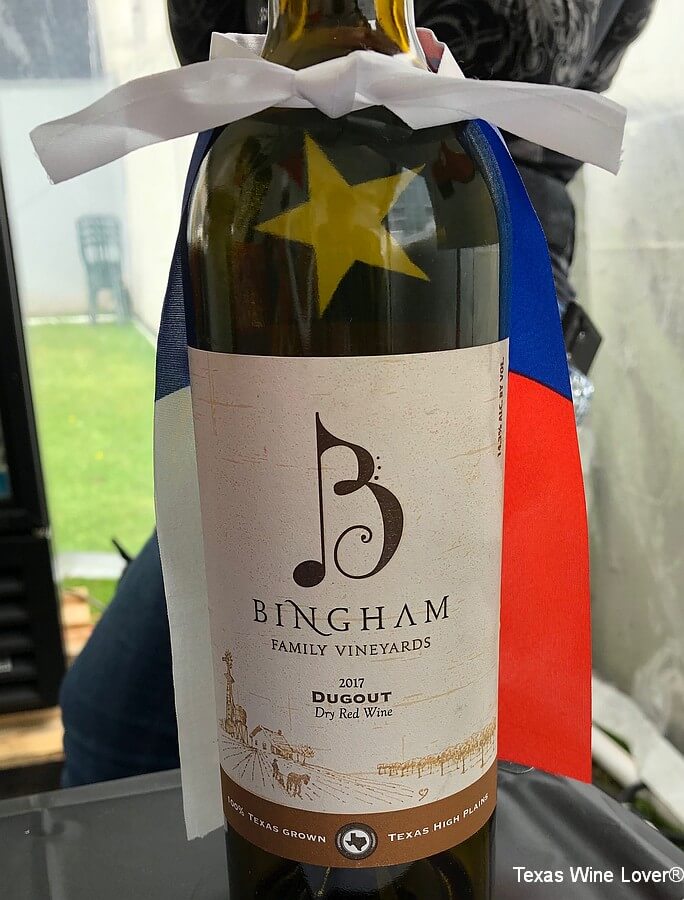 On behalf of Texas Wine Lover, I was one of approximately 30 media-related guests who tasted the wines in the following order:

The Llano Estacado Chardonnay was included in the Media Day tasting as an indication of how Texas wines are improving, according to Chargois. He added that Llano Estacado was to be featured along with about a dozen other Texas wineries at a special event on March 5.

Chargois boasted that the HLSR wine competition is the only wine competition in the world to put its judges through training “to frame their tastes” before the more than 120 judges began a double-blind judging process. A Gold, Silver, Bronze, or No Medal is awarded to each entered wine based on scoring by a panel of five judges. A wine is given a Double Gold medal if all five judges voted it a Gold medal.

Classes of wines are subdivided by price points, Chargois said, so that a $7 bottle of Chardonnay does not compete unfairly with a $35 bottle of Chardonnay. A Champion and Reserve Champion are determined for each class based on the judges’ point totals. Since 2019, each Class Champion with 410 or more points advances to the Semifinals Round grouped as a red, white, sparkling, or dessert wine. The top dozen from each of those four groupings advance to the Super Panel Round where they compete for one of the 13 highest honors awarded by Rodeo Uncorked!

Among those top awards are the Top Texas Wine title that went to the aforementioned Bingham Family Dugout Red, along with the George Bush Presidential Library Foundation Award. The Top Texas Wine Company, and recipient of the Texas Department of Agriculture Commissioner’s Award, was Becker Vineyards. 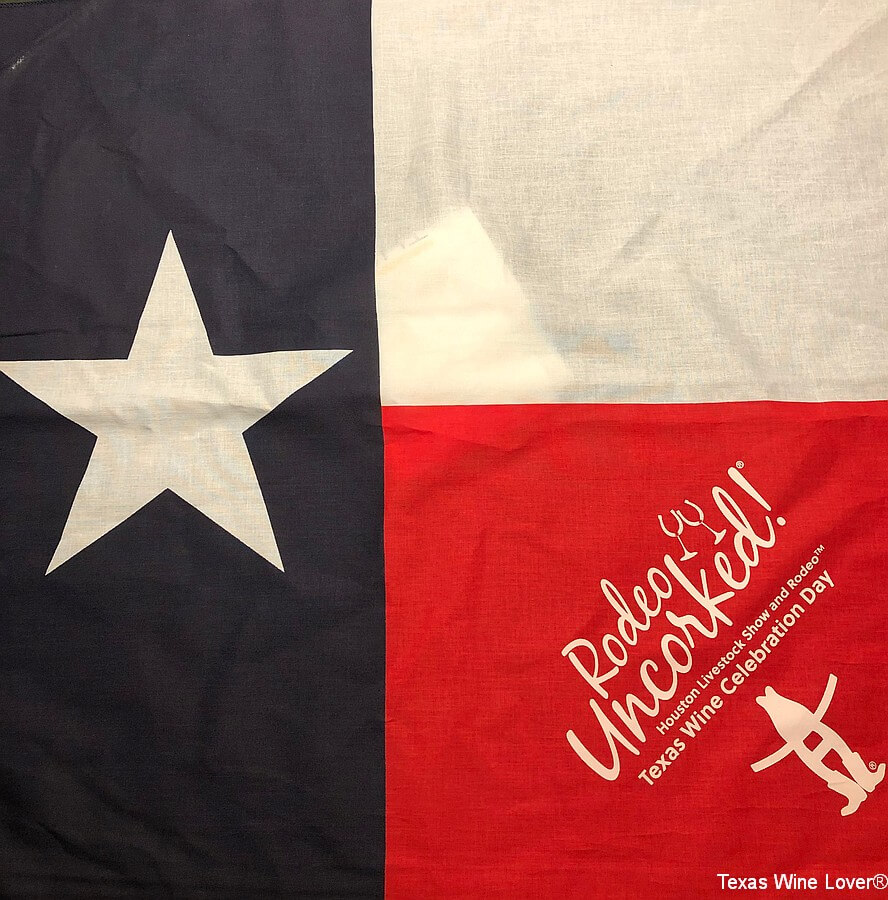 Karen Singley, chair of the Wine Events Committee that sponsored the Rodeo Uncorked! Media Day event, laughed that the attendees at that event were “tasting more than $400,000 in wine out of plastic cups!”

Chargois pointed out that the HSLR wine auction is annually listed as one of the top five wine auctions in the world. “But really, we are the top wine auction because our lots only include wine, while the other auction events included trips and merchandise in their gross proceeds totals,” he said.

As both native and adopted Texans know, everything is bigger in Texas – or at least it seems so. Thus, to this native Texan, the most impressive of the numbers and boasts presented at the Rodeo Uncorked! Media Day was that more than 1,800 Texans now form the five wine committees that focus on Wine Competition, Winery Relations, Wine Sales, Wine Events, and the Wine Garden.

With that many avowed Texans drinking wine, and the many thousands more that flock to wineries, tasting rooms, festivals, and the like throughout this big state, there is no doubt that, like the Houston Livestock Show and Rodeo and its Rodeo Uncorked! International Wine Competition, wine in Texas is a growth business.