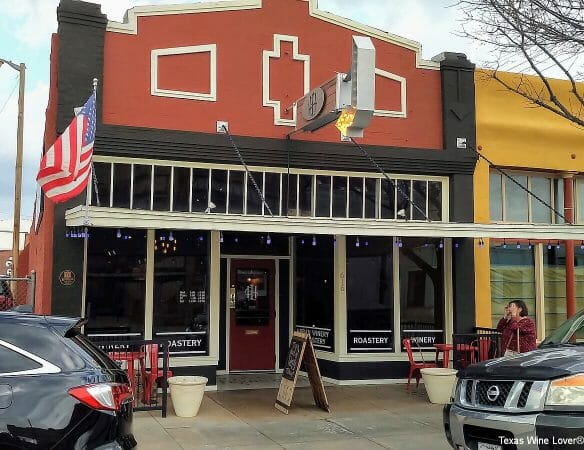 We recently had plans to attend a Saturday event at Blue Ostrich Winery, which you can read about here, so we decided to make a four day trip out of it and visit other wineries in the area. On Friday, we planned on heading to Celina and Denison; however, mother nature had other plans for us. A line of thunderstorms was forecast for that area most of the day, so we decided to change course and head to Wichita Falls as it appeared to be out of the storm’s path.

One of our stops was at Hook & Ladder Coffees and Wine Co. Nestled in the Depot Square Historic District, Hook & Ladder Coffees and Wine Co. is located in the old Toodles building which was built in 1885. Originally a saloon and bathhouse, the building was restored in 1996 highlighting some of the building’s original features. Immediately upon entering, our eyes were drawn to the Hook & Ladder sign hanging from the ceiling, the beautiful copper tin ceiling, the original black and white tile floor with inset details, and plaster walls with exposed brick. 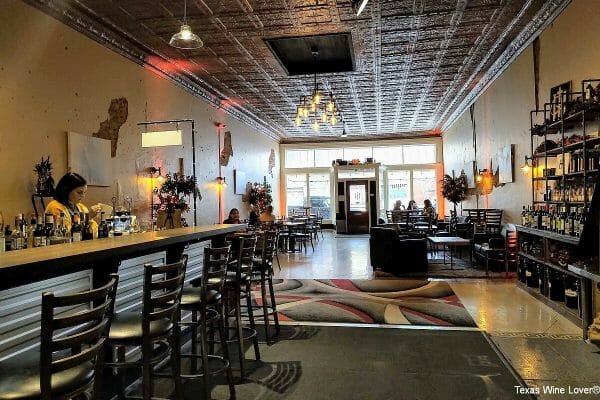 Co-owned by Jon and Pam Reese and Bill and Lauri Weske, who we had the pleasure of meeting, Hook & Ladder opened in June 2019, and is already set to expand into the adjacent building which Bill said would be focused more on the wine part of the business. When asked how the name came about, I was told it was in homage to Jon and Bill’s numerous years spent serving the Wichita Falls community as part of the local fire department. In the true spirit of giving back to their family, a portion of their proceeds goes to the Wichita Falls Fire & Police Museum. Additionally, a portion of the proceeds from the sale of two specially named coffees goes to a local nonprofit pet clinic. 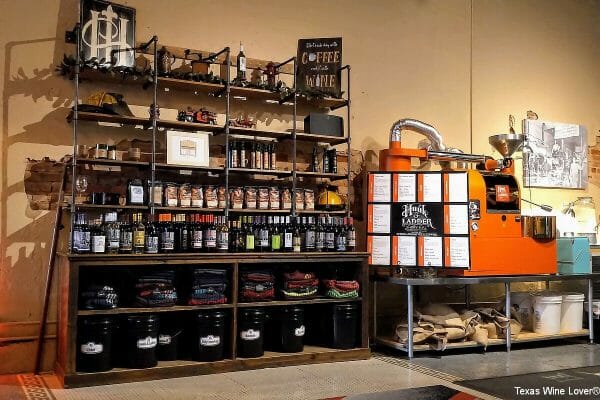 There were a couple of tables and chairs outside the building, but that definitely was not the day to enjoy outside seating as it was in the 30s and a little breezy. There were several tables and chairs inside the building, a couple of quaint seating areas, and a bar in the back with some seating and where orders are placed. Behind the bar was a wine bottle wall with the Hook & Ladder logo beautifully lit by blue lights. As the name states, Hook & Ladder not only sells wine, but they also sell coffee. They roast their coffee beans onsite and the orange roaster is proudly displayed across from the bar. Next to the roaster is shelving with various H & L merchandise for sale, including their wines. While they occasionally have live music, during our time there they had a nice array of music playing over the speakers. 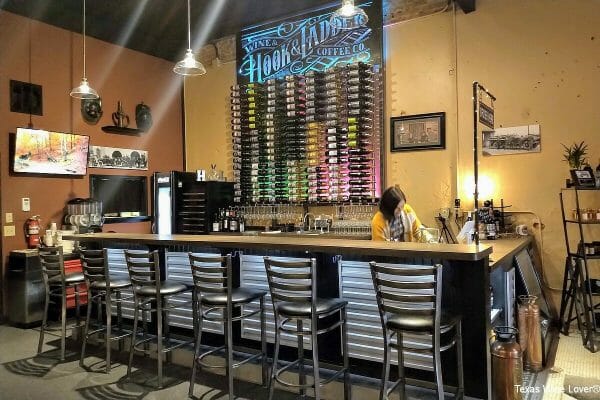 Hook & Ladder offers a nice selection of wines made for them with grapes from Texas, California, Washington, and South Africa. They also sell wines from Sugar Ridge Winery, which has locations in Ennis and Sanger. A sampling of any four wines, excluding the South African wines, is available for a fee and is listed as “80th Flight of 4” on the menu. Also available are several food options, including various flatbread pizzas. 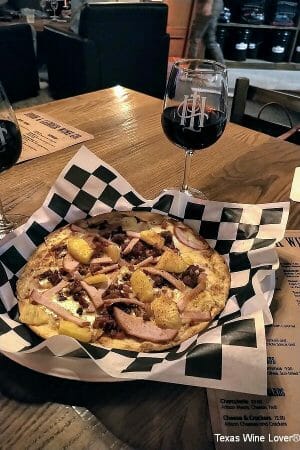 After much deliberation, we selected our eight wine samplings and opted for the Plug Ugly flatbread, which was bacon and roasted Brussels sprouts. For our samplings we selected: 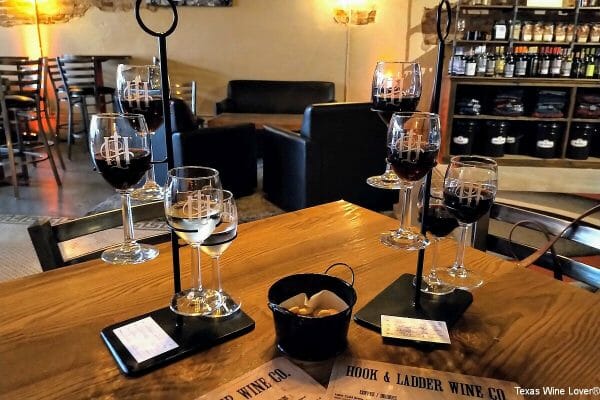 After our samplings, we decided on a glass of Deep Red and a Canadian bacon flatbread to finish out the night. We could have easily spent another couple of hours here as the atmosphere was relaxing, and the selection of food and wine was really good, but we had a 1 ½ hour drive ahead of us into unknown weather. We paid out, said our goodbyes to Bill and Lauri, then hit the road for Gainesville. 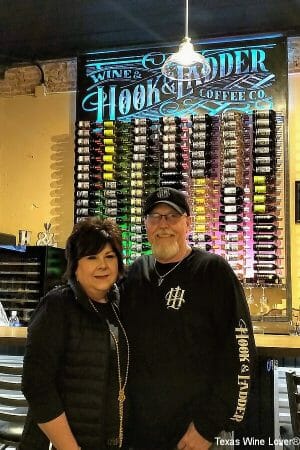 We will definitely be going back to Hook & Ladder Coffees and Wine Co. next time we are in the Wichita Falls area!