Week One, Day One 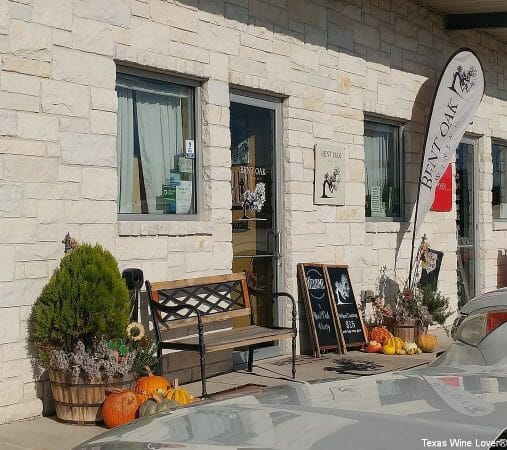 Bent Oak Winery, Cedar Park – Scented candles and seasonal décor by Audrey Catalano, wine by John Catalano, a raffle every 30 minutes by Debbie Bruce (I won a glass of Petit Verdot), Silent auction to win a California 2017 two bottle mystery set, bring an unwrapped toy to register to win a Texas 2017 two bottle mystery set, and there were Black Friday specials on wine gift sets and wine accessories. Events coming up include Sip and Shop with 20 artisans, and Cookie and Wine Pairings and Cookie Swap. Wines featured on the standard tasting menu were all Texas High Plains grapes, with the exception of Blanc du Bois from Palacios. Tastings we enjoyed: 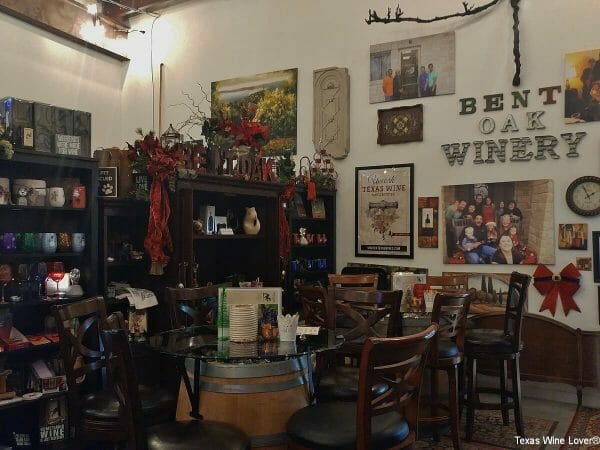 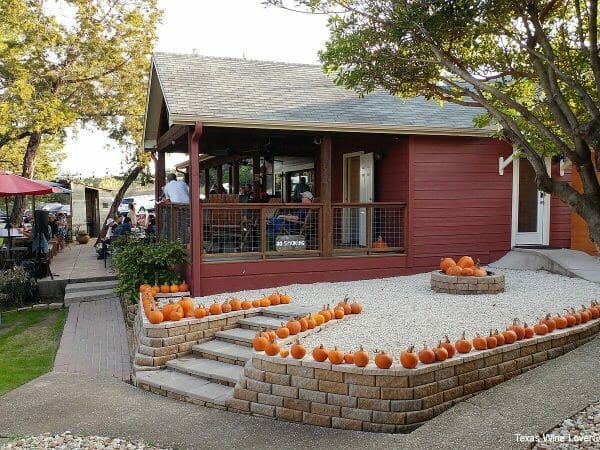 We enjoyed loaded waffle fries from Chef Mike Massaro’s food truck located just across from the tasting room and patio. We also visited their taproom located in a small house on the property and tasted Belgian Witbier, Bown Ale, Amber Ale, and Stout. 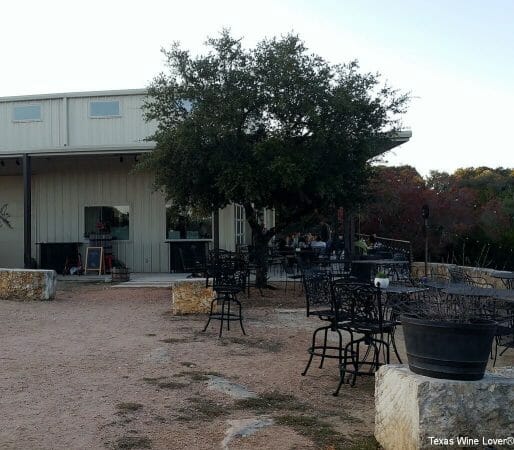 Hawk’s Shadow Winery, Dripping Springs – Personal one-on-one tasting by owner/winemaker Tom Reed in large and light-filled tasting room overlooking Texas Hill Country. Tastings were a variety of whites and reds based on Tom’s questions about what we preferred, so it was very tailored to us. Included were a 2014 Sonrisa – a white wine aged for 60 months in barrels, a 2015 Tempranillo, two 2014 Cabernet Sauvignons (one aged in French Oak, the other in American Oak), and a 2014 Estate TSM (Tempranillo, Syrah, Mourvèdre). Two of those wines were featured on the wine club list for their recent pickup party in November. 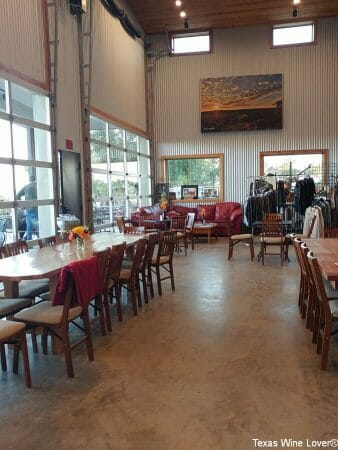 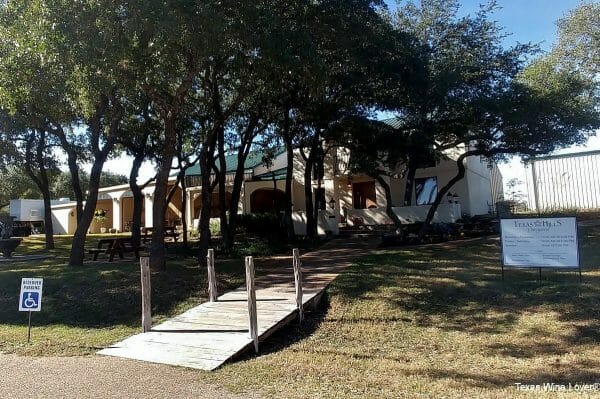 Texas Hills Vineyard, Johnson City – Tastings were conducted at an indoor tasting room/gift shop and you had your choice of the dry list, the port list, or the sweet list. All wines are from 100% Texas grapes, most grown on the 25 acres they have planted, and the vineyard being 23 years old. We were assisted by a very friendly wine steward who also gifted us a Texas Hills Vineyard Christmas ornament. We chose dry wines (from a list that changes each week) and sampled:

All of the tasting notes on the menu were spot on! There were shelves of gifts and tasty treats, a friendly Lab, and to go along with great wines, friendly folks, and a beautiful location. 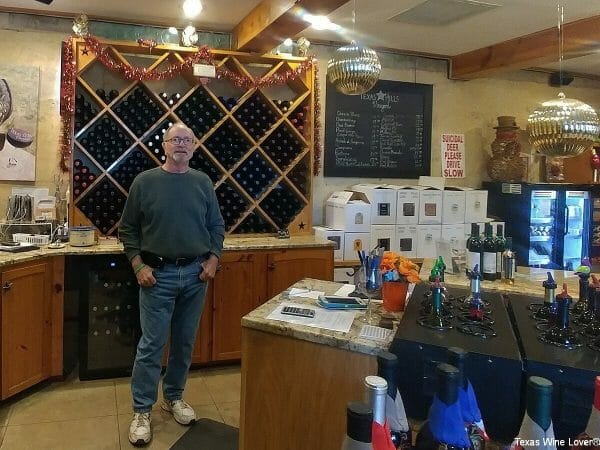 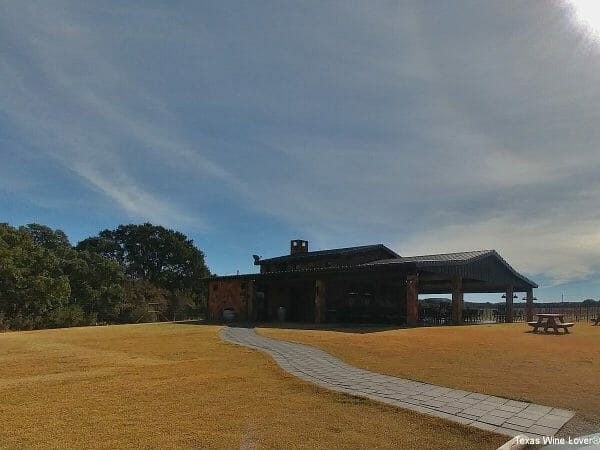 Ron Yates, Hye – According to our steward, this location, on 290, was chosen when Ron realized they had outgrown their space at Spicewood Vineyards. We chose two whites and two reds from the menu:

We also had a small taste of a Washington State Pinot Noir which was not listed on the tasting menu. 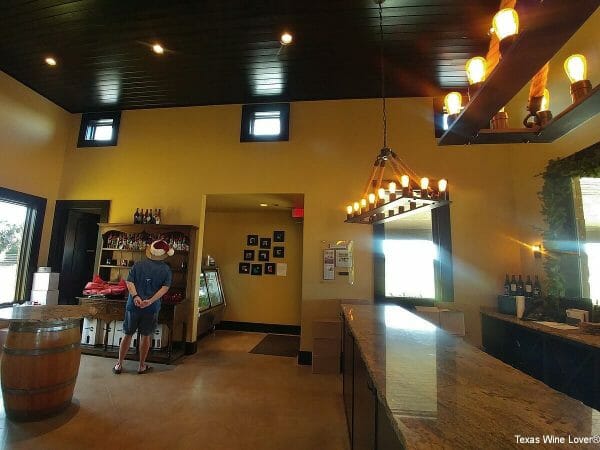 There was also a case special on the Chenin Blanc at $100. Our steward was mostly engaged in cleaning glitter from the wine bar, but he was very friendly and seemed knowledgeable, having worked there five years. There was a friendly dog who liked to lick the backs of our legs, and I was only slightly disappointed not to have tasted wines made from estate grapes, because all the ones we had were quite nice. We left with a case of Albariño and a bottle of the Sangiovese. 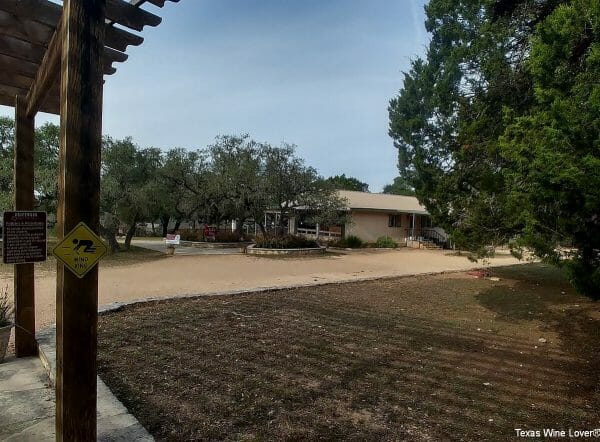 Driftwood Estate Winery, Driftwood – An enthusiastic wine steward greeted us and set us up at the tasting bar where we each got to pick six wines from a list of 17. We are former wine club members, and happily chose: 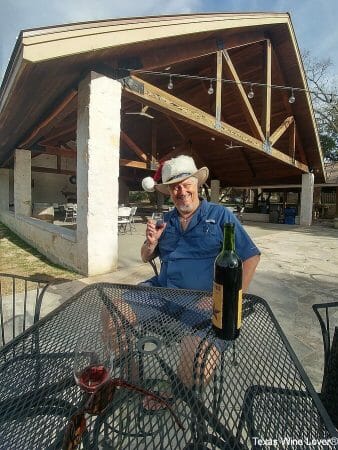 There were no tasting notes provided by our steward (or on the menus) but she did encourage us to really think about our palates and preferences. We purchased the Lone Star Cab (estate vs. Newsom Vineyards) and sat out on their stone patio enjoying the weather and beautiful views. There were gifts and snacks to purchase and no pressure to either purchase or rejoin the wine club which we appreciated. The big change at Driftwood is that you can no longer bring picnic baskets on the weekends since they now have a bistro. 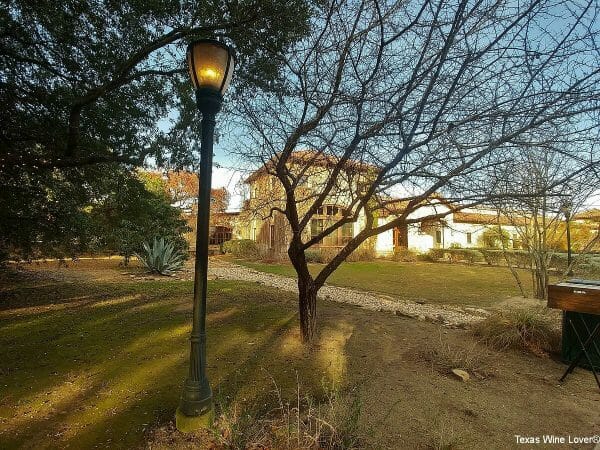 Duchman Family Winery, Driftwood – Though the venue seems expansive, the service was personal and friendly, and our wine steward seemed knowledgeable. We were directed to pick six wines from the tasting menu, and we chose all reds:

The menu board listed fondue which was not available that day since the chef was not there. No matter, we enjoyed our snacks and a bottle of Dolcetto outside on a picnic table with the weather being amazing. As with a couple of the other wineries, the staff seemed a little distracted by multi-tasking – trying to get holiday décor up in between tastings, but that gave us time to enjoy the generous free pours. 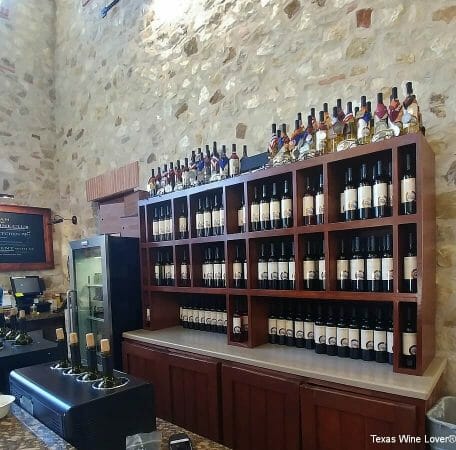