*This was our last weekend to do the trail (and our first time to do a wine trail) and though we didn’t get to try as many wineries as we would have liked, we still found some new-to-us places that we enjoyed and will likely revisit! 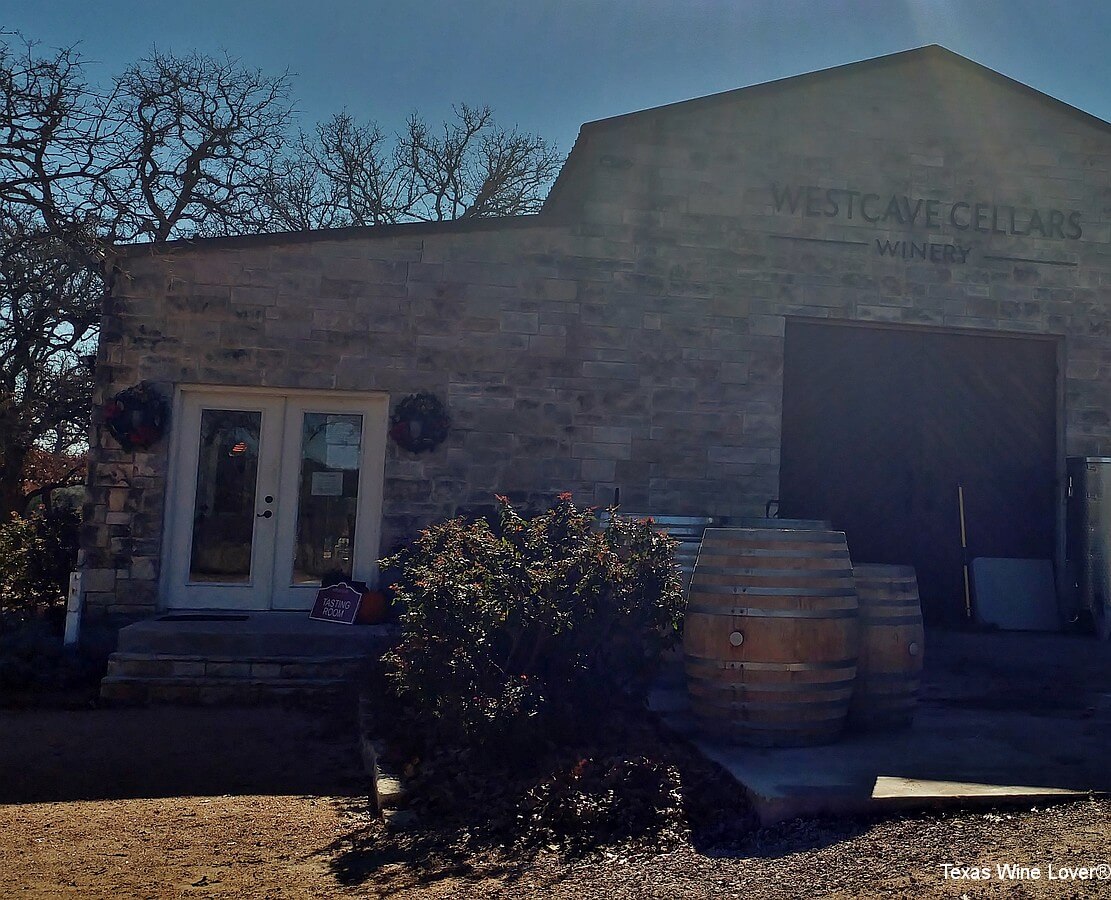 Westcave Cellars, Round Mountain – Greeted with hugs by Margaret Fetty, co-owner, we cozied up to the tasting room bar and between the two of us enjoyed six reds from the Premium tasting menu:

From the Classic tasting menu, we had:

Wines on tap included a 2017 High Cross Viognier and the High Plains Cabernet Sauvignon, along with their new venture – 100% Texas ale. They had a Mix and Match Special of Cab Franc and Malbec – six bottles for 30% off. Live music is most Sundays and Westcave Cellars is pet, kid, and picnic friendly with a large oak-shaded backyard overlooking nine acres of grapes. Just a lovely place to spend an afternoon with super friendly folks and a great place to start our weekend trail! 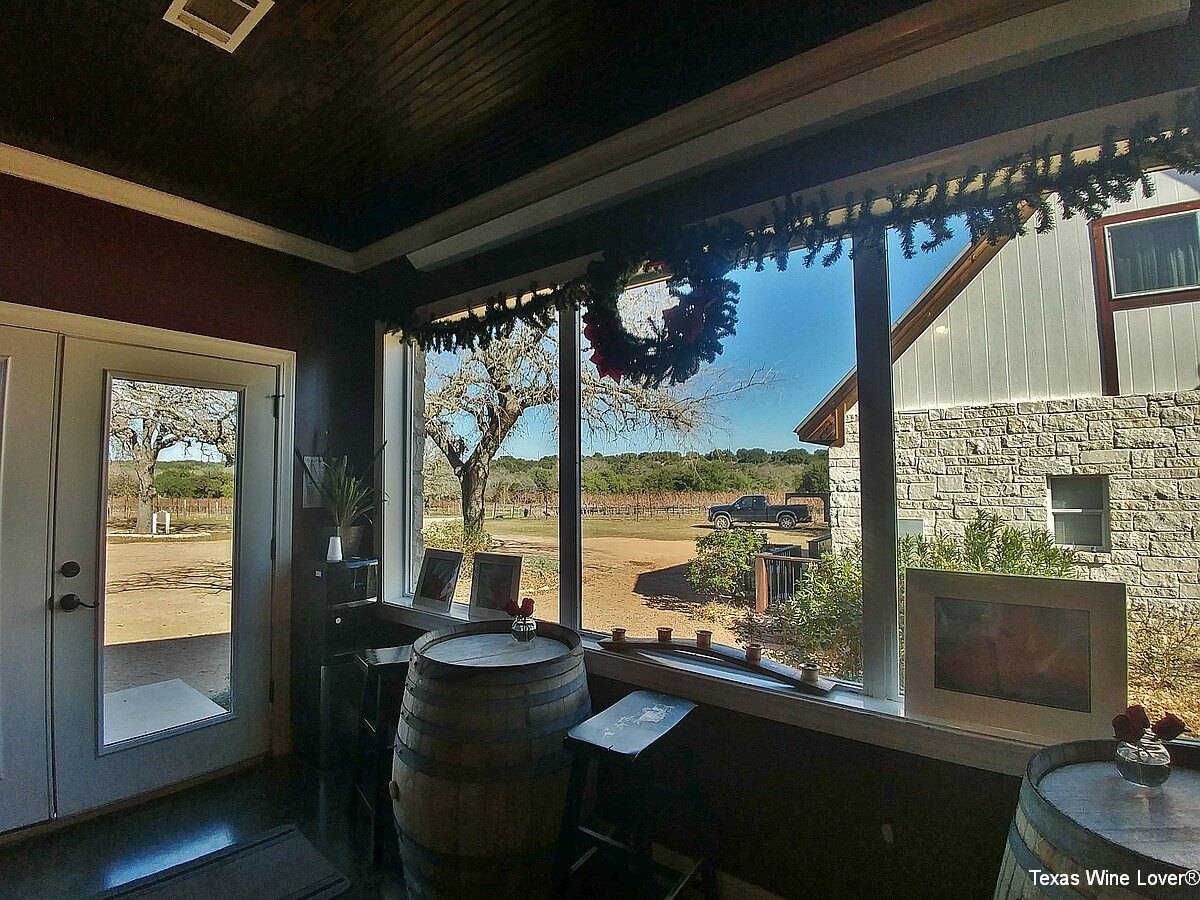 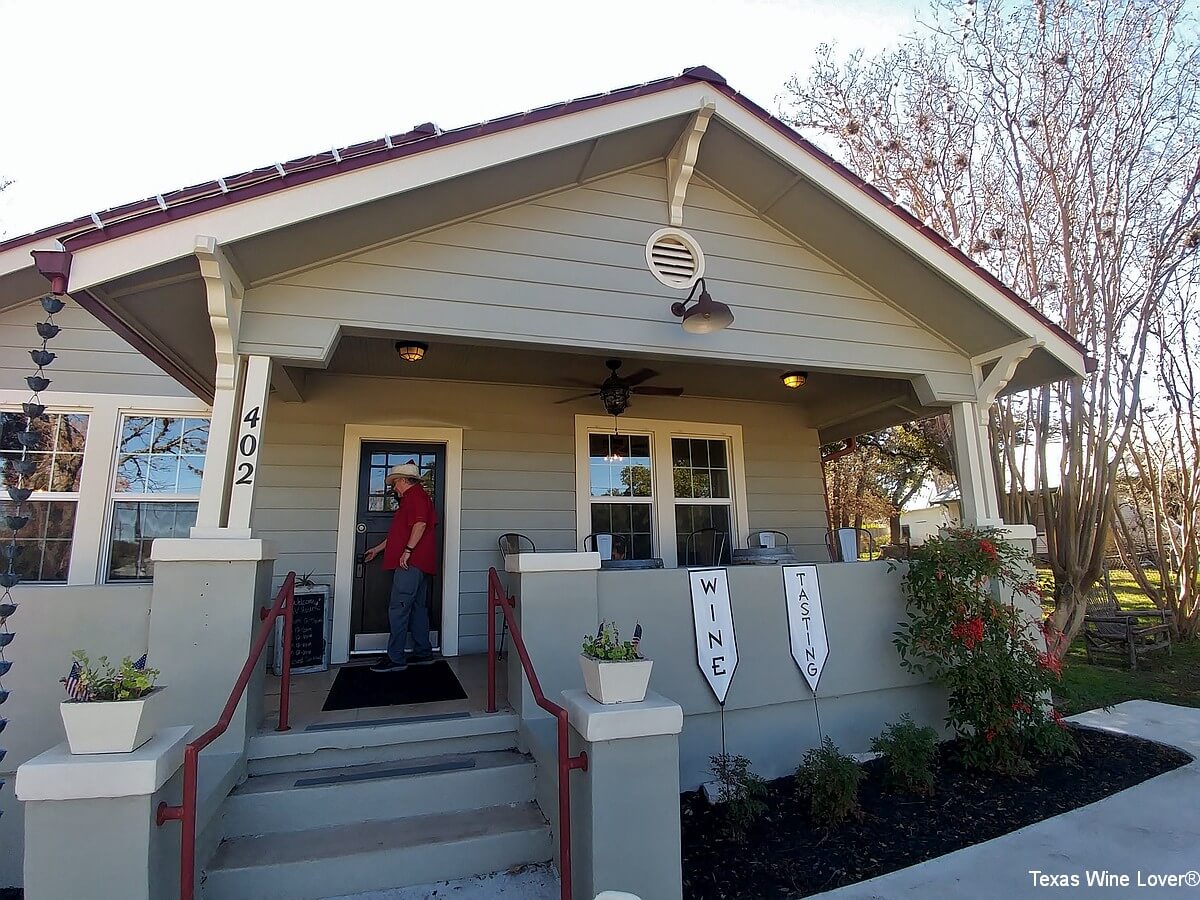 We milled around the marketplace in their cute little tasting house before tasting:

The tasting steward seemed distracted and did not have a lot of information about the wines, and they were out of five of the nine wines listed on the printed tasting menu. A nice touch was the gift of “Texas Mistletoe” – a sprig of dried cotton blossom. The shop sells vintage-y items, cheesy popcorn and spicy crackers were served with our tasting, and there was cozy indoor seating. We didn’t visit the Tipsy Trailer – maybe next time? 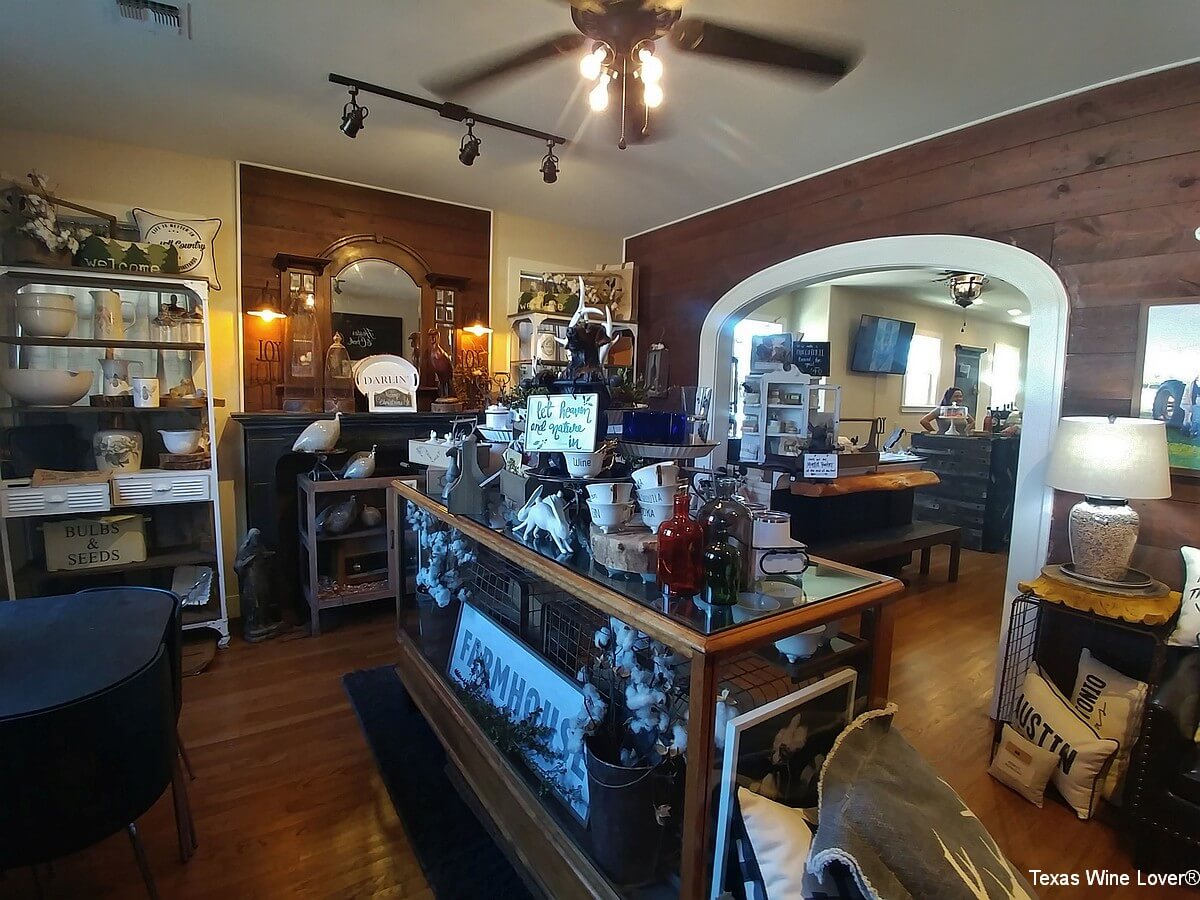 Hye Meadow Winery, Hye – You are greeted at the door and welcomed into a light-filled tasting room with large glass windows overlooking a shady deck and expansive oak-filled yard. 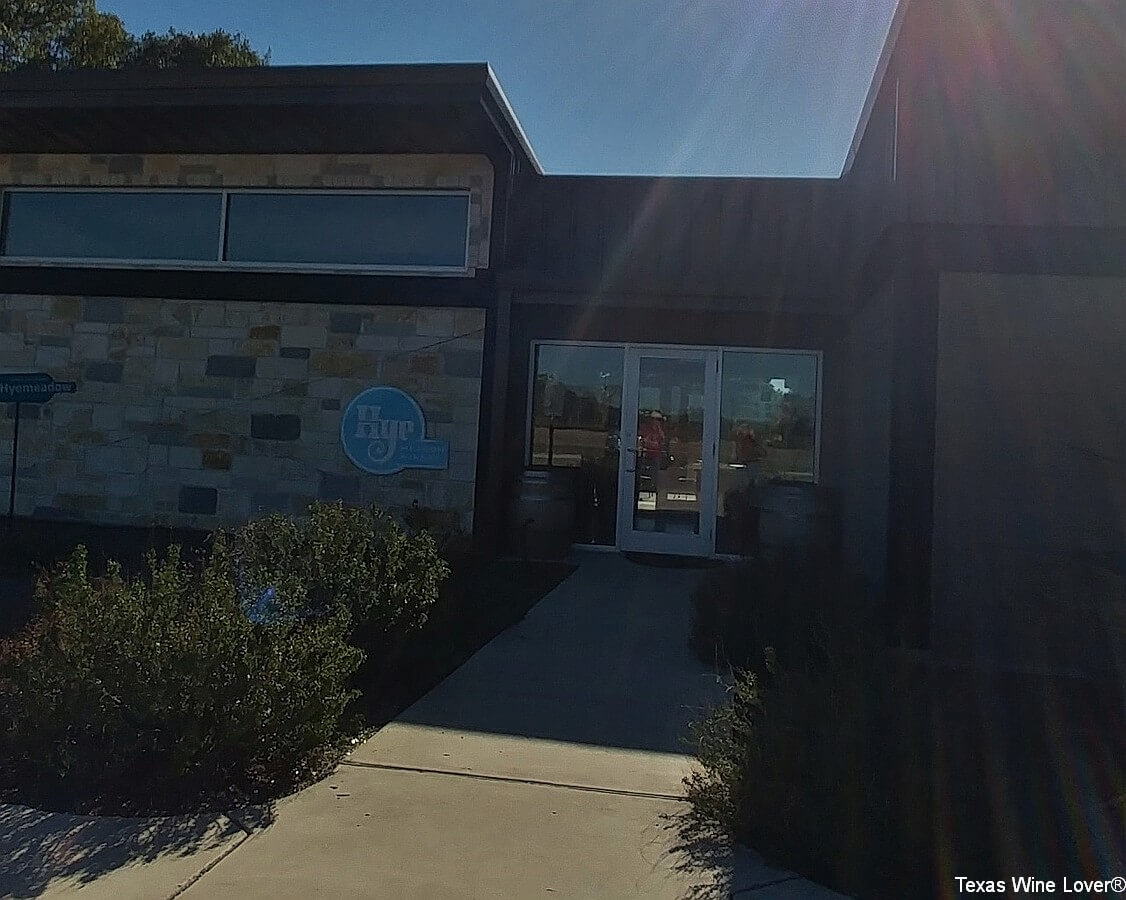 Our wine steward was friendly and informative and didn’t push the wine club or a purchase at all, which we greatly appreciated as we had a couple of other places to try before day’s end. There is an expanded tasting menu which offers dry rosé, off dry, and special wines – five tastes, which is complimentary if you purchase three bottles. Hye Meadow serves two sizes of cheese plates and are kid and dog friendly. This winery is on our short list of places to revisit! 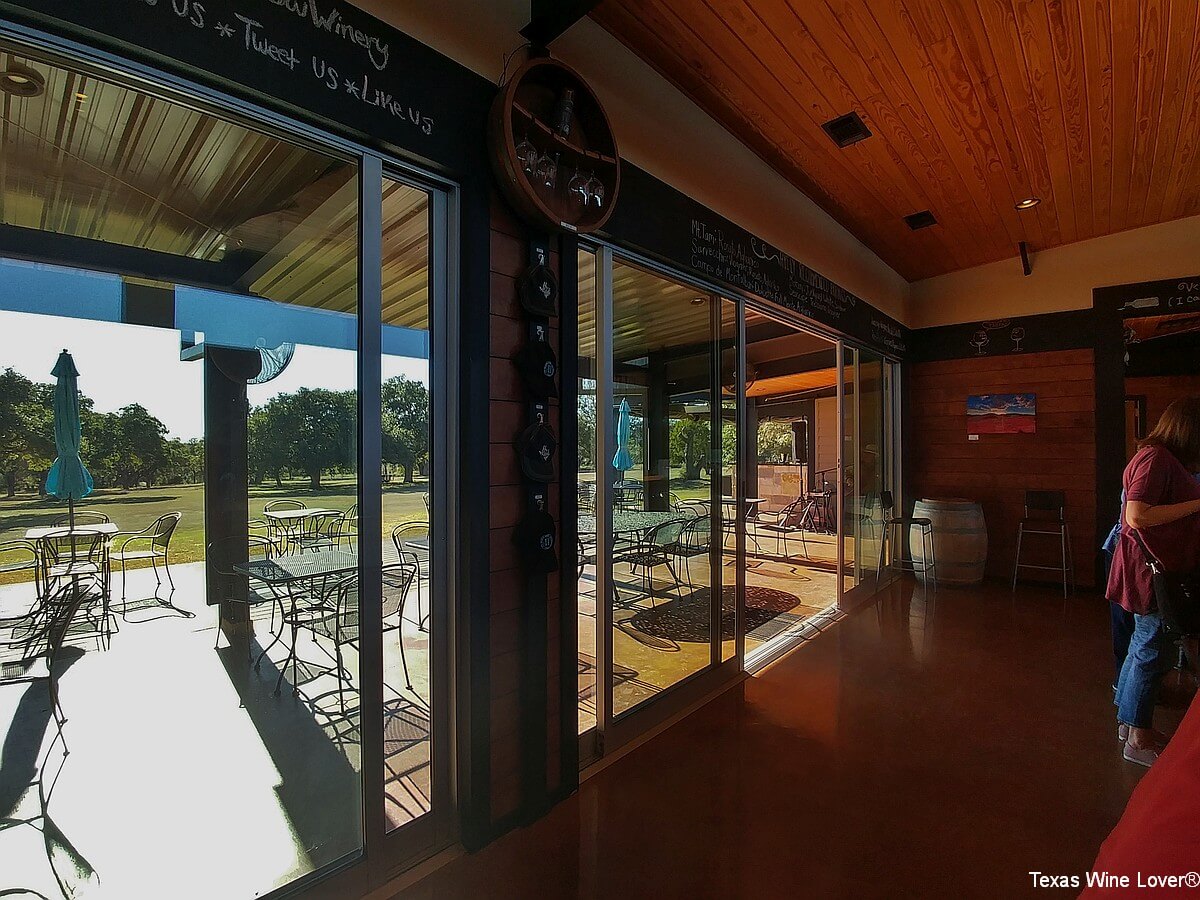 4.0 Cellars, Fredericksburg – We were greeted at the door to the tasting building and assigned a wine steward at a large central bar who gives you a choice of the Cellar Select, Light and Sweet, or All Red tasting menu. 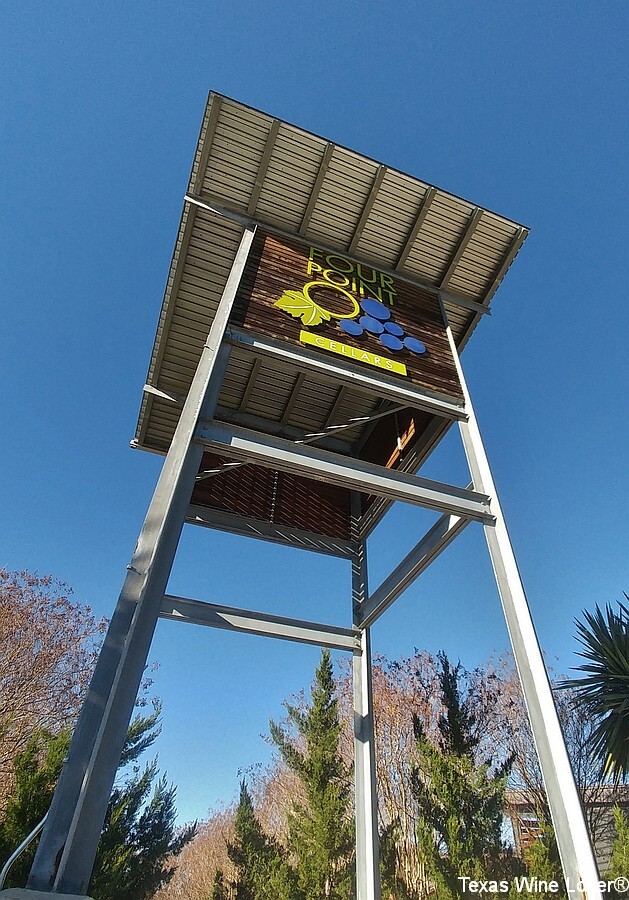 Since the winery is a collaborative effort between three wineries, the menus change often. We both opted for All Red:

All of the wines were fabulous, but our steward wasn’t super friendly and most of the info he presented us seemed scripted. We overheard him pushing the wine club fairly hard, so when we completed our tasting, we declined the club but brought the info card home – it’s fairly standard with 3, 6, or 12 bottle choices five times a year, varying discounts and complimentary tastings, and many ticketed club events during the year that are closed to the public. This is a seriously busy place – not for the laid-back vibe seeking casual wine drinkers that we are. 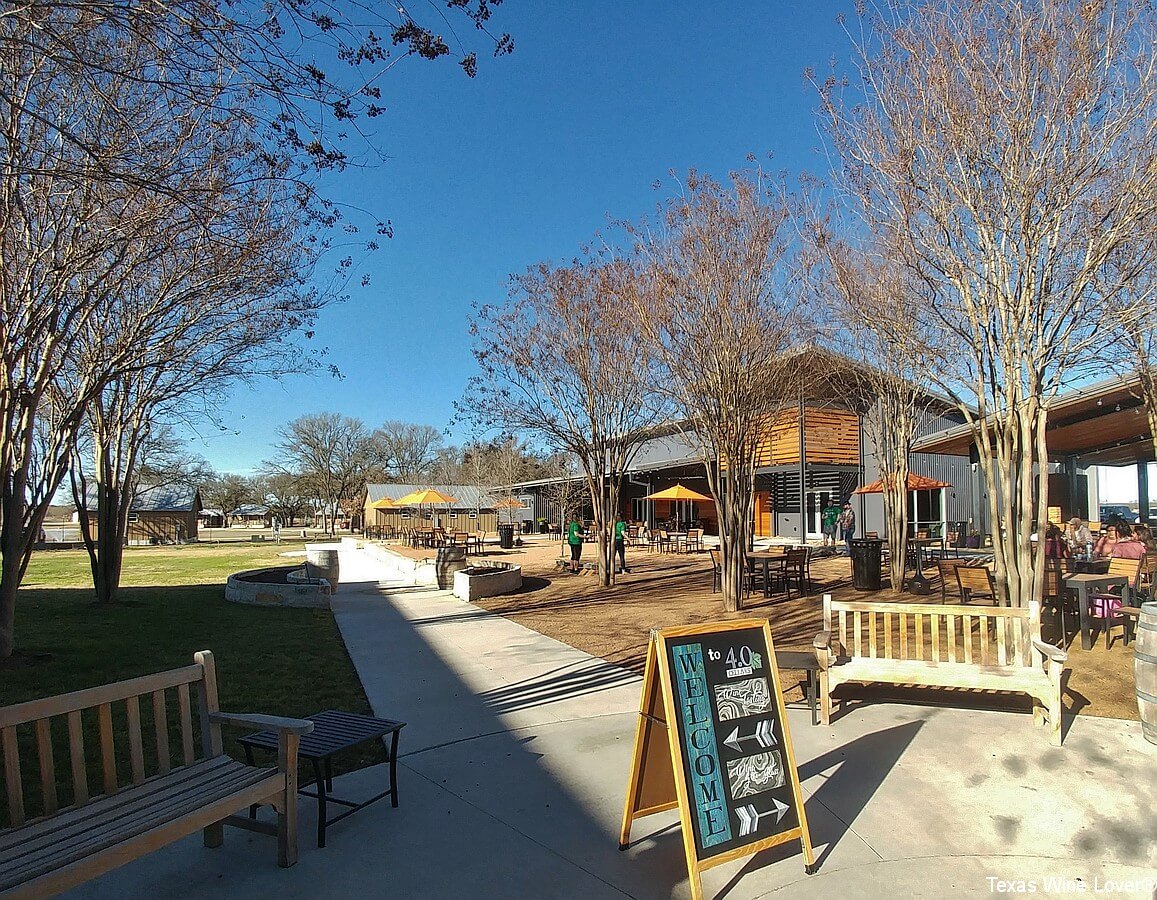 Longhorn Cellars, Fredericksburg – We were greeted by Nicole (wine club coordinator) and her friendly dog, Sterling. 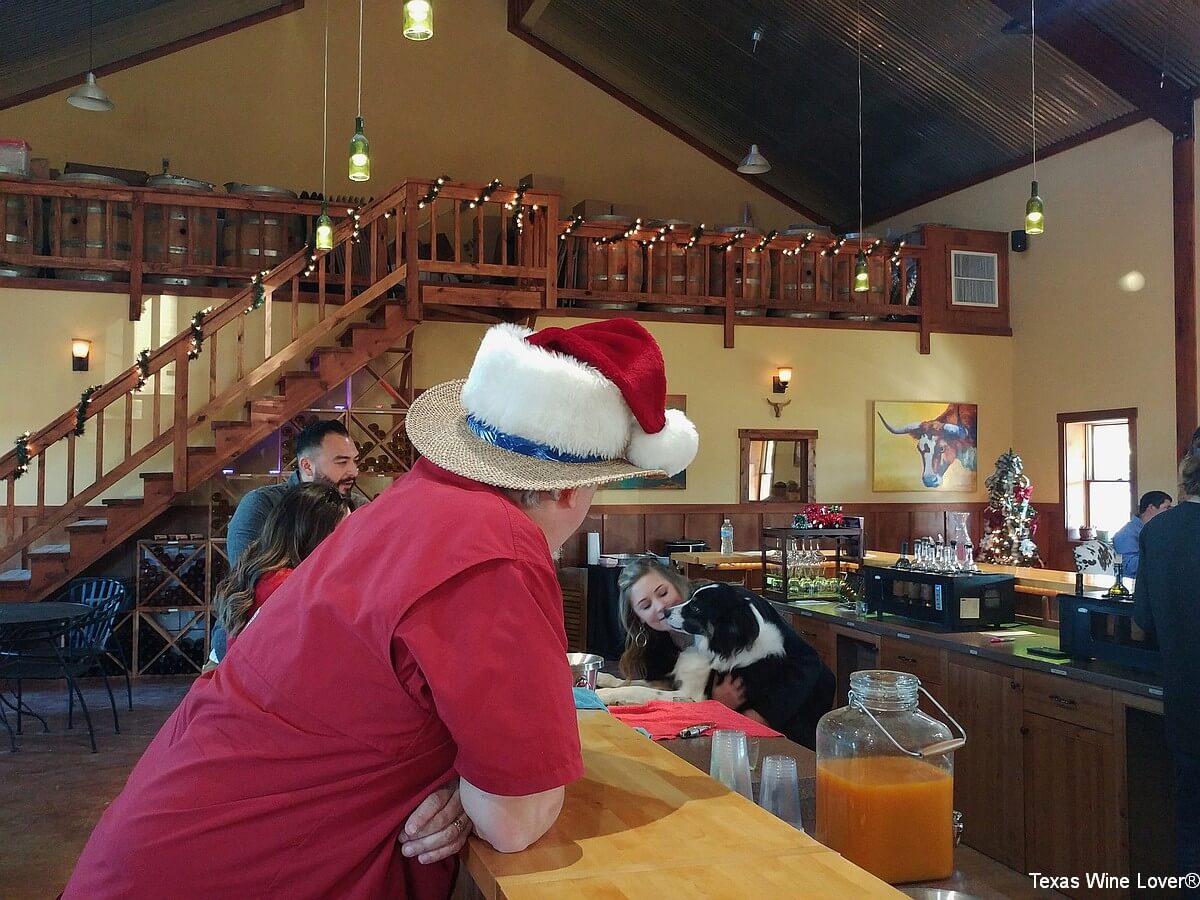 Another wine steward gave us an abbreviated wine tasting menu for trail-goers which included:

A Sangria made with 2015 Cow Belle (Pinot Grigio/Muscat blend) was also being served. Our wine steward was mostly non-informative, answering questions when pressed, and not too friendly. (However, she did point out a co-owner in the room.) There was no mention of wine club (fairly standard according to the pamphlet I picked up) and she did not suggest we purchase wine or sangria and visit a while. Part of the fun of getting to know these new-to-us places is meeting the owner or winemaker so that was disappointing, and we left feeling like we probably would not return. 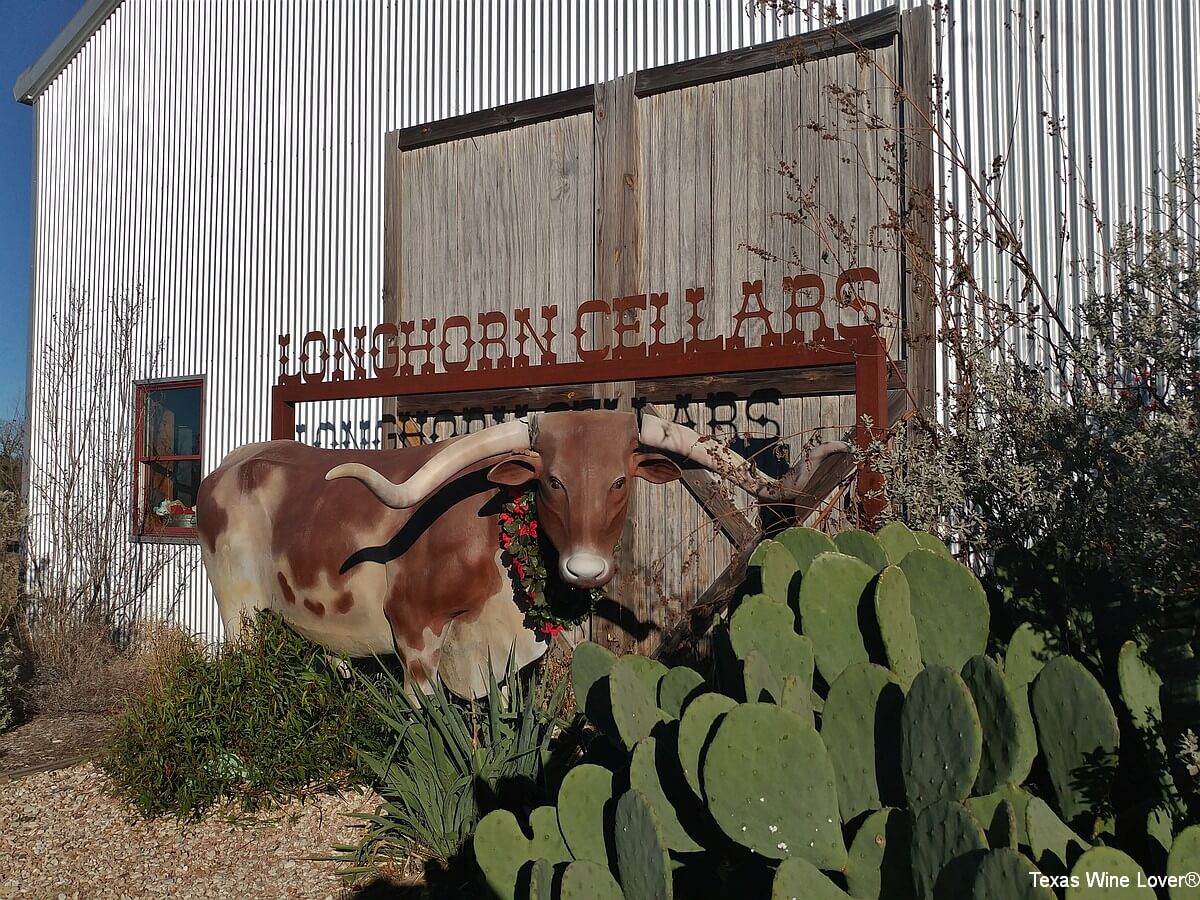