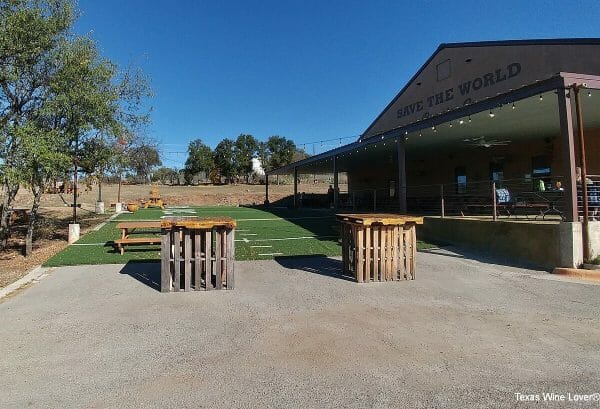 Saving the world is the goal of Quynh and Dave Rathcamp of Save the World Brewery (STW) in Marble Falls. A philanthropic craft brewery of Belgian style beers, STW gives 100% profits back to several local charities including Food for The Hungry, Meals on Wheels, and Highland Lakes Habitat for Humanity. Former physicians, Quynh and Dave chose Marble Falls, not only for the warmth and friendliness of the people who live there, but also for the natural quality of the water which is nearly identical to that of Belgium. Having no debts to pay or investors to appease, they can concentrate on doing what they love: crafting beautifully styled beer and giving to charities that provide for basic human needs. 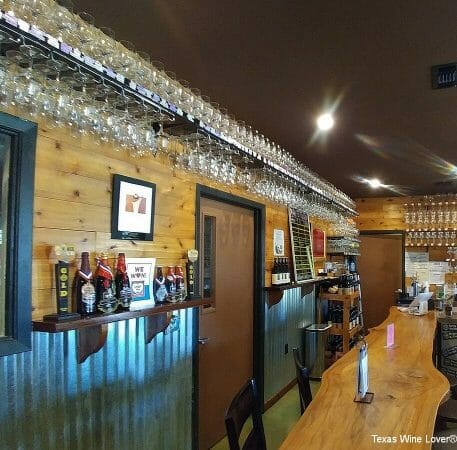 On a recent Saturday, we were pleased to enjoy their Sol Vinum – an award winning Golden Strong Ale which this year was aged on Syrah grapes from Perissos Vineyard. Light honey, apple, and pear notes are balanced with Syrah grape flavor and aroma in this 9.3% ale. Other Celebration beers (meant to be enjoyed with friends!) include: 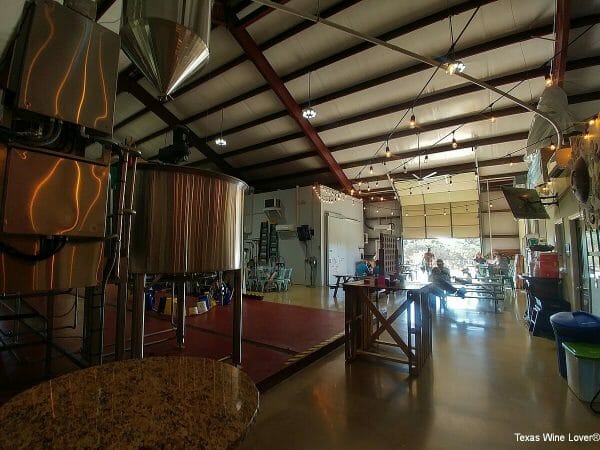 Tastings are a single taster or “make your own flight” of 4, 5, or 6 five ounce pours, which you can enjoy in either the main tasting room, on the covered outside patio, or in the air-conditioned tank room. A glass purchase of beer includes a glass for you to keep – bring it back with you to pay the refill price only. You can also join the True Beerlievers club, which will include a tee shirt, your numbered glass stored at the tasting room, a members only walk-up window, 15% discount on beer purchases, and several free pours (new release beers, your birthday, and the original beer club sign up). Outside food is welcome or you can enjoy meats from Hudson Meat Market, specialty pecans, pretzels, and gourmet cheeses from all over the world, carefully chosen by the brewery to complement their beers. Free hot popcorn is available in the tank room. Occasionally, there are guest food trailers in front of the brewery. Non-beer drinking visitors to the tasting room can enjoy: 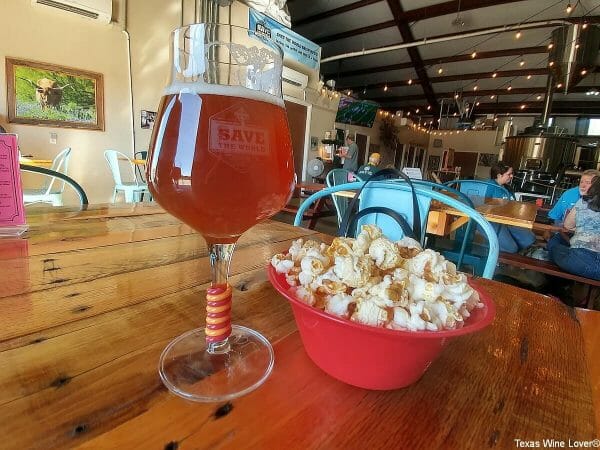 STW “Beeristas” also offer shandies or specialty beer cocktails made with a combo of beer and select juices, sparkling San Pellegino or Prosecco with either a new glass purchase or refill. Brewmaster Dave experiments with different ingredients to make very limited production firkins with the first Firkin Friday of the season coming up on Black Friday 3 – 7 p.m. with Double Milk Stout aged on toasted pecans and coconut. Thursday are game nights at the brewery which opens at 4 p.m. Other events include various food fundraisers (grab a pizza, offer a donation), a Dubble Chili cookoff on December 7th, and Yoga Saturdays – check the website for specific dates and times. Brewery tours are conducted on Fridays by appointment and on Saturdays at 4 p.m. STW is kid and dog friendly! 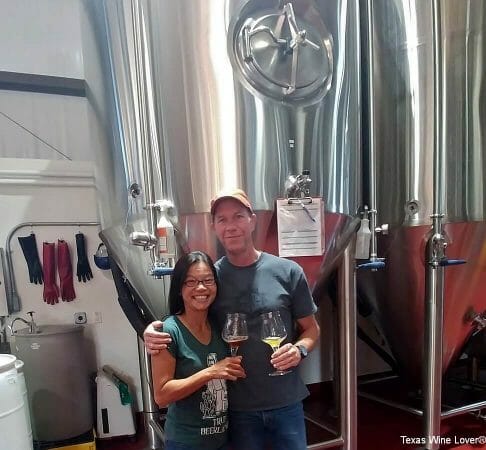 Save The World is a must see in the Marble Falls area. Visit them soon to enjoy their Belgian-style beers and find out how they are saving the world – one beer at a time.