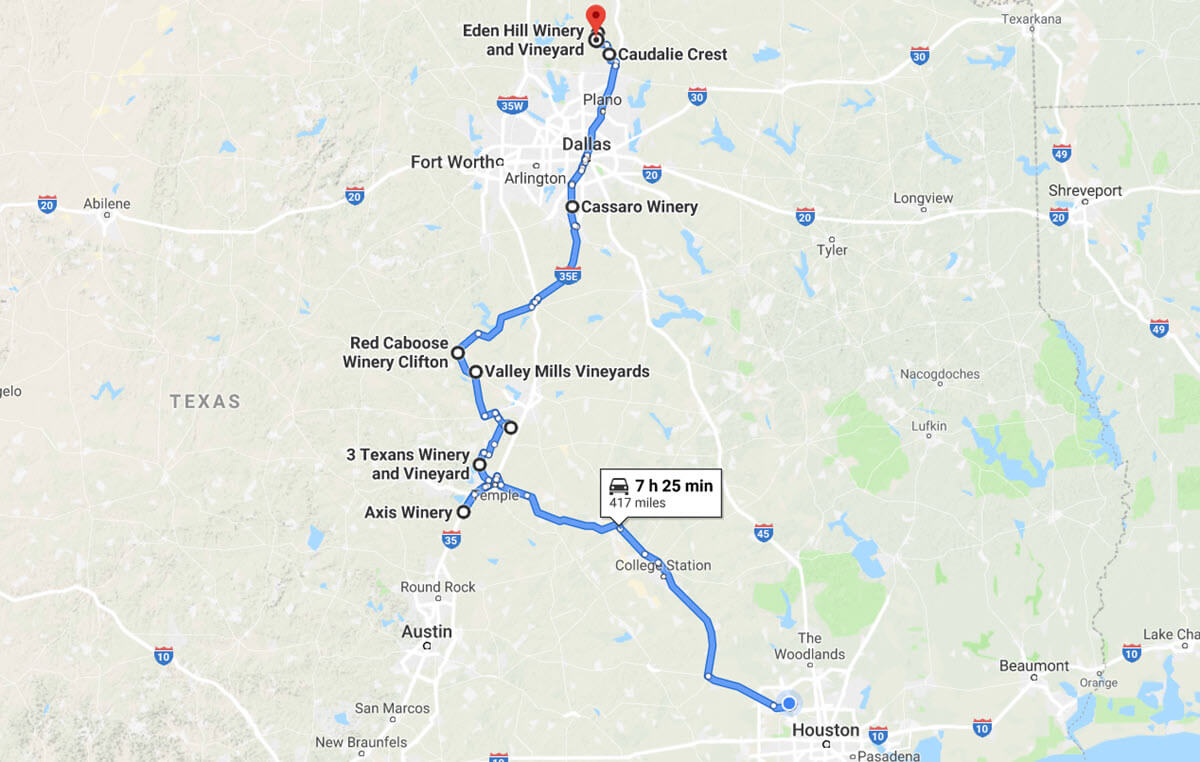 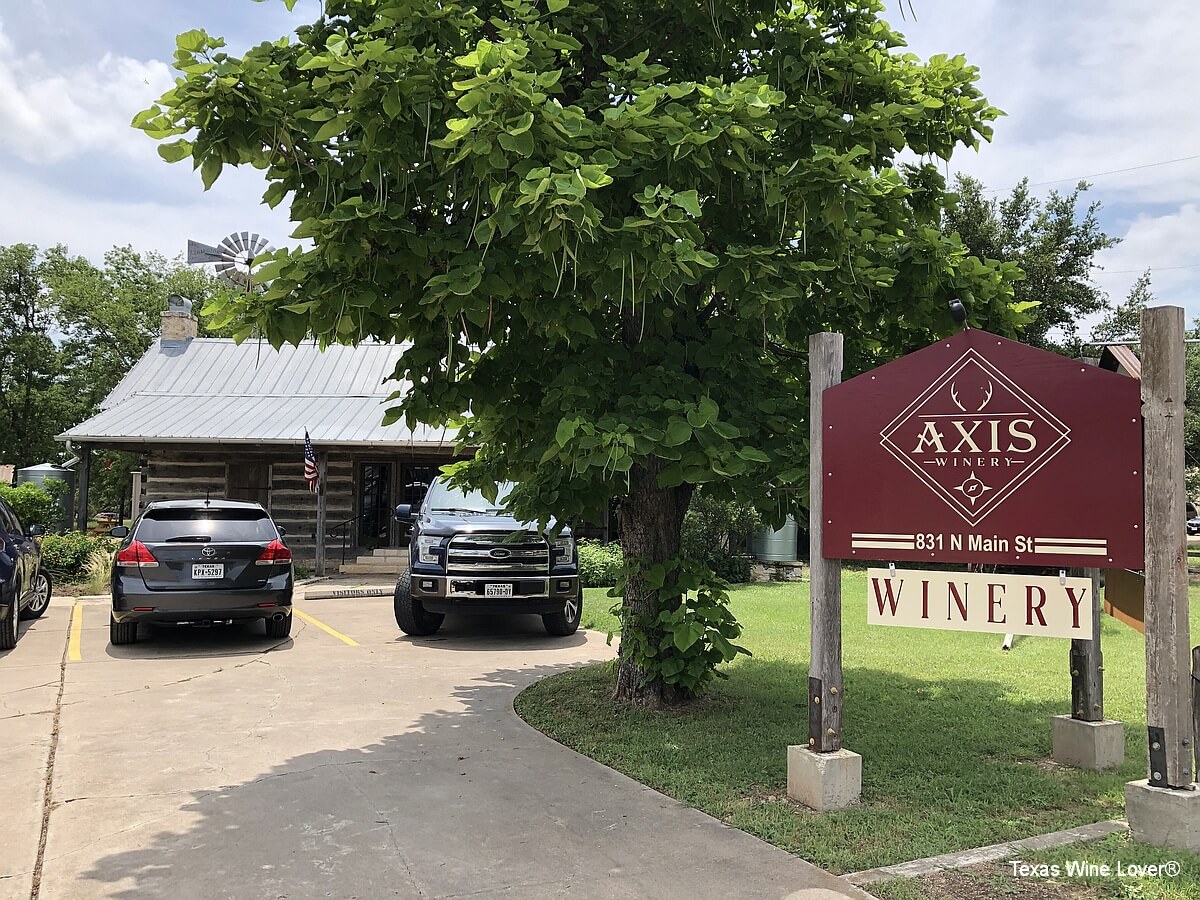 I left Saturday morning and headed toward Salado, Texas. My first visit was at the new winery Axis Winery. This was the first of many new wineries that opened this year to join the Stagecoach Wine Trail. I arrived soon after they opened and was a little surprised there were people already there enjoying their Saturday. I did a tasting with co-owner Steve Springer and was hoping to meet his wife Kim who would be arriving soon, but I had to continue my trip before she arrived.

I didn’t have to travel far to my next winery because literally right next door is Salado Winery Co. I always make plans to visit co-owner/winemaker June Ritterbusch when I am in town and it was nice seeing her husband Sheldon Vickers again. There is usually a group of wine lovers in front of their tasting bar and that day was no exception. Sheldon told me June was in their vineyard, but she soon arrived at the winery after finishing her morning work. After a quick hello, it was time to visit the next new winery. 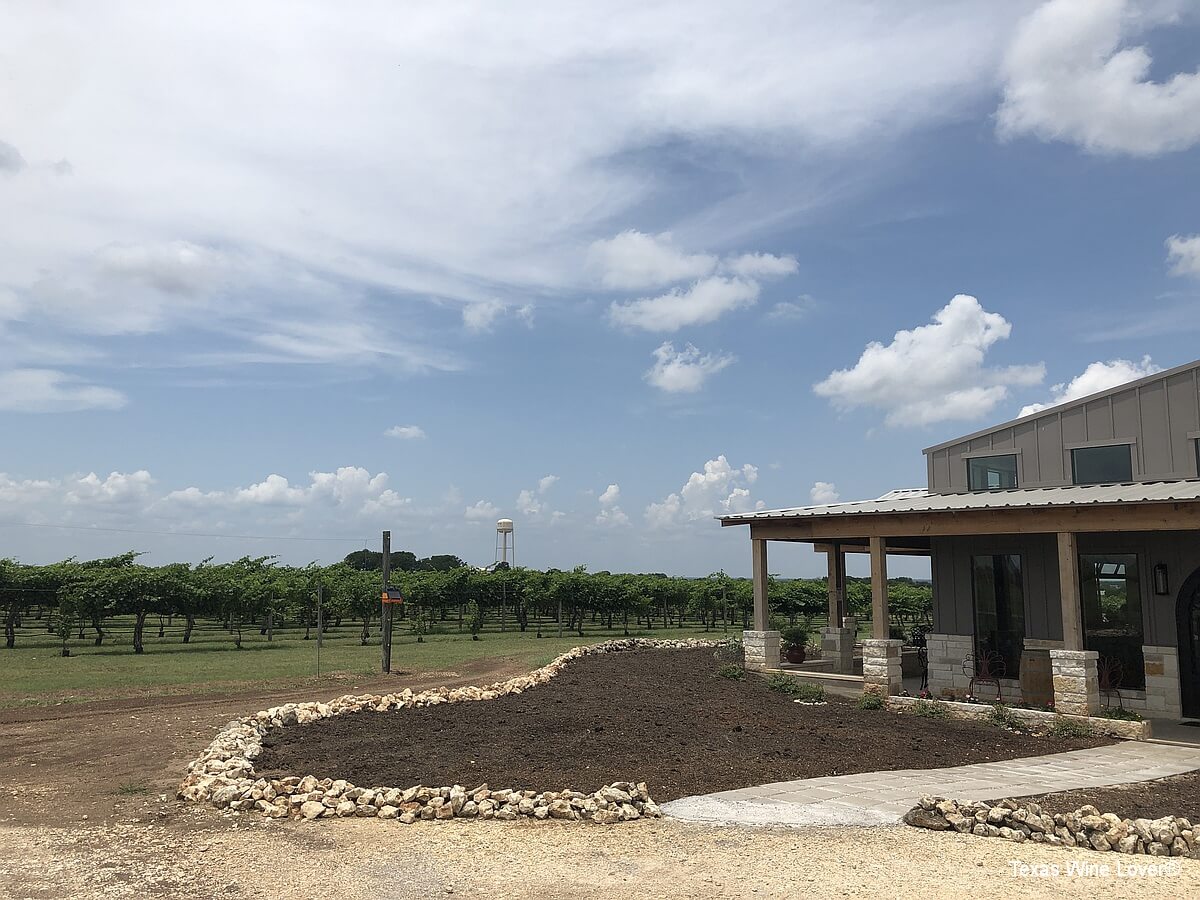 That next winery was 3 Texans Winery. Coincidentally, or maybe not, June Ritterbusch is the winemaker for 3 Texans Winery. Upon arrival at the winery, 3 Texans Vineyard is right next to the winery making a beautiful setting for enjoying a glass of wine on their patio. I was hoping to meet owner Kim Langston and was told that this was one of the unusual days that she wasn’t in at the moment. Next time! Since the winery is new, all the wines offered are not theirs, but when selecting my choice of wines for a tasting, I made sure I selected the estate wines which were very good. In fact, I keep looking at their Tempranillo in our wine cooler to open, but I want to wait and share it with others.

That made two new wineries on the Stagecoach Wine Trail and I was now heading to my third, Country Spring Vineyard and Wine Garden. I am always amazed at the number of new roads I have traveled in Texas and I found another before I arrived at the winery. The winery’s vineyard was facing the front of the winery making the second winery in a row with an adjacent vineyard. Since Country Spring Vineyard and Wine Garden is also a new winery, they are still completing construction and improvements at the winery. A rear patio with fire pit and waterfall was being built and I am sure that will make for a nice time sitting at the winery and sipping on some Texas wine. Even though co-owner/winemaker Mary Timmons was busy in the back of the winery, she made some time to come and visit a little with me. I will have to make a point to revisit in the future.

The next winery was an established winery, but they recently built a new winery next to their vineyard. Valley Mills Vineyards had grown out of their previous winery location and has now built a beautiful large winery. This will give them many more years of creating their excellent Texas wine including wine from their vineyard. I was able to take a tour of the winery and if you get the chance, you should visit, sit on their patio facing the vineyard, and enjoy the wine. 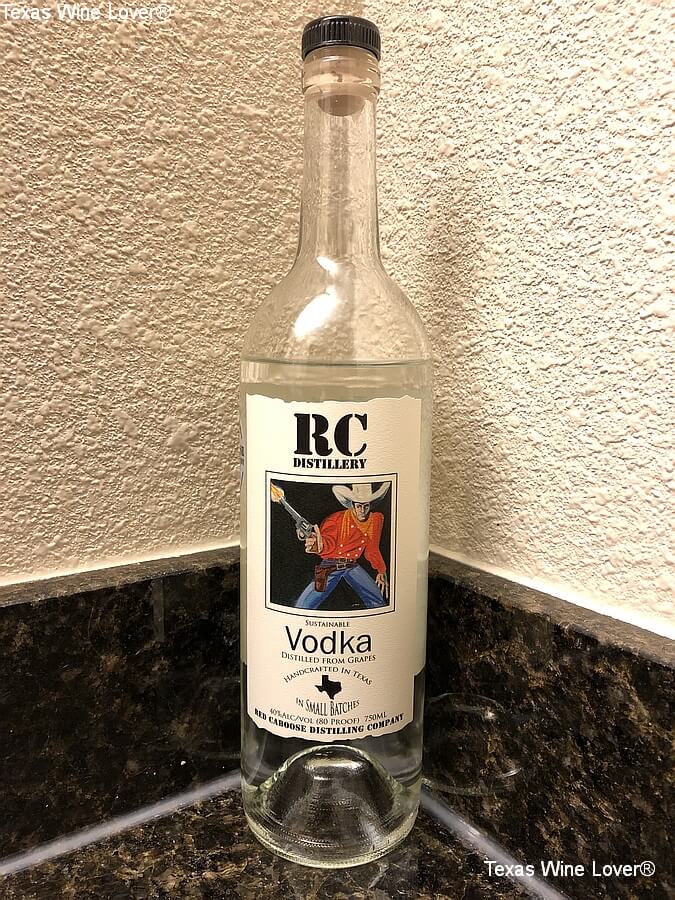 I then deviated from my planned route. Yes, it does happen. I realized since I was in the town of Valley Mills, that I was close to Clifton, home of the second tasting room for Red Caboose Winery. I remembered when we met owner Gary McKibben again at the 2019 Rodeo Uncorked! Roundup and Best Bites Competition, he told us about their new Red Caboose Distillery next to the tasting room in Clifton. Thanks to my memory, I was soon in Clifton! I found the distillery next to the winery’s tasting room, and learned they make vodka, gin, and brandy right there on the premises. Jennifer Davis is the distiller and I did a tasting of their three spirits. All their spirits are made from Red Caboose wines that do not meet their high Texas wine quality standards. Their vodka is made from Tempranillo and is distilled twice which is different than other distilleries. The gin is a little different too in that it doesn’t use as much juniper as other gins. Overall, it was a wise choice to make a deviation and some vodka came home with me. 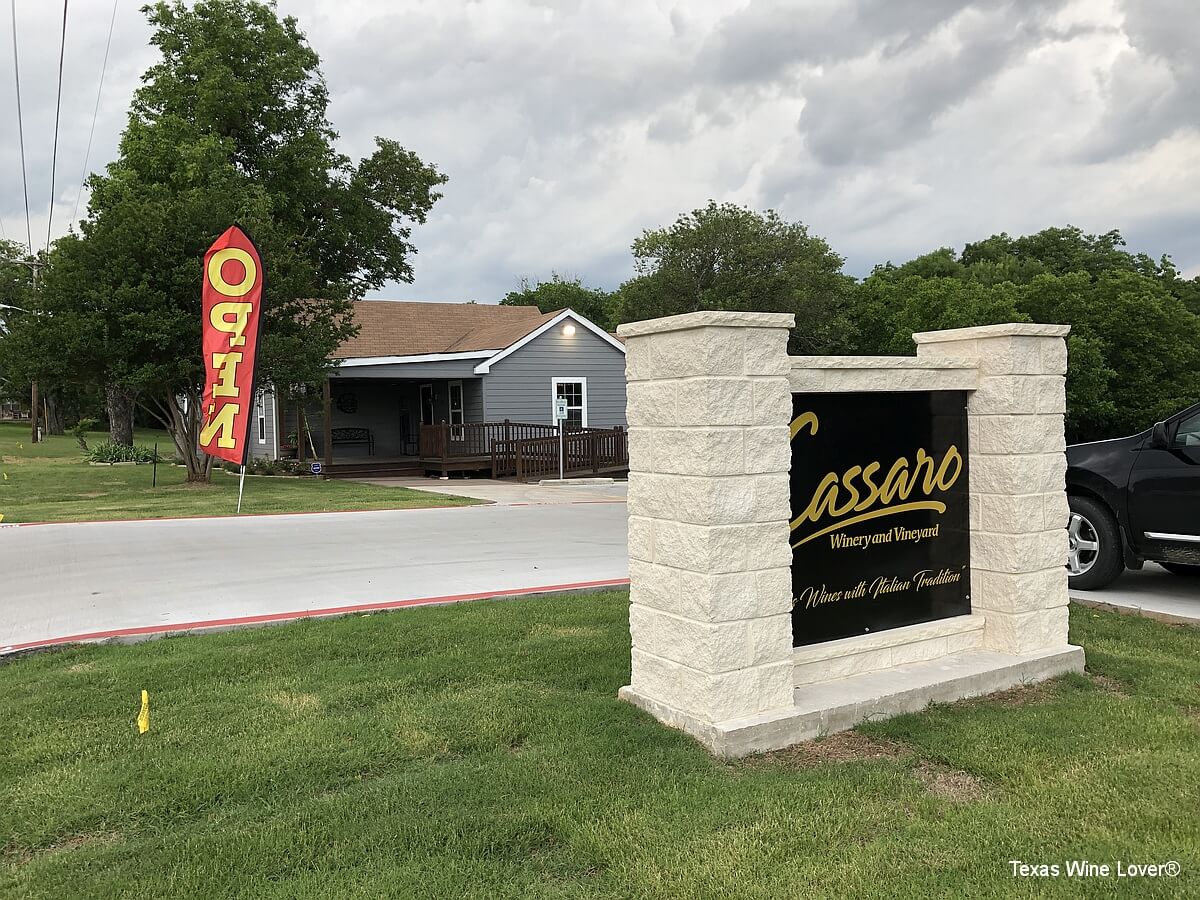 The last winery I was to visit was further away in Ovilla, south of Dallas. I was looking forward to visiting Cassaro Winery since co-owner John Matthews had emailed me earlier this year letting me know about the winery. John and his wife Jill were expecting me that day, so it was nice meeting them for the first time, but certainly not the last time. Clouds were starting to darken the skies and while I was in the winery, it started pouring. The decision was easy that I just had to stay longer and drink more wine! I enjoyed a light dinner while having a nice conversation with John and Jill. Their vineyard is two miles away and I loved tasting their wines made from the estate vineyard. It was great hearing about the winery’s success in such a short time as it does show that Texas has many wine lovers and we do love our Texas wineries.

The evening was soon coming to an end and I needed to find my nearby hotel so I could rest up for my next day on the road.

Sunday arrived and as expected, most wineries do not open until noon. While I was browsing social media, I discovered that Landon Winery had just opened their fourth tasting room called Landon Winery at The Sound. Looking at the map, that was not too far away from my hotel and was along my planned route. Since they had recently opened, I could not find the hours they were open, and after an unsuccessful email and phone call, I decided to take the chance and drive to the tasting room. This was another unplanned stop. If anybody knows me well, they would be surprised with that.

Landon Winery at The Sound is in a new complex which was very heavily under construction when I visited. I could tell though that the area is going to be a very nice place to enjoy restaurants, music, the lake, and of course a great winery right there. Since I have been to all other Landon Winery locations, I decided to enjoy a glass of their excellent wine instead of doing a tasting. 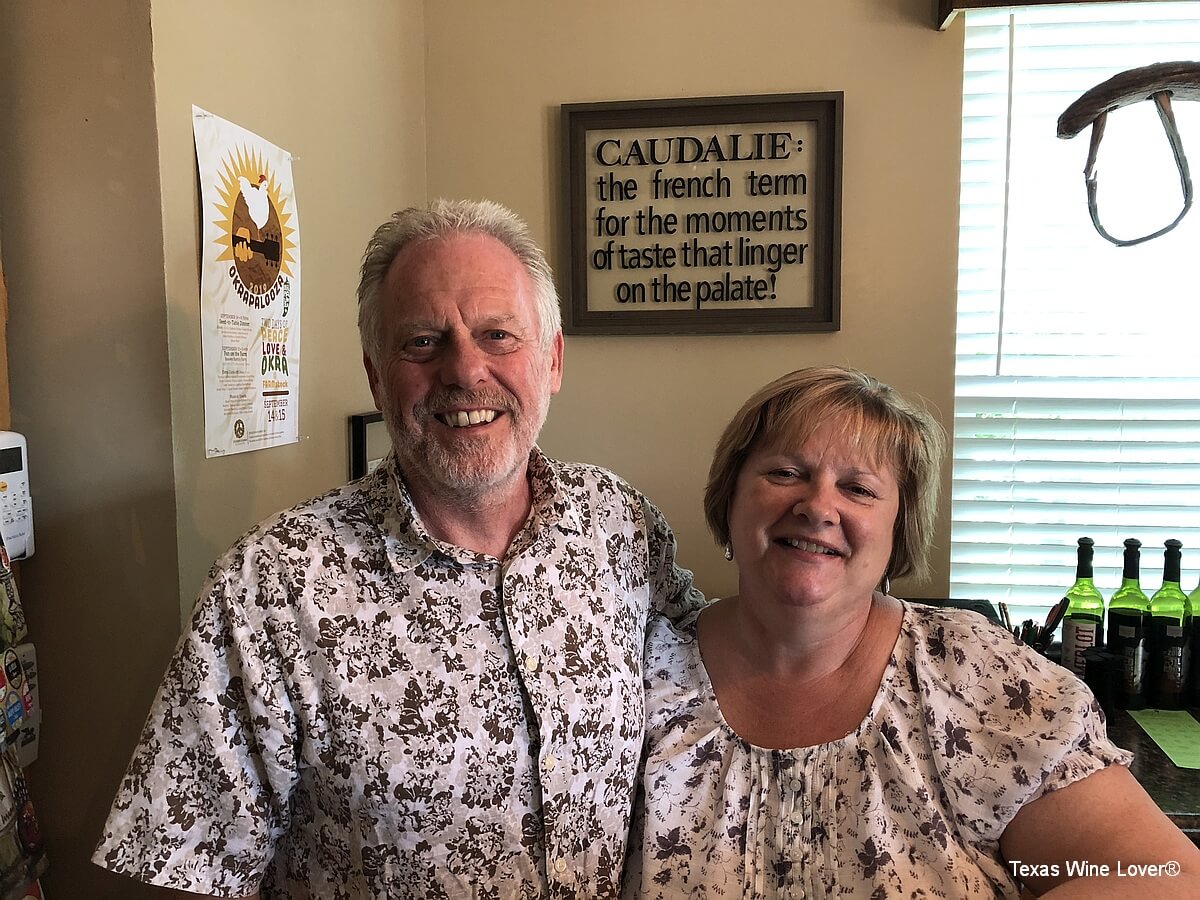 The next area I was heading was north of Dallas and on a Sunday, the traffic was thankfully light. It had been years since I had been to my next winery, Caudalie Crest Farm & Vineyard. The last time we visited, there was a group of us, but this time it was just co-owner Ray Verrill and me for a tasting until Sue Verrill joined us. Ray explained they had created a wine club last year and are in the need to expand the winery. Having live music three times a month draws the wine lovers and that always gives a reason to expand. I followed Ray’s lead on what he suggested to taste, and I was not disappointed by any wine. The small winery is making big strides. 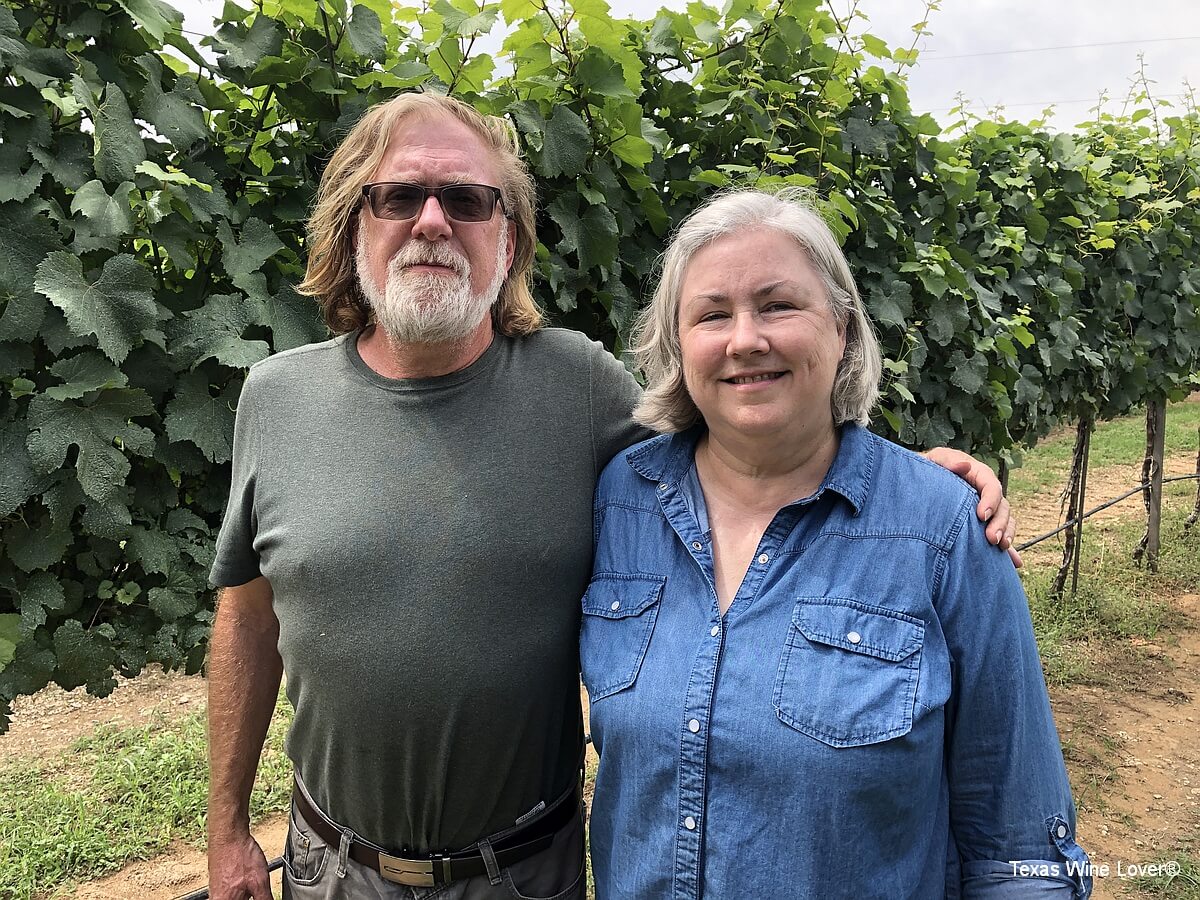 My next winery was new to me, but not to Texas Wine Lover, as we wrote about them last year: Square Cloud Winery. I first met co-owner Jackson Anderson at the 2013 Grape Camp when I learned they were growing many varieties of grapes in their vineyard and they were going to soon be opening a winery. That soon turned out to be five years later, but they did make wine during that time period. I arrived at the winery while Jackson and Cheryl Anderson were at the beginning of giving a small group a tasting of their wines. They were kind to let me join in and I quickly caught up to the rest of the group. They would give us tasters an explanation of the wines in addition to a little background history of the winery and vineyard.

Their Tempranillo Reserve Estate was one of the first attempts using saignée. Saignée is a French word meaning “to bleed” and refers to the process of bleeding off a portion of red wine juice after it has been in contact with the skins and seeds early in fermentation. The must remaining will result in a wine that is richer and more concentrated. Another of their wines was called Temprah which is a blend of the estate Tempranillo and Syrah – get it – Temprah? Both were done saignée before they were blended. It was a very informative visit and I am glad I have another winery in the North Country to visit when I am in the area.

My last winery for the weekend has always been a favorite of mine, both from the wine and the people, Eden Hill Vineyard. Assistant winemaker and long-time friend, Dave Potter, was expecting me and he had planned a special tasting. I sat down in the tasting room along with his lovely wife Kelli, assistant winemaker Michael Steckley, and owners Clark and Linda Hornbaker. There were a lot of people in the tasting room which unfortunately made it a little noisier, but you could see everyone was enjoying the Eden Hill wine. We tasted a number of wines at the table such as Wine=Mc2 and the fantastic Midnight made from Negroamaro grapes. 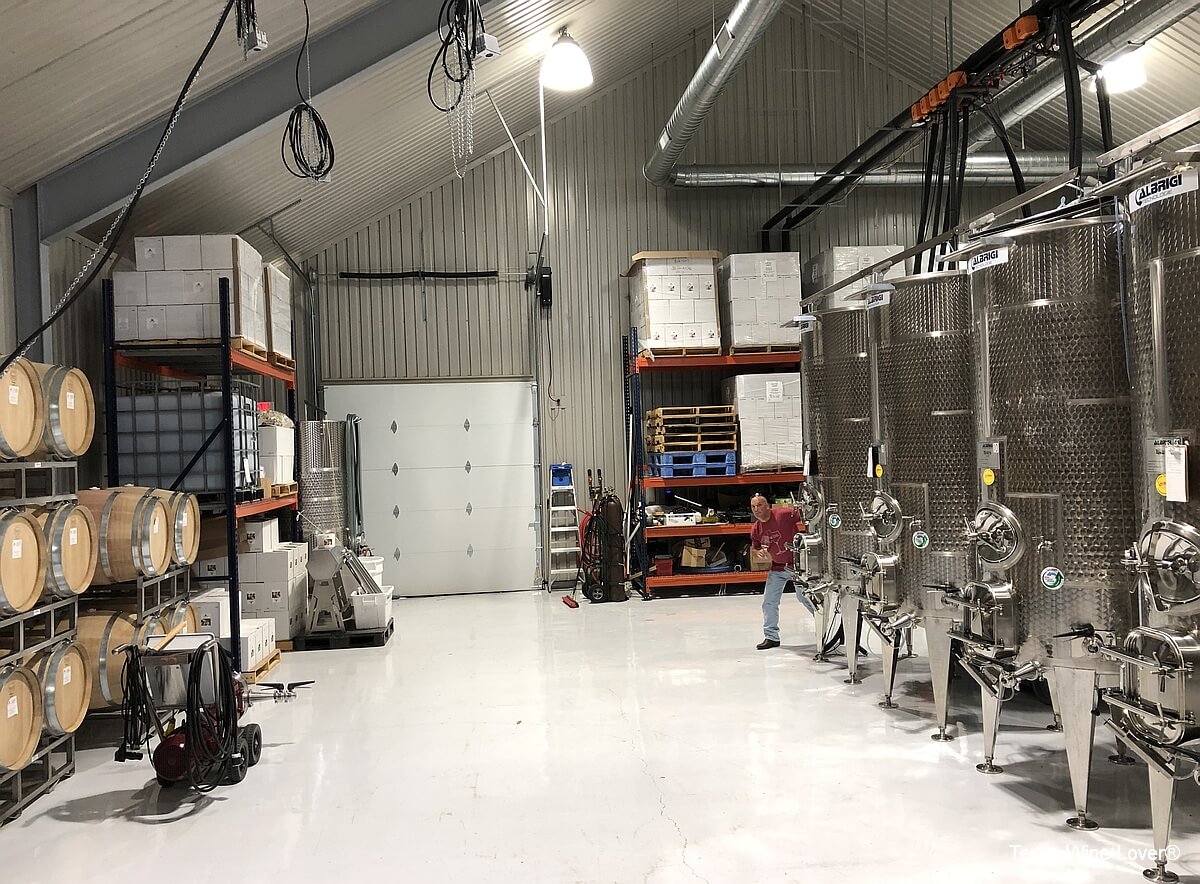 I then had the opportunity to visit their newest addition, a separate building for the wine production. It was great seeing the tanks and barrels in the large space compared to how the winery had started with a smaller production area. More tasting from the barrels and tanks were done, including their fantastic Albariño-Viognier from the tank. I was having such a great time, but unfortunately it was closing time and by the time we returned to the tasting room, the wonderful staff had started cleaning up from the long day.

The weekend had been long, but very eventful, and as you can tell from this summary post two months after the trip took place, I had received a lot of information for blog posts that I hope you enjoyed reading. If you did not get a chance to read them after I posted them, all the posts can be found from the links in this post. Until next year’s trip, cheers!