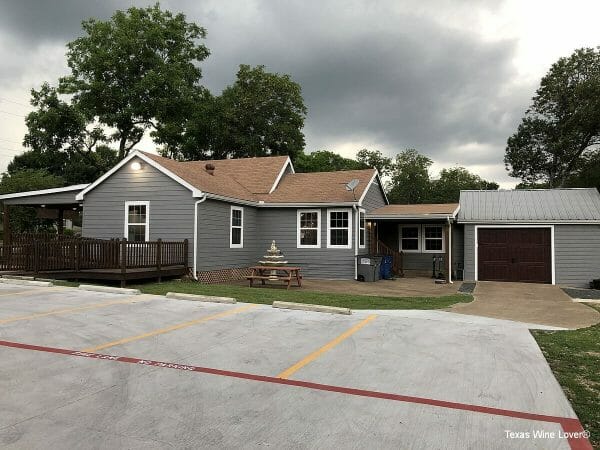 The Dallas area is having more Texas wineries open up, and in the city of Ovilla, Cassaro Winery opened April 13, 2019. Owners John and Jill Matthews planted a three-acre vineyard growing Tempranillo and Sangiovese in 2015, so a winery was the appropriate business to open next. They purchased a 1910 Texas farmhouse on Main St. and remodeled it into a beautiful facility where they could produce and serve Texas wines. Coincidentally, the property is three acres and the winery appears they will be using all of that as they are already expanding. 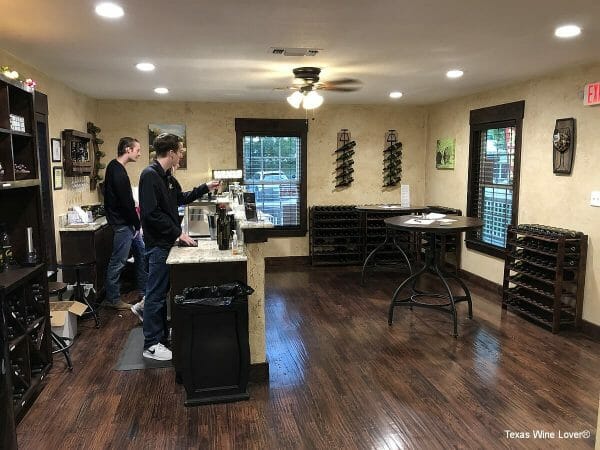 I found the winery easily on an evening that was threatening to storm as I made it to Ovilla. Thankfully, the rain held off when I arrived at the winery just long enough so I could take some photos. In the tasting room, I was greeted by owners John and Jill Matthews, and they started me on a tasting while they described the winery. 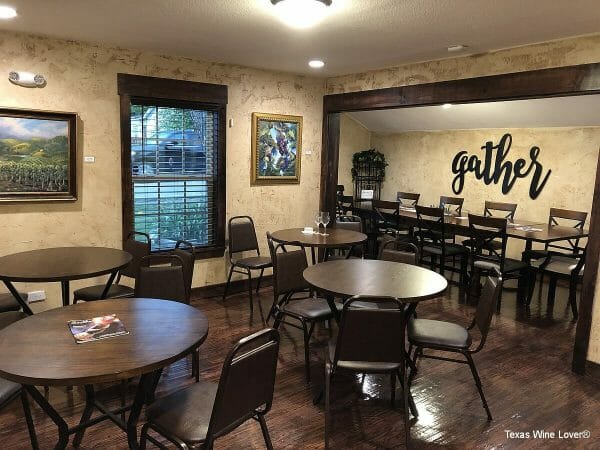 Tastings are normally done while standing at the tasting bar or sitting at a table, and there is a fee for four wines. Crackers are available to cleanse your palate between tastings. Tastings are poured with a measured pourer.

These were the wines that were available during my visit:

The wines are all 100% Texas. Since the family name is Cassaro, the winery’s goal is to bring a Tuscan wine-tasting experience to downtown Ovilla, so many of the varieties of wines offered have their roots in Italy. The estate vineyard is two miles away, so the owners can come to the winery and easily do any winemaking duties. Since the winery has been doing well and they will need all the grapes from their vineyard, they have started to expand their Italian varietal line and contract for grapes such as Montepulciano, Trebbiano, and Nebbiolo. 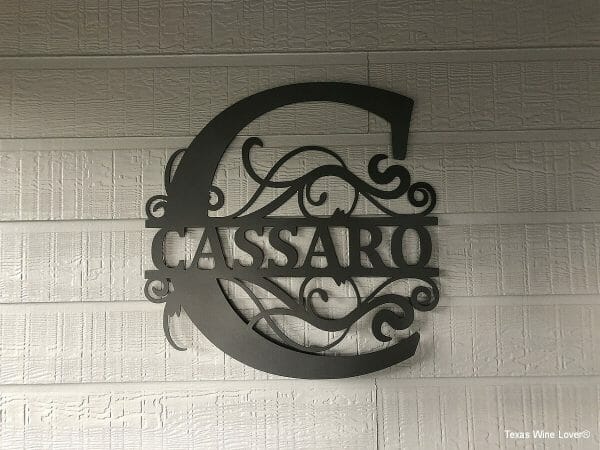 The Estate wines are saved for wine club special events. One of the goals is to take a Sangiovese and make it in the style of a Brunello. They also plan to start aging wines for five years before releasing. That might be tough with the current popularity of wines though. They made 500 cases of wine the first year, but that plans to easily double with the current pace. The bottles of wine are very reasonable priced, and all wines by the glass are the same price.

While I was receiving a tour of the winery, John explained they are starting to expand the winery and literally every week they are adding something new to the winery. They are already approved from the city for an event center on part of the property. 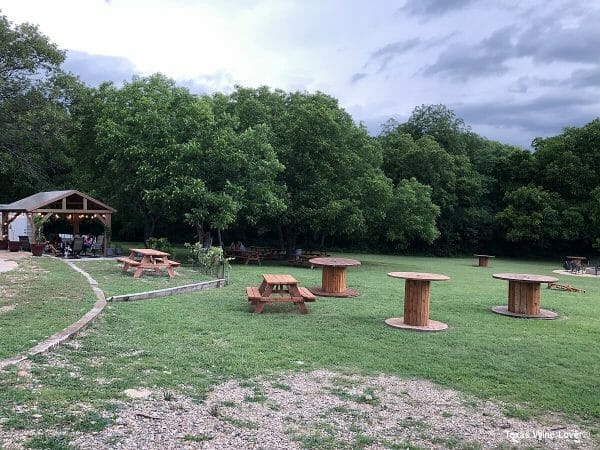 Speaking of events, there is a large area on the property behind the winery with a covered gazebo, very large lawn with fire pit, and extending to a creek. This holds the live music held almost every Sunday and then the winery does concerts called Concerts on the Creek which are special ticketed events for VIPs and general public.

When music is not happening, you can find people relaxing sitting under the pecan trees, by the fire, and listening to the creek. 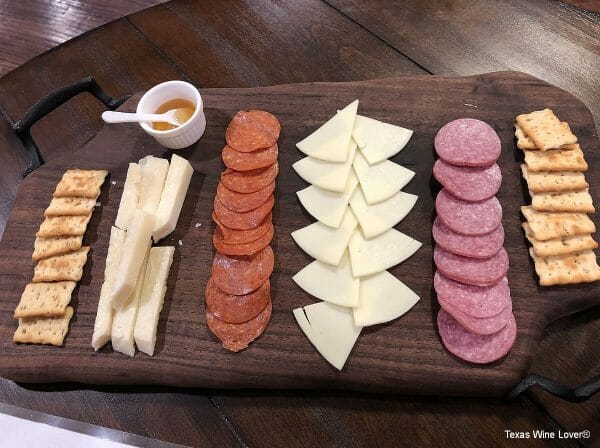 While you are sipping away at some of the Texas wine, there are also multiple selections of food available to help you with your hunger. Items such as fruit and cheese boards, meat and cheese boards, bruschetta dip with pita crackers (fresh basil and tomatoes from the back yard!), and mixed nuts are available.

It is noted in Ovilla’s history that on the creek was one of Bonnie and Clyde’s campouts. During a recent flood, the owners found a gun in the creek that matched the same description that Bonnie carried. After some investigation, they found a photo of her carrying a gun exactly like that. It was an H&R .38 Special which wasn’t rare, but it wasn’t a popular gun. They took the gun to an expert who confirmed it was from that time period, so they plan on displaying it in the winery to provide a little history of the area to customers. 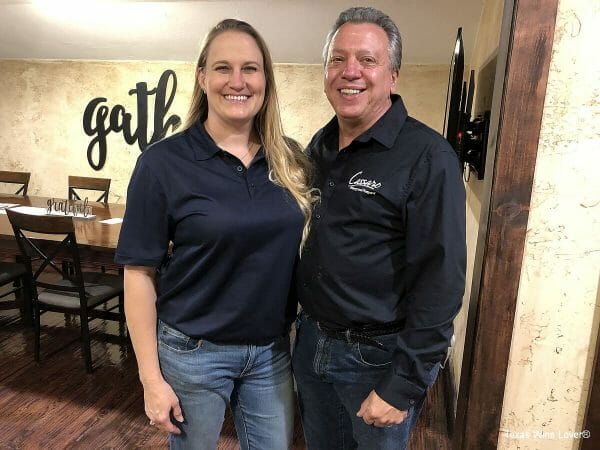 As mentioned, there is a wine club for those who want to take advantage of the special wines and events. In the tasting room is a nice gift shop with clothing and other wine accessories.

Cassaro Winery is trying to do things people haven’t seen before, and from my first glimpse at the winery and hearing about the success, they are definitely succeeding in doing just that.