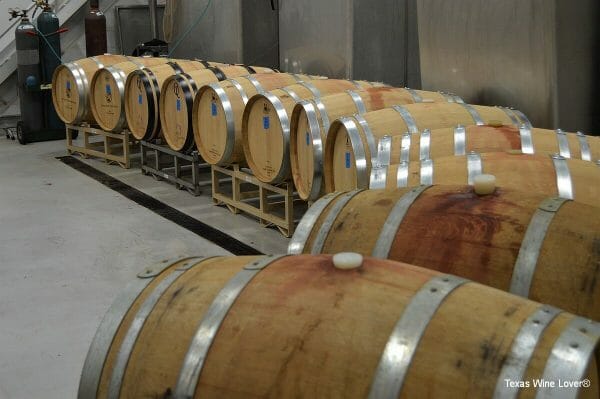 Owner Ron Yates and winemaker Todd Crowell work hard to produce some of Texas’ finest wines. The process includes many steps: choosing varieties, caring for them in the vineyard, fermentation, and aging. For Todd, using the right barrels is crucial to that process. The barrel program at both Spicewood Vineyards and Ron Yates Wines helps craft their wines. Todd carefully selects the barrels, as well as the wine that goes into each one. For the first time, he, Ron, and assistant winemaker Reagan Sivadon shared that with a select few. 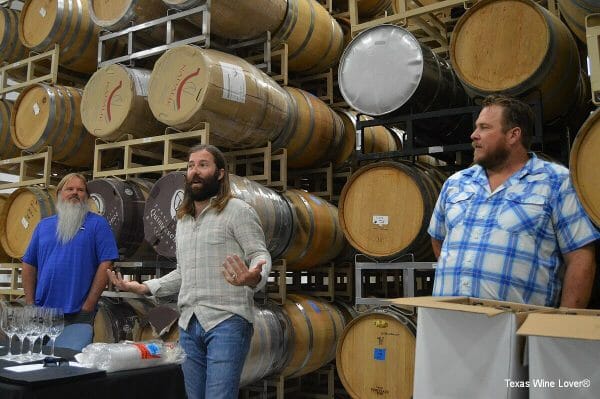 Every year, Todd chooses to age specific wines in each barrel, often taking a wine from a single vineyard and placing it in several different types. Throughout the aging process, the team tastes through the wines in each one. The impact the barrel has on the wine stands out. The tasters learn about aging and have a great time along the way. 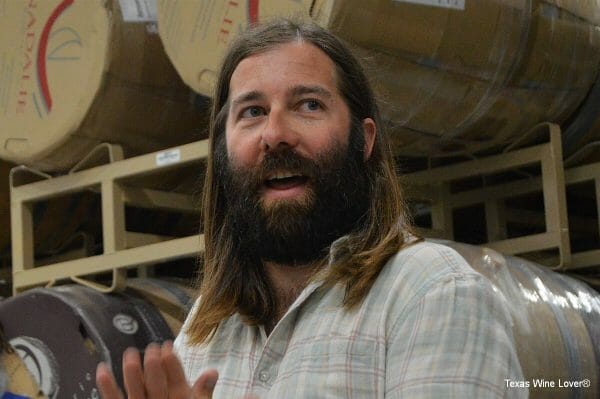 Of course, the team enjoys this event, so Ron decided to make it available to others. A small group joined Ron, Todd, Reagan, and other team members in the barrel room at Ron Yates. Ron led us through six different wines while Todd informed us about the barrels and taught us about their effect on the wine.

We learned a lot about barrels, including some history. Barrels changed winemaking during the Roman era. Todd explained that the Romans saw it “transformed the quality and ability of transporting.” The Gauls first used barrels to store beer, which the Romans applied them to wine. The barrels most wine drinkers are familiar with are a relatively new phenomenon. Before 1960, large oak barrels were more common, especially in the United States. 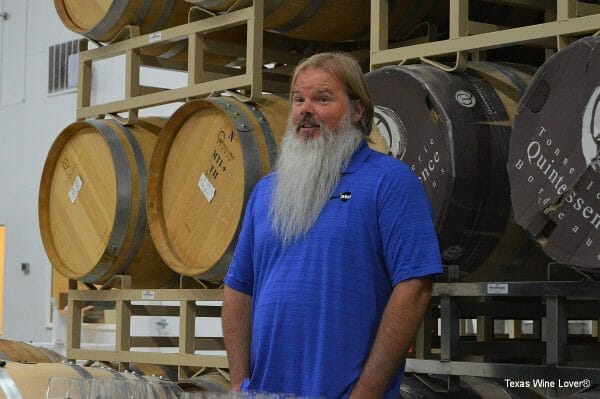 Three aspects of the barrel affect the wine: the grain, the staves, and the toasting. First, the grain of the wood directly affects the wine. The type of wood, such as the tree, is important, but the grain has the more direct effect. In fact, the tighter the grain, the smoother the tannins. However, these wines need time to age to reach that desired point—up to 18 months.

Next comes the staves—the slats that compose the barrel. Thinner staves allow in more oxygen. Anyone who has left a bottle open knows about the effect oxygen has on wine. During the tasting, Todd showed us a single stave, so we could see both the grain and thickness.

Finally, barrel toasting has an immediate effect on the wine. The way the toasting is done, for how long, the level of heat, et cetera, play a role. The seasoning obviously impacts the wine too. From the very beginning, we could all taste the toasting’s effect. Todd provided two examples; we had to use a pen light to view inside the barrels.

The day focused on six tastings. Each offering came from a different barrel, and all the wine was a Merlot from Friesen Vineyard in the High Plains. At that point, the wine aged nine months; the wines will continue to age at least a few more months. The six tastings included one from neutral oak and five others from special oak barrels. Of the five, four were French oak and one was American. 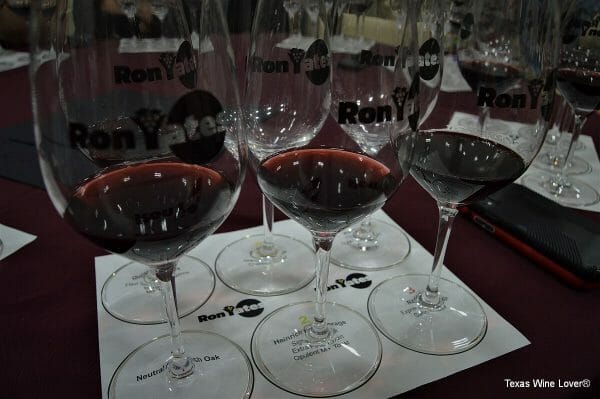 We received three-ounce pours of the six wines, one at a time. The large pour allowed us to taste them as well as retaste and compare them at the end. Ron encouraged blending and even provided additional wine to do so.

After the tasting, the guests could mingle. We could do comparison tastings and blending. We also could talk with Todd, Reagan, and Ron about the wines and barrels. 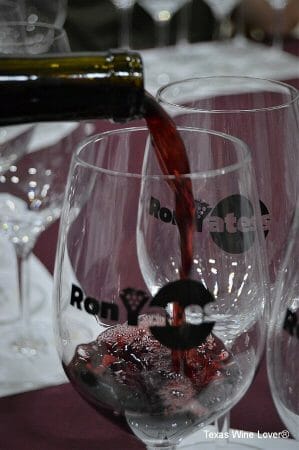 Luckily for us, owners of three vineyards came. One vineyard, Vineyard at Blue Mountain, is still in process and is located in Fort Davis. The Sharp’s sat at our table, so we got to learn more about the property and its history. They recently decided to make this big change after visiting Fort Davis and talking to Ron. The owners for Sandy Road Vineyards in the Hill Country were there; it is owned by assistant winemaker Reagan and his family. Finally, we met the new owners of Tio Pancho Ranch Vineyard—formerly owned by Jim and Karen Johnson. 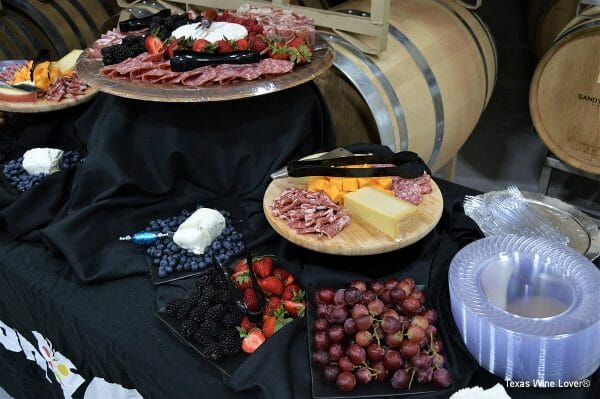 Before creating the event, Ron brought his mother out to do a test. She thought it would resemble the barrel tastings at wine club parties. After the run-through, Ron’s mother changed her opinion. She, like those in attendance, had a great time. The event took three hours, with the first two devoted to the main tasting. Ron hopes to expand this event in the future. He really likes the fruit from the Friesen Vineyard, who also grow Cabernet and Tempranillo for Ron. In the future, there could be a barrel experience for each of the three varieties.