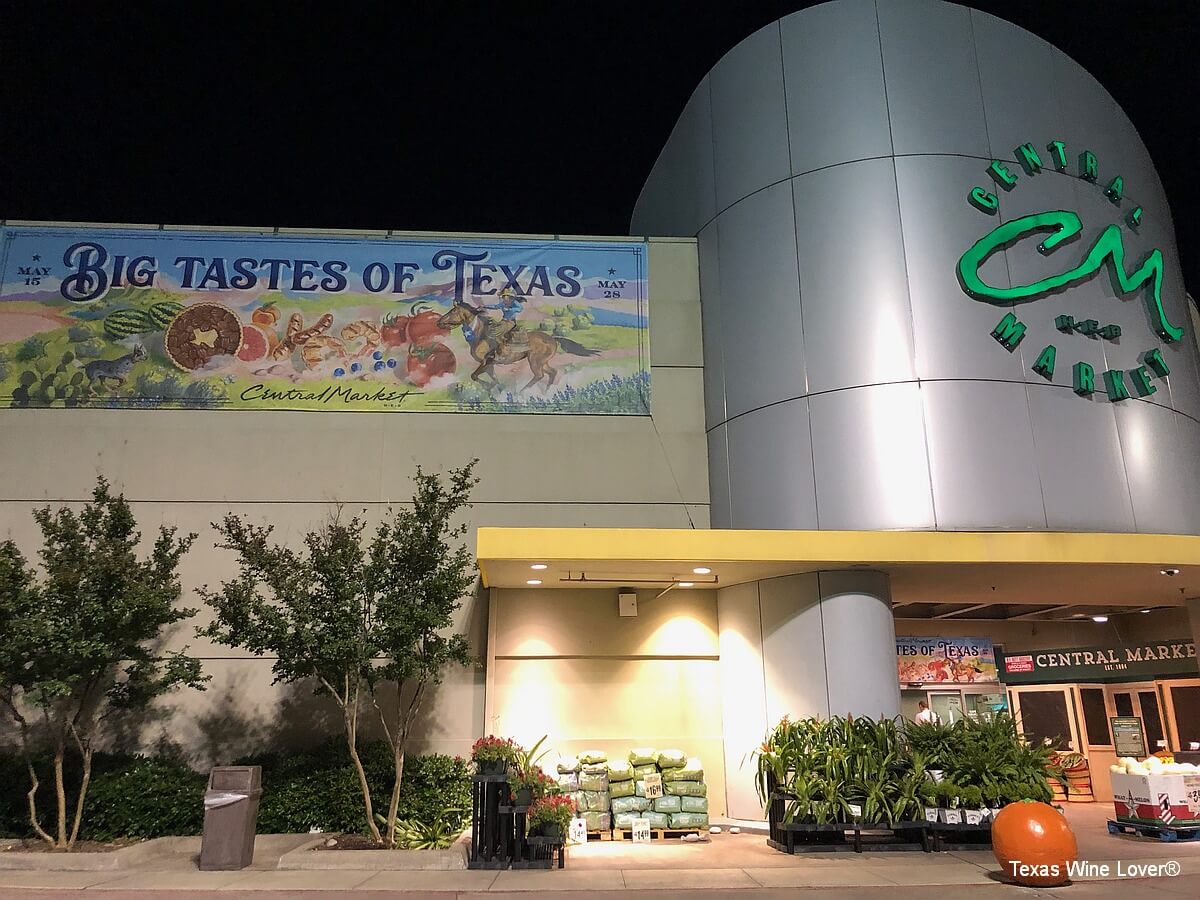 Ben Parsons, founder and winemaker of the Infinite Monkey Theorem, held tastings at Austin and Dallas Central Market stores recently as part of Central Market’s Big Tastes of Texas promotion. Attendees enjoyed a delicious four-course dinner paired with four wines. Ben kept the assembled guests entertained with stories about his start in the wine industry, his desire to create wines with soul, and his focus on innovation. Central Market chefs selected and prepared foods that paired well with the four Texas wines.

Ben is English and started his wine career at Laytons Wine Merchants, a London-based wine shop where he sold high-end wines to a high-end clientele. He decided he wanted to learn to make wine, so he moved to New Zealand where he worked in Marlborough for several harvests. He later won a Rotary Foundation scholarship that paid for him to attend graduate school in enology in Adelaide, Australia. In 2001 he was looking for a winemaking opportunity in the Northern Hemisphere. He landed just a bit off the beaten path and moved to Grand Junction to work at Canyon Wind Cellars in Palisade, Colorado. 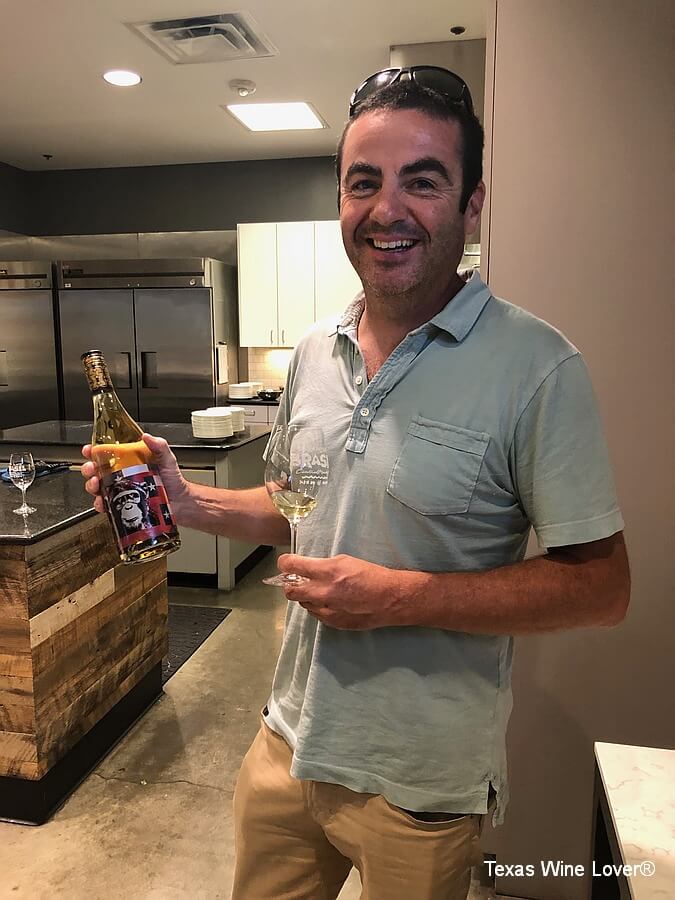 Ben Parsons founded the Infinite Monkey Theorem in Colorado in 2008. In Denver, the Infinite Monkey Theorem has a tasting room in the trendy RiNo Art District. Texas wine operations and an Austin winery were added in 2015. Ben’s sources Texas grapes from both the Texas Hill Country and the Texas High Plains. In addition to the four Texas wines sampled, the Infinite Monkey Theorem also produces a Texas rosé. In Denver, Ben sources fruit from the Western Slopes of Colorado. Colorado varieties include Sauvignon Blanc/Semillon, Chardonnay, Rosé, Cabernet Franc, Malbec, Petit Verdot, Riesling, Syrah, and Petite Sirah. The themes that we often hear about winemaking in Texas are also applicable to winemaking in Colorado: winemakers with a frontier mindset, overcoming challenging weather conditions, and a unique opportunity to be creative. In both locations, tasting rooms reflect an urban sensibility with graffiti art and events like silent discos and The Bachelorette watch parties. 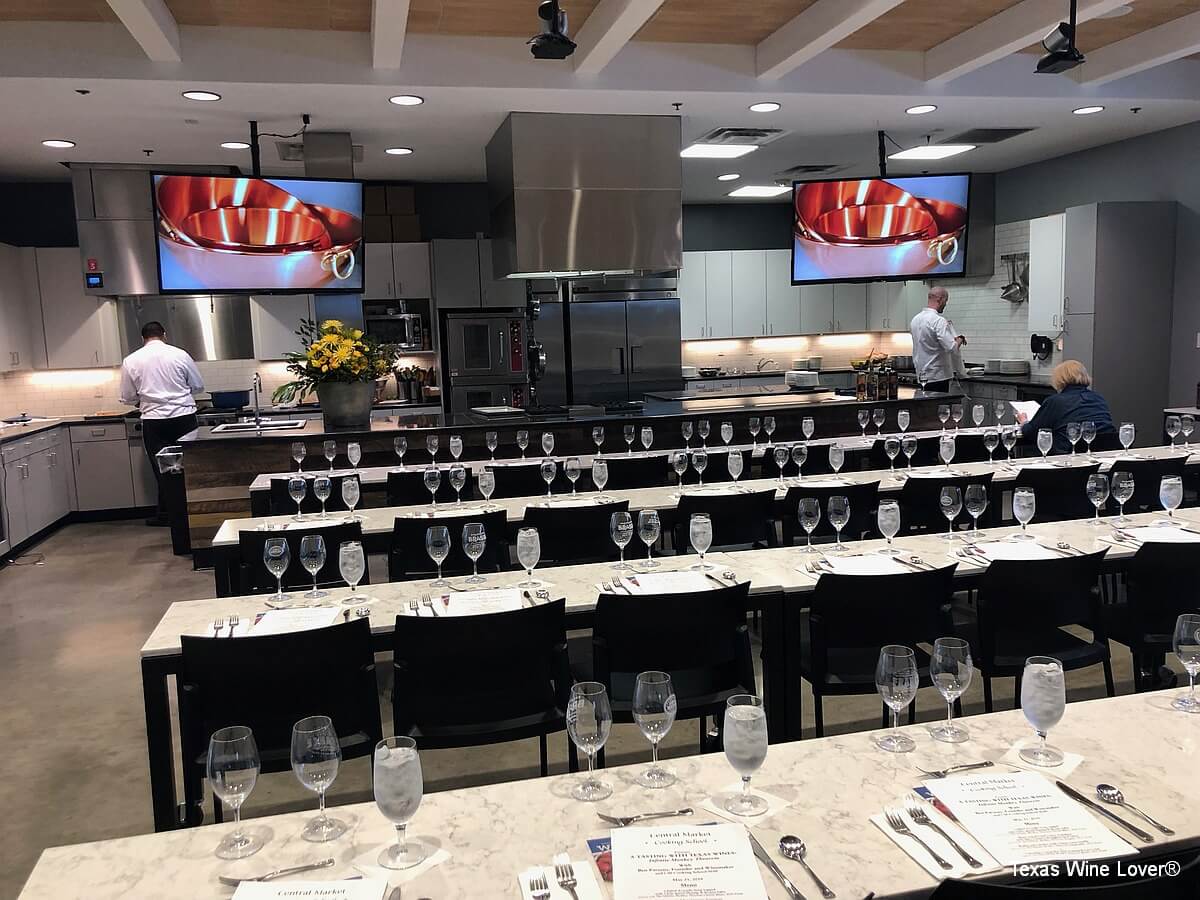 Ben strives to make wine approachable, not snobby. From the company name to the chimpanzee on the label, the Infinite Monkey Theorem reflects the founder’s desire to be relevant to today’s wine consumers. The price points are approachable too. All of the wines we tasted are $14.99 at Central Market. Perhaps the only aspect of the wine that requires an explanation is the name itself. The Infinite Monkey Theorem refers to the probability that a monkey will eventually reproduce a given text (such as Hamlet), given enough time. In other words, all things are possible, even in an inherently chaotic system.

Innovation is a driving factor in the Infinite Monkey Theorem brand. It was the first U.S. winery to keg wine in 2009 and, in 2010, it was the first winery to put wines in cans. The canned wine segment of the business is innovating further by producing a dry hopped Sauvignon Blanc and a Peach Bellini sparkling wine cocktail using Colorado peaches and a sparkling Riesling from Washington. A guest asked where innovation might take the Infinite Monkey Theorem next. Ben offered two possibilities: a low alcohol wine spritzer option or a CBD-infused (cannabidiol) drink, although current federal laws make this proposition impossible. There may also be geographic expansion in the future, and Ben feels that Oklahoma City and Detroit are interesting areas to consider. Dallas residents have long heard rumors of a tasting room opening here, and Ben indicated that he is working to secure a location.

Since Texas Wine Lover last visited in 2015, the Infinite Monkey Theorem’s Austin tasting room has moved. Its new location in East Austin just opened last week. The brand has grown since 2015 when it bottled about 2,500 cases of wine in Texas. Ben reports that he will bottle about 4,000 cases of wine in Texas this year. In Colorado, he will bottle 6,000 cases of bottled wine, 12,000 kegs of wine, and 85,000 cases of canned wine. The canned wines use Washington grapes, a more affordable option than grapes from either Texas or Colorado. 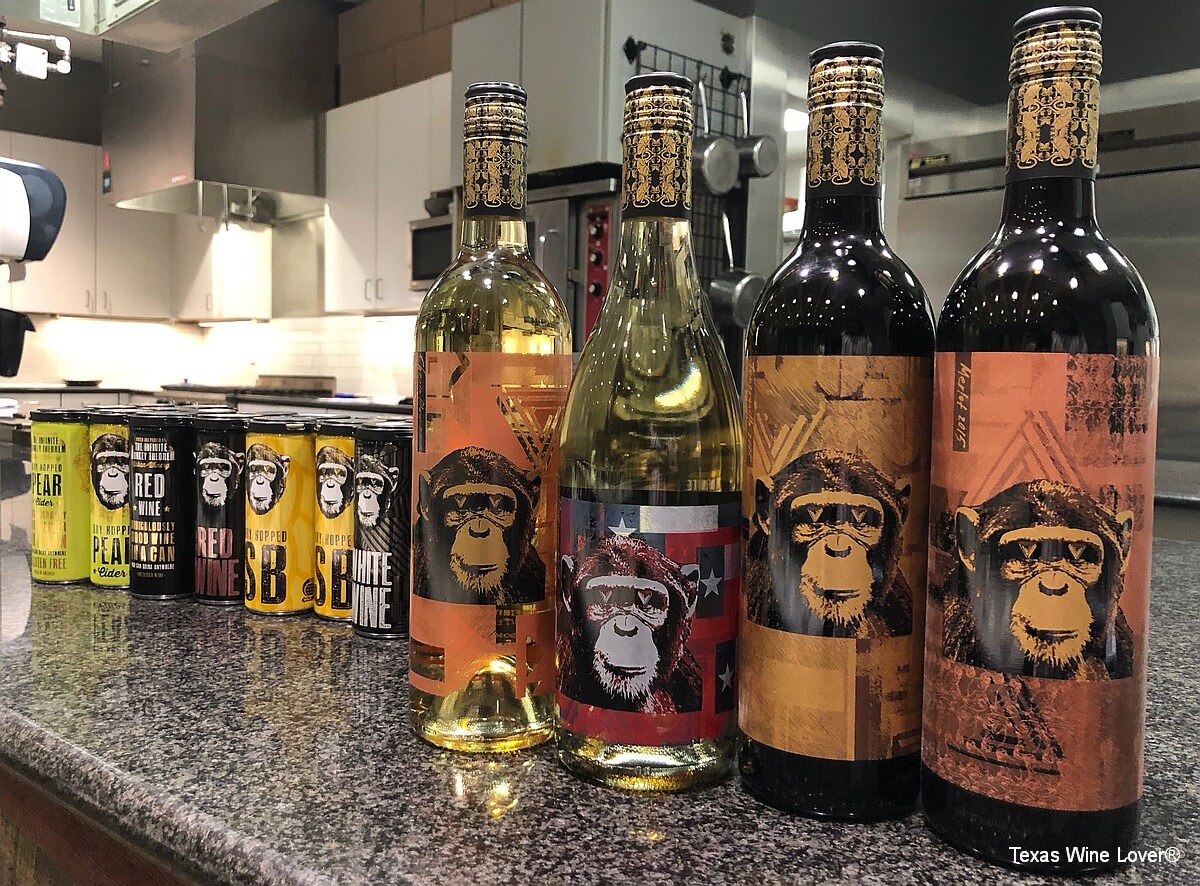 Ben is excited to be a part of the evolving Texas wine industry. He wants restaurants and the media to demand that the farm to table movement include a strong preference for local wine. He said, “I’m really excited about the Texas wine industry. I think there’s some excellent fruit here. I think we’ve started to make good wines, and I think we can make better wines. That’s what we always strive towards as winemakers, trying to change something every year, trying to experiment with something to make it a little bit better. You can attack it from the vineyard, and you can attack it from the cellar. Of course, you do need the support of all of you guys, the support of local restaurants, and the support of the stores. You need the media to get behind it to drive it forward. Really, you want everyone drinking Texas wine.”

A classic Chenin Blanc with an unmistakable white floral and stone fruit nose. Neutral oak barrel aged for six months. Sourced from the Texas High Plains in a vineyard managed by Kim McPherson.

Aged in neutral oak, this fruity Tempranillo is full-bodied enough to stand up to the sweet and spicy barbecue sauce. Fruit from Bingham Family Vineyards in the Texas High Plains.

This lighter-style Merlot is approachable and meant to drink now. Fruit sourced from Reddy Vineyards in the Texas High Plains.