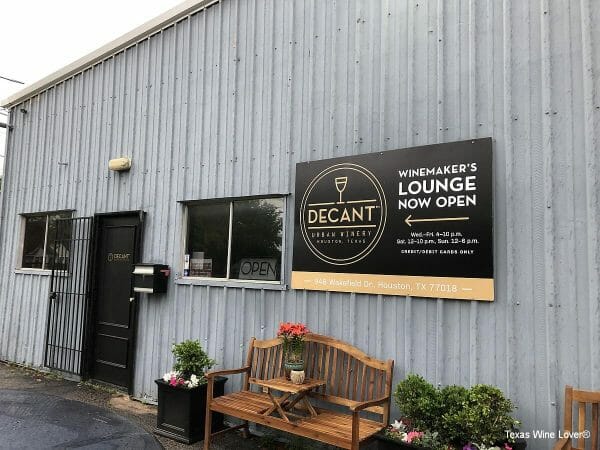 Decant Urban Winery is a winery located in the heart of Houston. The owners are Kristina and Ron Tucker, and Kristina is also the winemaker.

The winery opened February 13, 2019, in a warehouse with a convenient brewery next door making one stop benefit multiple people. While some urban wineries either get their wines made elsewhere or perhaps buy “shiners,” Kristina makes the wine on the premises in a full production area.

Because the winery is new, it is still a work in progress. Kristina showed me the plans for the entire 10,000 square foot building, and there are a lot of changes planned. The current production area will have walls built around it leaving the current event space separated, but still allowing viewing of the production area such as the tanks.

The current entrance will change from the front of the building facing the street to the inside of the C-shaped warehouse with an outside patio built including the entrance. The patio will also be a dog-friendly patio. The current small tasting room for 10-12 people will become a private tasting lounge with the event space becomes the tasting room for 75-150 people. 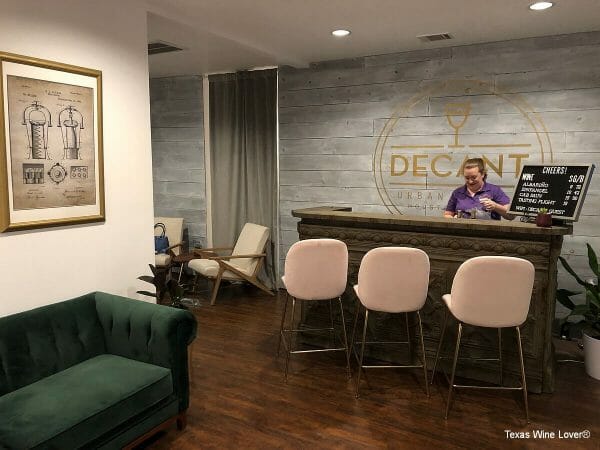 Speaking of tasting rooms, you currently taste in the tasting room while sitting at the tasting bar. There is a fee for the three wines offered as a flight. You can also purchase a glass or bottle of the wines separately. The uncorked wines are poured from the bottle. Food can be purchased on weekends including the neighboring pizza food truck which is shared with the brewery.

These are the three wines offered at the time of my visit:

Kristina believes Albariño is the best white wine in Texas which is why that is the first white wine offered. The Cab is really soft and non-tannic, and purposely made ready to drink now. 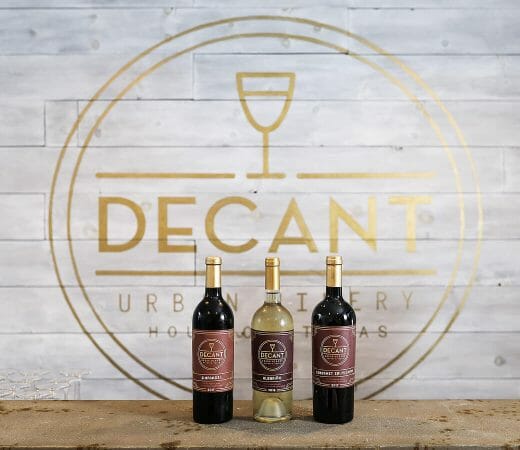 The Texas wines are a great start, but the next three wines will be coming from the Columbia Gorge AVA which is on the border of Oregon and Washington. These wines will include a Pinot Noir and Riesling from the Washington side while a Syrah will be from the Oregon side.

The next wines after that will come from grapes from Napa and Sonoma including a Petite Sirah. There are plans on making more Texas wine though. The reaction from the customers will help determine what wines will be made in the future. 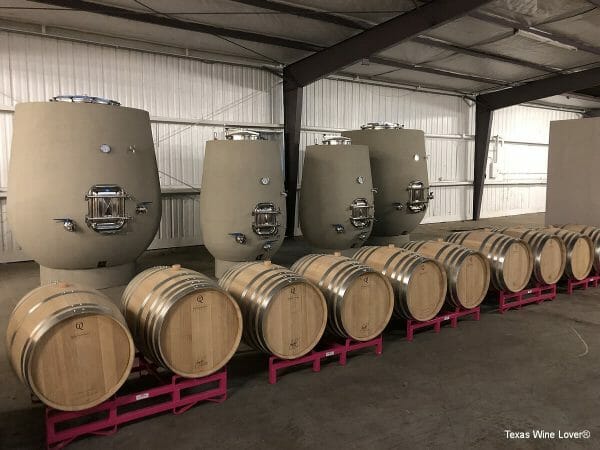 I took a tour of the production area which included four concrete tanks. Kristina explained the tanks are in the style of Old World and are imported from Italy. Only one of the tanks is epoxy lined which allows the other tanks to have oxygen pass through. Kristina has done a lot of research on oxygen with wine and she is implementing her findings. Barrels are in front of the tanks and barrel fermentation is also done. They currently make about 100 cases of each varietal wine and this year made approximately 1,600 cases.

Previously mentioned, the event space is in front of the production area and the winery holds different events like murder mystery dinners, watching sporting events, crawfish boils, and more. 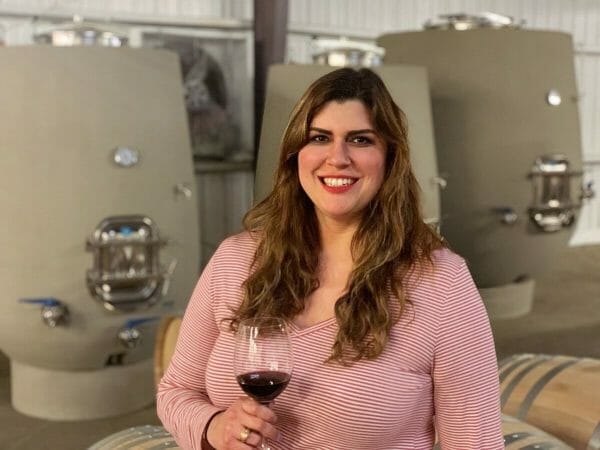 If you are in the Houston area, keep watching for events and wines coming from Decant Urban Winery.