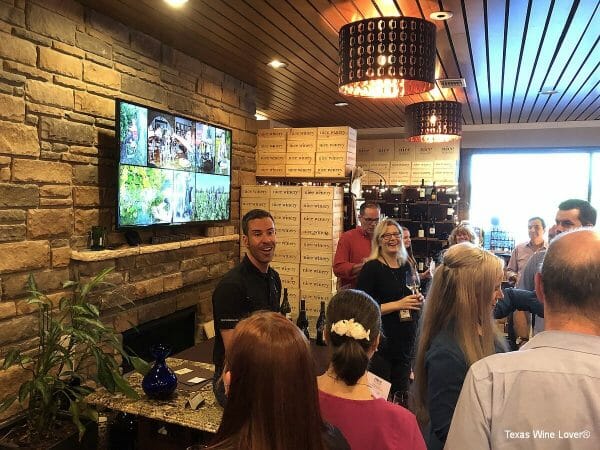 One of our favorite wineries in Houston is Nice Winery, so when we received an invitation from Sojourn Cellars to sample a tasting of their wines at Nice Winery, we readily accepted.

We met Sojourn’s Director of Marketing, Sherrie Perkovich, at the winery before the event began. Sherrie wanted to give us some information before the crowd arrived and in doing so, she started by giving a background of the winery.

Sojourn Cellars is in Sonoma and they are noted for their highly rated Pinot Noir, Cabernet Sauvignon, and Chardonnay. They source their wines from Sonoma Coast and Napa Valley. They sell their wines mostly direct to consumer, but they do offer some distribution to noted partners, and Nice Winery is thankfully one of those. 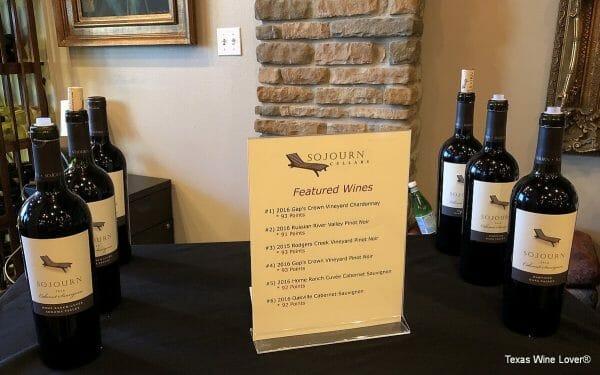 We had the pleasure of sampling these six wines:

The winery totals about 10,000 cases a year. They make a total of 10 Pinot Noirs including two Pinot Noirs from their vineyard. 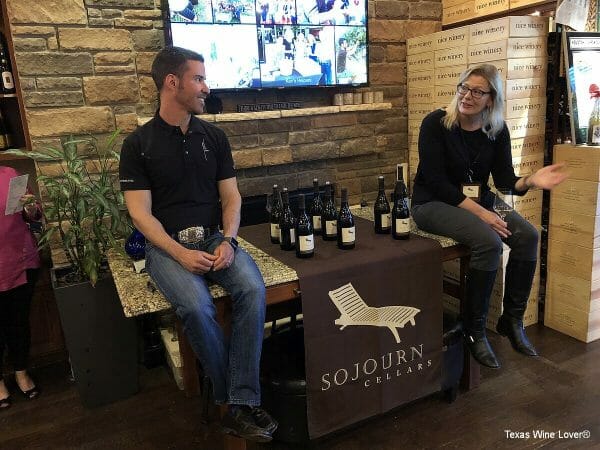 During the tasting, co-owner Ryan Levy of Nice Winery, and Sherrie Perkovich talked about their wineries and their relationship. Ryan stated that like themselves, they enjoy supporting other family owned sustainable wineries.

If you get the chance, definitely try the wines from Sojourn Cellars.