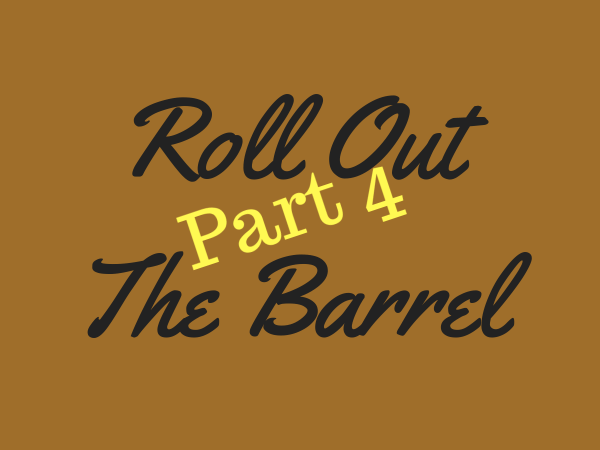 During this year’s annual Roll Out the Barrel, this time Part 4, I was able to attend again like the first two years. The first year included wine media visiting eight Texas wineries in one day. It was a very busy day and required writing about it in two posts: one and two. The second year was a more reasonable three wineries. Last year’s tour was also three wineries. This year’s tour was again involving three wineries, but a different set than previously visited.

Matt McGinnis of Pen & Tell Us arranged the media tour of Roll Out the Barrel. He explained it was similar to En Primeur in France, or known as wine futures, which is a method of purchasing wines early while the wine is still in the barrel. The tour gave the group a sampling of what three Texas wineries have for futures including some recently finished wine.

The first winery we visited was Wedding Oak Winery in San Saba. Greeting us were managing partner Mike McHenry, his wife Lynn McHenry, Operations Manager Doug Winter, Director of Vineyard Operations Penny Adams, and winemaker Seth Urbanek. We headed to the barrel room for the winery’s presentation. Before the tasting, Mike McHenry explained how they were going to be opening a new tasting room in Fredericksburg across from Alstadt Brewery hopefully in April, and another tasting room in Burnet hopefully in June. 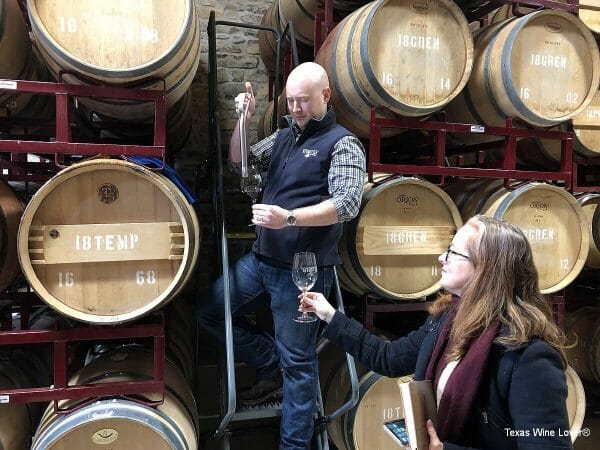 Seth Urbanek and Penny Adams took over and this is what we had the chance to taste:

About half of Wedding Oak’s fruit comes from the Texas Hill Country. Seth Urbanek also mentioned, “Italian grapes are less work in the cellar. The chemistry is much easier to work with.”

We also learned that putting all of a wine in new oak would be overwhelming. That is why the winery blends new oak barrels with neutral oak to help make the finished wine better. Wedding Oak Winery produces 10,000 cases which also includes the custom crush they do for other wineries. 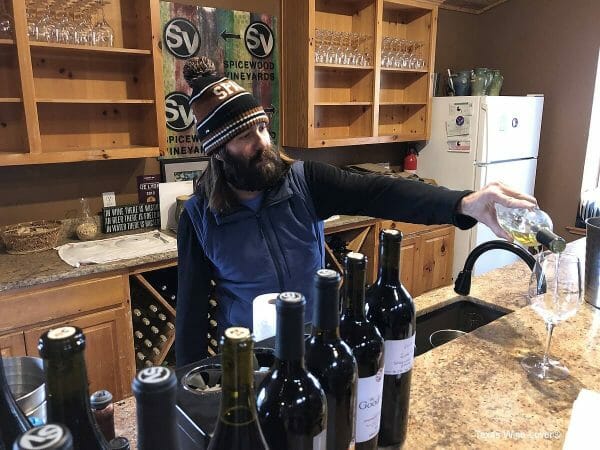 After packing up and picking up a packed lunch, it was time to get on the bus and head to Fall Creek Vineyards.

We arrived at Fall Creek Vineyards and owners Ed and Susan Auler along with winemaker Sergio Cuadra met us in the tasting room. There we enjoyed a 2018 Sauvignon Blanc “Vintner’s Selection” from Mesa Vineyards while they described the winery to the group. It was then on to the barrel room. 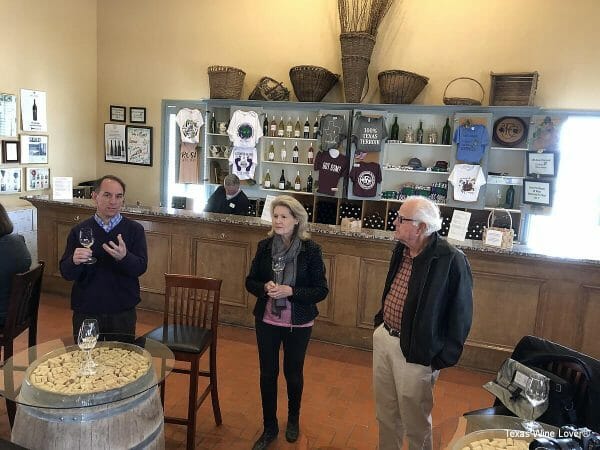 There is nothing like tasting in a barrel room, other than being a little chilly. This is what we had the chance to taste:

Near the end of the tasting, we were treated by special food appetizers by Chef Bryan Gillenwater from Bryans on 290 in Johnson City. The appetizers were:

It was an interesting and excellent tasting, but we were a little late, so it was on to our next winery, Spicewood Vineyards. At Spicewood, owner Ron Yates greeted us and had us ready to do a tasting in the tasting room.

With Willie Nelson playing in the background, this is what Ron Yates poured for us:

Spicewood Vineyards makes 3,500 cases of wine a year. The Good Guy and Sauvignon Blanc are the only wines they have made since they bought the winery in 2007.

We were running a little late, but nobody in the group seemed to mind as we tasted some wonderful Texas wines. Once we were on our way, everybody seemed happy as they had enjoyed a wonderful day of experiencing current and future Texas wines.