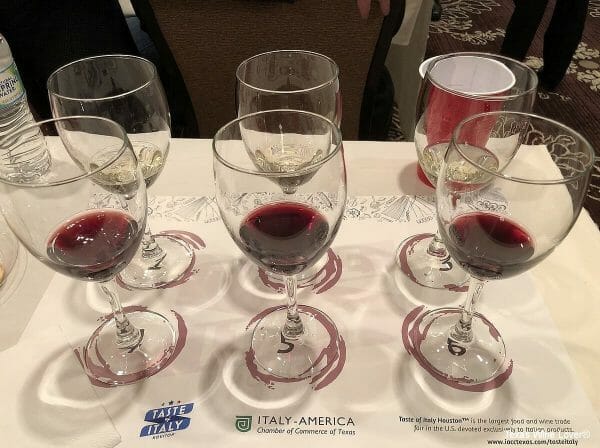 Those are Italian grapes being produced in Texas vineyards for bottling as Texas wines. And because they were among the regionally indigenous wines being poured at “Taste of Italy – Houston” on February 25, Texas Wine Lover attended that event. 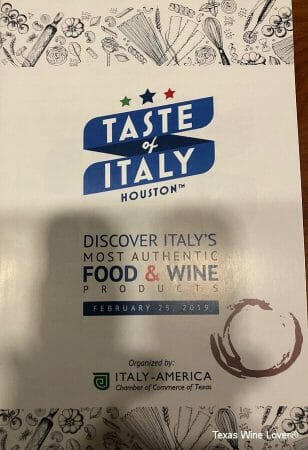 Not only was the purpose of my attendance to gain a better understanding of the grapes that are having success with Texas wineries, I also was most interested in the day’s last seminar and guided tasting – “The Italy-Texas factor: How to pair Italian wines with Texas BBQ”! 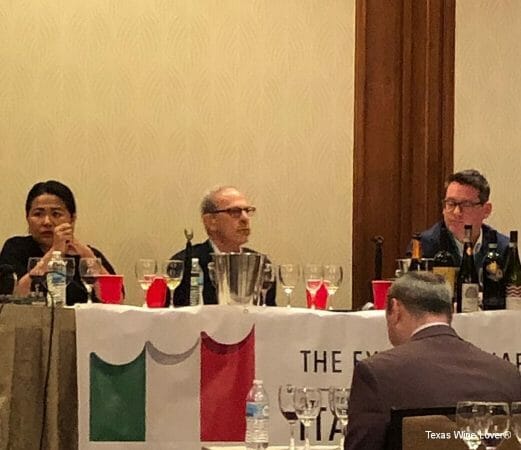 Of the five wines poured, grapes from three of those bottles are being grown in Texas vineyards – Sangiovese (poured as a Chianti Classico), Aglianico, and Nebbiolo. The two wines from Italian varietals not being grown in Texas were a Lambrusco and a Raboso. The BBQ pairings were a smoked duck on creamy polenta with a Balsamic reduction, a smoked short rib pizza with marinara and mustard sauces and chicharrones (fried pig skins), and a smoked tenderloin with a Balsamic reduction over a white bean puree with Basil chiffonade.

Reid said that acidity was the common element of all five of the medium weight reds and was necessary to cut through the heavy meat. He also said, “Any serious BBQ restaurant should have a good wine list,” to which Schoenfeld added, “Rule number one is to like the wine!”

Robertson noted that Aglianico is being grown well on the Texas High Plains and urged those in attendance to try it with Texas BBQ. He added, however, that his personal “go to” for wine and BBQ is Barbera, and “Texas simply is not making much of that.”

Those wines included a Chardonnay-based Franciacorta D.O.C.G. Brut, a Sauvignon vert Tocai Friulano, and a Greco di Tufo from Campania. Reds were a Sangiovese-based Rosso di Montalcino, a Barbera d’Asti, and a “ringer” – a Tempranillo from Tuscany which Schoenfeld noted “tastes like Tuscany.”

The 11 a.m. – 5 p.m. event also featured a third seminar – “Prosciutto Master Class” – which I skipped in favor of sampling wines and foods from the 32 exhibitors. The only wines I tasted were from Italian varietals being grown in Texas. 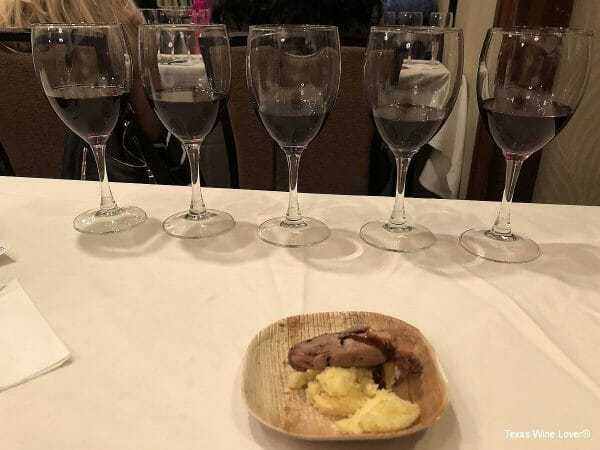 The sampling also gave me the opportunity to meet fellow Texas Wine Lover writer Andrew Klein and his wife, and to visit with a number of oenophiles who have connections to the Texas wine industry.

My “take-away” from the experience is that Texas BBQ does pair well with Italian wine – not just with beer – and since Texas wineries are producing a lot of Italian varietal wines, pairing Texas wine and BBQ is a match made for Texas!