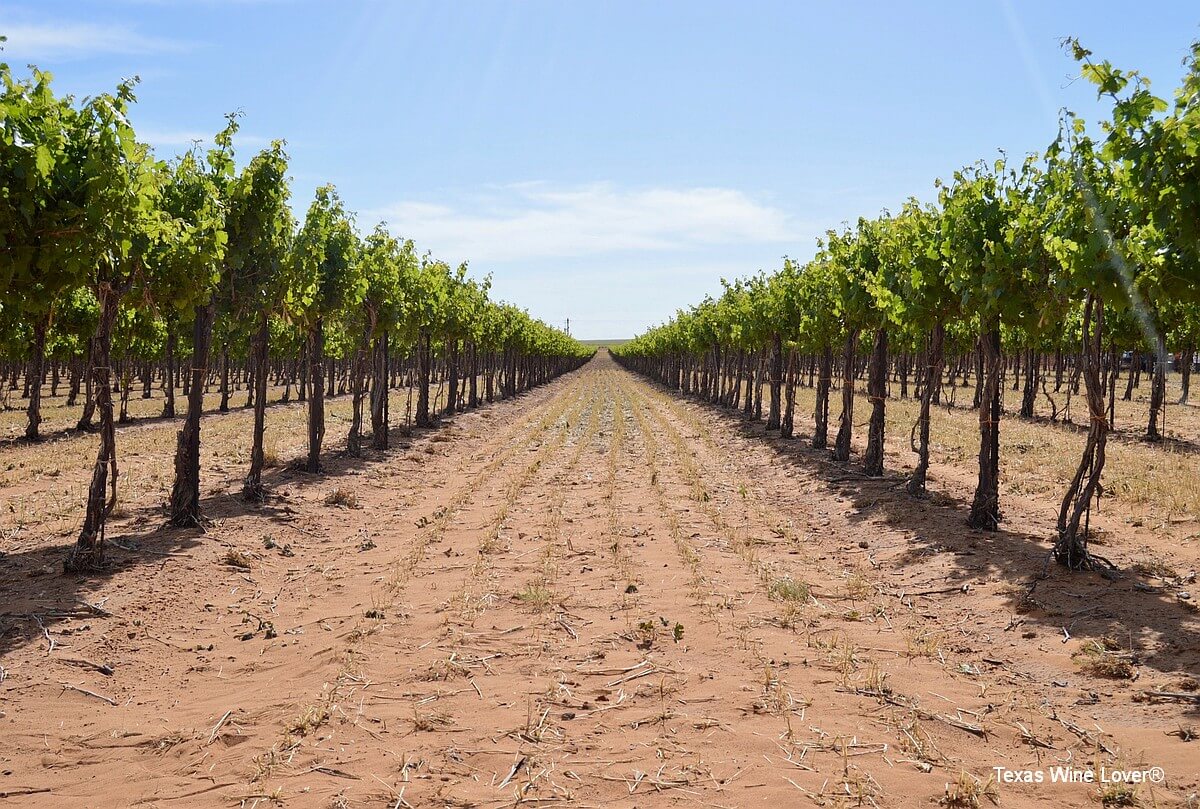 The answer to the question of how many acres of grapes are there in Texas has long been unknown. The question may be getting close to answering though with a recent study by the United States Department of Agriculture National Agricultural Statistics Service (USDA-NASS). They recently released their results with the “2017 Texas Wine Grape Varieties.”

The Southern Plains Regional Field Office of USDA-NASS worked with the Texas Wine Grape Growers Association (TWGGA), who also provided funding to conduct the survey for 2017. The data was derived from an “extensive” review of both State and regional grower association lists, Extension Service lists, and the USDA-NASS Sampling Frame. (Note: I’ll come back to “extensive” later.) A total of 994 samples were mailed to potential vineyards and 810 usable reports were returned.

To answer the question of this post, I summarized the data in the tables to the following table.

According to the data returned, there are a total number of 4,541 bearing acres of grapes in Texas, and 1,062 non-bearing acres for a total of 5,603 acres. Does that answer the age-old question of how many acres of grapes Texas has? We know that’s not entirely true because some reports were not returned. But it is a good starting point.

Going back to the “extensive” review the Statistics Service did, did they really check every possible resource? Besides sending surveys to what they believed were the known grape growers, they could have checked the Texas Wine Lover website too.

Year ago, I was surprised that no one in Texas knew how many acres of grape vineyards there are in the state, so back in 2014, I started collecting data from growers. Through visits to vineyards, wineries, and through conferences, I collected data from around the state.

Texas Wine Lover had a post in 2016 entitled “How Many Acres of Texas Vineyards are There?” with the current situation, and encouraging growers to submit their data so we could finally have an answer to the number of acres. Later in 2016, I attended TWGGA’s Grape Camp where one panel member at a seminar stated that Texas does not know how many acres of grapes we are growing. After the seminar, I informed that person I had been trying to get that answer and I would be happy to work with them to finally get the answer. I never heard from anybody.

So, I continued collecting the Texas grape acres independently. To this date, Texas Wine Lover shows 6,475 acres in Texas. Surprisingly, that is very close to the report’s 5,603 total acres.

I also did not collect the number of acres per variety because again, that would require constant updating. I did collect the varieties grown in the total for that vineyard, and that actually has proved helpful to growers and wineries. I have gotten congratulations from vineyard owners thanking me for that feature, because they have gotten contracts from wineries for their grapes when they were searching for specific grape varieties.

Texas Wine Lover also has a separate page for each vineyard with specific data for the vineyard not only for varieties and acres, but contact information, address, location, social media, and map that combines to a total map of vineyards in Texas. The information can be submitted by a grower to keep the data up-to-date. That information is also summed up in a listing of vineyards with different search features. It would be nice to see specific vineyard information for those that returned results in the USDA-NASS report.

The report does not state it, but it appears that they concentrated on commercial growers only, especially if they price per ton for the different varietals. That may account for the difference in acres too. In my opinion, if we want to know how many grape acres there are in Texas, a one acre vineyard counts just as much as a 100 acre vineyard.

Let’s talk about grape varieties. If you think of the Texas wines you may have had, you would believe the most popular ones would also have be among the highest acres being grown. To some extent, this is true from the report.

Looking at the top five grapes grown in the Texas High Plains, there is Cabernet Sauvignon, Tempranillo, Merlot, Mourvèdre, and Sangiovese. These are all very popular Texas wines as a single varietal wine and also in a blend.

In North Texas, the top five grapes being grown are Blanc du Bois, Black Spanish, Syrah/Shiraz, Tempranillo, and Cabernet Sauvignon. That is a little surprising to me, as the area of Texas that is known best for growing Blanc du Bois and Black Spanish is Southeast Texas as those are the grapes that grow best there.

Talking about Southeast Texas, the five top varieties are Blanc du Bois, Black Spanish, Muscadine, Cabernet Sauvignon, and Tempranillo. There are the top two grapes as expected. The Cabernet and Tempranillo are only a total of 14 bearing acres, and it would not surprise me if they are from east Texas where Kiepersol has perfected growing vitis vinifera grapes, and also taught neighboring vineyards how to do the same.

In West Texas, the top five grapes are Cabernet Sauvignon, Tempranillo, Merlot, Malbec, and Viognier. The top three grapes are the same as the Texas High Plains but adds the popular Malbec and what was/is thought to be Texas’s white wine of Viognier.

The Texas Hill Country is the second largest growing region in the state and its top five grapes are Cabernet Sauvignon, Tempranillo, Black Spanish, Merlot, and Syrah/Shiraz. Again, these grapes all show up in the other regions.

For the totals in Texas, the top five grapes being grown in bearing acres are Cabernet Sauvignon, Tempranillo, Merlot, Black Spanish, and Blanc du Bois. The totals from the areas which do not do well growing vitis vinifera are influencing the state’s totals. An example is Black Spanish as the uses for the grape are small with some wineries creating still dry wines and the arguably best presentation being a port-style wine.

What Should Be Grown?

When a vineyard is deciding what to grow, what should they look at? The report also includes very interesting columns for Value of Production and Price per Ton. Of course, as in most endeavors, money is important, so a vineyard may want to grow the grapes that are going to make them the most money. If that is the deciding factor, then these would be the grapes that should be grown: Gewürztraminer, Petite Sirah, Barbera, Mourvèdre, and Chardonnay.

Based on the totals of grapes being grown in Texas in 2017, the most populous grape Cabernet Sauvignon shows up as 22nd highest in price per ton. Tempranillo does better at 12th highest.

There is a look at the recent report of 2017 Texas wine grape varieties being grown. As mentioned previously, that is a start to knowing how many grape acres are being grown in Texas along with the varieties and prices obtained. To get accurate data though, it will require more participation from all the growers in Texas which means including all growers too. If the USDA-NASS is going to do this every year, then I will gladly offer all Texas Wine Lover’s vineyard data to them, so a funded organization can correctly get all the data possible.