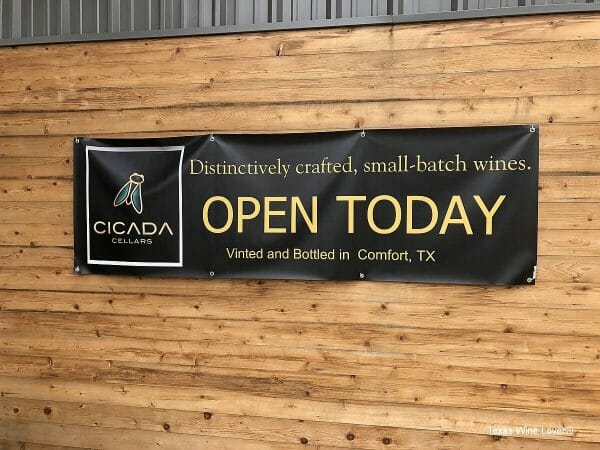 If you have driven down US 290 between Johnson City and Fredericksburg recently, you probably missed Cicada Cellars while you were rushing between wineries. The next time you drive through Stonewall – that’s the town you need to slow down that has a gas station – take a closer look and you’ll find Cicada Cellars right on 290.

We wrote about the business starting a couple years ago as it was planned to be a winery incubator to help up to four wineries start their businesses. The building was being remodeled and we wrote last year how construction was nearing completion and they were getting ready to be able to accept wineries. On a recent trip to the Hill Country, we planned to visit owner Jeff Williams to see how things were coming. We were surprised, just like I explained earlier, that a full tasting room is open and ready to sell wines to you as Cicada Cellars. 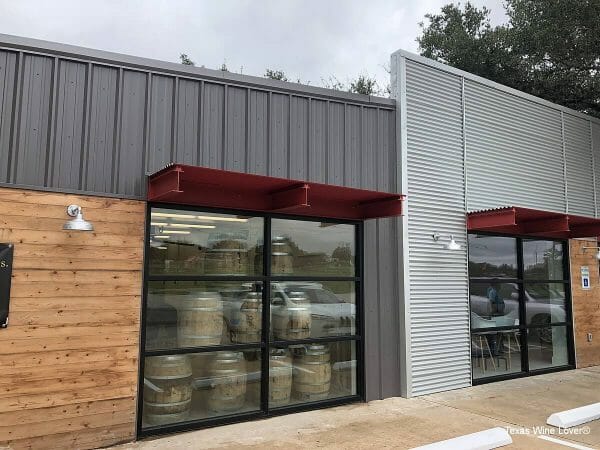 Cicada Cellars is owned by Jeff and Barbra Williams, and right now they are only open for tastings on Saturdays but can open on Fridays and Sundays for appointment-only tastings. The original plan was to be an incubator, but they decided to use the space for the moment as their own winery while they built their business slowly. This allows them to focus on bringing the best wines possible at a reasonable price. And we are talking about a very reasonable price! 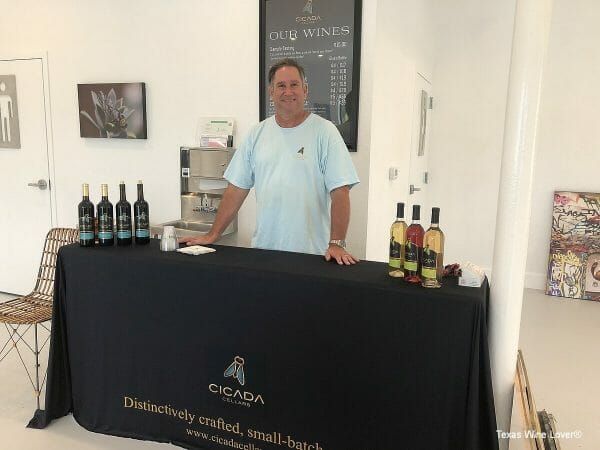 I was not expecting a tasting room, but there it was when we walked in and met Jeff Williams. There are still things to do in the tasting room like a larger tasting bar, but they are ready to pour tastings and sell their wines sourced from both Texas and California growers.

There is a tasting fee for four wines with two ounce pours of a white, Rosé, red, and one of your choice. These are the wines that were currently available:

As you can see, they did not fool around with getting some great wines!

Jeff Williams gave us a tour and explained the building is currently set up for Cicada Cellars, but they can still do other incubator wineries as originally planned with no problem. The 4,620 square feet of space has plenty of room to allow Cicada Cellars and other wineries to use the same building. 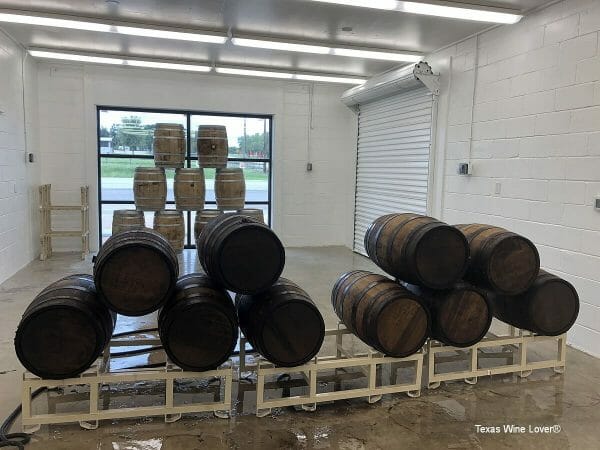 So, the next time you are slowing down through Stonewall, slow down even more and stop at Cicada Cellars. And if you are a potential winery, talk to Jeff Williams about opening up in the same space to provide even more benefit to potential customers.