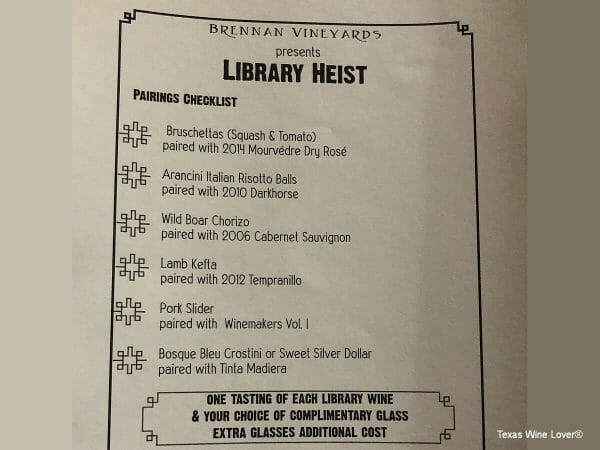 A special event happened at Brennan Vineyards on November 17th. They held their first library tasting featuring six special wines from the past. They called the event the Library Heist. As they said in a brochure advertising the event, “So often we are asked how long one should hold onto a Texas wine before drinking it? How long will it continue to improve with cellaring? As the years have gone by, the library at Brennan Vineyards has grown and it is time to share with you all what Texas wine can do over time in the bottle.”

The event sounded fantastic as we have always enjoyed Brennan Vineyards wine, so we made plans to attend. Upon arrival on a somewhat chilly evening, guests were offered a glass of Viognier on the patio of the Austin House Events Center at the winery while waiting for the doors to open.

Instructions were given to attendees that there were six library wines that would be paired with special bites. The pairings were prepared by renowned Australian Chef Roderick Pieper. Once the doors opened, people filed in saying hello to co-owner Pat Brennan greeting people at the door. 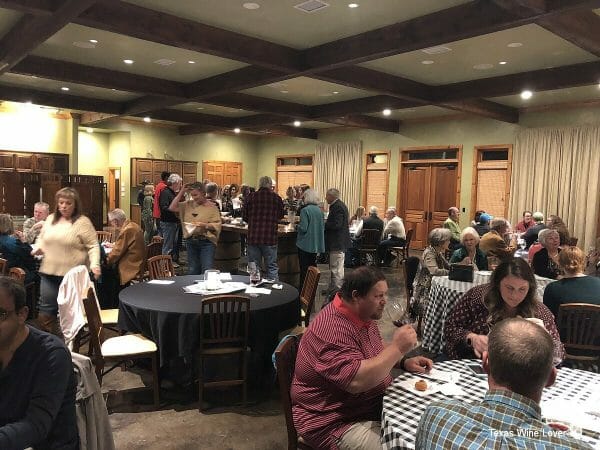 The process that was described was to pick up any wine from the six being offered, and then go to the food table to find its corresponding pairing. After doing that for all six wine pairings, you could get one complimentary glass of library wine. Extra glasses were an additional cost.

That sounded great, but I don’t think people were listening. For one thing, it sounded like you may want to work from the back of the list instead of everybody going for the same wine at once. That didn’t happen, but all was good because there were at least two wines being served at a time working down the order of the tastings. Plus, obviously you didn’t want to do a dessert wine first and then go back to a Rosé. 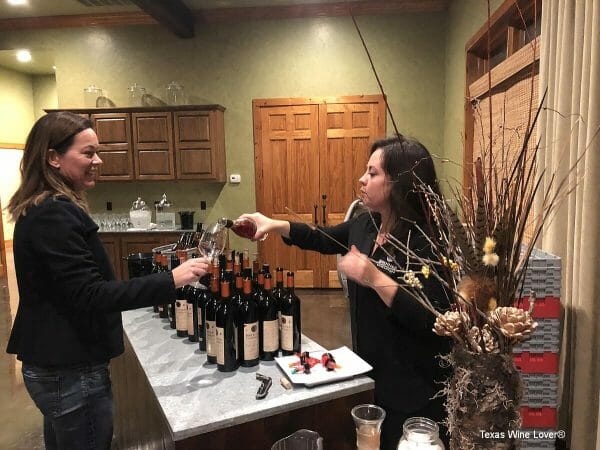 The part that guests definitely didn’t listen to with the instructions was about the food. People would go to the food table and walk away with more than one bite, and in the end, it left some people without anything until the bite was later refilled. One person sitting at our table said, “It was a free for all like a buffet.” They initially thought the staff would bring the food to you along with the paired wine. With people going to the “buffet” for multiple of the same food item instead of taking just one, it required a change in plans on what to drink and eat to pair. I saw a few people who might have had the best plan – get one of every bite and leave it at their table. Then go get the wines that paired. Unfortunately with that method, some of the food items were hot and it might get cold later.

These were the wine pairings offered:

All the food was great, and I can’t say enough about the wine. Brennan Vineyards wine has always been great, but it is amazing what a little age can do to an already great wine. 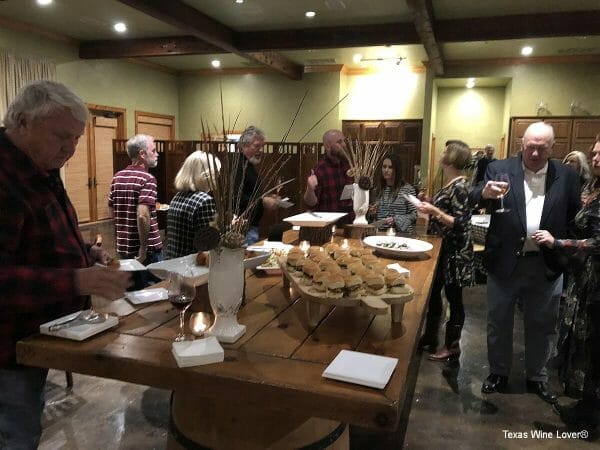 During the event, Pat Brennan along with Rebecca Conley spoke about the wines, and the Chef was introduced.

Either some people must really have been thirsty, or we are slow sippers, but by the time I got up to get my complimentary glass, the Dark Horse and Cabernet Sauvignon were already not available. People were buying wines by then, so I don’t know if there was a limit on how many bottles a person could buy, but perhaps there was a limited number of bottles to begin with. So, I settled for my third favorite of the night and enjoyed it along with the other people at my table.

At the end of the evening, we decided on which library wines to buy. I am letting them sit maybe just a touch longer in our cellar although they are definitely ready to drink now. Those bottles will require a special occasion with friends to open.

Since this was the first library tasting held in this style, I am sure Brennan Vineyards learned what to change next time. And when there is that next time, I am certainly going to try to attend!