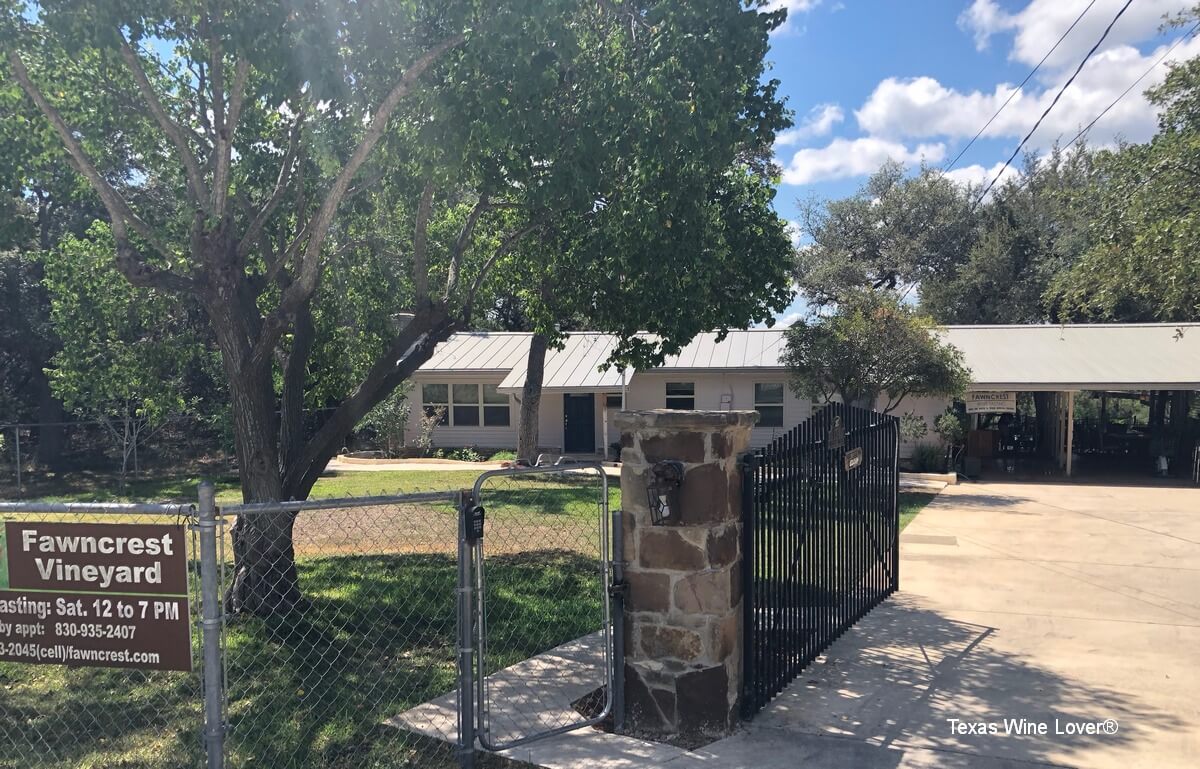 It has been more than seven years since Texas Wine Lover visited Fawncrest Vineyard on the north shore of Canyon Lake. The uniqueness of Saturday-only complimentary tastings in the comfortable confines of the owners’ home overlooking Canyon Lake still makes this an enjoyable experience even though this central Texas-located winery no longer serves Texas wine.

“We have tried Texas wines during the 18 years we have been here,” said owner/winemaker Patty McNeil about the winery that began in 1998. “However, Pierce’s Disease caused us to recently pull out 1,000 vines and replace them with 350 hybrid Cabernet Sauvignon vines that are supposed to be more Pierce’s Disease-resistant.” 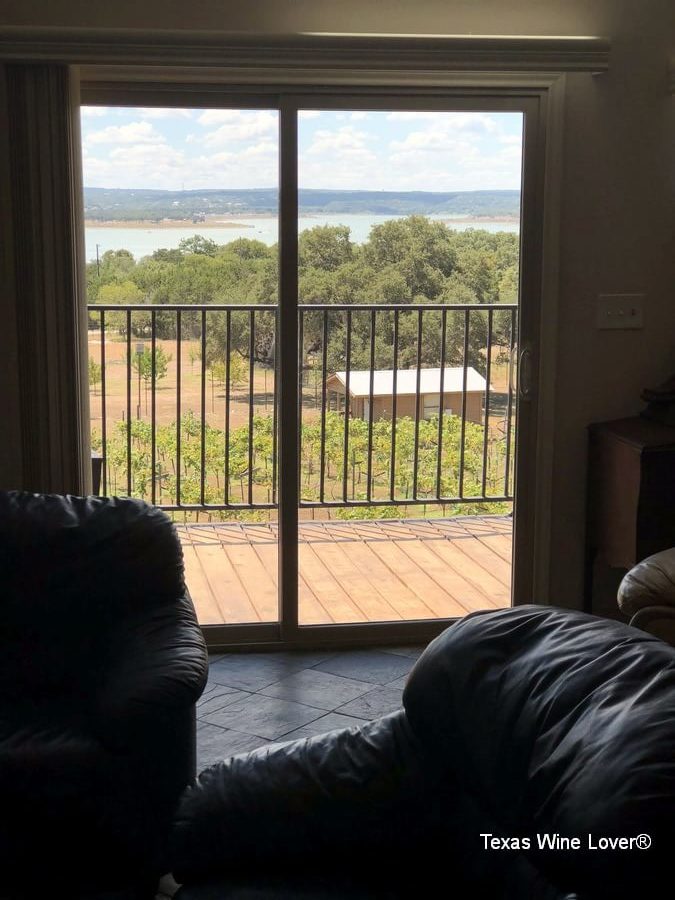 Currently, Patty and husband and co-owner Wayne use a longtime relationship with a broker to bring in California grapes for the winery’s lone white wine, and Washington state grapes for the four red wines Patty bottles on the property overlooking Canyon Lake.

“We ask our broker to get us grapes in the 23-24 brix range so that we can produce wines that, with the addition of minimal sulfites, will bottle at 13-14% alcohol,” Patty said.

Those wines were poured by Tasting Room Manager Alyssa in approximately one ounce servings from bottles that were uncorked to my wife Phyllis and me, and two other groups while we were seated in Patty and Wayne’s den enjoying views of the small vineyard and Canyon Lake on the Saturday before Labor Day. 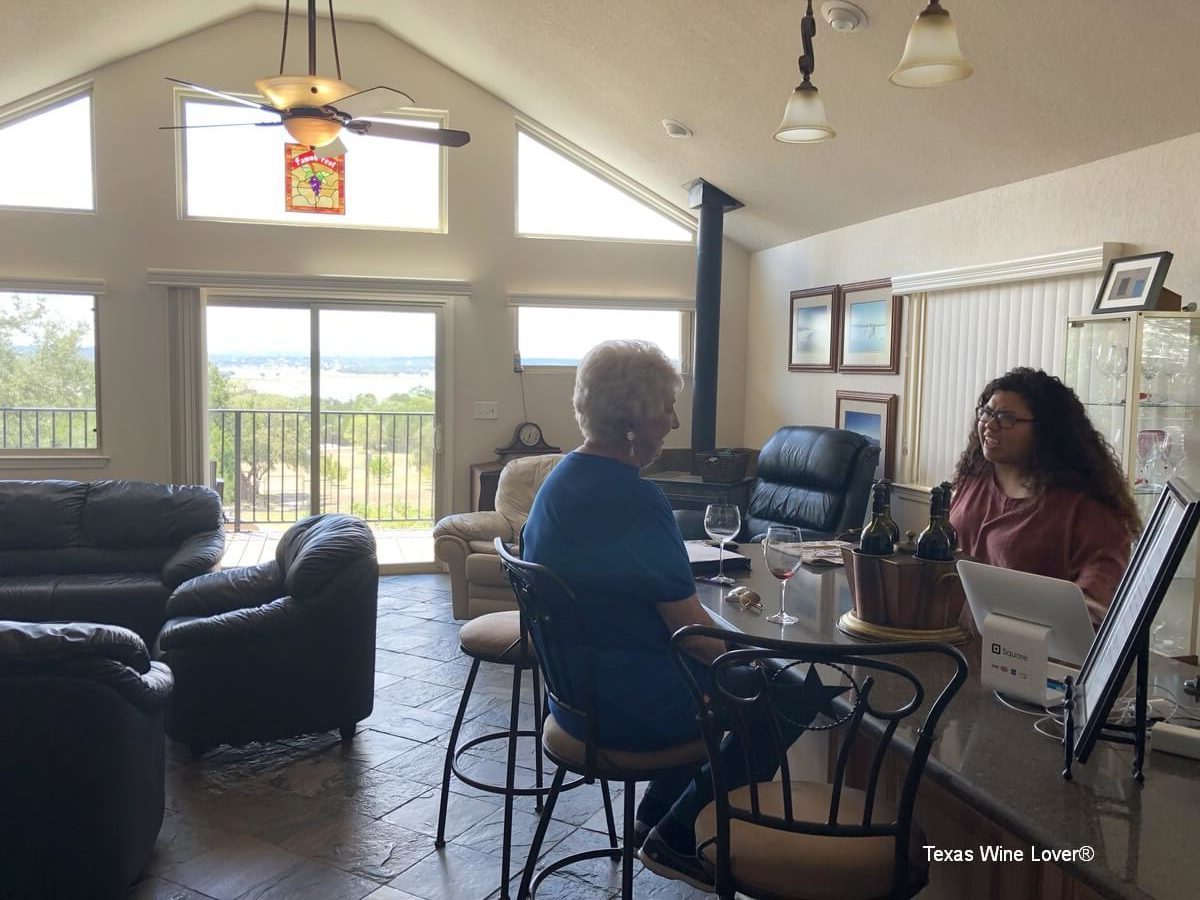 “We are a ‘Mom and Pop’ operation,” explained Wayne. “We hope that our tastings will be a good experience that will cause time to stop and the tasters to become friends of ours and our wines.”