On Saturday, September 8, Grapevine’s 32nd Annual GrapeFest – A Texas Wine Experience, will open festival week with the Texas Wine Tribute. The black-tie gala is a prestigious annual Texas wine industry event and features the presentation of the “Tall in Texas” award. This honor is given to a Texas winery in recognition of the winery’s leadership role in the dedication to, support of, and promotion of the Texas Wine Industry. The 2018 recipient of the “Tall in Texas” award is Haak Vineyards & Winery of Santa Fe, Texas. 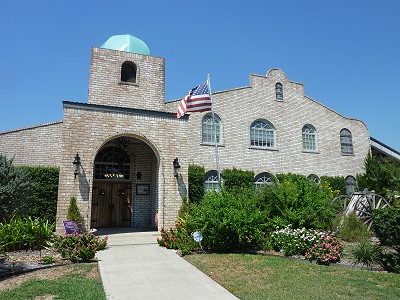 Haak Vineyards & Winery is owned by Raymond L. Haak who is also the winemaker. Haak was born on Galveston Island, graduated from Santa Fe High School, and holds a Bachelor of Science in Electrical Engineering from the University of Houston, class of 1969. He and his wife Gladys married in 1959 and are the proud parents of five daughters. Before entering the wine industry, Haak worked as an Instrument Engineer and he was a Registered Professional Engineer in the state of Texas for more than 35 years.

After receiving a gift of two grapevines from his wife in 1969, Haak began growing grapes. Those two grapevines soon developed into purchasing an additional 40, and gave rise to what is now Haak Vineyards & Winery in Santa Fe, Texas. In 2000, after many years of research and experimentation, he and his wife Gladys, built a state-of-the-art winery, also in Santa Fe. The winery consists of more than 25,000 square feet, including a tasting room, gift shop, and 1,800 square foot cellar which is used for aging and fermenting their premium wines, and a covered 6,000 square foot special event pavilion where various concerts, weddings, and events are held throughout the year. The winery produces 20 different styles of wine including seven different wines from the Blanc du Bois grape, including Cabernet Sauvignon, Tempranillo, Malbec, Merlot, Vintage Ports, and Madeira dessert wines. Haak Vineyards & Winery is the first and only commercial winery in Galveston County, Texas.

Over the years, Haak has also worked very closely with Texas A&M University’s AgriLife, in the development of the standardization of working with Blanc du Bois, as well as the Black Spanish grape, also known as Lenoir or Jacquez. He has also mentored many winemakers and others within the Texas Wine Industry and served as a Regional Director of the Texas Wine & Grape Growers Association (TWGGA), as well as serving on many of the TWGGA’s committees. 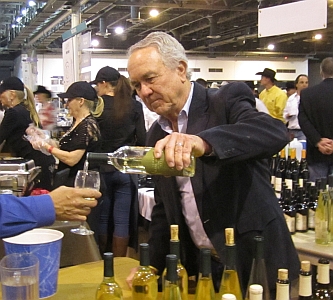 Haak has earned a national reputation for the production of Blanc du Bois and is easily considered a Texas pioneer in wine production with this variety. The variety is resistant to Pierce’s Disease and was developed by the University of Florida and grows very well in the coastal region of Texas. Haak, in partnership with Jerry Watson, a grape grower from Cat Spring, Texas, developed a standard production model for how to produce Blanc du Bois. Haak has also earned an international reputation for the production of Madeira wines. He has studied in Portugal, eventually returning to Texas to build a temperature controlled production facility, specifically for the production of Madeira wine. Haak Vineyards & Winery was the first winery in Texas to win awards for Madeira wine. The winery is one of the most awarded and recognized wineries within the state of Texas.

Each year, an industry panel consisting of academic scholars and Texas wine leaders selects the recipient of the “Tall in Texas” award. The panel members are:

Proceeds from the Texas Wine Tribute benefit Metroport Meals On Wheels. The Texas Wine Tribute reception and silent auction will begin at 6:30 p.m. with dinner at 7 p.m. on Saturday, September 8 at the Grapevine Convention & Visitors Bureau’s Grand Hall, 636 S. Main St. Tickets are $125 per person. The 32nd Annual GrapeFest – A Texas Wine Experience, presented by Bank of the West, will take place September 13-16 in Historic Downtown Grapevine.

For tickets or more information about the Texas Wine Tribute or the 32nd Annual GrapeFest, call the Grapevine Convention & Visitors Bureau at 817-410-3185 or visit www.GrapeFest.com.