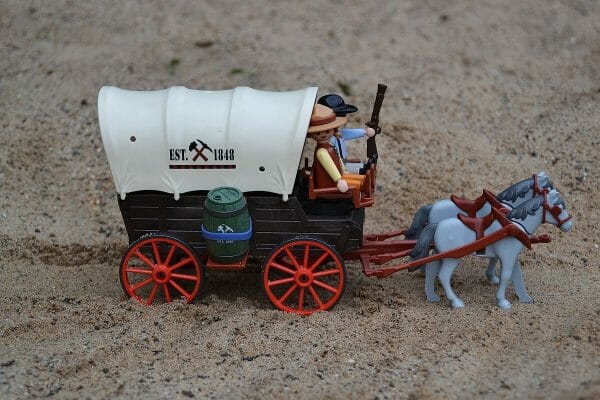 You may have heard the phrase, “Go West, young man” often credited to the American author Horace Greeley. It seems that is true even in Texas as most people head west to the Texas Hill Country where the majority of wineries are located. I am here today to give the new phrase “Go East, young man” and you can credit me here.

It’s true that the majority of wineries are in and around the Texas Hill Country, but there is that often forgotten location in East Texas that also holds some very worthy wineries. Unfortunately, you may have to drive a little to enjoy the wineries instead of having them one after the other, but the trip is definitely worth it. In fact, from Houston, a lot of East Texas wineries are closer than those in Fredericksburg. And coming from Dallas, it is even a shorter drive.

Gloria and I somehow have an effect on people getting them turned on to Texas wine, and her brother and sister-in-law are no exception. They have become such Texas wine enthusiasts where they have and still are members of multiple Texas winery wine clubs. During a recent trip while Gloria’s sister-in-law was out of the country, we took advantage of the time and showed her brother, Lucho, what they were missing in East Texas.

Unfortunately, we only had one weekend to make our road trip, and like I mentioned, there is often quite a bit of traveling between wineries in East Texas, but we still did our best in two days.

First up coincidentally, was an event on the same weekend we were going to East Texas at Kiepersol called Waking of the Vines. The winery and distillery open at 11:00 a.m., and to take as much advantage of time visiting wineries as possible, we made sure we arrived when they opened.

We headed first to the distillery and showed Lucho the bourbon, vodka, and rum they made. He enjoys vodka, but never had one made from grapes, so he was definitely enthusiastic at trying a shot of the vodka. I didn’t want him to feel alone, so I joined him. (What a nice guy.) We all then enjoyed a cocktail made by the knowledgeable mixologists. It was now time to walk next door to the winery. 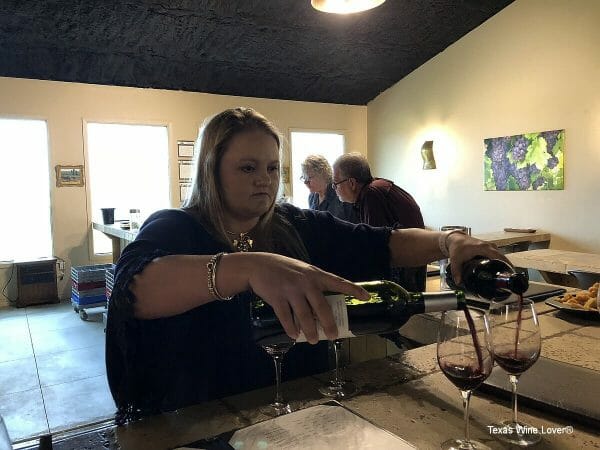 At the winery’s tasting room, we met co-owner Marnelle Durrett, who welcomed us to enjoy a tasting poured by herself. The winery recently has come out with new wines that are bourbon barrel aged (their own bourbon barrels of course), in addition to Reserve wines from their best vines. You could tell Marnelle had poured wine for people before, because she was an expert at pouring two wines at once, while we tried the bourbon barrel wines with their counterparts. These were some of the wines we tried:

It was a wonderful tasting and it was nice to see the winery expand even further in helping lead the Texas wine industry. The Waking of the Vines event was great with mariachis, food, and of course wine. We could have stayed at the event all day, but other wineries were calling us.

Next up was a new winery to us, Valle della Pace. I had previously met the owners Don and Andrea Clark at another event, so it was nice seeing Don again as he led us through our tastings. For being a fairly new winery, it was nice seeing almost 100% Texas wines, including a number of estate wines such as Blanc du Bois and Shiraz. Look out for this winery in the future! 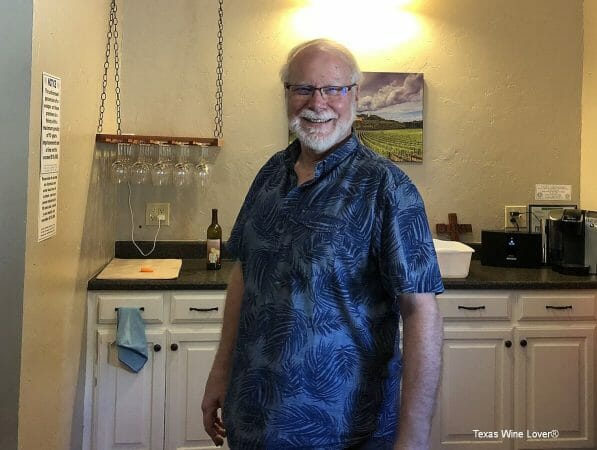 It was getting close to dark, and we wanted to find the bed and breakfast we were staying at for the night in Pittsburg. It turns out after researching places to stay, this particular bed and breakfast called the Holman House, was actually a site for reported hauntings. Oh good! Gloria especially likes scary things, so I was hoping we would get to see a haunting that night. In fact, the house was used as the set for a horror movie called Unwanted. We’re going to have to put it on our list of must-sees when we get the chance. We checked into the B&B and then headed to our next winery, Los Pinos Ranch Vineyards. 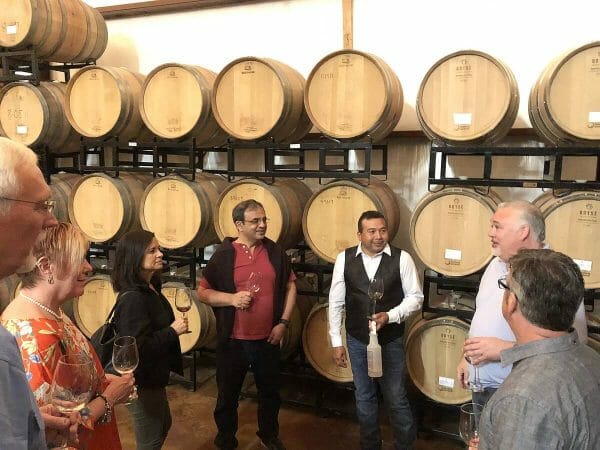 People were waiting for us at Los Pinos including co-owner Gerald Jones with his wife Lesa, and winemaker Arnulfo Perez. They had a tour lined up for the group of us of the production facility. Joining us on the tour was Matt Lipton, who helps Arnulfo make the wine, and co-owners Perry and Diane Wilson. 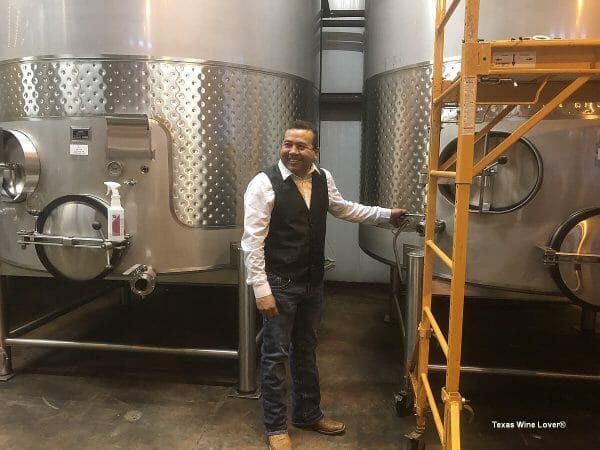 We tasted a number of wines from the tank and barrel. Some of them were:

There were a lot of laughs and a number of comments made throughout the tour. For example, at one point during the tour, we learned that Arnulfo is called the “Grape Whisperer.” Matt Lipton mentioned since Los Pinos was further away from most wineries, that, “You have to want to be here.” Even Lucho later came up with, “It’s 9:00 and I’m still here (the winery hasn’t closed).” 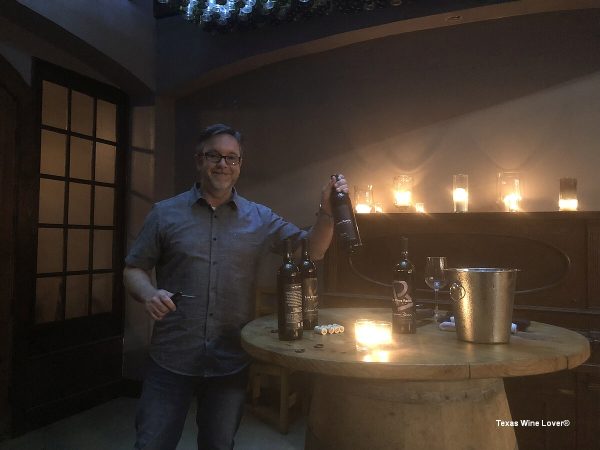 After a short tasting of finished wines, we made our way out to the patio to enjoy a nice dinner while listening to the live jazz. Thankfully the weather had cooperated even though jazz is played regardless of the weather. We got the chance to meet Chef Stephen and it definitely was a wonderful meal.

After some dancing by Lucho and Gloria to the live jazz, and getting close to closing time, it was time to say goodbye to our friends, and head back to the B&B. Did we get a haunting? Well for some reason, we all slept through a thunderstorm and didn’t hear a thing. Something could have happened, but we wouldn’t have known.

We enjoyed a wonderful breakfast at the B&B and left for our only winery visit planned for the day, Enoch’s Stomp. We arrived soon after they opened and each of us decided to do a tasting. Tastings are still served in five 1-ounce miniature bottles. These were the choices available:

We were a little surprised that the tasting bottles were pre-filled, even from the day before, and stored in the wine cooler. It certainly makes it easier for the tasting guides, but you could still be tasting day or older poured wine. 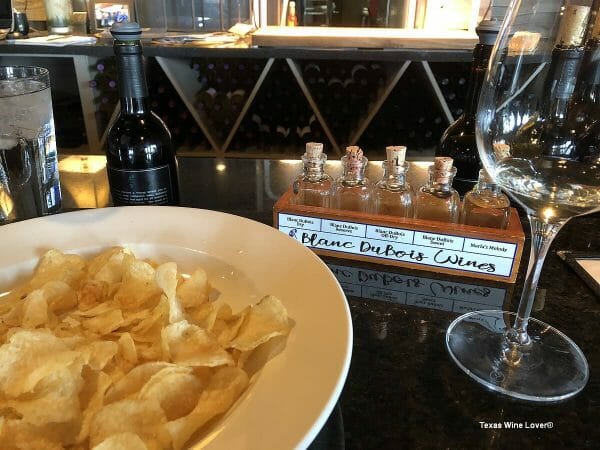 Enoch’s Stomp has a large restaurant menu, and even though we had all eaten a few hours before, we bought some small bites to enjoy during our tastings.

It was time to make the trek home, and on our way home, we could not help but think we need to visit East Texas and the other wineries there more often.