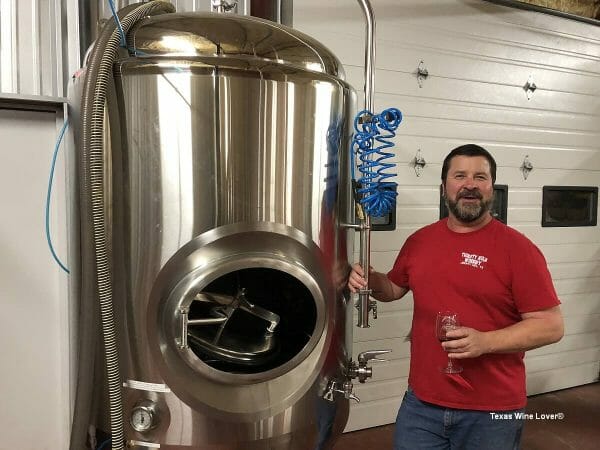 The Thirsty Mule Winery & Vineyard opened in 2015 by owners Dan and Becca Marek, but they first opened Georgetown Winery in 2007.

I was a judge last year at the Houston Rodeo Uncorked! International Wine Competition and then the following weekend at the Texas International Wine Competition (TXIWC). When I saw Dan Marek judging at TXIWC, I had to ask about his wines, since they have been winning awards at recent wine competitions. I saw this in practice at TXIWC when the organizers made sure not to put Dan in panels where his wines were being judged.

Dan said all the wines from Georgetown Winery and Thirsty Mule are being made in the large production building at the Thirsty Mule Winery. In 2017, they produced over 8,000 cases for both their wineries, and close to 1,800 cases for custom wines for other wineries. Some of the recent award-winning wines are fruit wines, and he said those wines are made from real fruit.

I was intrigued, so Dan invited me to stop by the Thirsty Mule next time I was in the area for a tour of the production area. On a trip to the Hill Country in January with Gloria’s brother Lucho and sister-in-law Patricia, we made a point to be in the area. Thankfully, Dan was at the winery when we arrived near closing time. This freed up Dan, and we began the short walk to the production building. 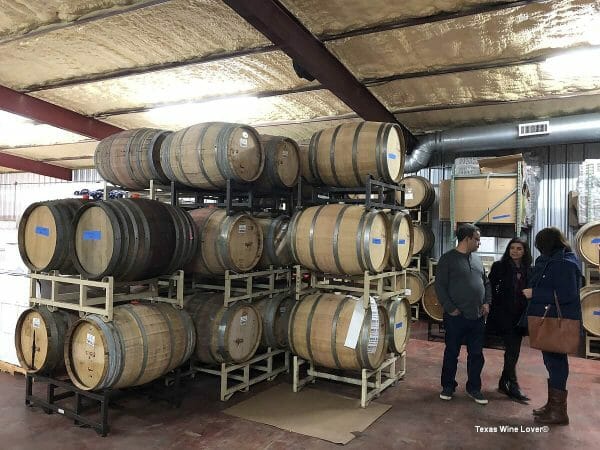 Before we started, Dan explained that the building will be expanding even more for additional space, particularly for a future project. There a number of wine barrels inside the front of the building on both sides. Some of the barrels were from reWine Barrels which sells refurbished barrels at a cost less than brand new barrels. 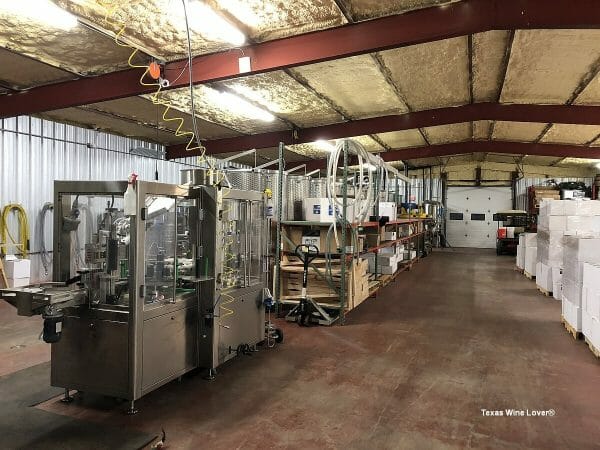 Along one side of the building is case storage of finished wines, while the other side of the building houses numerous stainless steel tanks in different sizes including 16,000 gallon tanks. We walked past the bottling machine, and down the row of tanks to the very end. Our hopeful goal was to try some wine from the tank, and Dan did not disappoint. 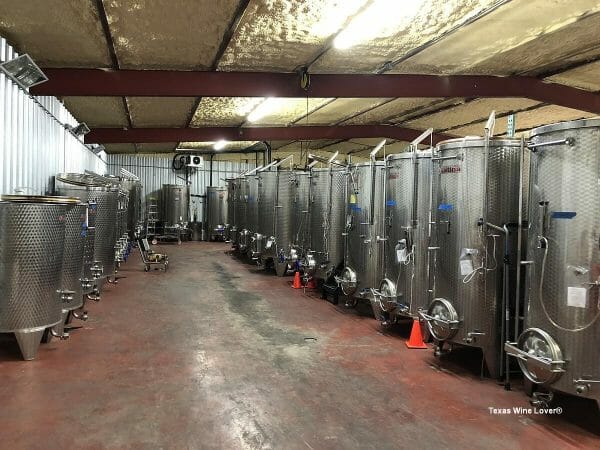 What surprised me was that Dan has a Charmat Method tank system set up to make sparkling wine. To my knowledge, this is only the second winery in Texas to have one. Most sparkling wines get sent out of Texas to be made, and then shipped back to the winery when complete. He described how he makes sparkling wine along with how the sparkling wine bottles are filled. 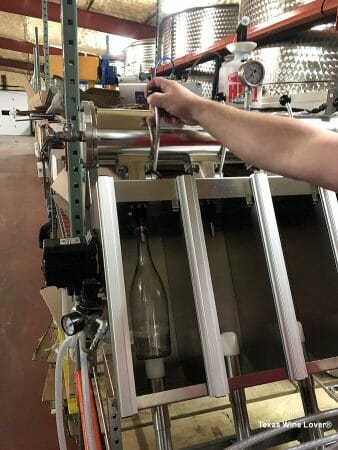 We tried a few wines from the tanks, but the one wine that Patricia still raves about today was the Petite Sirah. She will be ready to buy some bottles of that when it is released!

It had been an educating tour of the production facility with Dan Marek, and I can now see why his hard work (and expenses) shine through with his award-winning wines.