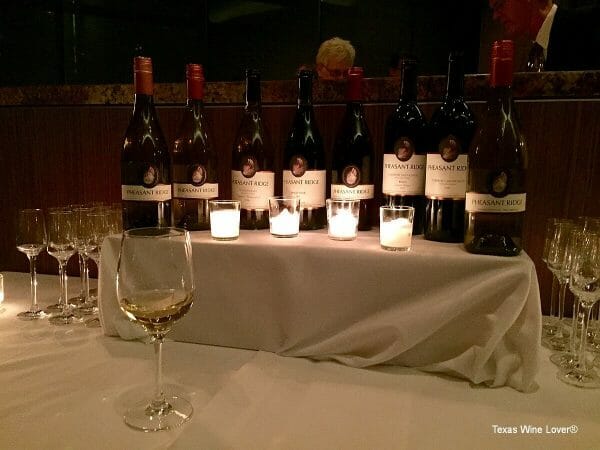 I received a lovely surprise text invitation the other day. Bobby Cox of Pheasant Ridge Winery just north of Lubbock, wanted my husband, Shelly, and me to join him and his wife, Jennifer, as their guests at the Pheasant Ridge Wine Dinner at Grace Restaurant in downtown Fort Worth. I read previously about the dinner when it was posted on Facebook, and was proud that Pheasant Ridge would be involved in such a fabulous dinner event. So, when Bobby invited us, I jumped on the chance and excitedly accepted. It would be fun to attend as his special guests. 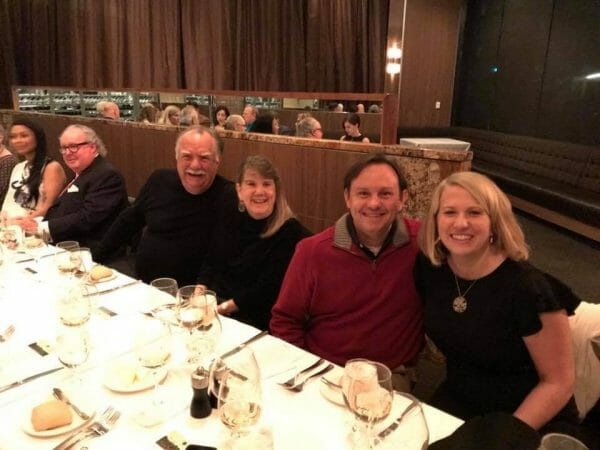 I chose my dress and planned on picking Shelly up after work on the way into Fort Worth. We arrived a little early, and sat at the bar for a quick cocktail before dinner. We spotted Bobby and Jennifer as they arrived, and they joined us for a glass of bubbly. It was great to visit and catch up with them for a few minutes. The host of the restaurant let us know the room was ready and we could join the other guests as they arrived.

The wine being served as guests arrived was the 2015 Old Vine Dry Chenin Blanc. Chenin Blanc is for sure one of my favorite white wines and Pheasant Ridge is at the top of my favorite producers. The servers were quick to pass a variety of canapes. Shelly enjoyed the chicken fried lobster, and I really enjoyed the chicken salad on rye toast. The fried cheese “lava ball,” while very tasty, was very hot and slightly difficult to eat and enjoy, so we stuck to our personal favorites. 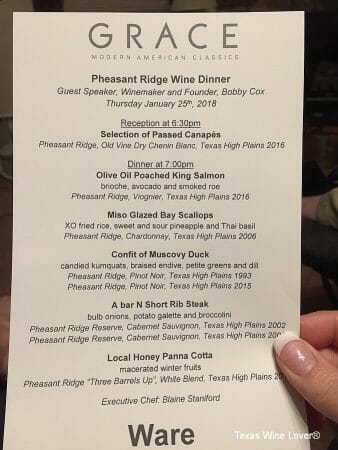 After all the guests had arrived, we were invited to find our seats. The long table was beautifully addressed, and we quickly found our names and introduced ourselves to our seatmates. The servers were quick to pour the first wine: Viognier (Martin’s Vineyards, Texas High Plains, 2016). I ended up sitting next to Sean Martin, whose father owned Martin’s Vineyards. I very much enjoyed our visit throughout the evening. The first course “Olive Oil Poached King Salmon served with a brioche, avocado, and smoked roe” was served. As I don’t care for seafood/fish, I passed mine over to Shelly and he enjoyed it twice, but I totally enjoyed the wine!

The next course was “Miso Glazed Bay Scallops with XO fried rice, sweet and sour pineapple, and Thai basil.” My vegetarian (read “non-seafood”) dish was absolutely stunning, and I have no idea what it was in order to describe it, but it went together well with the 2006 Chardonnay. This was a 12 year old Chardonnay from the High Plains, and the color was a lovely light caramel. The flavor was a creamy apricot, but as I kept drinking, it turned into a luscious apricot cobbler. I enjoyed this wine so much I really didn’t want to move on, and since I forgot to order wine at the event, I need to get some ordered.

The next course was “Confit of Muscovy Duck with candied kumquats, braised endive, petite greens, and dill.” Two Pinot Noir vintages were offered with this course, 1993 and 2015. Bobby explained the main difference was the 1993 year was warm while the 2015 year was cooler. It was discussed that the warmer weather of the 1993 was the challenge. Both wines still had plenty of fruit, but of the two, I think I favored the older one. The pairing was very interesting and probably one of my first experiences eating duck. 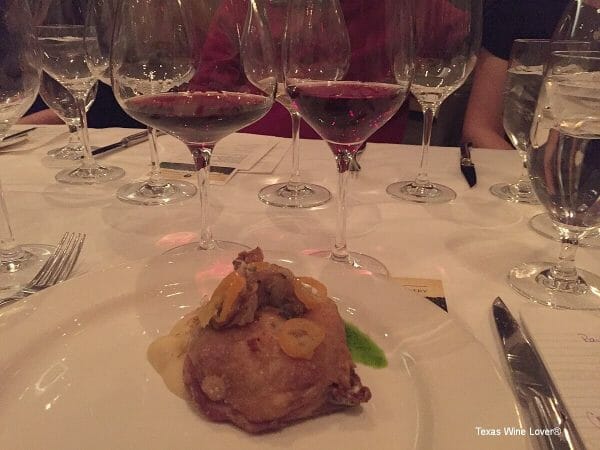 The next meat course was “A bar N Short Rib Steak, bulb onions, potato galette, and broccolini.” This scrumptious dish was exquisitely paired with both the 2002 and 2006 High Plains Cabernet Sauvignon. The Wagyu beef rib steak was cooked for three days being held at a temperature of 131 degrees. That allowed the steak to become super tender with amazing flavor. The Cab Sauvs were full of fruit and flavor and were over the top amazing.

The final course, a dessert pairing, was “Local Honey Panna Cotta with macerated fruits” which was impeccably paired with “Three Barrels Up,” a full, fruity white blend of Viognier, Chenin Blanc, and Semillon that finished with a touch of sweetness. The Panna Cotta was decadent and creamy and was totally set off by the light pear flavor in the wine. This wine belied its 13% ABV. 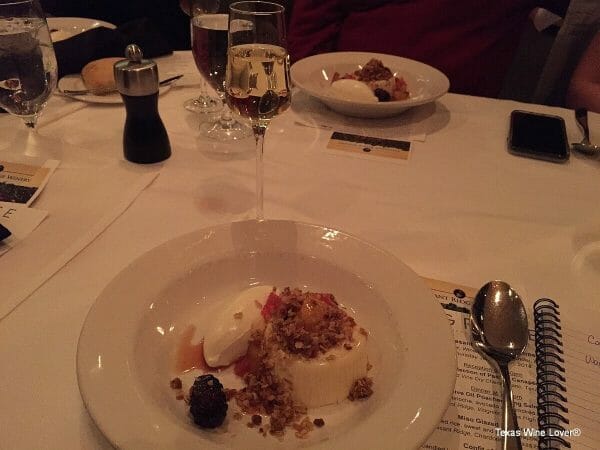 This concluded the evening, and many people ordered wines and I made plans to connect with Sean Martin and his father at the Grape Growers convention in February, as well as Bobby. This was a fantastic evening for sure!