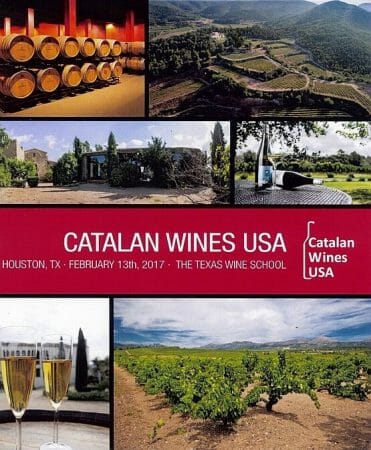 You probably have heard of or at least tried Cava before, a fantastic sparkling wine. You may even know it is from Spain and from around the Barcelona area. What you may not know though is, there are a lot more wines than just Cava being produced in Catalonia.

I was invited to a tasting of Catalan wines recently from Catalan Wines USA who has been doing road shows in cities across the U.S. showcasing the spectacular wines, and also hoping to impress importers and distributors to bring the wines to the U.S. so other wine lovers can enjoy them.

Catalonia is an autonomous community in the northeast of Spain that consists of four provinces: Barcelona, Girona, Lleida, and Tarragona. The capital is Barcelona. Wine has been a part of Catalonia for over 2,300 years, and today there are twelve Designations of Origin (DO) producing a diverse style of wines. One appellation you may have heard of is Priorat which is the second most popular behind Cava. However, Priorat is actually very small compared to the other DO’s in Catalonia.

In Catalonia, there are over 10,000 winegrowers and around 850 wineries. The vineyards are around 65,000 hectares (about 160,000 acres). 70-75% of the production comes from white varieties. Catalonia is the leader of total sales in Spain with 23% of the wines being sold. Exports count for 46% of the total production, and the U.S. is Catalonia’s fourth most important export market. 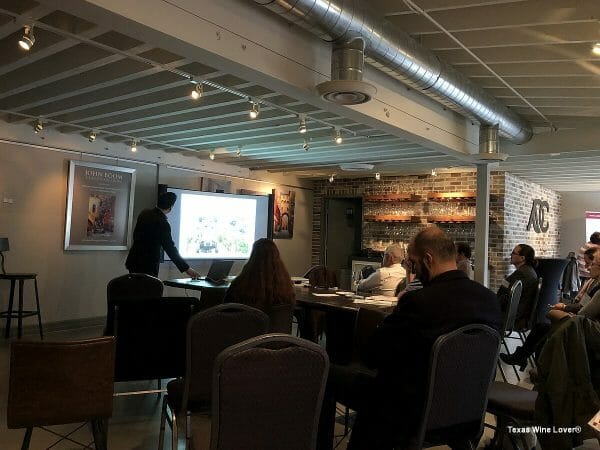 After an instructional class of Catalonia led by Lucas Paya, we were led into the next room where ten wineries from eight of the twelve DO’s were pouring their wines.

These are the wineries who were present and pouring three wines each:

The only DO’s not represented by a winery were Alella, Pla de Bages, Tarragona, and Terra Alta.

The most popular grapes used in Cava are Xarel-lo, Macabeu, and Parallada. I tasted some wonderful Cavas, and other white wines produced from the grapes Chardonnay, Viognier, White Grenache, Malvasia, Muscat, and Picapoll (better known in Texas as Piquepoul or Picpoul).

Some very nice Rosés were made from Pinot Noir and Sumoll, the latter being a grape new to me. 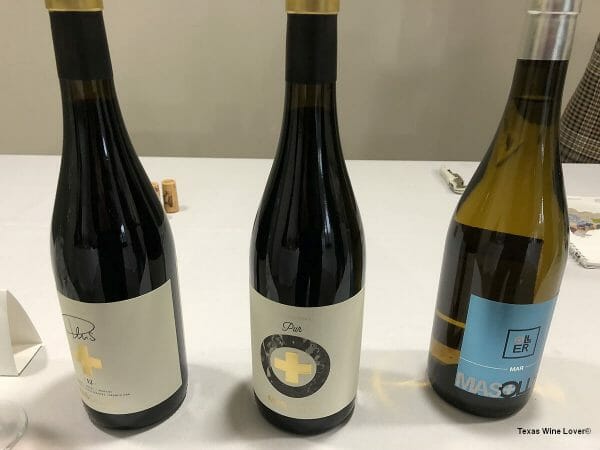 I then went around the room again to taste the red wines. The red wines were outstanding, and the red grapes used were Grenache, Carignan, Syrah, Cabernet Sauvignon, Merlot, and Tempranillo.

I made a list of the wines I enjoyed the most, and unfortunately, none of them are being offered in the States yet. Let’s hope the education from Catalan Wines USA is successful, so everybody can enjoy these wonderful wines.