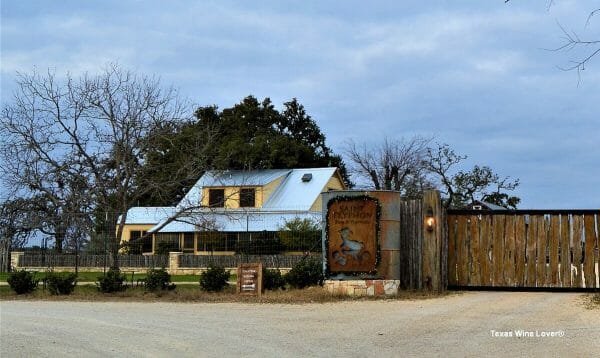 Saint Tryphon Farm & Vineyards is owned by Silouan and Mary Elizabeth Bradford. They purchased the land in 2013 with plans to monetize the property which would include horses. They made friends among Texas winemakers and grape growers. Silouan started making wine, expanding from small batches. In 2016, they planted Blanc du Bois on their property and started working towards opening a tasting room. Sean and I went to visit during the soft opening in January. By the way, Saint Tryphon’s Grand Opening will be held February 1st.

On our way, we got a little lost—we were not the only ones. Google maps kept sending us to Wasp Creek Ranch Road, which is not far from Wasp Creek Road where the winery is located. Once we got service back, we quickly and easily found our way. We snaked up along a road, and as we reached the end, we found Saint Tryphon Farm and Vineyards. (Tip: Always prepare your trip in advance using the Texas Wine Lover’s winery map) 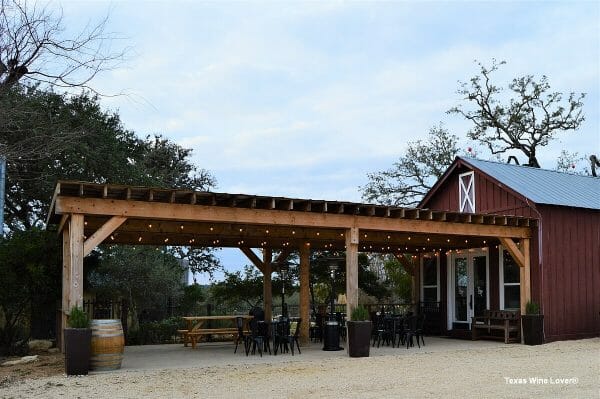 The tasting room is a cheerful place. Guests can sit and enjoy a glass of wine in the front, which oversees the vineyard. The small tasting room opens up and feels much larger than it appears. High ceilings and an open floor plan help. Tables set for tastings run parallel to the walls, leaving the center open. 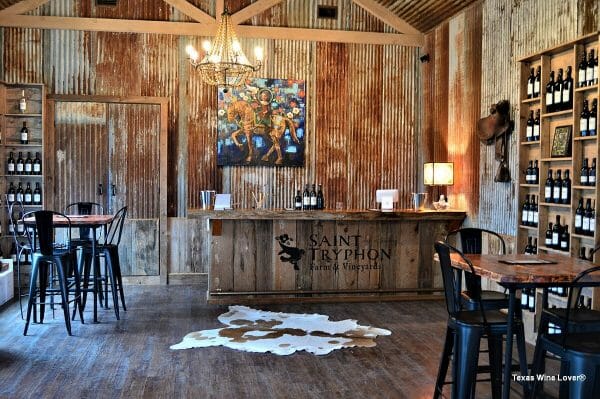 During our visit, we were the only guests at the time—it was late in the afternoon and a bit dreary. For now, tastings are by appointment, and during the soft opening in January, they limited the number of appointments and guest size. 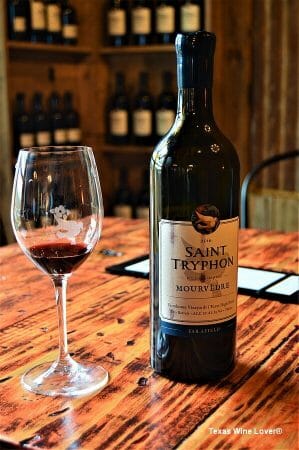 We lounged at the bar, where Silouan led us through our tasting. The leisurely tasting offered opportunity to continue learning about the winery and its future.  We tasted through the four currently available wines. 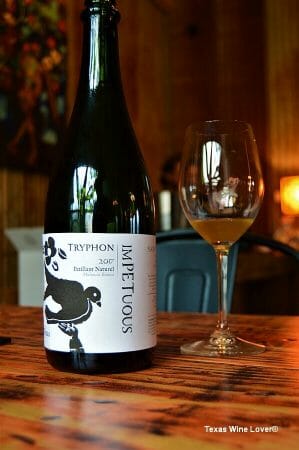 The next wine set for release is a Mourvèdre Rosé, which they will serve at the 2018 Texas Wine Revolution on April 22, 2018. A few other wines will be released in March. 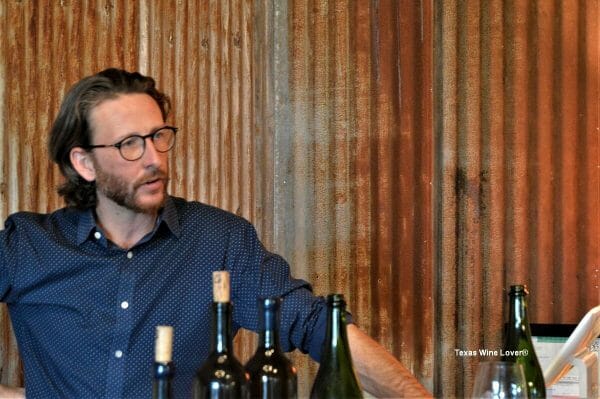 Getting to this point was not easy. The road to the winery was long and winding, much like the roads through the Hill Country. It started with an unplanned trip to Napa. Silouan and some friends went to San Francisco. Looking for a place to crash, they ended up at a friend’s house in Napa. Here, Silouan tasted a Chardonnay that would change his view of wine.

Before wine took over his life, Silouan first finished his degree in English. He found his way to the University of Texas at San Antonio—incidentally, I just started teaching there just before he graduated. Like many of us Roadrunners with English degrees, Silouan searched for a job. He found one at H-E-B, where he worked in the wine department. That led to a job with the distributor Republic. Wine changed from an interest to his life.

From there, the Bradfords worked towards buying land, and Silouan became more invested in wine. He met Lewis Dickson of La Cruz de Comal Wines. Dickson’s mission of making natural wine appealed to Silouan, especially the idea of letting the natural process take control. This influenced the winemaking style of Saint Tryphon. For the most part, wines are wild fermented and allowed to develop on their own time; Silouan does not add anything and leaves the finished wines unfiltered.

Dickson would continue to aid the development of Saint Tryphon. Cuttings (acquired in 2014) from his vineyards comprise much of the Saint Tryphon estate vineyard, and much of that is Blanc du Bois. Right now, the first estate vintages are planned for 2018. To fill out the portfolio, Silouan started making connections with growers from the High Plains. One of the first supporters was Katy Jane Seaton of Farmhouse Vineyards. The current portfolio mostly consists of wines made from Farmhouse Vineyards grapes.

A busy and bright future awaits. New wines are not far away. New contracts with High Plains growers will help to expand the portfolio. With the support of friends and family, Saint Tryphon Farm & Vineyards can only thrive. Check their website to find out more and schedule an appointment before their Grand Opening.