At Texas Wine Lover, we have tested a number of wine accessories from bottle openers to wine aerators to safe bottle travel products, and more. Most of the time we have good luck with a product review, but rarely have we been astonished at the results of the review. 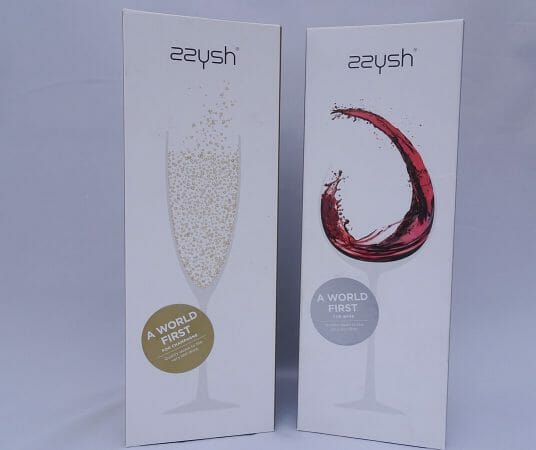 Today we review the zzysh (pronounced zish) wine preservation system. The concept behind the product is to preserve your opened wine to ensure it tastes just as well the next time you pour a glass of wine. There are actually two zzysh products, one for wine and one for Champagne. When we first saw the product, we were eager to try it as the claims sounded too good to be true. 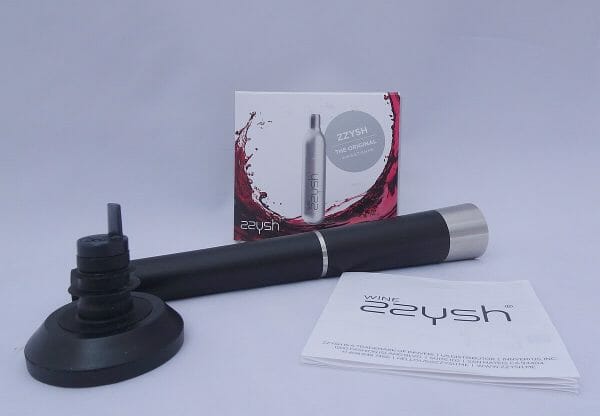 Zzysh first started in 2009 from the entrepreneur and founder Manfred Jüni, whose vision was to create a product able to preserve the taste and freshness of food and beverages in a simple and easy way. The product is based in Switzerland which explains why the English instructions are in the middle. 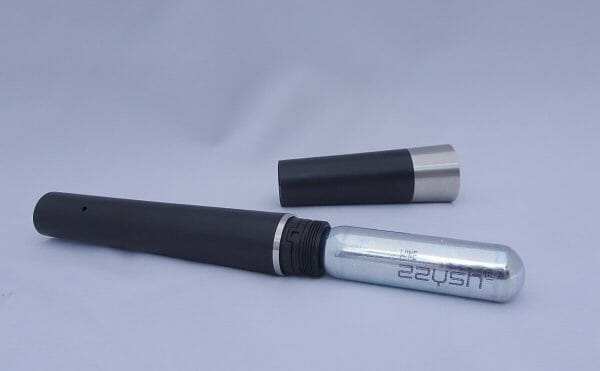 The wine preservation system is designed to preserve the flavor, color, and fizz by sealing and replacing the air inside the bottle with a pure protective gas. For wine, the inert gas argon is used and for sparkling wine, argon and CO2 is used. The combination of the two gases prevents oxidation and inhibits the loss of carbon dioxide. 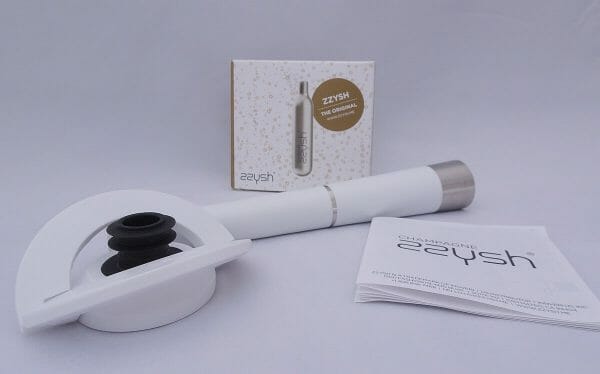 Upon receiving the two products, the next decision was how to effectively and fairly test them. Since other preservation systems are good for maybe three to five days (the exception being Coravin), we decided to test zzysh for two weeks. The instructions just say “weeks” so we decided to be generous with two weeks. 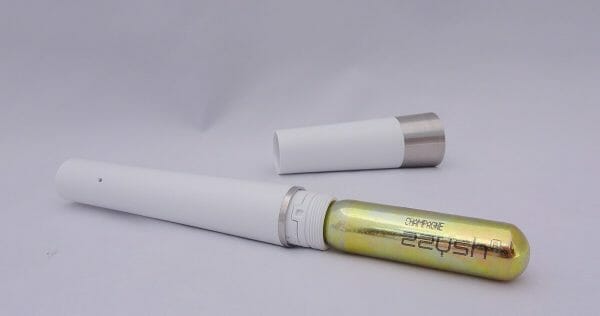 The next challenge was to have two identical bottles of both still wine and sparkling wine. We took a trip to the store and solved that issue. Then we decided how to test. Instead of giving either wine that we opened an advantage of air, in the case of red still wine, and a disadvantage in the case of the sparkling wine, we decided to open and preserve each wine as fast as possible. That would leave one unopened still and sparkling wine, and one quickly preserved wine.

Preserving a bottle of wine simply requires inserting the stopper, and then pressing down on the handset to insert the gas into the wine bottle. Holding it for about four seconds until the sound of gas stops is all that is needed. We preserved both still and Champagne bottles on the same date, and then patiently waited. 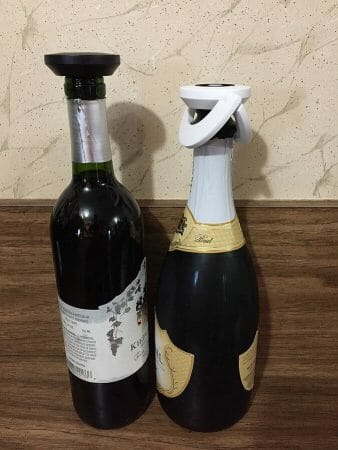 Once we were to open the preserved and unopened bottle of a particular wine, that meant we would have to consume both bottles. (This was just more than a test you know!) It was decided four bottles at once would be too much, so we opted for the two red wines first.

The preserved red wine was stored in the bottle for 19 days, a little longer than the 14 days we had planned. We opened both preserved and unopened bottles and then began a taste comparison. After going back and forth, neither one of us could determine a difference in the taste of the wines. Okay, this was going good, but a red wine could be easier to taste the same than a sparkling, which was going to be the real test.

We waited again and then two days later, which would be 21 days (three weeks) being preserved, we tested the sparkling wine. If you have ever opened a sparkling wine and then used a Champagne stopper to preserve it for the next day, you will know that usually it holds up for maybe one day, but not much longer than that as the sparkling bubbles dissipate. This was going to be a real test for three weeks later! 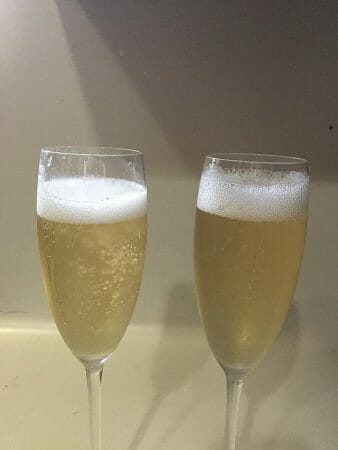 Left is unopened wine and right is the preserved wine

The negative thing about the zzysh wine preservation system along with products like the Coravin, is they require gas capsules which need replacing. This means you have to keep buying new ones as they get used. A zzysh capsule lasts approximately 6-8 uses. You can purchase a pack of five wine gas capsules or sparkling wine gas capsules.

The only other thing about using the zzysh wine preservation system is the wine bottles while being preserved should be stored upright. Oh, the other thing to be careful of, which is what I was guilty of, is to be aware these are gas capsules. Of course, I was doing a review and wanting to inspect everything, but after you first use a gas capsule on a bottle of wine, do not unscrew it from the handset. The capsule has been punctured open and all gas will then escape. We learned the hard way not to do that again.