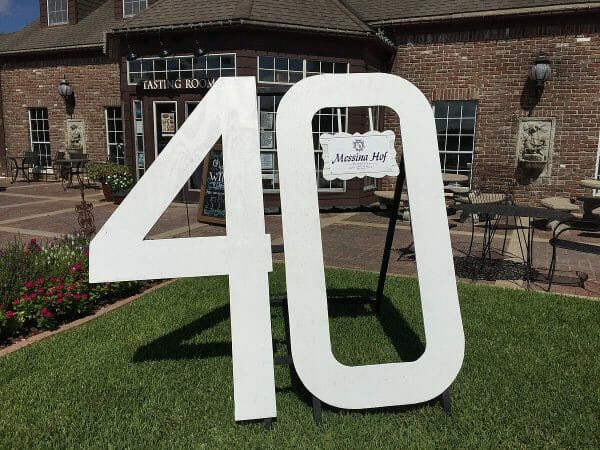 Messina Hof Winery & Resort has been celebrating their 40th Anniversary all year and for good reason. They were one of the first Texas wineries and after 40 years, they have grown into a winery now located in three areas of the state and possibly more coming.

Messina Hof has always promoted Texas wine and this year will now be using 100% Texas fruit and producing over 70,000 cases of wine for themselves, not to mention the other 14,000+ cases of wine made for other Texas wineries. This is quite a difference from the 1,300 gallons (about 546 cases) of wine Messina Hof made their first year.

Texas Wine Lover was invited to a media night on the final weekend of harvest. The weekend was to celebrate the completion of harvesting the 20 acres of estate vineyards. This is just a small percentage of the Texas fruit Messina Hof uses though. They have been working with some growers for 30 years and have only completed getting 25-35% of 2017 fruit from the rest of Texas, primarily the rest from the Texas High Plains. 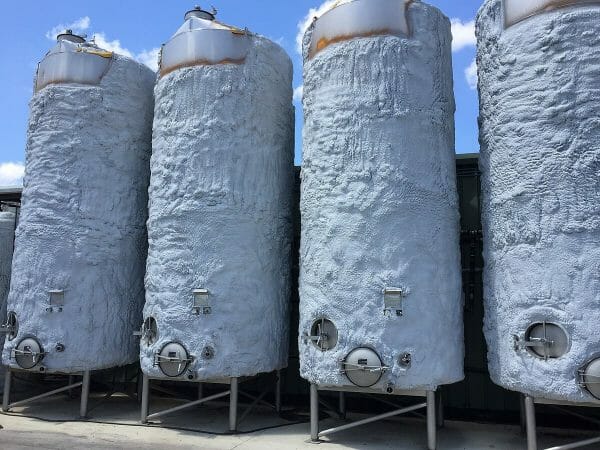 Paul V. Bonarrigo said this year’s crop will be the largest in the history of the state and Messina Hof is ready. They installed new stainless steel tanks this year in anticipation of the growth. The biggest tanks outside the winery are 9,000 liters and are sprayed on the outside with a soy foam-based insulation to keep the tank cool. The few layers of insulation takes a couple weeks to apply. These types of tanks are becoming popular because they do not require indoor space, and we have personally seen them throughout Texas and California. 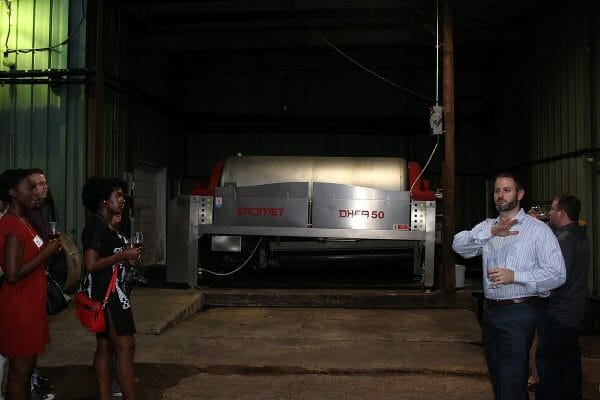 When Paul M. Bonarrigo gave the media a tour of the winery, he explained how the grape presses worked, showed inside stainless steel tanks, and then some of the barrels used during winemaking. Some of the barrels used are hybrid barrels which have French oak heads with American oak bodies. Messina Hof has offered “double barrel” wines which used both French and American oak barrels during the aging process. Today, the hybrid barrels offer the same benefit without having to transfer wines from one barrel to the next. 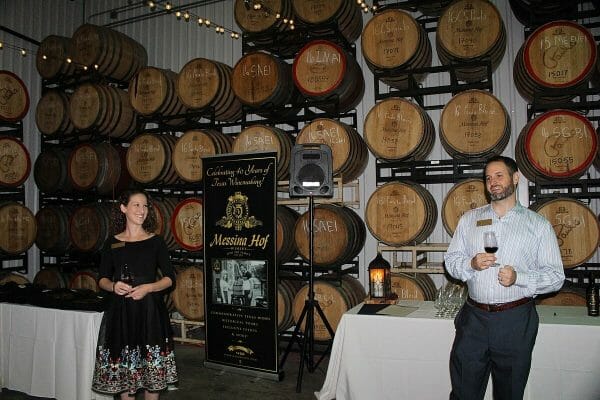 Bonarrigo explained that while the wines are fermenting and aging, they taste the different lots every day which amounts to a total of 147 wines per day. And yes, they do spit while doing so.

Even though Messina Hof has been doing great for 40 years, they are not the only Texas winery who has been doing well. They explained that at the 2017 San Francisco Chronicle Wine Competition, 37 Texas wineries entered the competition and did very well. Seven of the wineries won Best of Class awards, and only California had more Best of Class wineries, primarily because California has more wineries. 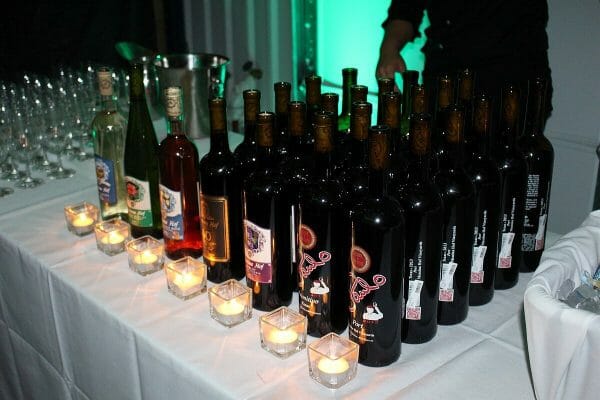 After touring the winery, attendees were able to taste a number of finished Messina Hof wines, three barrel samples, and get the chance to stomp grapes. Did we stomp grapes? After all these years visiting wineries, we have never chosen to stomp, but with the few people present, it was finally time. Co-founder Merrill Bonarrigo joined us at the same time, and we now have our Messina Hof Harvest t-shirts with both purple feet and hands on them. 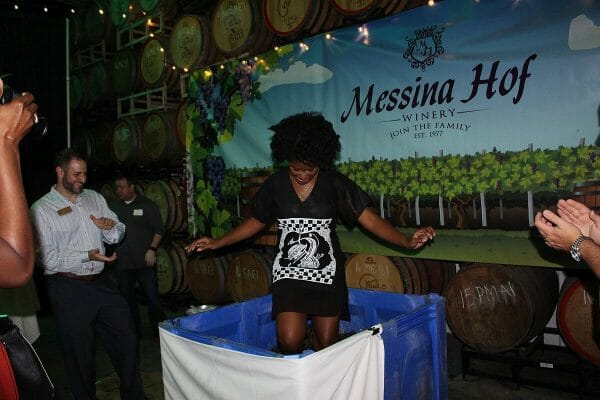